A day with the family

It felt almost like we were in Taiwan. Taking public transport together after a KTV session and buffet.. But well, we're not. Hahaha.

Randomly aunt gathered all of us once again for a meet up, it was at Cineleisure Kbox. I haven't gone back Kbox for a long, long time. I've converted to Teo Heng for sometime and it's not so bad. Comparing to the sound system, the devices, the service.... I guess I sorta know why I stopped going to Kbox for years. I use to frequent them I've got their membership card too. (I still have it in my wallet) but now, it's been almost a year since I last stepped into Kbox.

Maybe I could share my own personal views on why I don't choose Kbox anymore.

1) Obvious fact, seriously overpriced. Teo Heng may not have the most comfortable sofas or convenient location but the price you pay for Kbox is too much. Just that day, 11 of us, it was about $300/$400? It's ridiculous. Just what, 2 drinks where they don't have this and that and bubble tea you've gotta add $1 for it. And you know what's the best thing? They ran out of bubbles for bubble tea. Their Milo dinosaur? One word to describe, terrible. Just their Blueberry Soda was... passable.

2) Service was shitty. Service staff was rather rude and I guess probably new? When my brother tried ordering something that he used to order from Kbox and I couldn't find it in the menu, so I asked the service staff if there was still that drink cause it's not stated. Instead of telling me that they don't have it, she just replied me, "Oh, you see the menu lor, menu have means have." I don't need you to tell me how to read the menu young lady. Calling them to our room is like inviting super idols. (Mind you, we went on a Sunday afternoon from 3-6/7pm it was not even crowded.)

I seriously wanted to throw the bowl of snacks on her face.

Oh, I almost forgot. Remember the billing part towards the end of the session? They would usually drop the bill with you and come back later to collect it. I have no idea since when it was a trend to stare at us to make sure we give them the money on the spot. She was literally standing infront of my brother and aunt, (while my aunt was counting cash) and just she stood there, looking at them check the bill and count cash. Refusing to budge until she got the money. I mean look, we're not going to run away. Why can't you just head somewhere else first? (She had other stack of bills to go)

3) Their sound system was terrible. The microphone wires were lousy. There was no controllers to control except that stupid touch screen that Teo Heng also has it. Their microphone don't have their "covers", well I ought to say that Teo Heng do give them.

All in all, it was quite a bad experience except that the company was awesome.

We had dinner over at Kiseki Japanese Buffet Restaurant at Orchard Central. The queue was horribly long and I'm glad we made reservations beforehand. It's about $40per head for dinner.

It's a wide selection from sushi, sashimi, dessert (with macaroons), udon, soup, beef, pizza, black curry rice, chawanmushi etc. Basically your typical Japanese food you find. I would say that the sashimi was fresh, their tuna was marinated with sesame which was refreshing. I was too busy trying to eat and forgot to take pictures.....

So I stole some from my cousins. 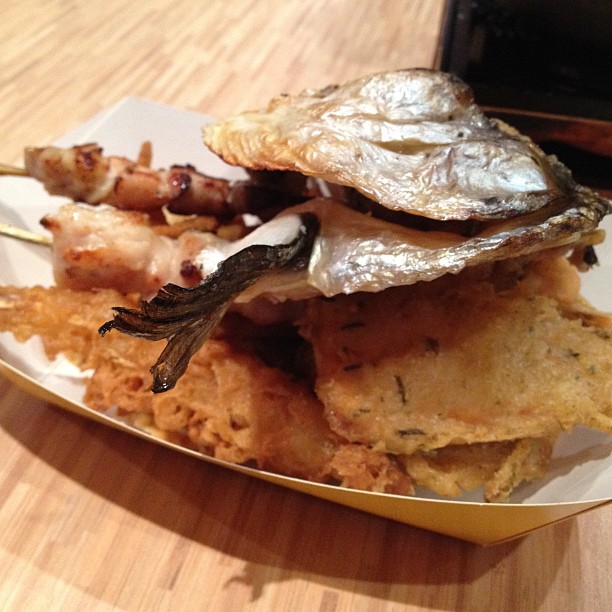 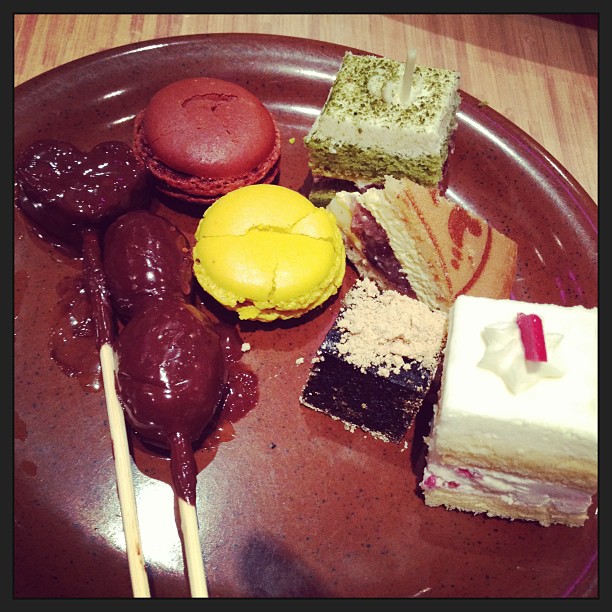 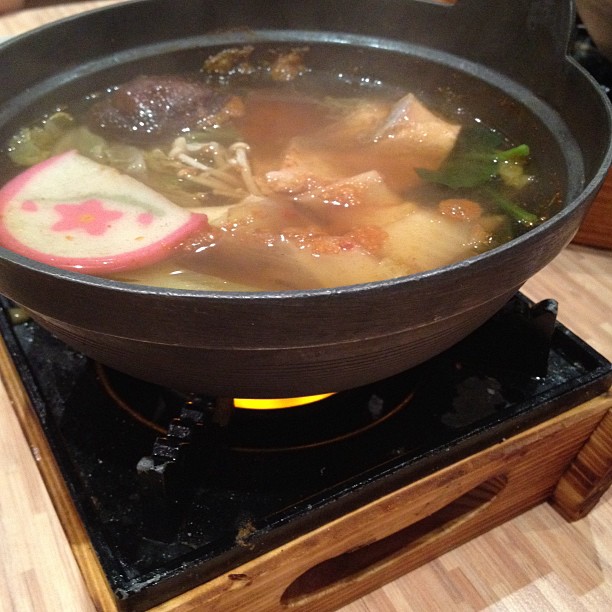 Credits to my cousin, Pei Lin for the photos. (Stole it from her instagram)

Thereafter a family gathering ended with everyone taking train home. 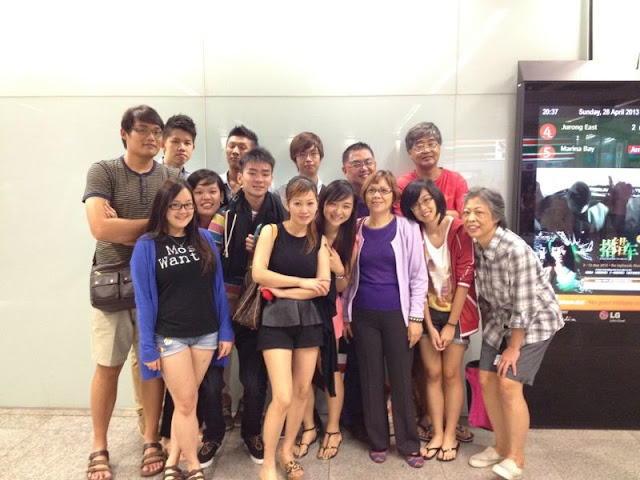