I never knew there was such thing as Thai BBQ till I was introduced to it. The chili is the best thing I would say. Not forgetting the well marinated chicken and pork. (Slurps)

My first Mookata experience has been given to this place called, New Udon Thai Food located inside Golden Mile Complex. It's quite a small stall but the queue was really long. (Which means should be quite famous hahahahaha)

Side note// I have never been into Golden Mile Complex (just the outside because of five stars tours, other then that no) and I never knew there was like a little "Thailand" inside. Pretty amazing and they had a Thai supermarket that sells like almost everything you need. (Just that some of them come in weird sizes or brands)

We went at about 6pm, so we're really lucky cause there wasn't any queue! Managed to grab a seat outside else we would smell like BBQ when we are done. We ordered their "set" which consist of pork, chicken, sotong, eggs, vegetables, crabmeat, fishballs, prawns and hotdog. They do have ala-carte for you to choose but we went ahead with the set. It was just right for the 4 of us. 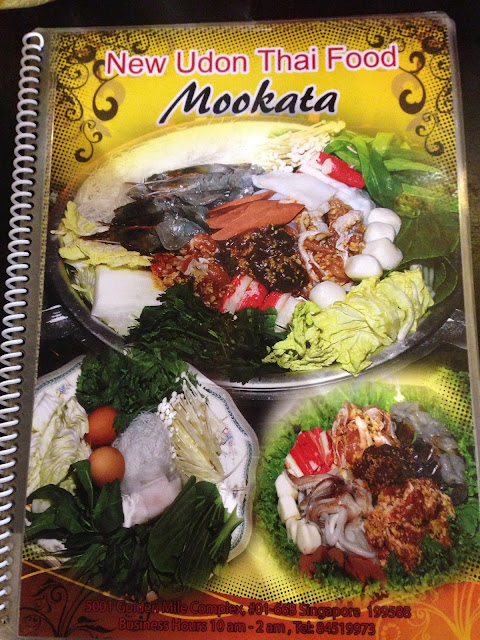 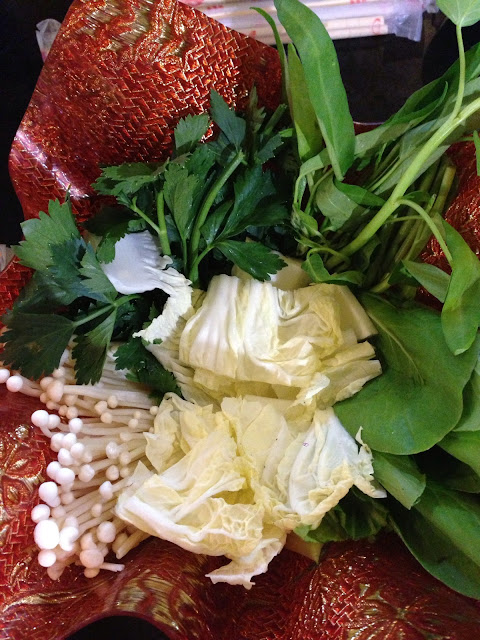 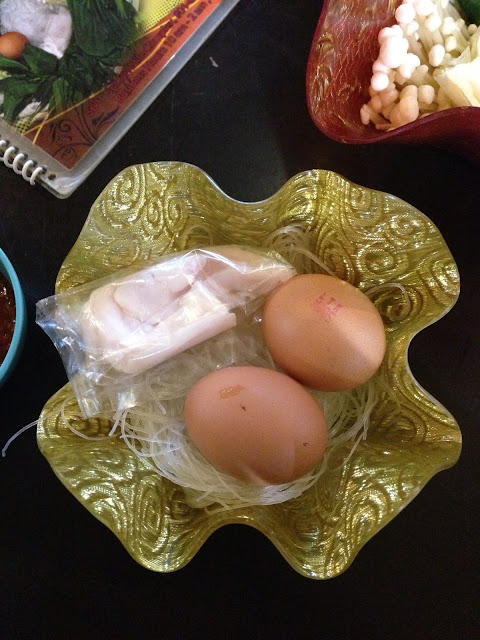 They don't use oil to BBQ they use lard instead. (That white packet of thing is the lard that we'd put on top of the BBQ pot and let the oil ooze out) 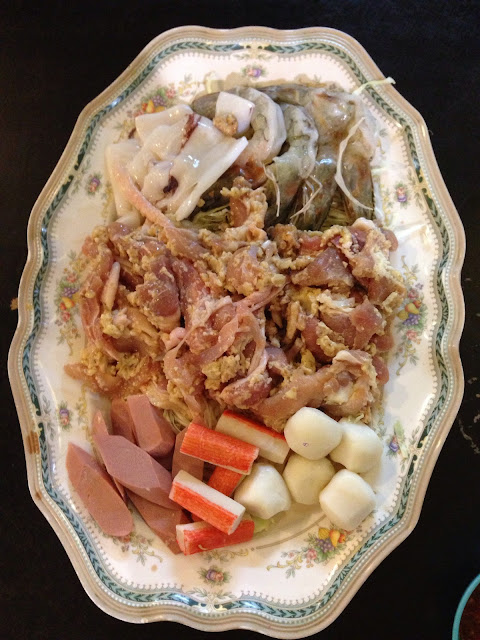 So this is what we gobbled up. Just right portion for the 4 of us. 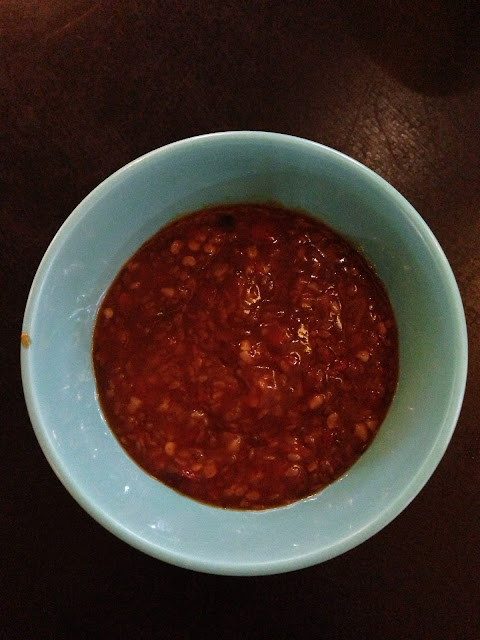 And this, is freaking awesome chili sauce. (I think they sell it separately but I have no idea how much) 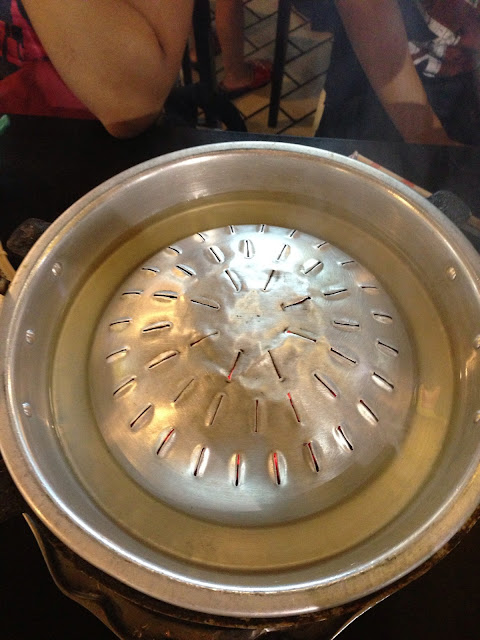 A very innovative looking pot that allows you to BBQ your meat on the concave surface and the "drainage" looking thing for your soup base. (So technically the "juice" of whatever you're cooking will go into your soup making it really "rich") 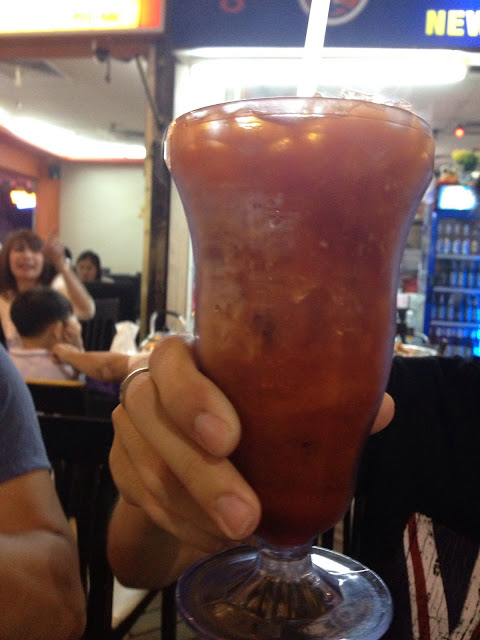 A must try according to Michelle, is their Ice Thai Tea (which I refuse to drink because I didn't like the taste after I tried Thai Express's) 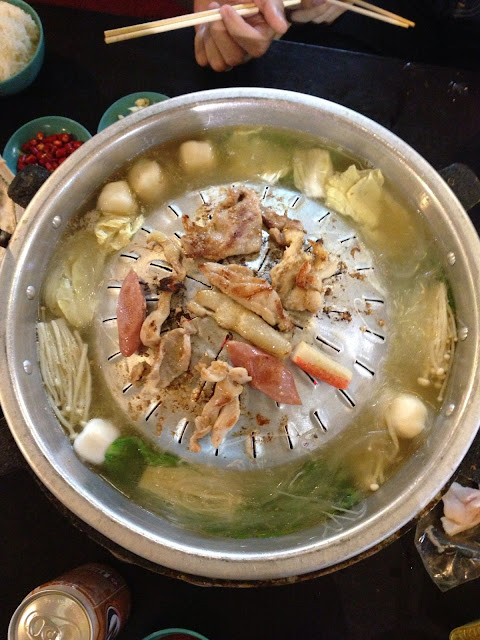 Located at:
Golden Mile Complex #01-55
5001 Beach Road
Singapore 199588
(Go in from fivestartours entrance, left turn, and walk all the way till the end it should be on your right. It's directly below the Thai supermarket.)