Just about a few months ago, he went for a long trip to Thailand for his exercise. He was away for about 16 days training in the jungle with commando houseflies and 40 degrees heat. It wasn't too bad because he was in Thailand and it was just 1 hour difference. With the help of whatsapp, internet and facetime, he actually didn't feel as far as it seems.

This time he is going further and longer away. 23 days and 6 hours apart in Germany.

Spent the entire day fruitfully with him having brunch, then took a nap, did some Marketing revisions, dinner with Michelle and Joel (like finally, have been wanting to meet up with the busy sales couple). Thanks Joel for sending us to the airport! (:

It was filled with the boys, some seem worried, some seemed rather excited, while some others just had that blank look. (reminds me of blank Jihyo in Running man) and there was us in the crowd patiently waiting for his packet of people to gather.

We spent the last hour or so roaming around the airport while talking rubbish. Finally, the clock strikes 9:30pm, it's time for us to part. Bid goodbye at the bus terminal and we went separate ways.

23 days will flash by very soon. I'd be waiting for you to come home. 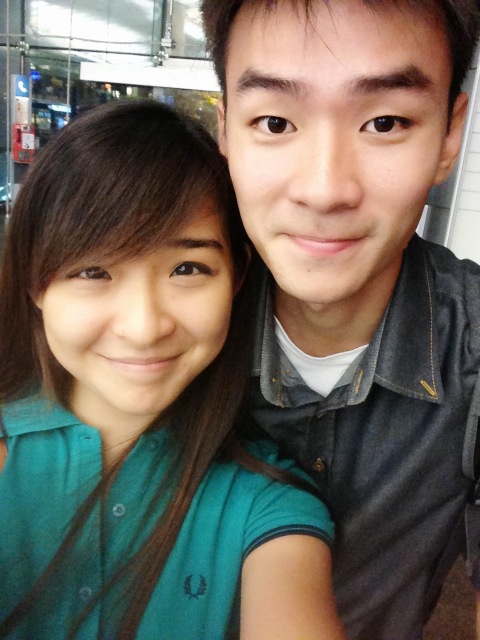