Everytime when we pay a visit to my late grandparents at Mandai, we will always end up here eating their bucket chicken and duck porridge.

They sell really good duck porridge and what's better? They operate 24 hours daily. They have dimsums too which are also available late in the night.

Just probably the bad thing is their parking, no carparks so you gotta illegal park there and plus there aren't alot of seats so sometimes you've try your luck to get some seats.

Some nights they will run out of duck then I'd take century egg as substitute. Both is good. Totally love the porridge.

So if you want a late supper and not that fattening compared to waffles, desserts or prata, you can come over here to grab some dimsums and porridge. 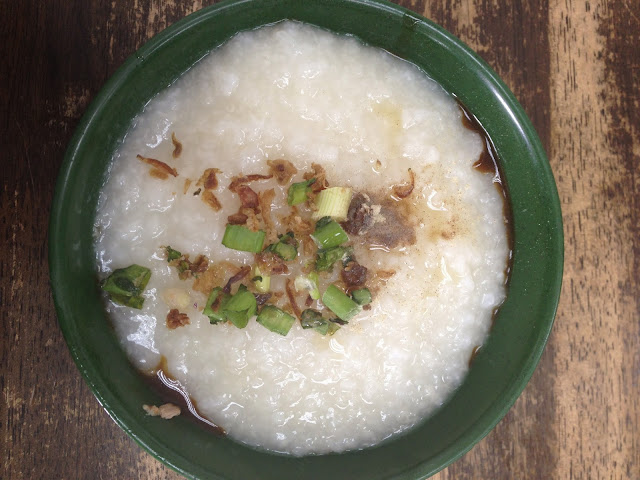 Each bowl is $3.50 (usually I'd ask for a extra bowl of sauce, it's free they don't charge you for asking for more)

They are located at:
19 Sembawang Road
(Their signage is in yellow, you won't miss it while driving pass)