Months ago there was this buffet deal that I saw on Window on the Park. It was actually for fathers' day celebration but also valid till the end of July. Since July is a special month for us, we decided to get the vouchers at a discounted price and try out this hotel's buffet. The original price per person was $64 and we got it at 50% discount.

Window on the Park is by Holiday Inn Singapore located at 11 Cavenagh Road, just right beside the express way. I felt that the car park charges were too much for their small, narrow and run down car park. $2 for the first hour and $1 for subsequent 1/2 hours.

As the vouchers has to be utilized strictly by reservations, Michael tried to call in a few times but always couldn't get through. I was pretty lucky to call through on first attempt and made a reservation at 6:30pm. Michael was pretty upset with the line being engaged most of the times he tried and when he finally got through the line, once he mentioned he had the deal vouchers the service staff told him to call back. (for no apparent reason though)

We reached at about 6:20pm and there were some crowd waiting outside the restaurant to enter. 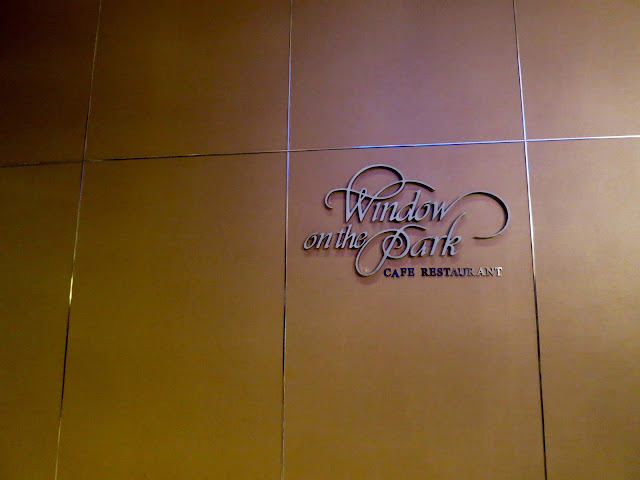 Honestly, the selection was disappointing. They only have like 1 type of sashimi, Salmon. (though I love salmon but I would like to have a variety too.) Sushi selection was disappointing but I was happy because I had Zaru Soba. There wasn't any drinks for you except plain water. Their cooked dishes had only about 8-10 varieties. For example you'd have 1 type of chicken, 1 type of vegetarian, 1 type of tofu etc. Desserts was still alright but they only have 3 types of ice cream and no chocolate.

Here's some pictures I took of the food. 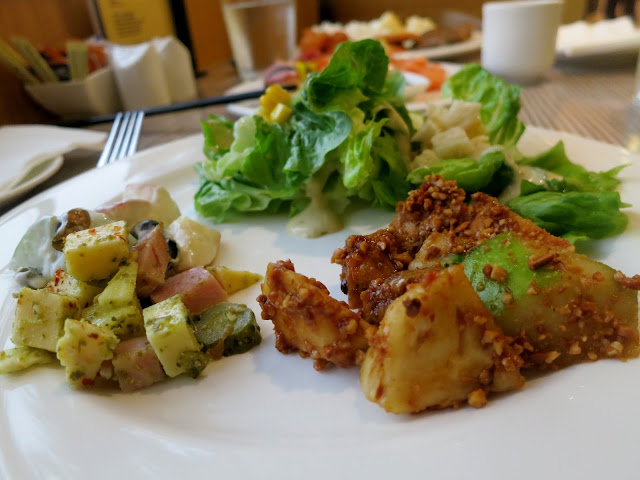 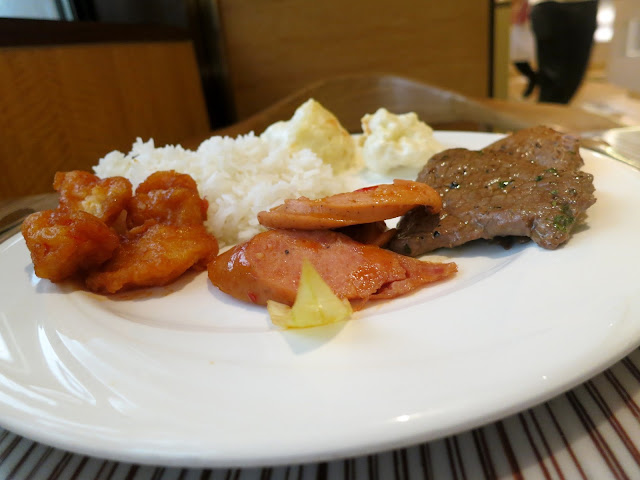 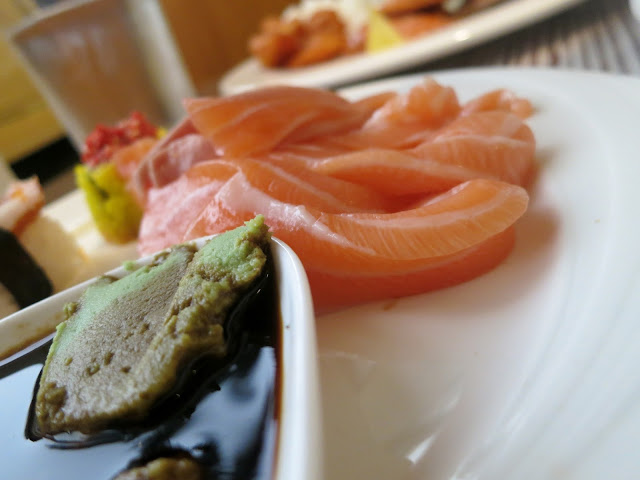 My only sashimi with duck sushi and a random sushi that I don't know what's the ingredient used. 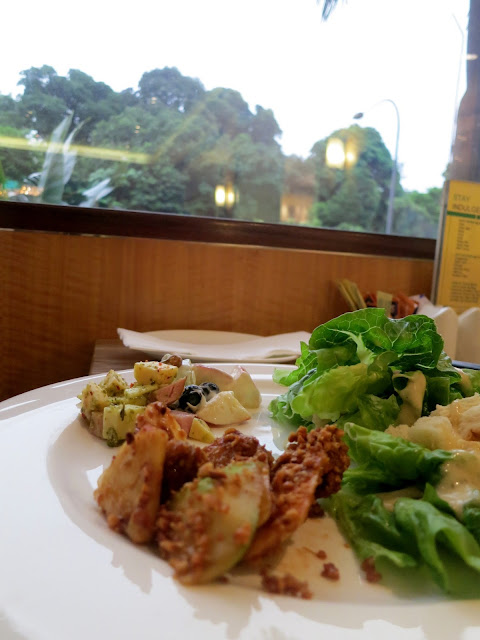 Our "by the window" view. It's the view of CTE actually. 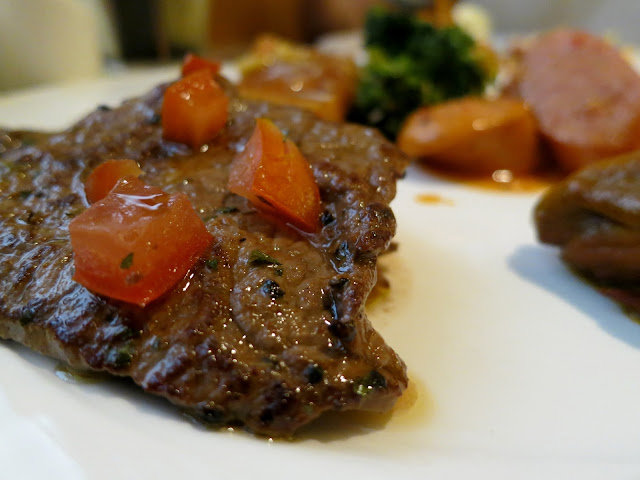 Beef which was too tender according to Michael. 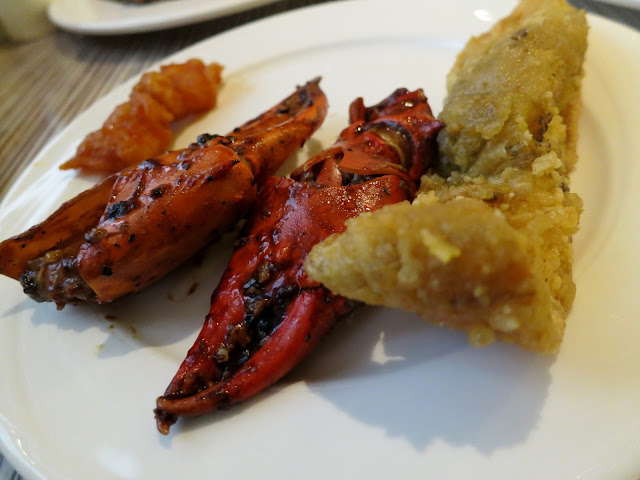 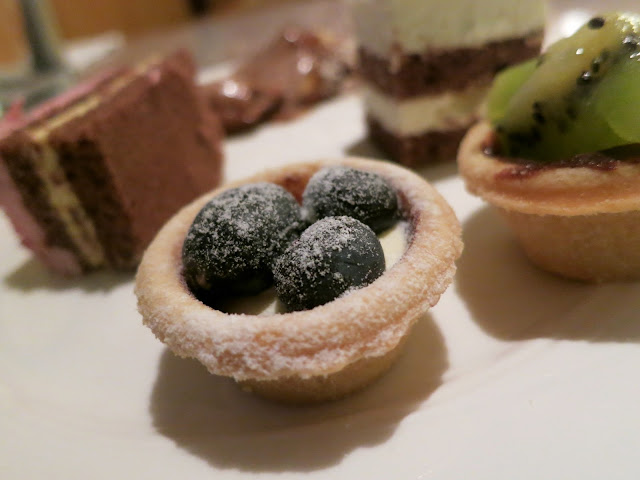 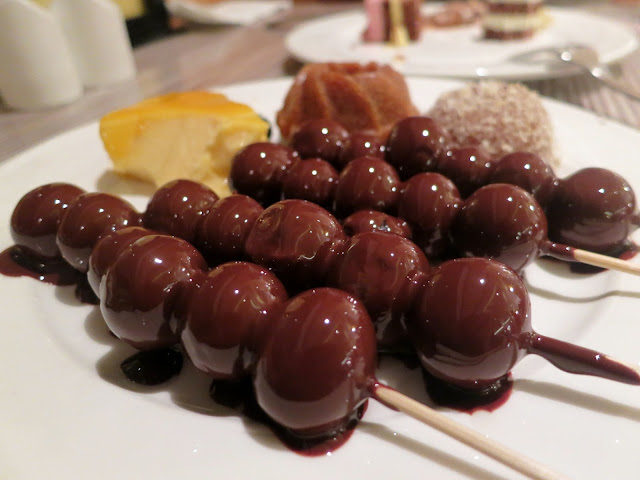 Mango pudding with some nonya kueh at the back and my self made grapes with chocolate fondue. (it's my favourite, I always make this when I go buffet)

My verdict of this place.... once is enough.

Assuming if I had to pay $64 for this buffet, it's definitely not worth it. The environment was noisy, no ambience neither good view. Not to mention the lack of variety of food. (We actually tried 3/4 of the food there excluding Laksa and Chicken Rice, so.. it's that little.)