Recently, I went to this new place (at least to me because I've not gone before) at Bugis+. Hood Bar and Cafe is located at a corner just beside the gaming zone. A small entrance that leads to a really huge place.

I did make reservations even though the crowd at about 7pm was still rather empty. Nearing at about 9/10pm it was almost full. So if you're coming late, you should make a reservation else 7pm the crowd isn't too bad.

The entire bar is pretty dim so basically you can't really see your food... which means, not much presentation on the food. We had to wait really long for our food and they even forgot our chicken wings. 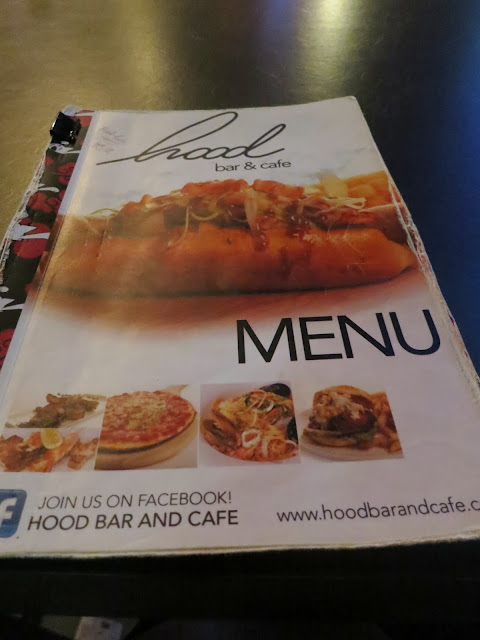 It's a pretty limited menu but not too bad for a bar. Here's the link to the menu if you want to plan what to order. 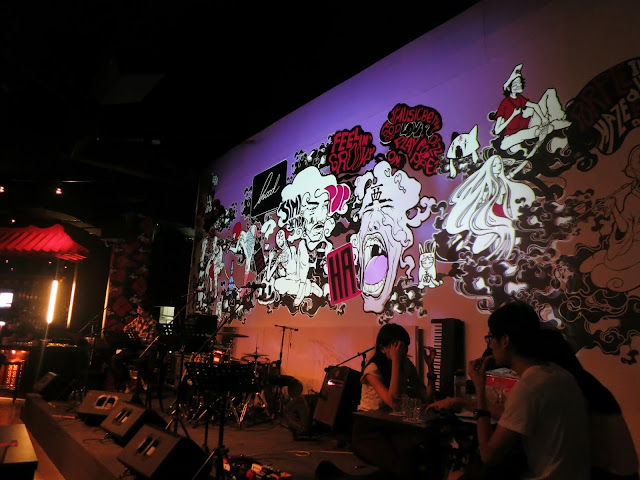 This was the first singer when I got there, I would say the most decent solo singer before the actual band came at bout 10pm. The lady after her was terrible. Terrible is the word. 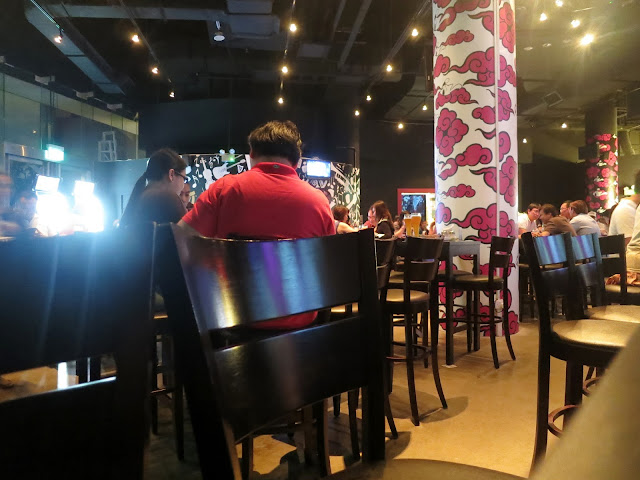 All high chairs and the tables came with a hook at the side so you can hook your hand bags. They have a bean bag seat section just towards the left of this picture but I forgot to snatch some pictures.

The lighting was terrible but thanks to Michael, he helped me "shed" some light on the food so I can snap pictures of them. 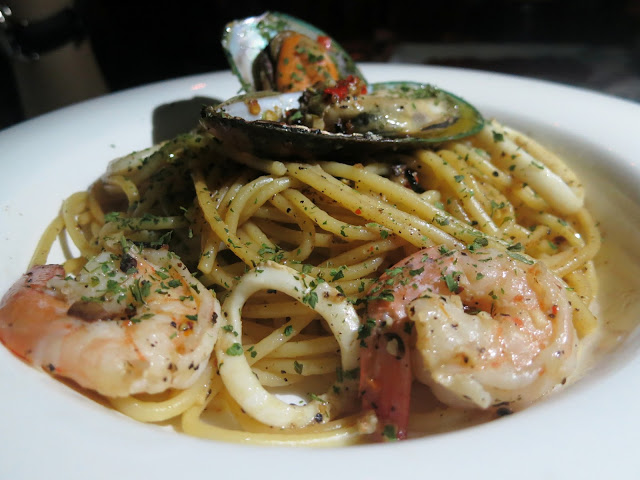 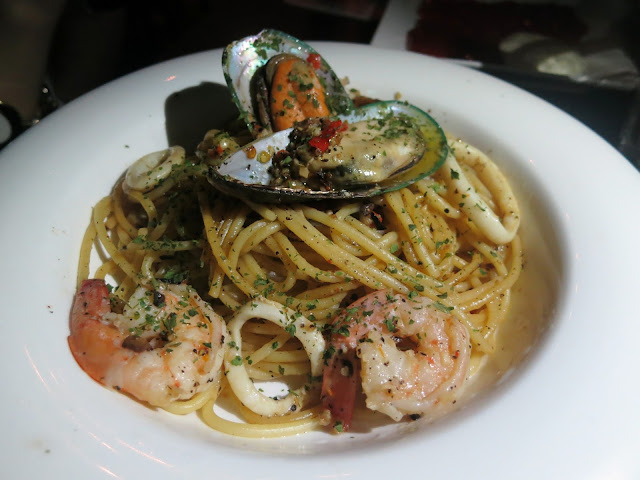 This was probably the best dish we had that night but it's quite spicy. (I kinda regret not ordering this because I was afraid it might suck. But it's good, go ahead and order this) 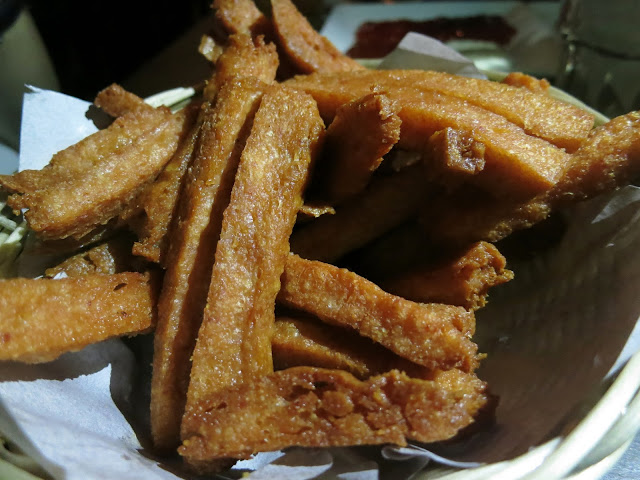 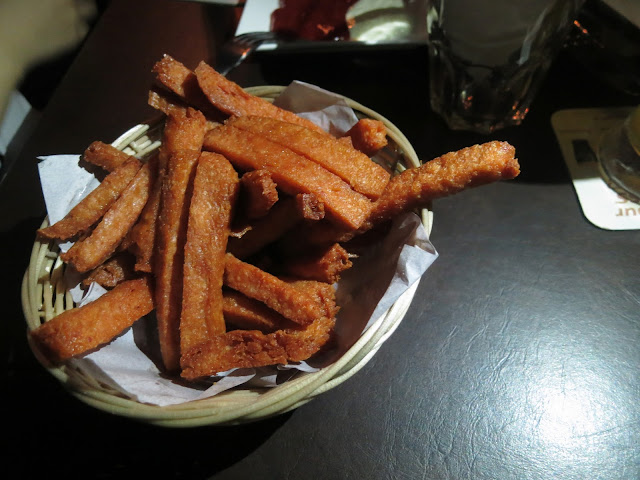 Michelle was saying, "Pay me $9 and I fry for you okay?"
It's true, although it was nice but it's nothing but a can of luncheon meat. Unless you're feeling rich, else I guess it's not really worth it. Then again... It's a bar, so you decide. 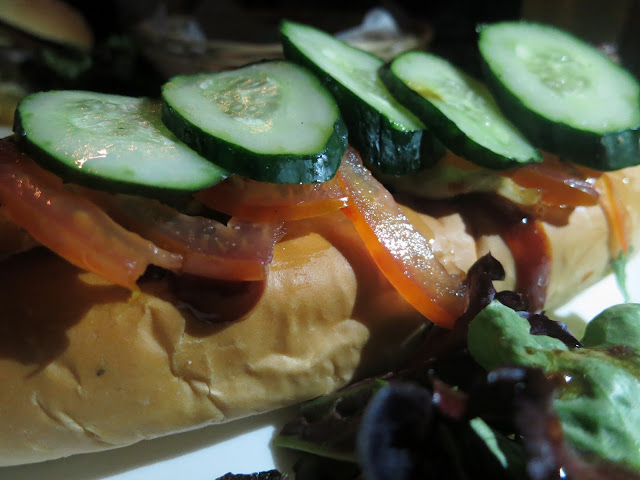 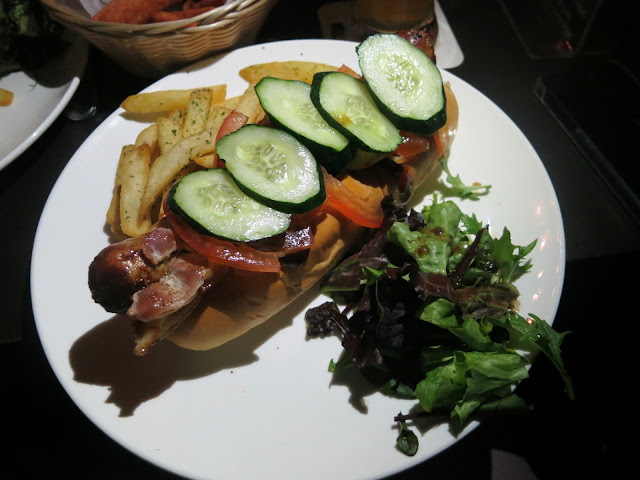 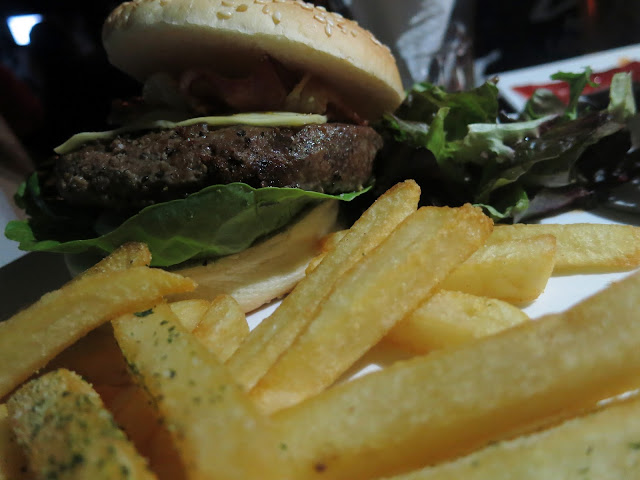 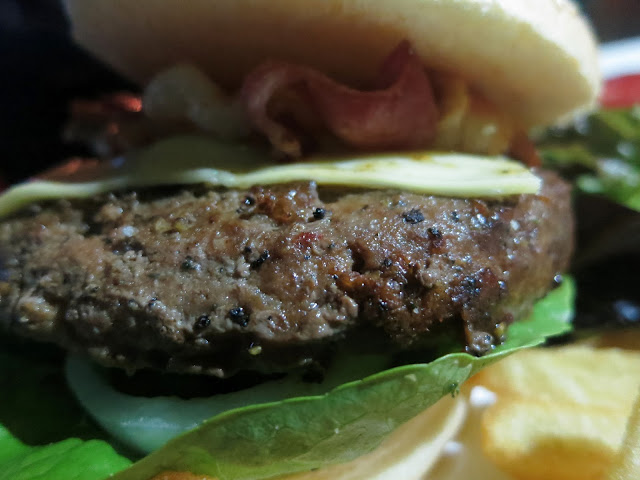 Looks good? Michelle couldn't even finish it cause she said wasn't really good. But on the other hand, Michael finished it up. So.... 50-50. 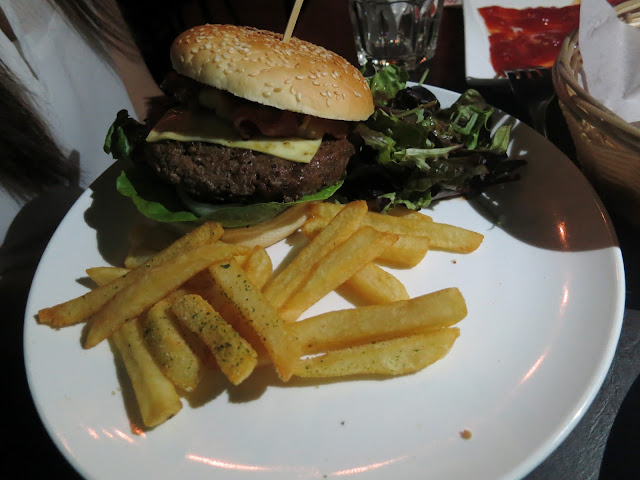 See, the fries can count one. LOL. 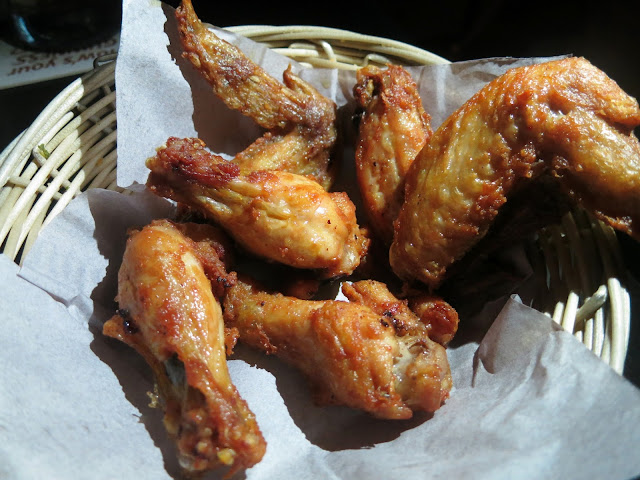 Really, $12 for 4 pieces? It's the nicest dish but don't you think a little over priced?

The total bill together with 3 1/2 pine of beer (with happy hour discount from 5pm-9pm at $5++) was about $130/$140? It's roughly about $35 per pax. The boo boo is that we had to wait for at least 30 minutes before our food came and the chicken wings were forgotten. The music was rather disappointing. I went on a Friday night, I expect it to be either the best or 2nd best band they would engage because well, it's the weekends where most people go. Shouldn't you have the best to attract customers? Just my two cents worth opinion.

Probably not going back there again because of the eerie solo girl singing and the food isn't really worth it. But of course your opinion might defer from mine so you might want to try out the few nicer dishes I've tried. Their signature burger is... no. Hahahhaa.

Enough of food, here's my company for the night. 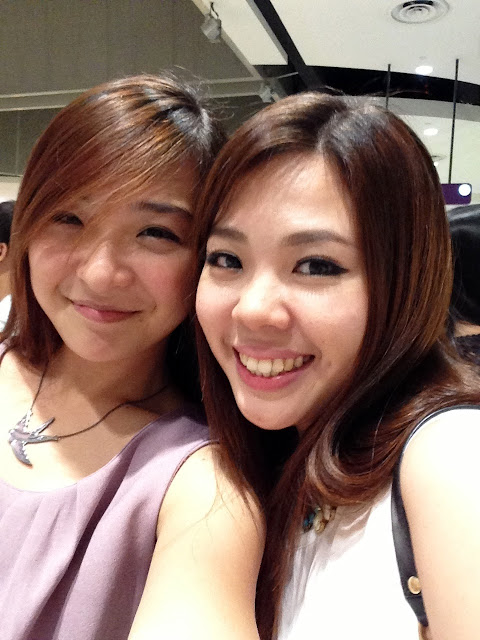 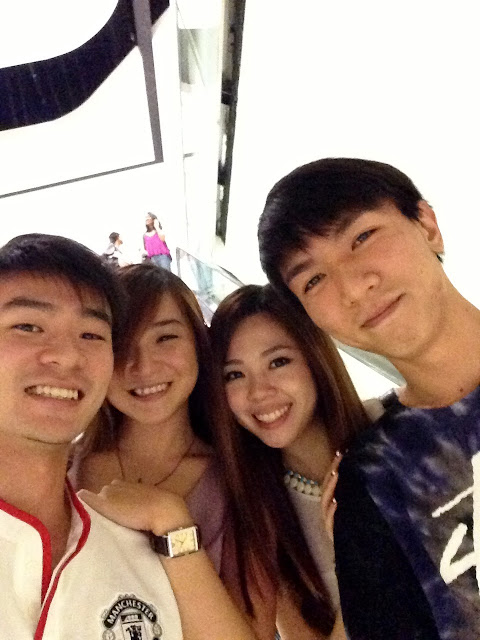 A decent group picture (except my irritating fringe)