Michael is a big fan of prawn noodles and so we went on a hunt on a underrated prawn noodles stall location in Zion Riverside Food Centre. I was reading through this week's 8 day and there were some stalls that were awarded for being underrated but awesome. Out of which, one of them was this prawn noodle stall and hence we decided to take a trip there to try out.

When we reached the food centre it was pretty empty as some of stalls weren't even opened. Was wondering why was it like that until we saw the banner stating their renovation from 1 Sept till 15 Sept then we understood why. (we went on 31 August, really lucky I would say)

It was probably the only stall with queue there. Michael queued for about 15 minutes before we got our noodles. 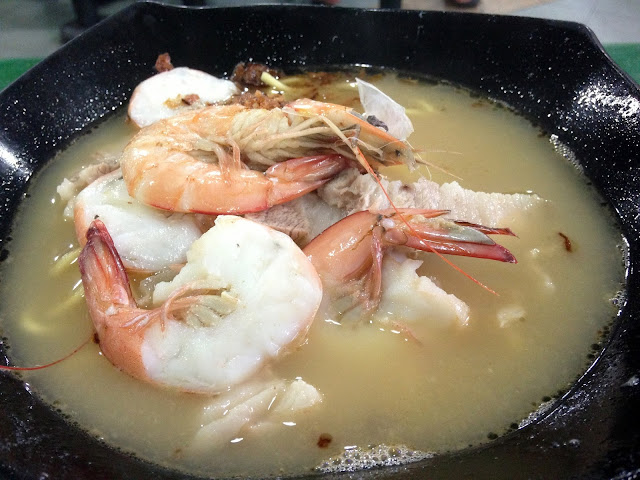 You must try the one with soup, the soup is really really good.

I'm not a big fan of prawn noodles and whenever I do eat them, I will have it dry. But because it was recommended to try their soup, I decided to give it a try and it was worth it. The soup was really thick and tasty. The portion of the noodles was really a lot for $5 and there were at least 2 big prawns.

I would like to eat it again when the food centre re-opens. Or unless I find somewhere else better then this is.