I'm quite sure that many of you would have heard or even tried this famous Katong Laksa. I've never liked eating clear noodles (because it's just so slippery and I can't seem to eat them properly everytime I do) but this Laksa is different. Why? Because I don't need to use chopsticks to eat them. The clear noodles are chopped up into bite size! You can just scoop them up with a spoon and put it in your mouth and enjoy the delicious Laksa.

There's quite a few replicas claiming to be the famous Katong Laksa. Here's a photo to show you how the real one looks like. :) 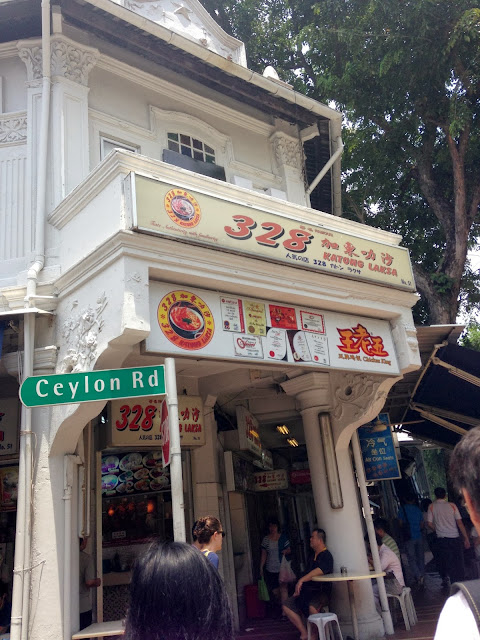 It's at Ceylon Road, so this is the authentic one. (There isn't any other "authorised retailer" to my knowledge though) 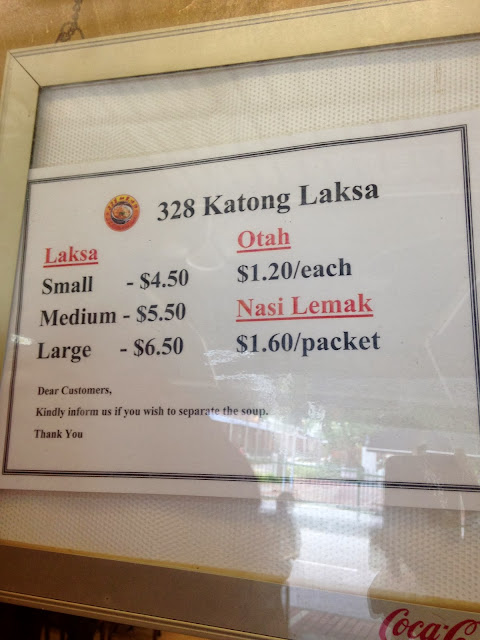 There used to be no queue-ing line but now there is. Beware of a grumpy old uncle that would scold you and make you go out of the restaurant just to wait behind the queue line until you're called by him and assigned to your designated seat.

We were waiting outside the stall and realise that they put up a small standee signage that stated "please wait to be seated". But for many years we've came, it was never the case we had to wait to be seated, so we just thought it's to keep us in the line so we don't cut queue. After waiting for about 5 minutes, a group of people left and we made our way in to occupy their seats. To our surprise, we got "scolded" by the uncle.

Uncle: I got ask you to come in meh?

Uncle: We need to clean the table you go outside and wait to be called.

Us: (Cannot clean the table when we are seated?)

As we haven't gone back there for a long long time, we did as what we were told. Though a little unhappy but perhaps they had changed how they operate their business.

So finally, the uncle decided to call us in and took our orders. Laksa is ordered by one person, drinks another person and if you would like Rojak, you gotta go outside and order yourself. 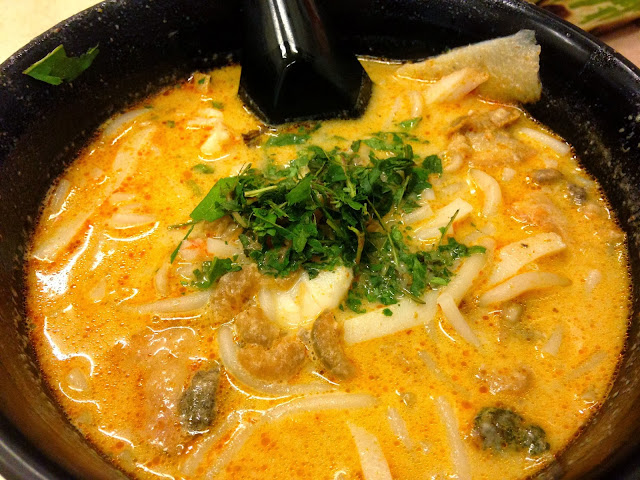 Here's the delicious laksa! (If you don't take clams, they would give you extra prawns and fish cake) 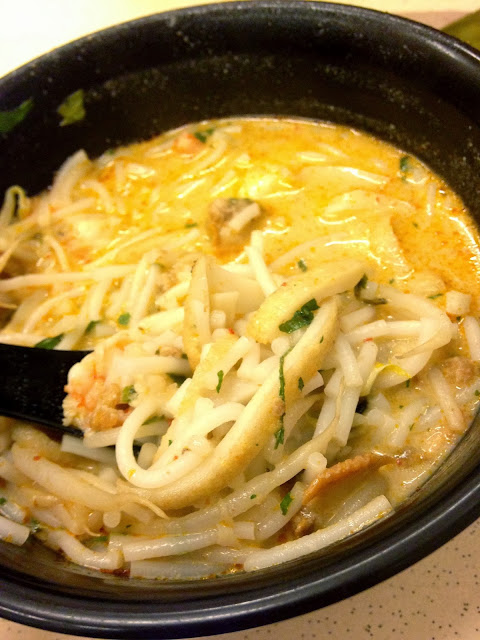 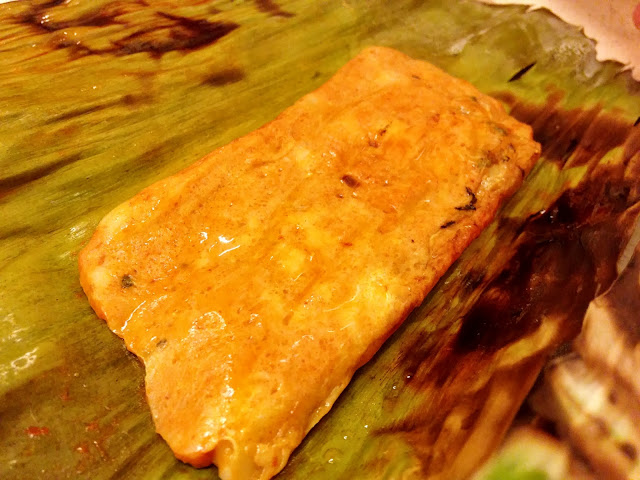 Michael loves the otah there so every time when we go it'd always be 1 medium, 1 small with a otah.
Otah is $1.20 each

While we were eating, we observed that we weren't the only ones that came in to look for seats ourselves when we saw that a group of customers went out. Over two similar incidents that when a group of customers in the restaurant finishes and leave, those waiting outside would automatically come in to occupy the seats on their own. So the uncle came again to "scold" them as well. He even made them stand up from their seat and go out of the restaurant (even after the table was cleaned and they were already settled down) and come back again to sit at the same seats. Although I understand that the uncle has a point to make that perhaps now their system works this way. You queue outside the restaurant and they will assign you a seat when it's ready. Unlike in the past we just find any seat we like. However, to me it seems a little too inflexible to ask the customers that had already settled down to get up and out of the restaurant and come back in again. It's not really productive I suppose? But well, there's nothing much you can do about older stalls like them. You can't really find another Nonya Laksa as good as them. So if you want to eat, you just gotta put up with it. (Totally reminds me of Victor's Kitchen Dim Sum)