So I'm back from my trip and yes, I can't wait to blog but have been pretty busy since I came back.

It'd probably take me quite awhile to finish up on the entire trip, please bear with me. :)

Before I start blabbering non-stop, I would like to thank Lionel, for doing up such a wonderful itinerary and Allynn, as always for the appendix, maps and also getting all the flights/accommodation. Together with Mike, they had been great companions for this trip.

Air ticket for Air China was $678, accommodation for Robert Jung was approximately $345 per pax for 10 days (including the days we abandoned the apartment to fly to Jeju). We spent approximately $158 for EasterJet and Jejueco Suites.

Our flight there on Air China departed at 00:15 (depart from Singapore) and arrived at Seoul at 11:50 Korea time (including transit) roughly about 10 hours. Trip back departed at 13:05 (depart from Seoul) and arrived at Singapore at 21:45 Singapore time (including transit) roughly about 9 hours. Our transits was about 1-2 hours each time.

I have never taken Air China so I was a little skeptical about it in the first place. After learning that Air China is part of Star Alliance, I thought to myself that since they are a member, it shouldn't be too bad. True enough, the flight to and fro with them were pleasant. No major hiccups for me. The food tasted fine, nothing to complain about. Just that the cabin crew isn't that attentive and you might need to wait awhile if you call for them.

I took some random photographs when departing from Singapore to Beijing on 16 December. 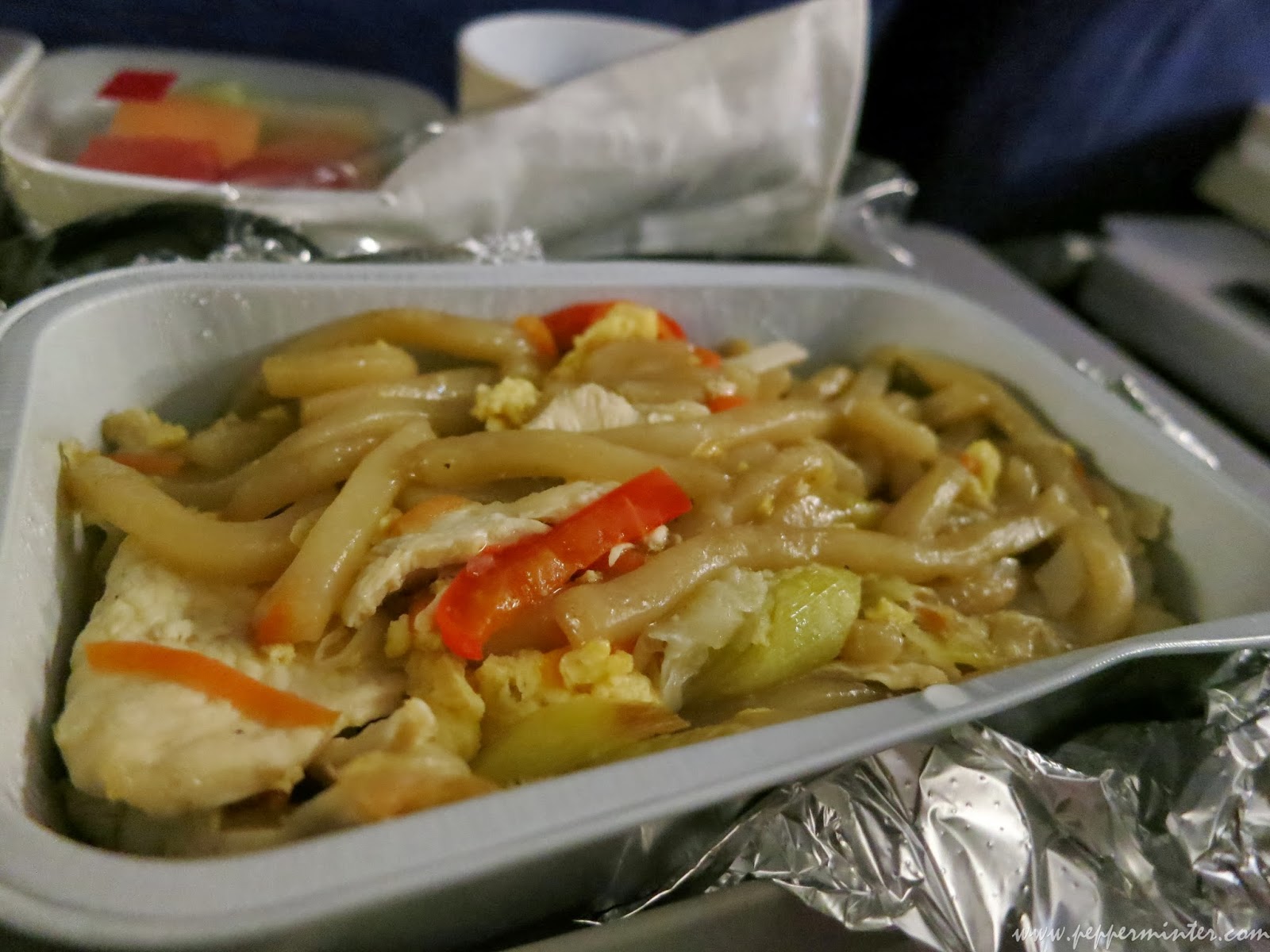 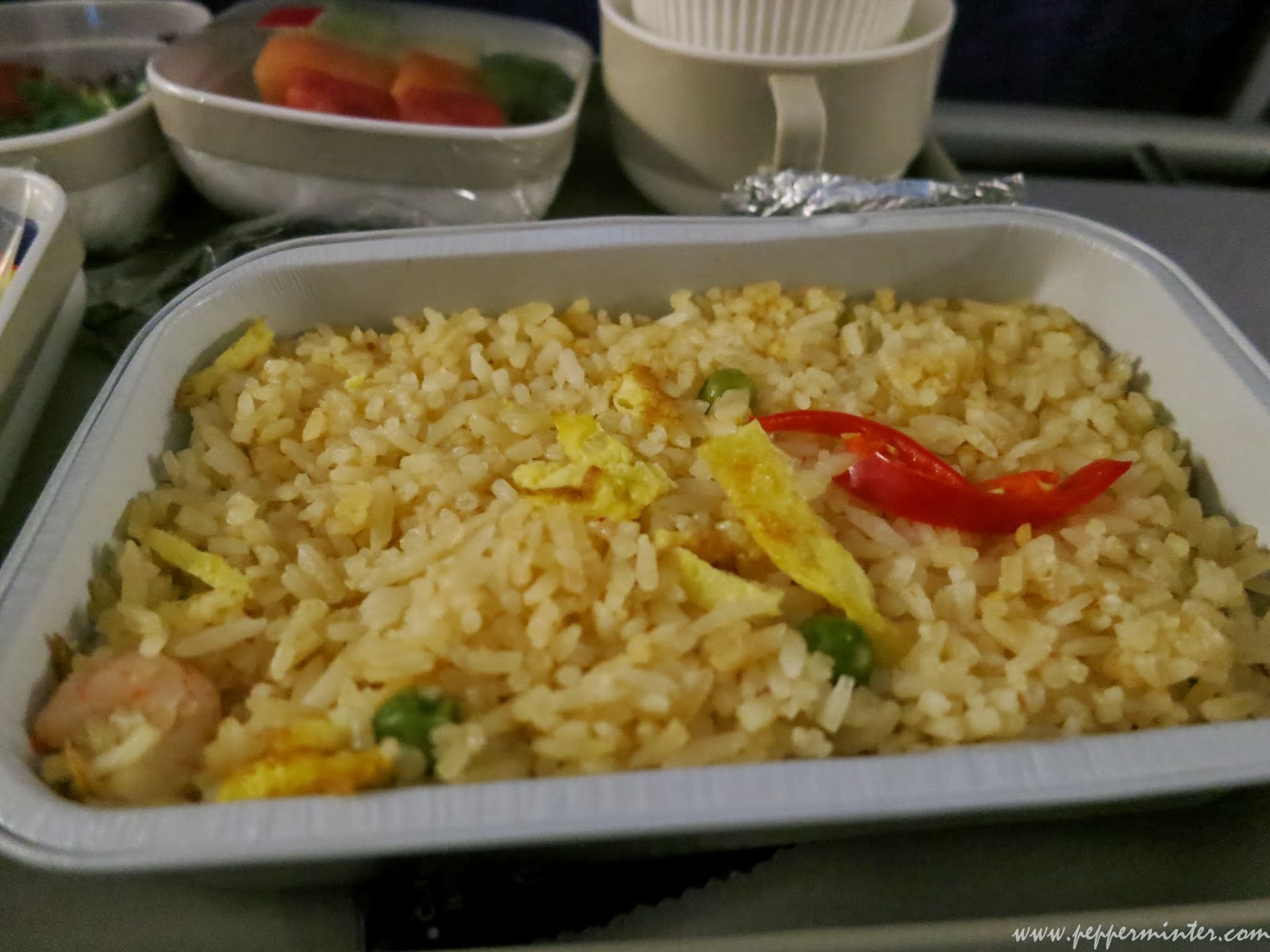 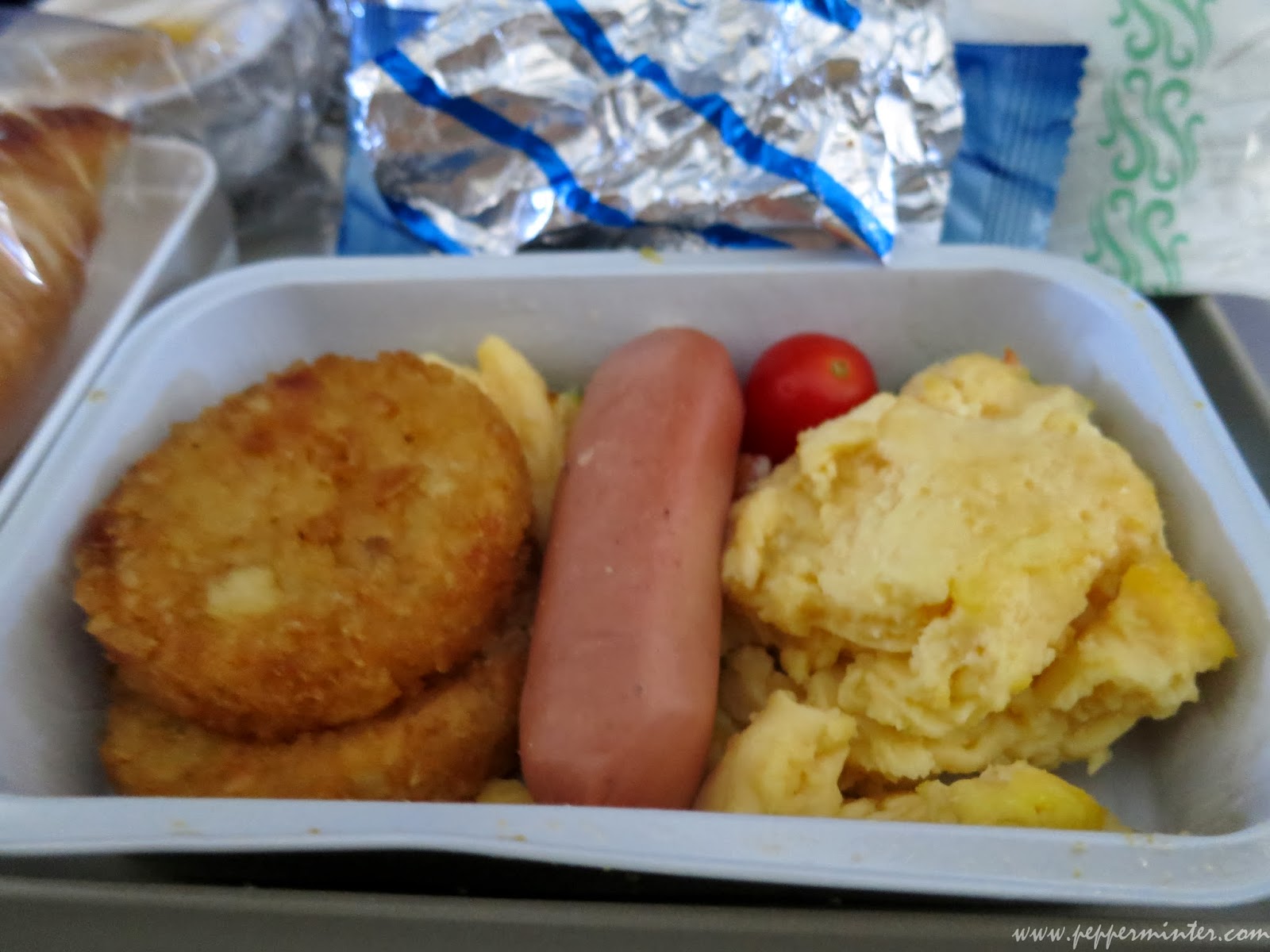 While the flight there was fine, the flight back had a little slight hiccup.

Incheon International Airport is really huge. We travelled to airport at least 2 hours ahead of time and yet we didn't even have time to shop because of the long walks and tedious check in procedures! We had to queue for almost 45 minutes to check in our luggages and get boarding passes even when we had reached airport 2 hours in advance. (The queue was terribly long when we arrived 2 hours in advance, can you believe it?) Finding the tax refund counter also took us a long time. The tax refund counter is located in the departure hall Gate 28. There's 2 major companies that refund taxes. One is in orange and the other is in blue. Their counters are side by side though. Across them about 2-3 minutes walk you will see a counter that gives you the chop that is required for your tax to be refunded successfully.

Basically here are the steps you take to do a tax refund: (I do not have any photos nor did I take note of the counter name because we were kinda rushing)

Participating merchants usually display either logos outside their stores. At Paju Premium Outlet, they automatically gave me the tax free claim form. However, when we went to Zara, we had to ask for the tax free claim form. Just remember to look out for these logos and get your tax refund if you're buying alot. If you want to read more about how it works, you can click here to find out.

After our mad rush claiming taxes, we took a 'sky train' equivalent over to the gate 109 which was quite a distance from the main departure hall. The difference between that 'sky train' and Singapore's sky train is that once you board it, you can't return to where you depart from. (I have no idea what's the rational)

We found gate 109 and we settled down with some Dunkin' Donuts while waiting for the boarding gate to open.

Unfortunately, because 2 passengers were late, our departure time got pushed back by 30 minutes. Which means that we do not have enough time to travel from one gate to another gate for our transit. Not forgetting we have to get through the international transit gantry, then to the security checks and finally out to find our transit plane gate. So just bout 30 minutes before we landed in Beijing, we alerted the cabin crew about our transit flights and they shifted us to the first row with all our hand carries with us. Right when the door open, all 4 of us dashed out and started running for our lives flight. (It feels like my first trip to Bangkok when I almost missed my plane) Thankfully we made it through all and safely got back home on time. (hooray!)

Flights with EasterJet was good. Like any budget airline, they do not have any entertainment system and the fleet is about the same size as Tigerairways. It was just an hour' ride over so I just snoozed throughout the entire trip.

We stayed at a apartment run by host Robert Jung. The location is fantastic. It's minutes walk from both the airport line and the normal subway line at Hongik University. Easy to find and just right opposite is a shopping mall. Robert picked us up on the first day when we arrived and brought us to the apartment. I would recommend you to stay here if you are travelling in 3s. You can still book it if you have 4 travellers but I wouldn't recommend this room of his because it only has 3 beds and the spare bed isn't comfortable at all. You could look through his listing for 4 beds.

Here is the link to the room we stayed. Below is a short clip of how it looks like now. Slightly different from the pictures. (positioning of furnitures)

For the price of $345 over 10 days, it's definitely worth it. There's a equipped kitchen with utensils, kettle, pots and induction stove for you to cook. Toiletries such as hair dryer, towels and shampoo/shower gels are all provided. The room has a good heater keeping us warm from the cold.

In Jeju Island, Allynn managed to grab a great last minute deal and thanks to that we stayed in a beautiful suite. We stayed at Jejueco Suites which was located at Jungmun, Jeju-do. The ride from the suite to airport on our departure day was about 2 hours (inclusive of waiting time for the bus). Unfortunately I forgot to take photos of the suite we stayed in but it's true to the pictures on the website. [I just realized I did take pictures of the suite, please see here for the pictures] There's only 1 double bed so we took turns to sleep in the living room on their futon and sofa pull out bed. We had a balcony attached to our room and it was great because when it snowed at night, we could play with the snow right at our balcony!

Both accommodation were fantastic! If you're heading over, put this 2 as part of your choice!

Allynn had searched various drivers and gotten quotes which was roughly about the price of ₩120,00 to ₩150,000 per day of 8 hours, which usually is 9am to 6pm. After much consideration, we decided to go with the one that our Jeju hotel recommended us with. Man, I'm glad we did because he was a fantastic photographer/driver/tour guide and speaks good English and some simple Chinese. Thank you Mr Koh! You've been an awesome guide for us in Jeju!

Here's his details should you be interested to engage him.

Now.. finally here's best part of my entire trip apart from all the goodness above. In order not to create a ultra long post and take a long time to release it, I've prepared it as a summary table of  the places we've travelled/visited. Please click on each link for more details and pictures! (I'd try my best to complete before I fly again in another 2 weeks' time!)

Disclaimer: I might mix up details by accident so pardon if it's not 100% accurate. I'd try to keep it 99.9% accurate!

Travelling on your own without any local tour guides has its own excitement and fun. In these 10 days, we got lost, we tried random stuff, we went to random places and we made last minute changes to our itinerary. Everyday was a new adventure day with getting lost and finding our way. In the midst of getting lost, we had fun going into random diners for lunch/dinner and trying out unknown street food that we had no idea what was it. I would love to do it again, not just with Korea but with all other countries in future that I'd be travelling to.

If you're like us, travelling on your own for the first time, this application that Allynn had found is very useful. (Credits to her as with the application, we could find out the travelling time, route and also the cost of it.) The app is able to show you the shortest route and details of which line to change at which station. It's really highly recommended and you do not need internet access to use it. That's the best part about it. But be sure to download all its updates first or you could do what I did which was to bookmark all routes before heading out.

And if you have missed out my pre-travel post, you can click here to read about what did I bring over in-preparation of Winter.
Posted by Ranielle at 10:25 PM