Woke up to the same breakfast at Jejueco Suites and it snowed once again. Seeing Jeju for the last few moments before we had to go was kinda sad. We went back to our rooms to snooze a little while before Alex the house keeper of Jejueco sent us to the bus stop to take the airport express bus.

It was about slightly 15-20 minutes drive before we reached the bus stop. When we reached, we bought the tickets for the bus at ₩3,900 each. It's supposedly an hours' ride from where we were till Jeju Airport. 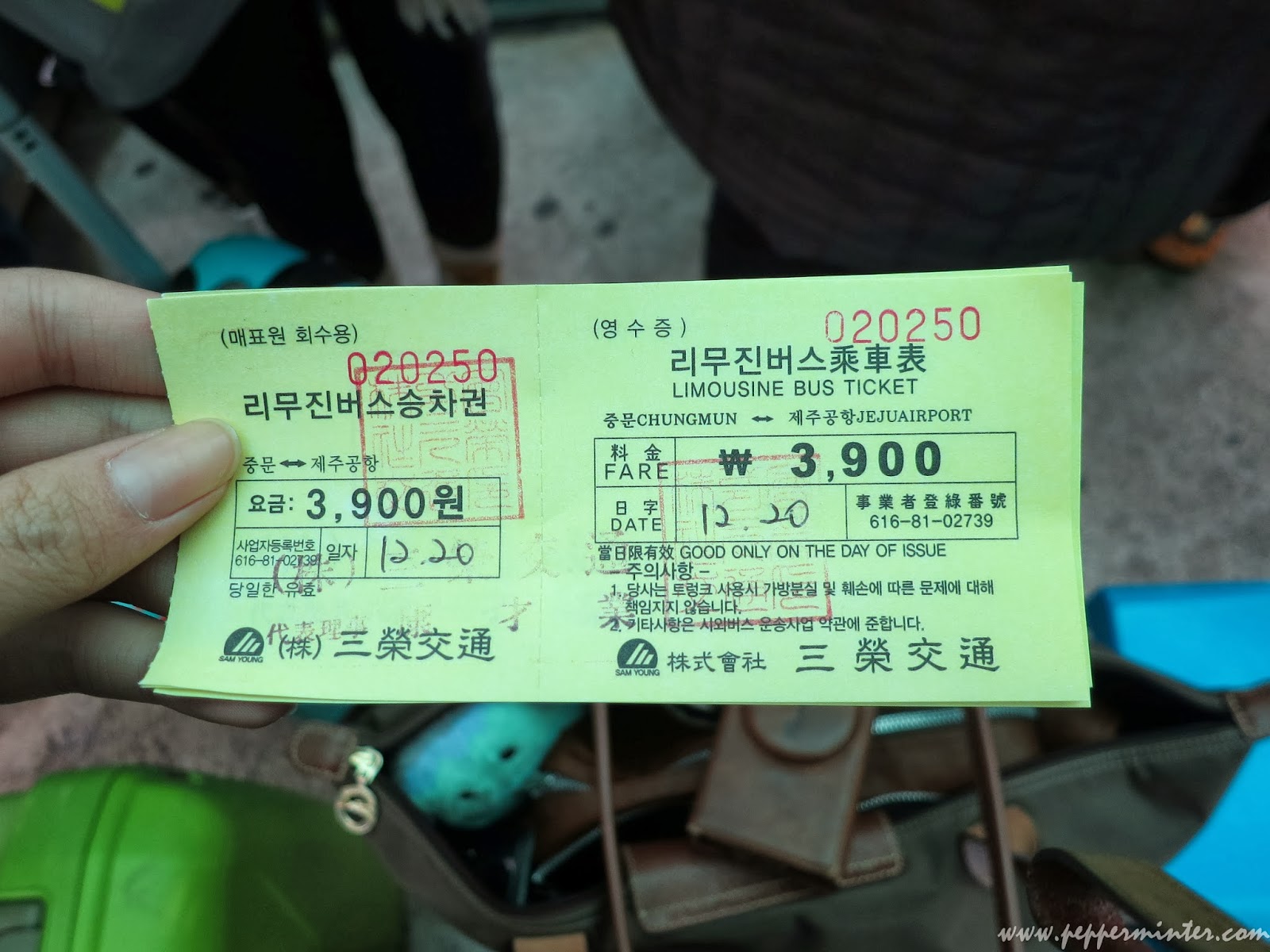 In the end, we managed to figure out that she wanted us to follow the other fellow Koreans to walk to another bus stop further up to wait for the bus. 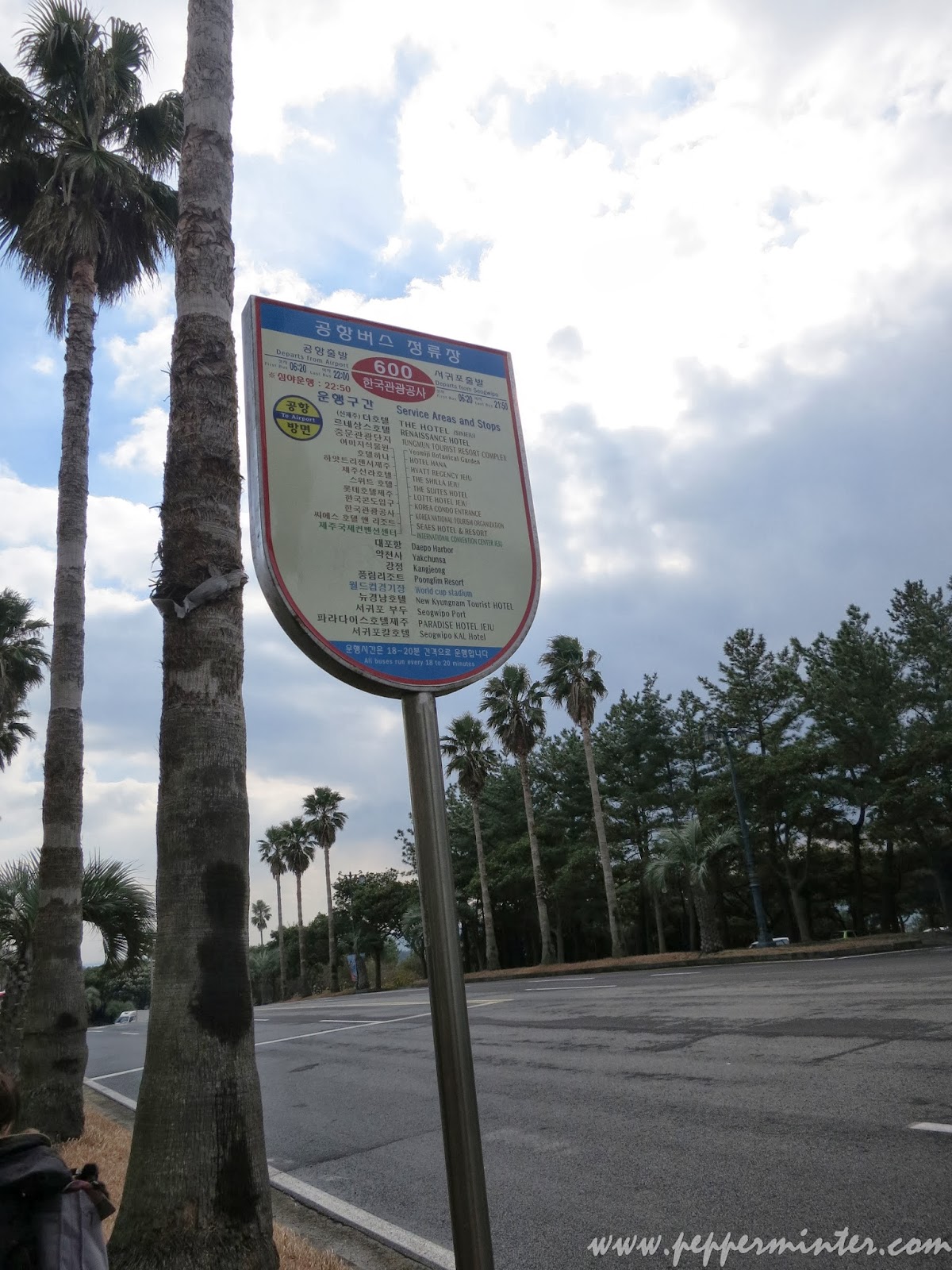 We have no idea what to do except to trust her and followed the other Koreans. Thankfully, one of them knew a little English and we double confirmed with him and began waiting. The wind was so strong and cold plus there was totally no shelter at all. The wait of 15 minutes felt like eternity.

After we board the bus, we realize that the bus route over to a lot of hotels picking up passengers and the station that we were at was actually the last station. Which explains why the bus was pretty full and we couldn't board. Still glad we made it on time to Jeju airport for our flight. Oh, I snoozed again while on my way there. 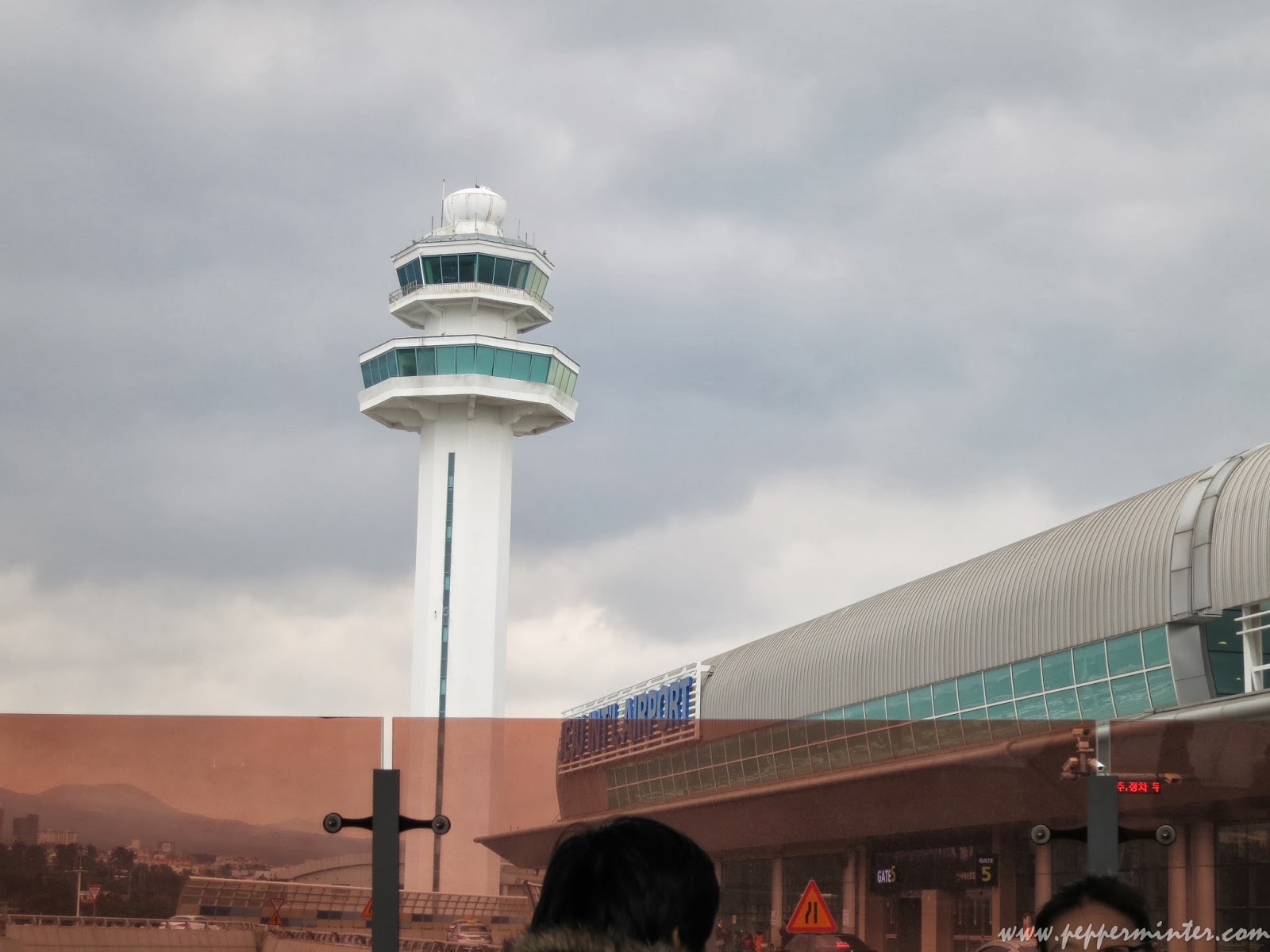 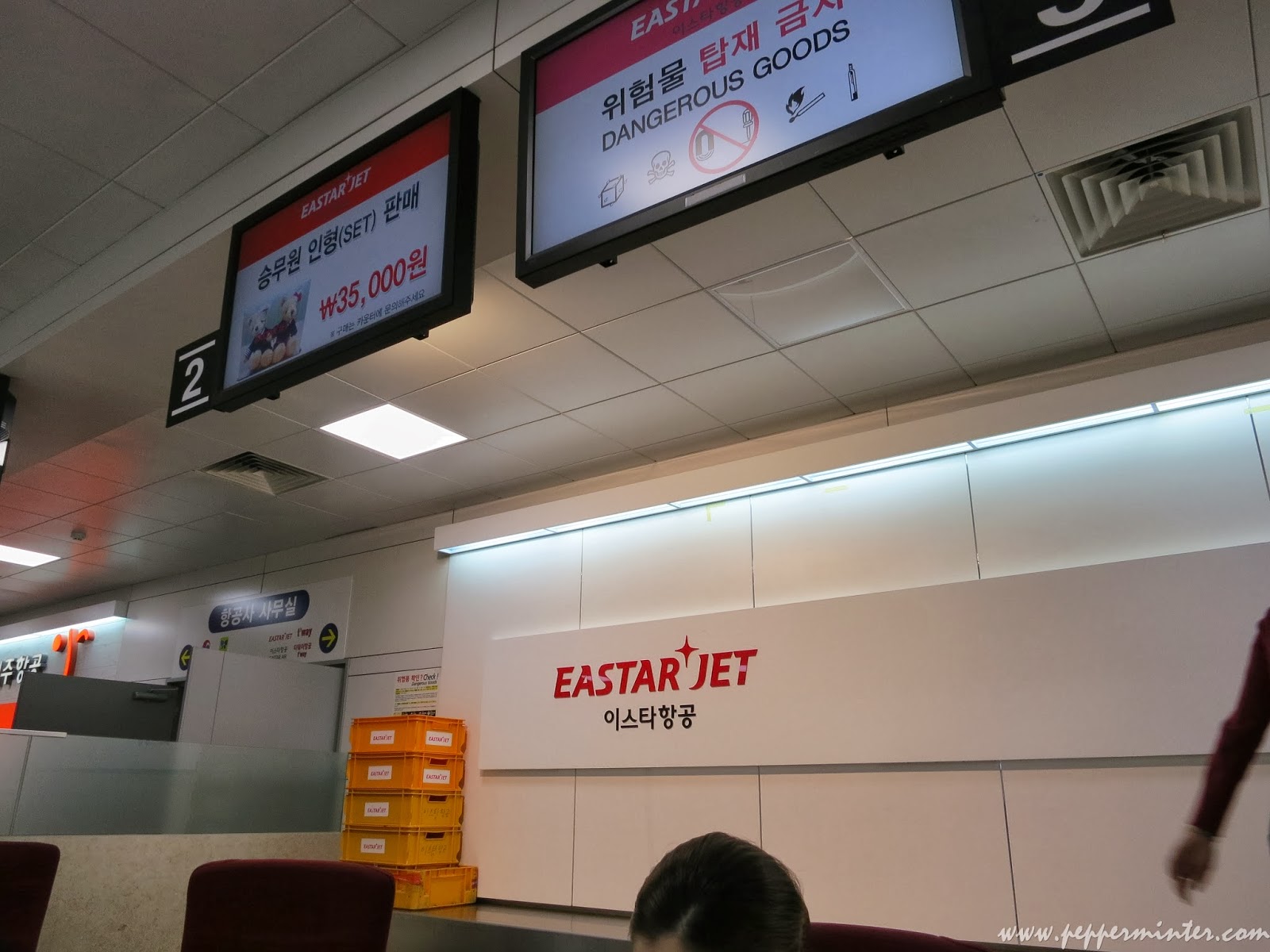 After checking in both our hand carries we decided to look for lunch. 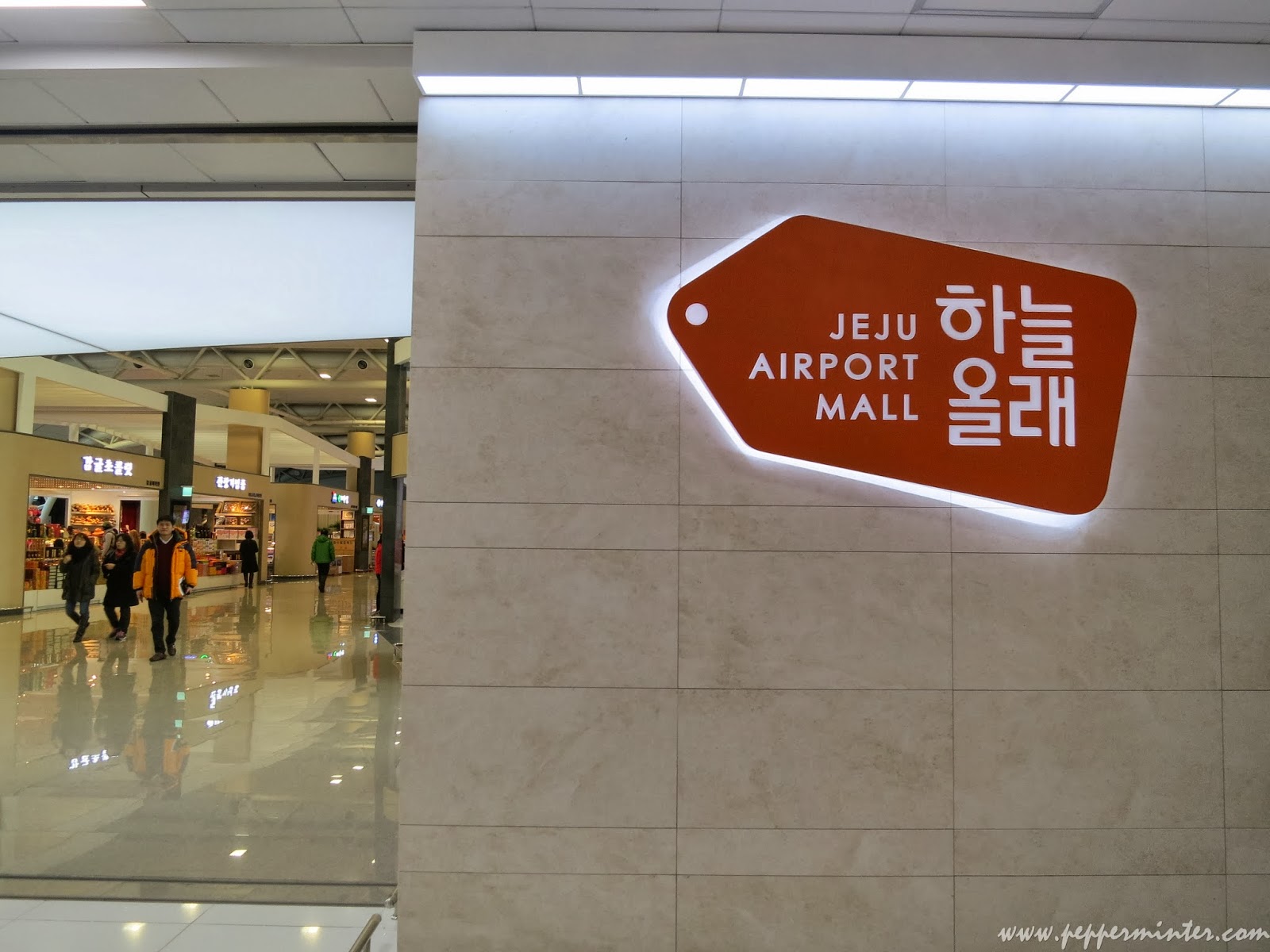 We walked around the small mall and before moving to the "restaurant level" to look for food. There are many restaurants along the stretch but we ended up going to their food court. Affordable and good food. Just forget about the restaurants. 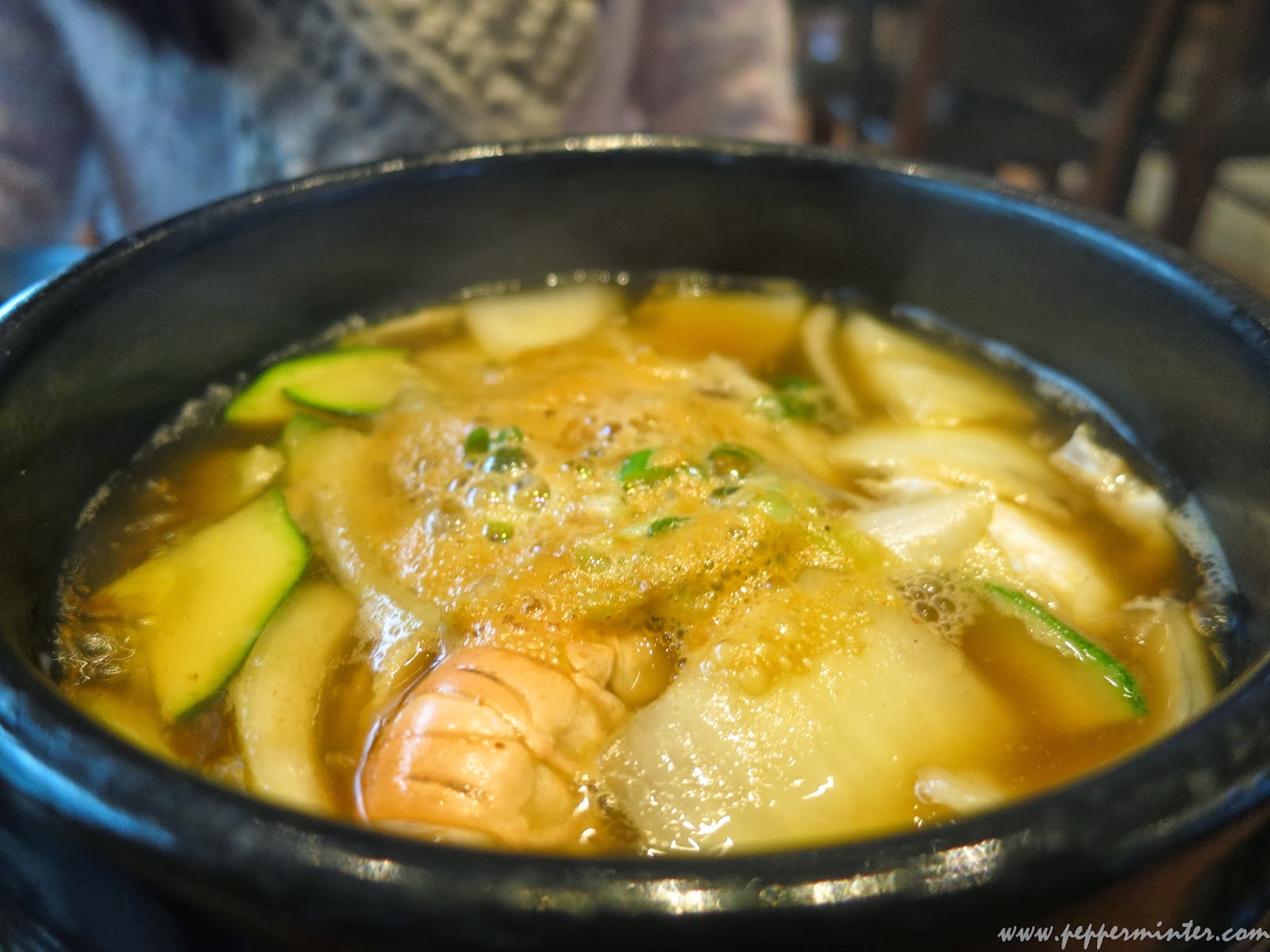 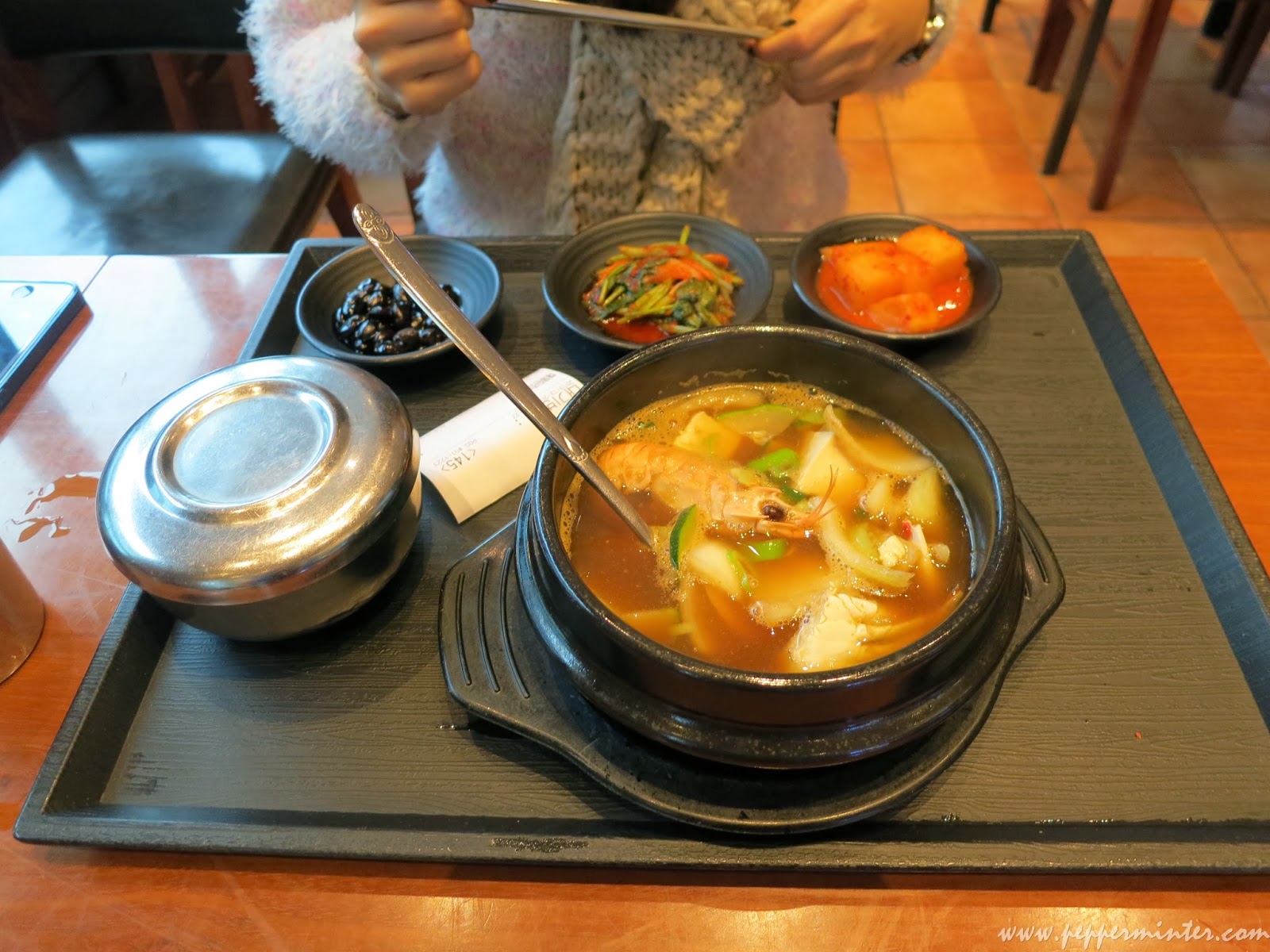 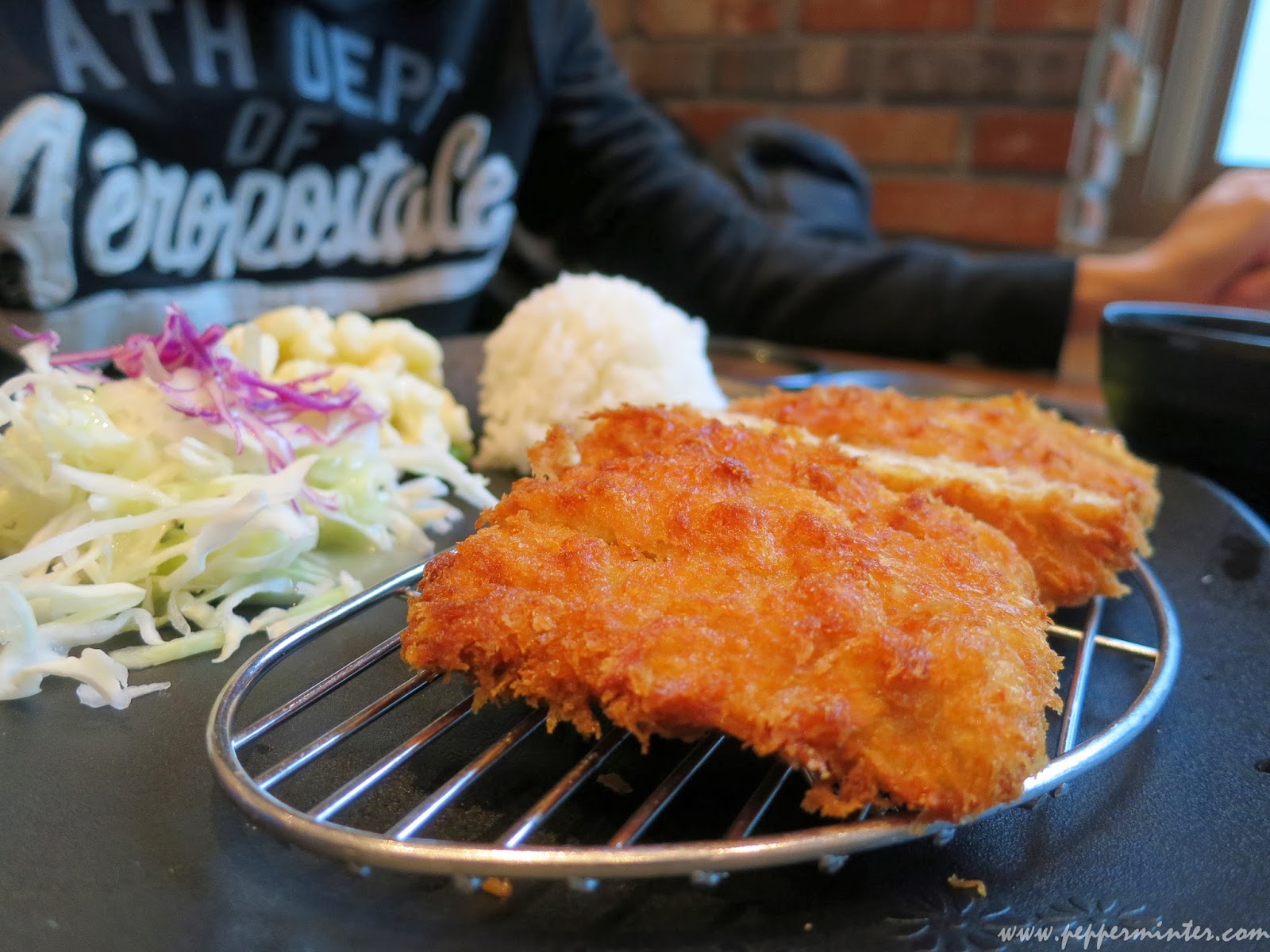 We had a good lunch and good flight back to Seoul.

We settled down back at our apartment and head out again shortly to Ewha Womens' University shopping street. As recommended by Allynn's niece it is a street of crazy shopping! Unfortunately, it was a crazy shopping of winter stuff so once again we didn't get anything. I'm sure it would be so much better in spring or summer! 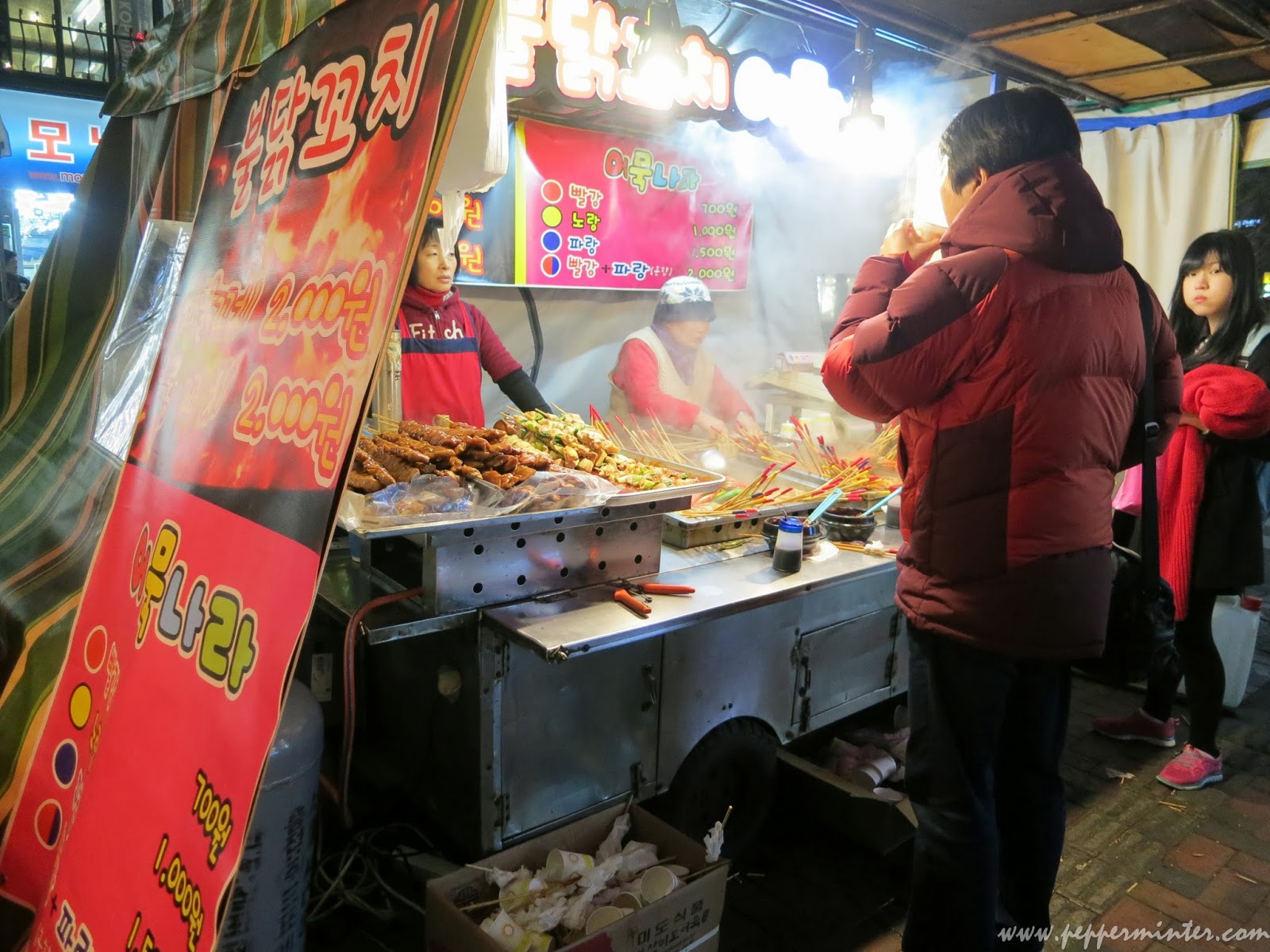 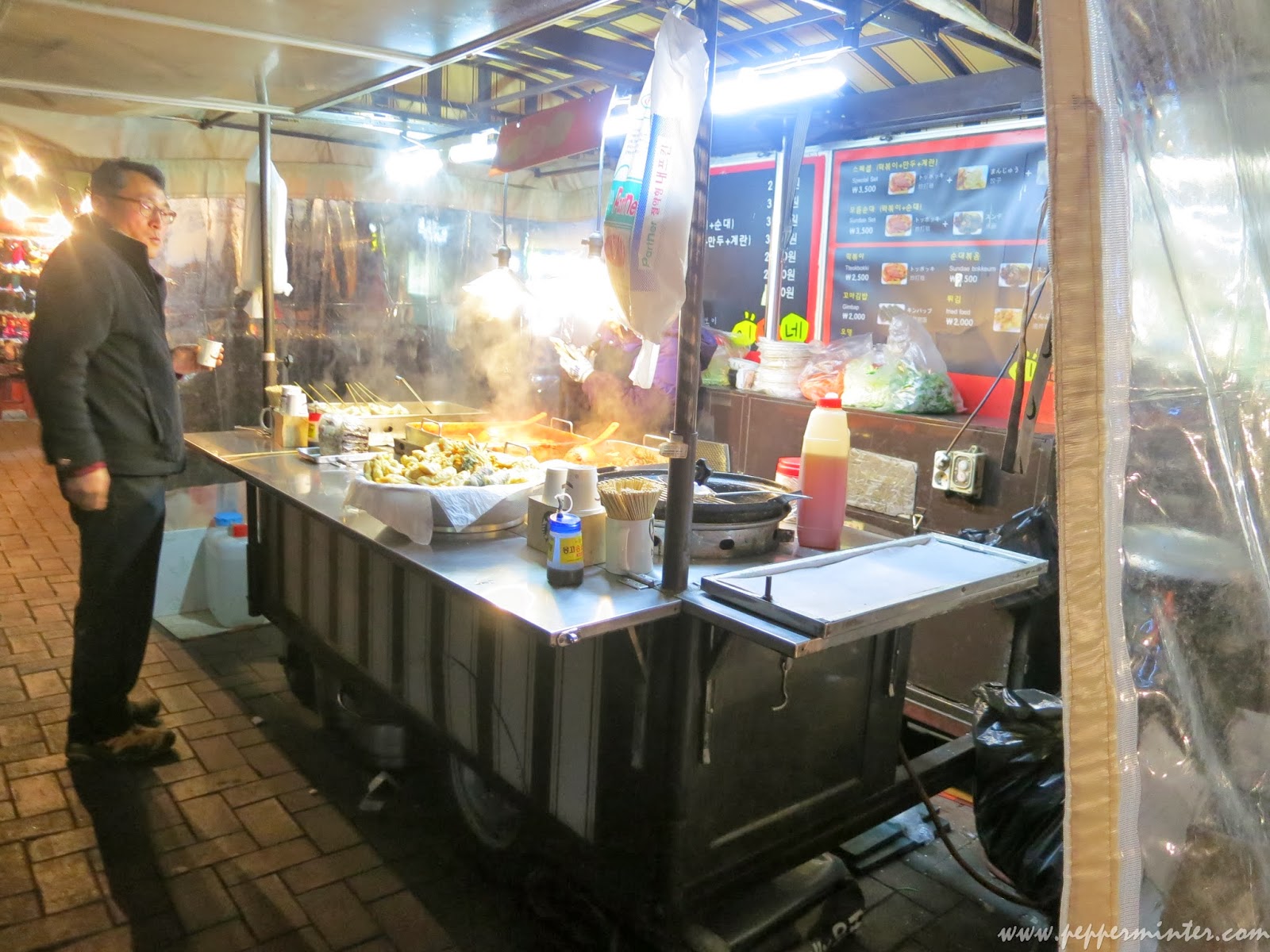 We had a strong craving for fried chicken and in the end we settled with KFC for dinner. Disappointing because... chicken was cold, fries was cold, egg tart was cold and my chicken was miserably small. Not forgetting it's slightly more expensive then it is in Singapore. Verdict, no KFC in Korea. (Maybe we were just unlucky, hahaha) 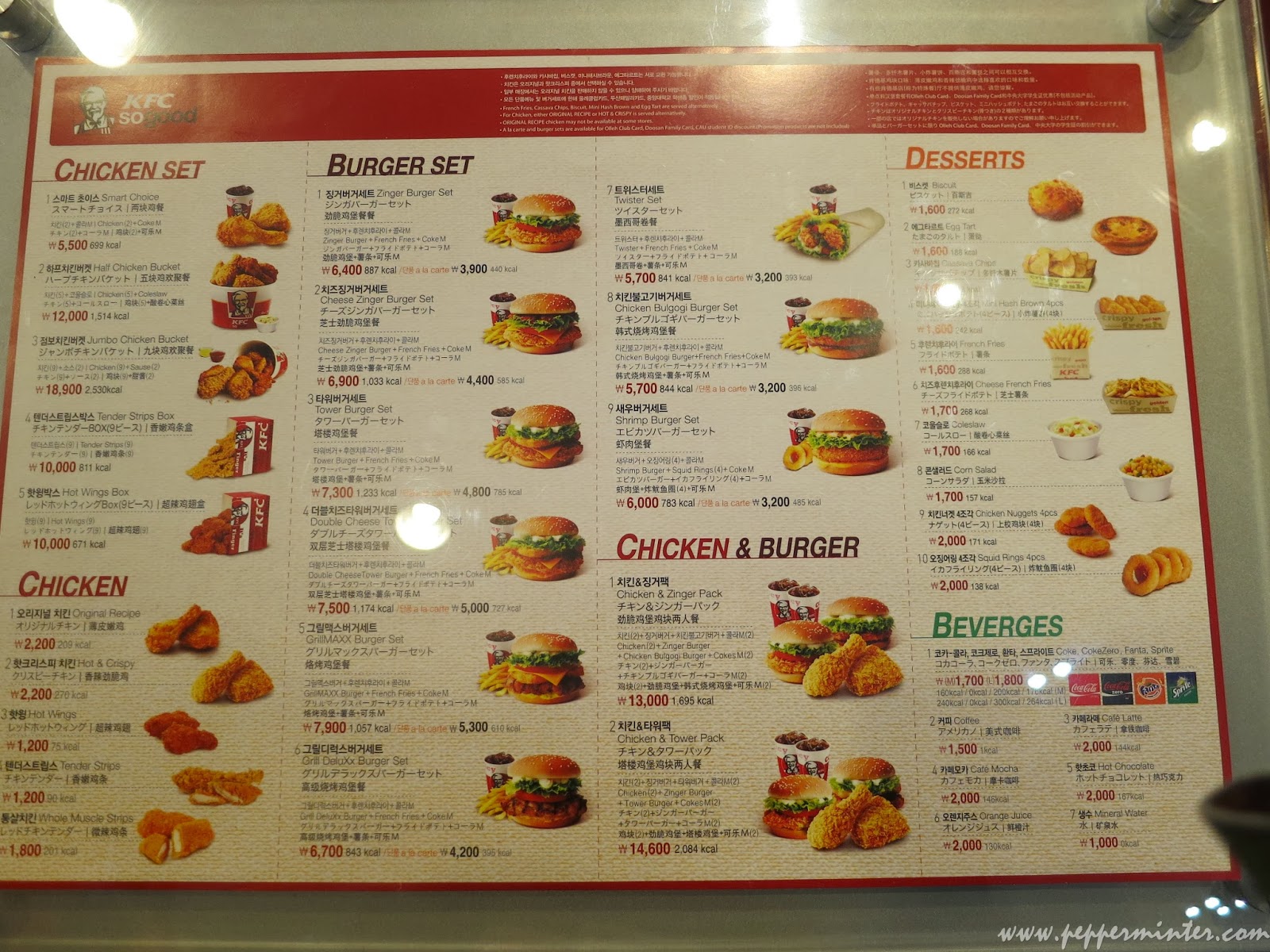 It was the first time I finished up my KFC and still felt hungry. Blame the size of the chicken and the weather. Hahhahaha. After walking around the place for another round, I got attracted to this chicken road side stall. The food smell so so so so good that I had to try it. 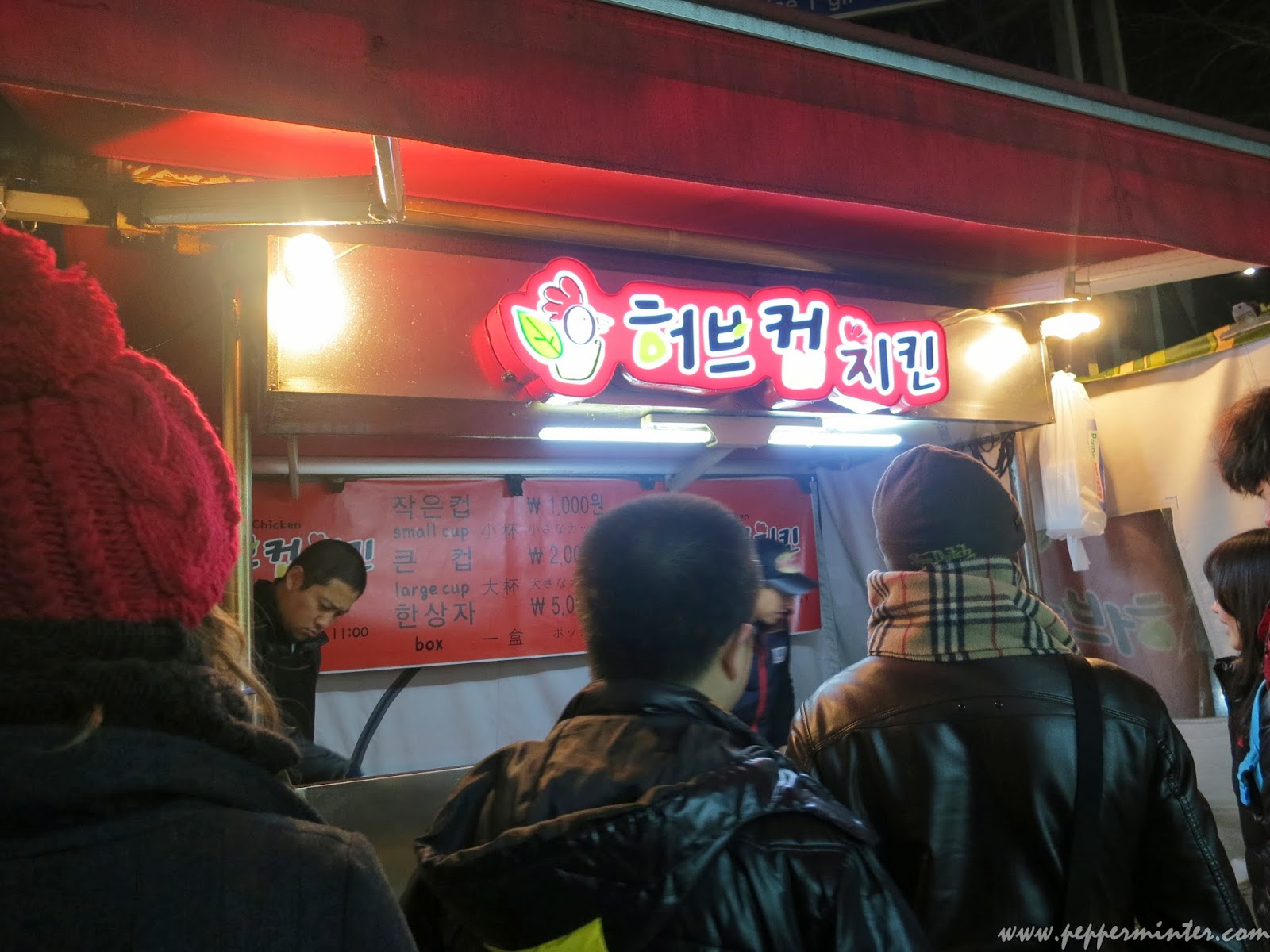