I have gone to Brozteit a couple of time and this is the second time I am here at this outlet. I've previously been to the one at 313@Somerset. Comparing this 2 location, I would say that the one at Vivo City is has a slightly better ambience because it's 'by the sea' but of course it was pretty humid and not much air-conditioning.

As we made plans to celebrate Mike's birthday there, we made a reservation for 6 pax a week ahead. I actually tried my luck to see what they could offer me if I told them it was a birthday celebration. So to my pleasant surprise, they offered to give me a complimentary birthday cake! I was quite pleased with the email correspondence and kinda looked forward to how the cake would look like.

When we reached Brozteit, I quickly wanted to look for the staff who was emailing me and in the end the staff was on leave! :( I was pretty worried that it'd be a empty promise so I quickly showed them the email exchanges and the floor manager actually said, okay he will deal with it.

Finally all that's settled, we decided to order our food.

While looking at the menu... we had a hard time trying to choose what to eat. And I realized the menu was slightly different from the one at 313@Somerset (or is it because I've not been back to Brotzeit for a long time so I forget what I last ate?)

So we all decided to go with a main plus a salad or pizza to share. 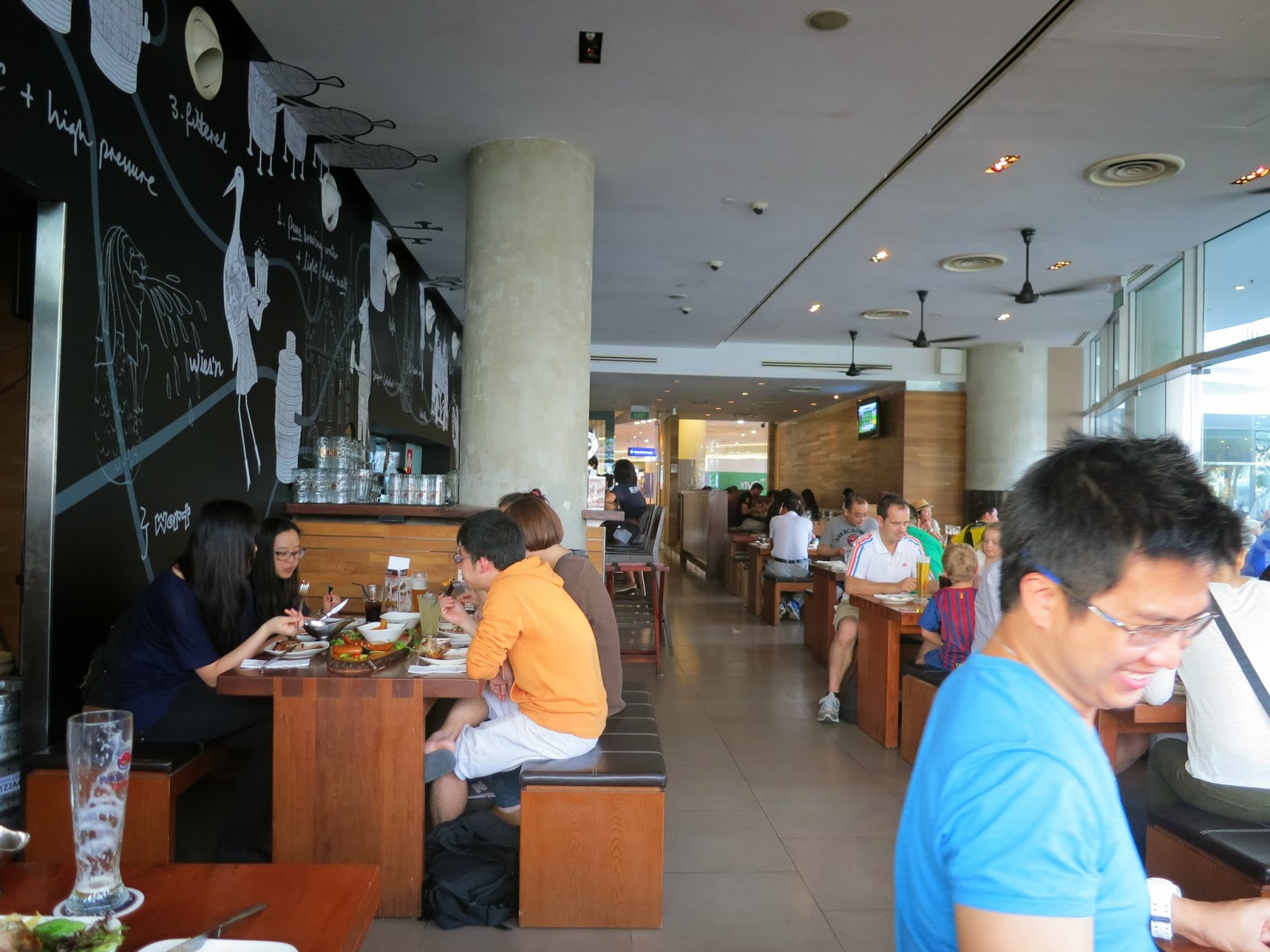 We all ordered beers! My favourite has got to be Affensaft! It is weissbier with banana syrup or mango juice. And I always go with mango juice :) Totally love it. 0.5 litres at $14.50. 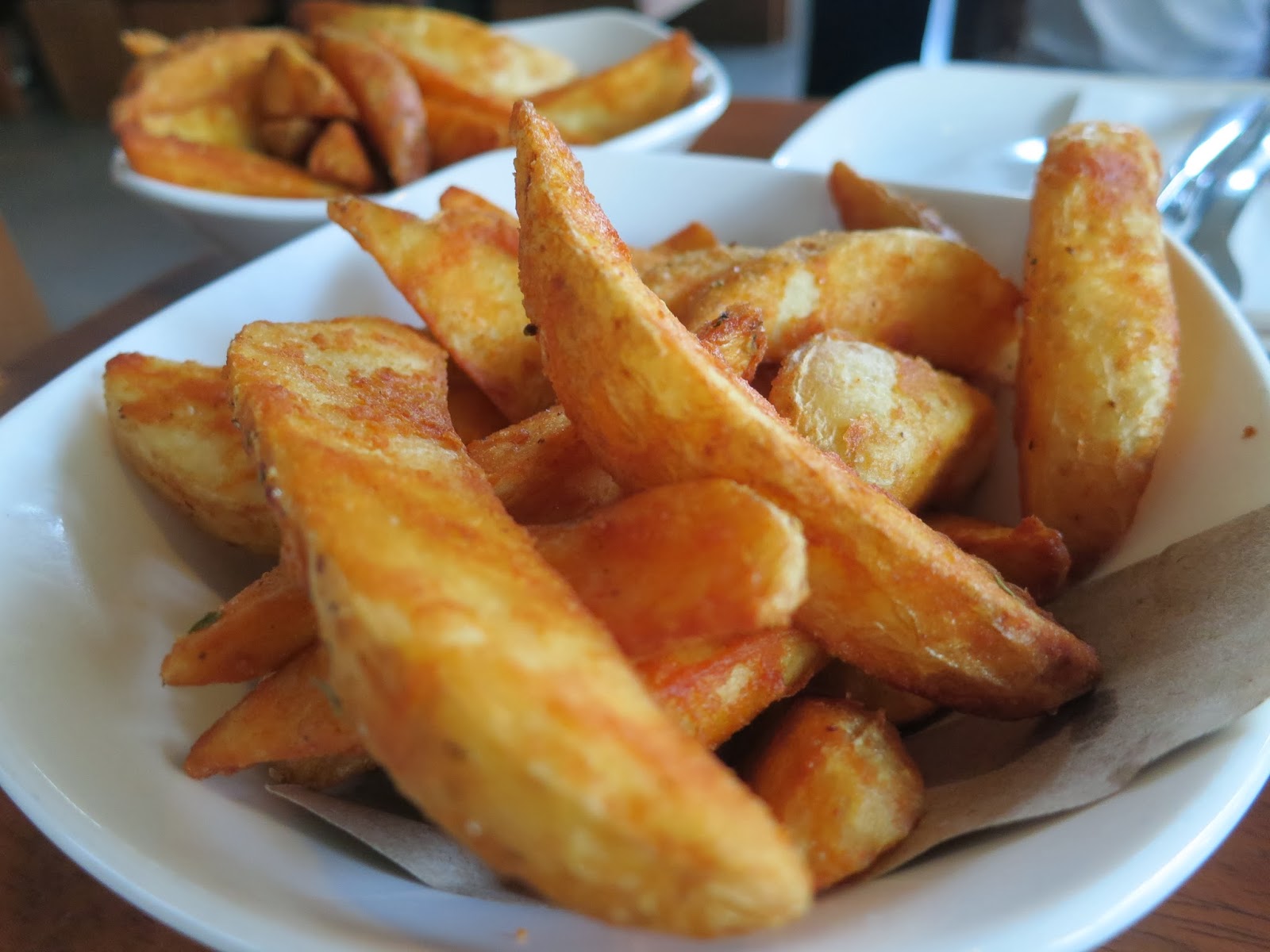 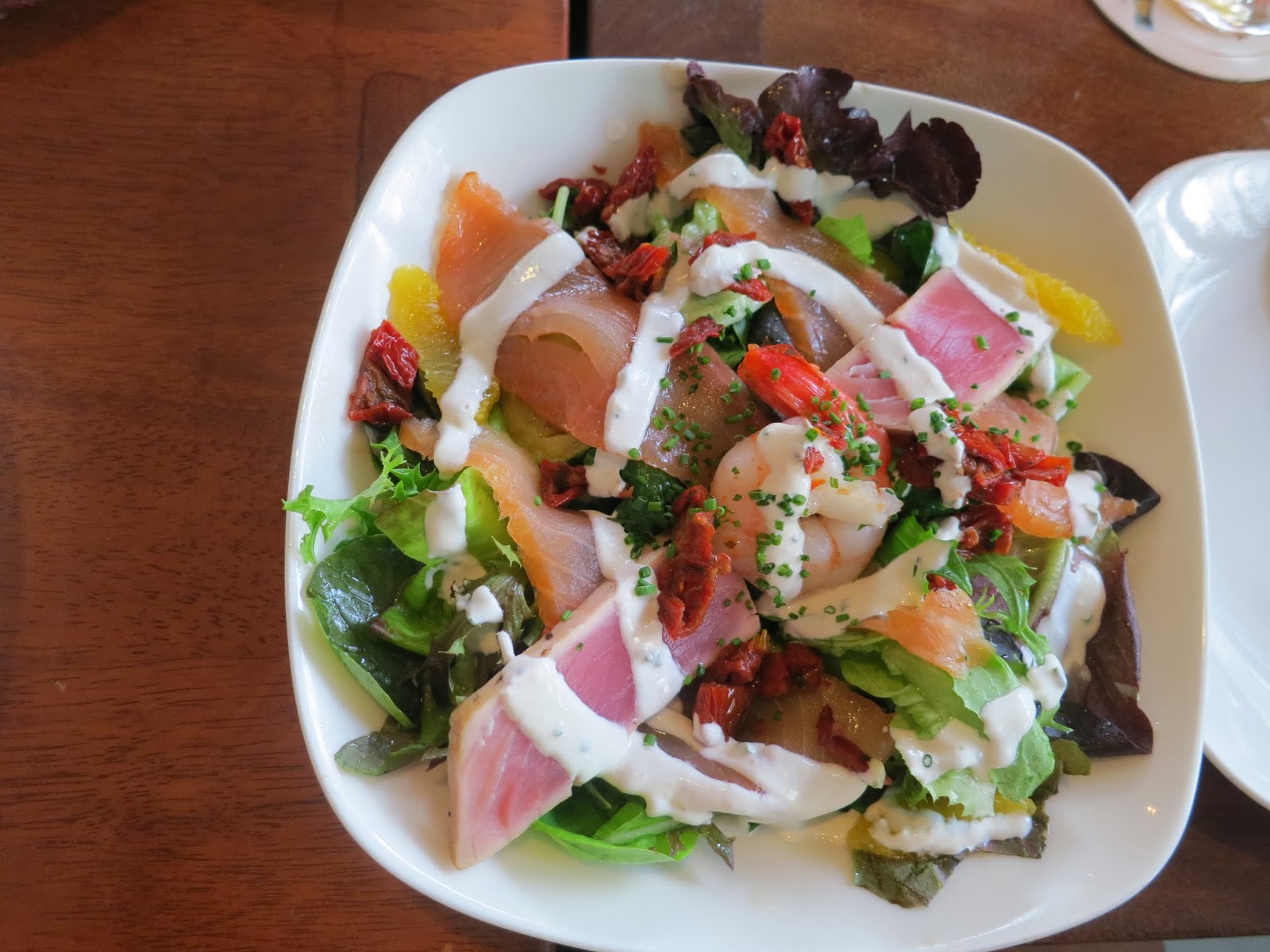 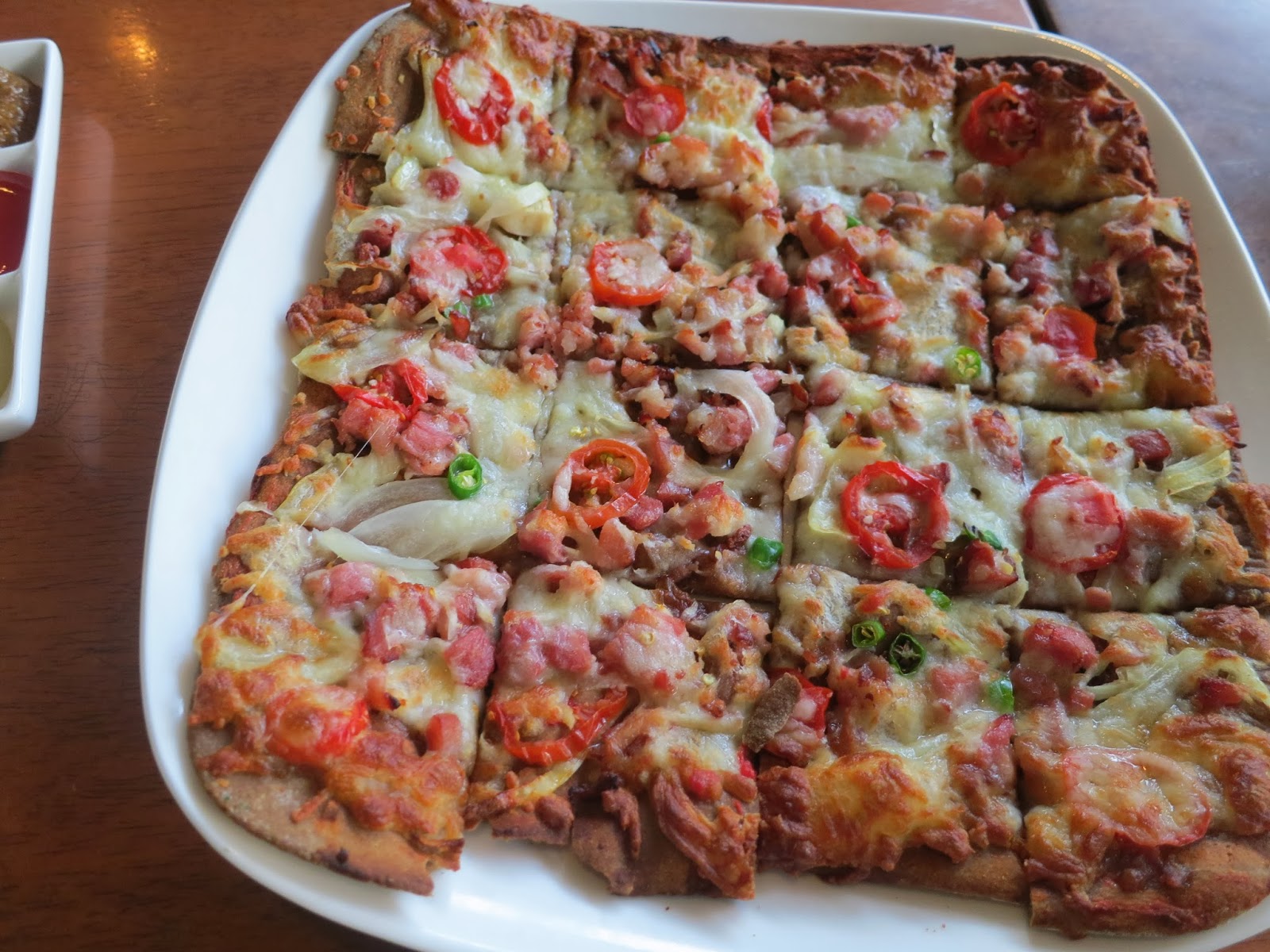 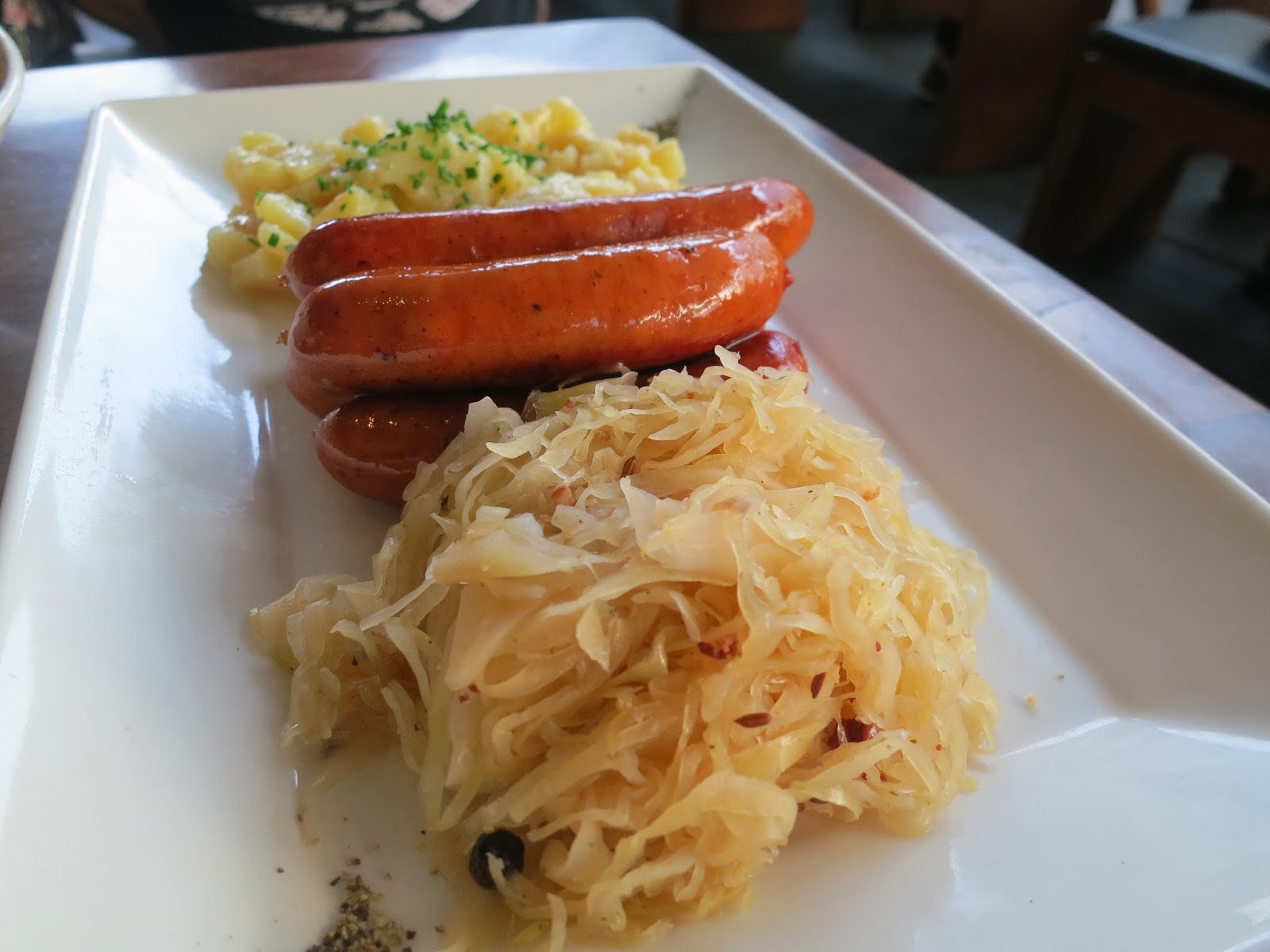 So after dinner... it was the moment I was waiting for! I wanted to know what cake would they be offering us and guess what...

Instead of giving us a cake... they gave us 2 complimentary dessert from the menu! Really unexpected of them! So in the end, we didn't had to order any dessert and we got desserts to share! 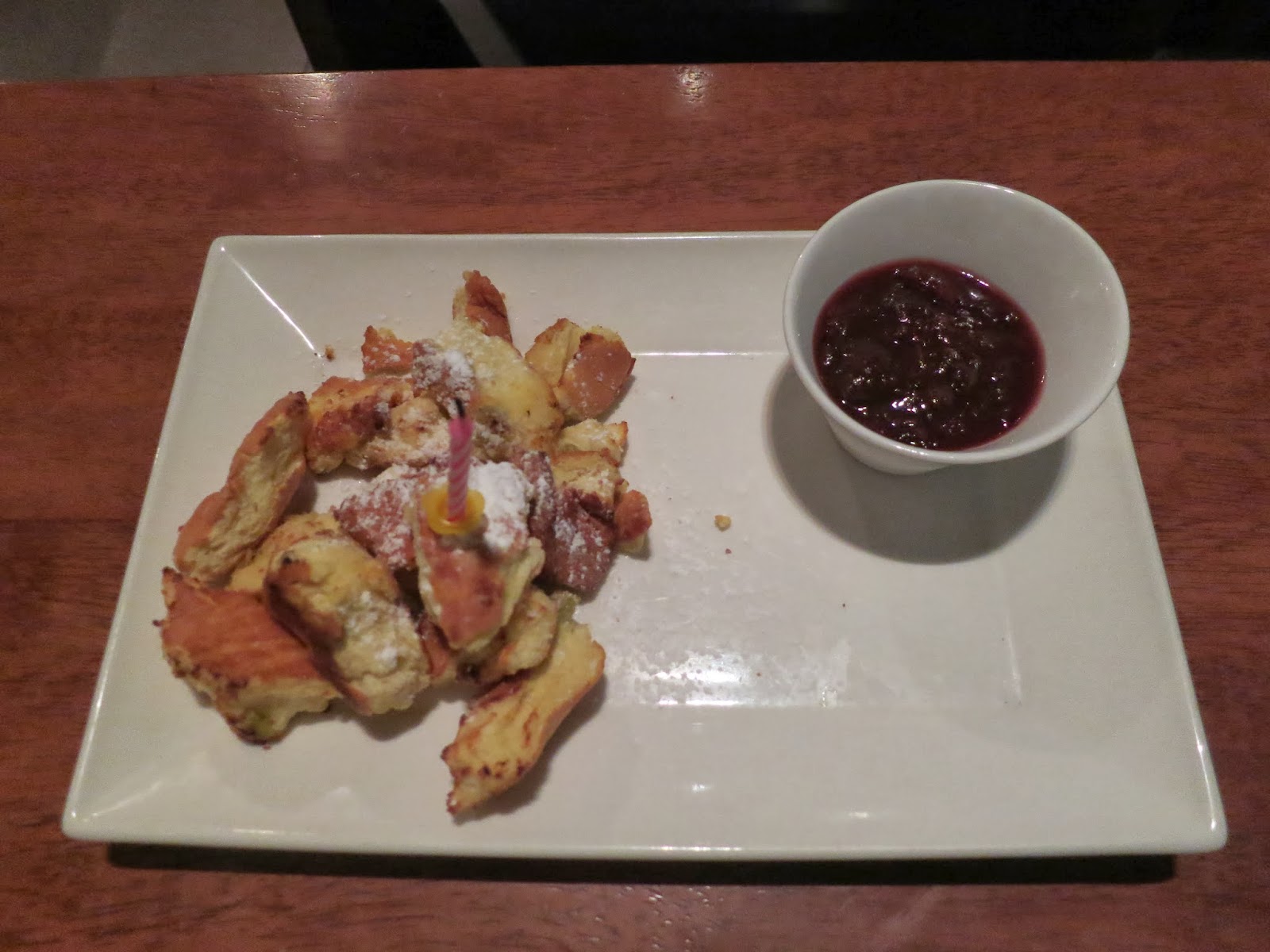 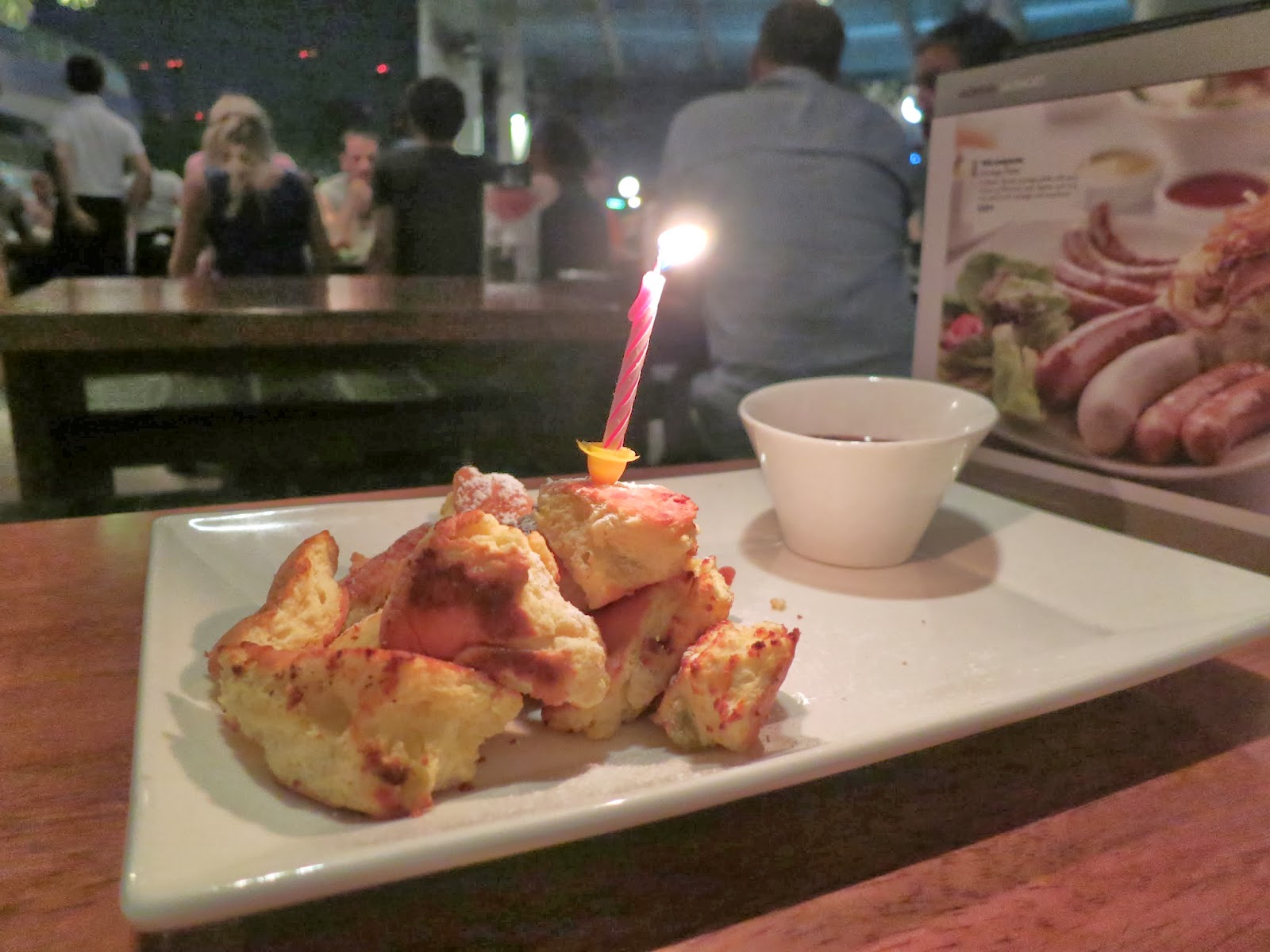 Honestly the dessert were awesome. You can probably skip the ribs because it was kinda hard... It's tasty but really too stiff. We had a hard time chewing. Of course the sausages would not go wrong, so it's a safe choice to make. The pizzas were average.

Am very happy with the pleasant complimentary dessert as birthday cake for Mike! Good service.