This entirely white building on its own is enough to let you remember this place. Not forgetting the delicious food served here.

Getting here was a little tough. Initially we wanted to take a bus, which would stop directly opposite this eatery but... the entire bus journey would take an hour at least so we decided to take a train to Somerset and walked over.

We took about 15 minutes to get here. It's not exactly near... but when we were heading back, we took another route and found ourselves alot faster cutting through Oxley Road and finally ending at Orchard Central. So.. maybe we took a longer route when we came.

When we were approaching the eatery.. we both thought that the place was so empty! No need to reserve! But.. the moment we went in, we realized that we were wrong. It's all reserved. So.. it may looked like there's seats but sorry, all's reserved!

Anyway, I've heard a lot about Five & Dime on how good it was.. though pricey but delicious. I must agree, its not the usual kind of cafes/eatery price that I would go for but once in a blue moon, I guess it's like a reward to myself. 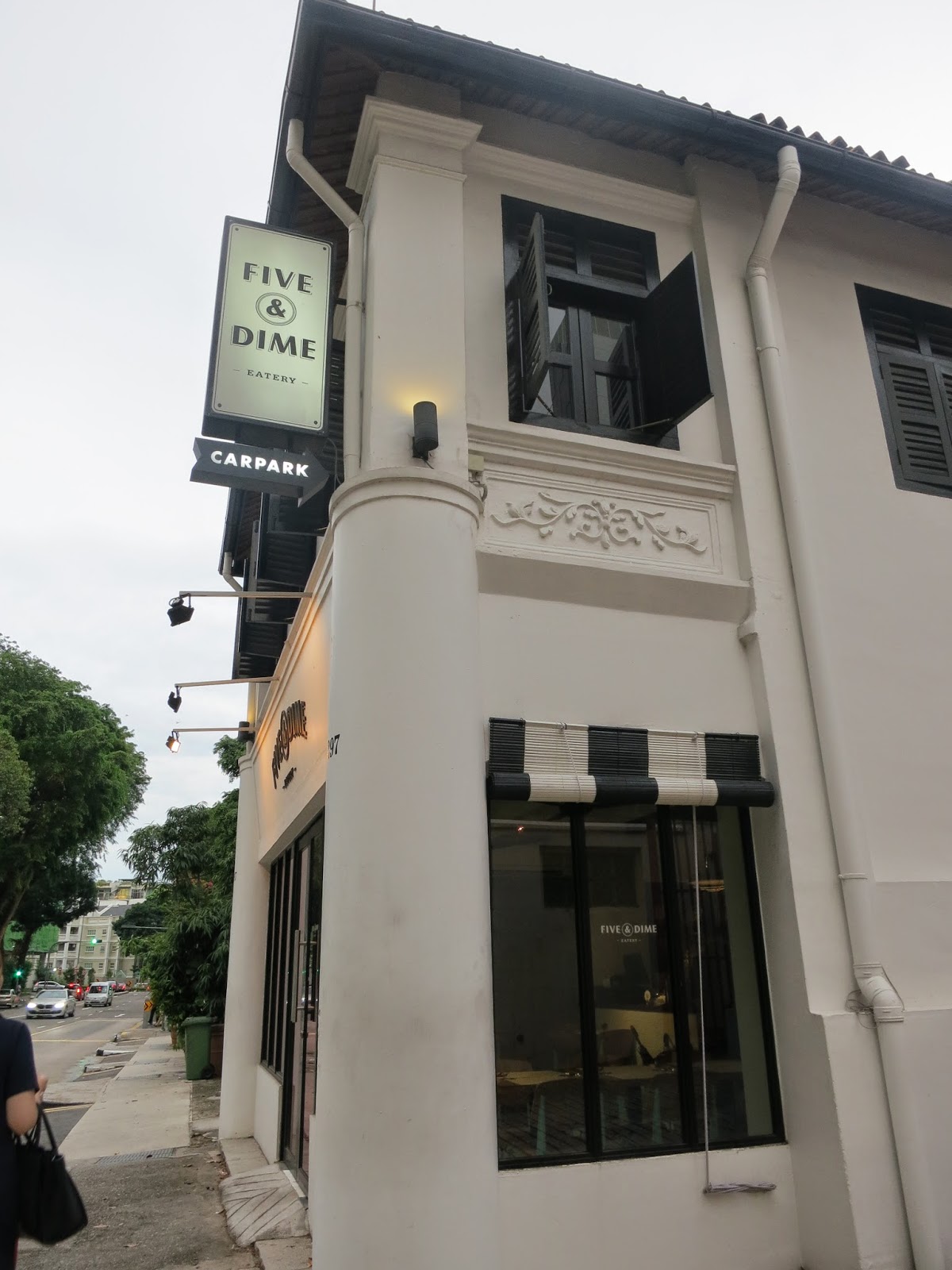 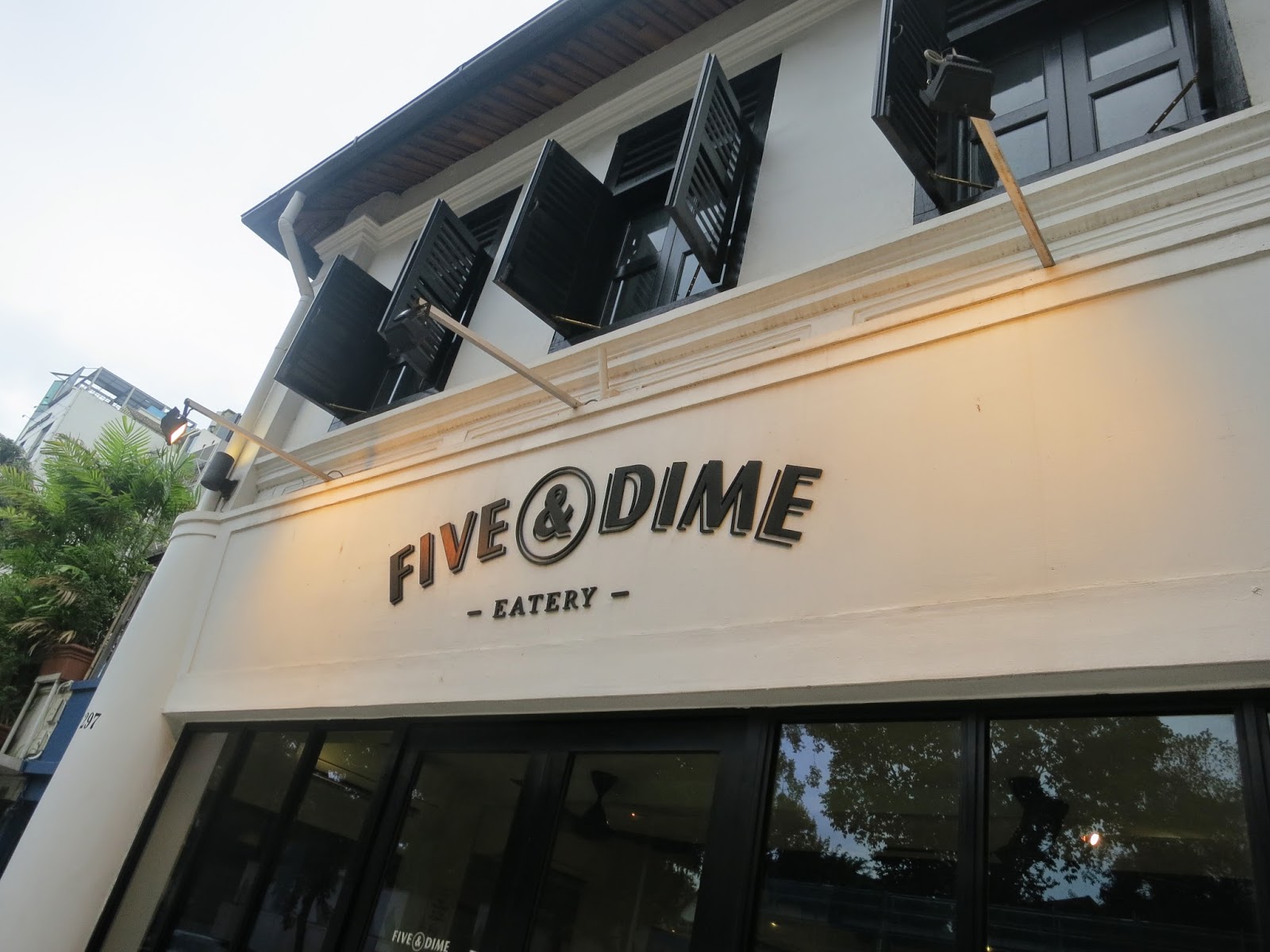 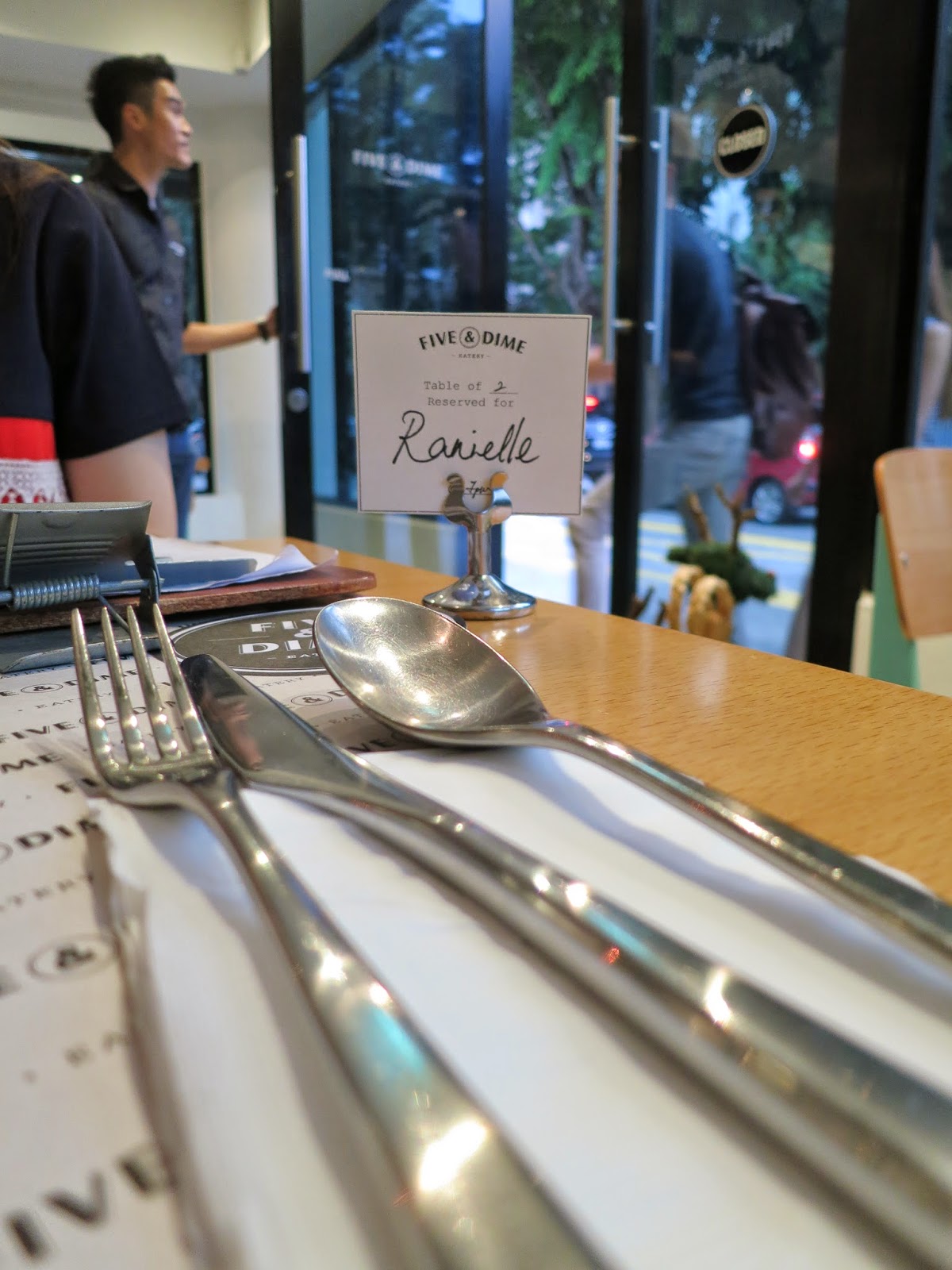 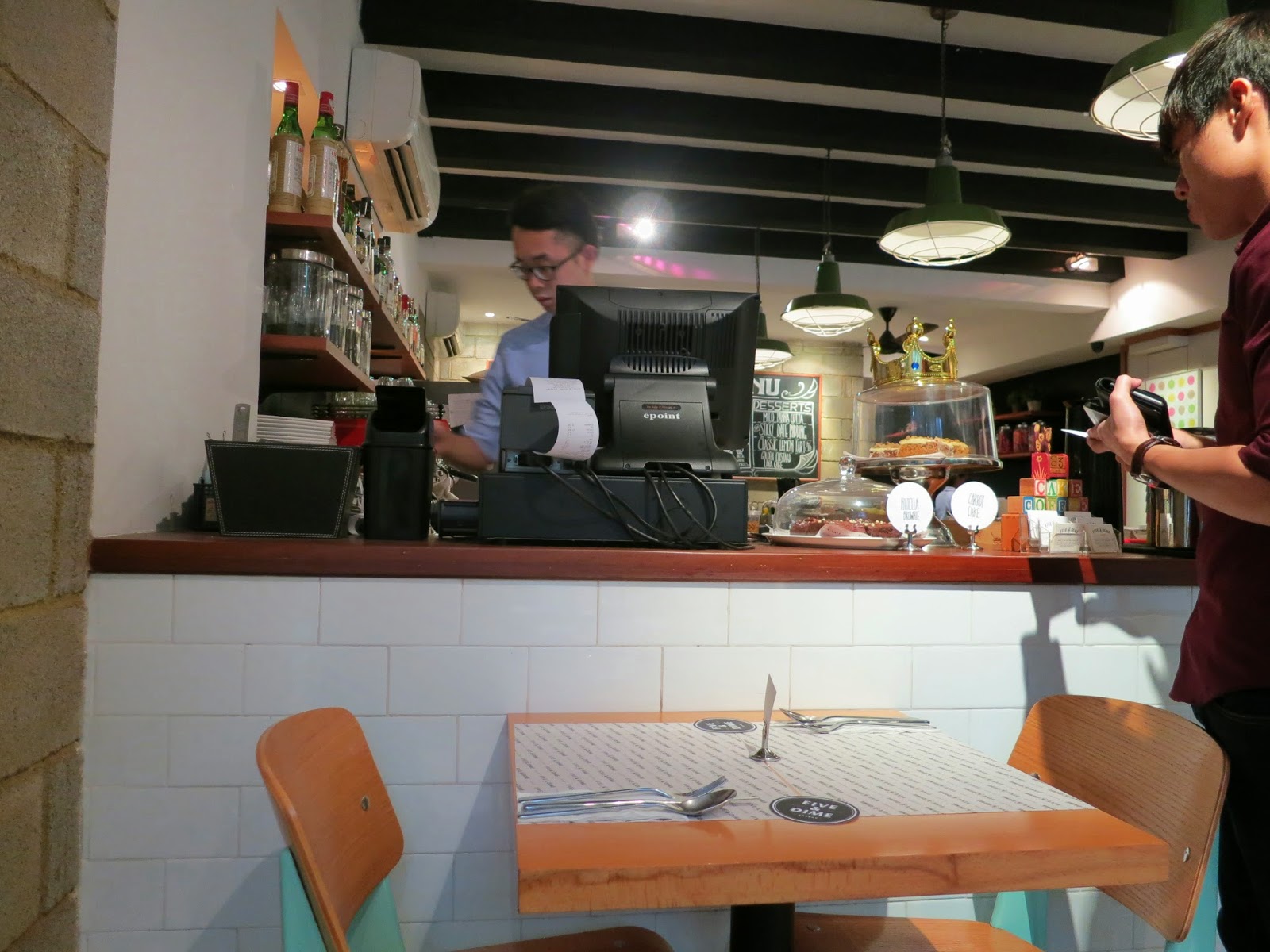 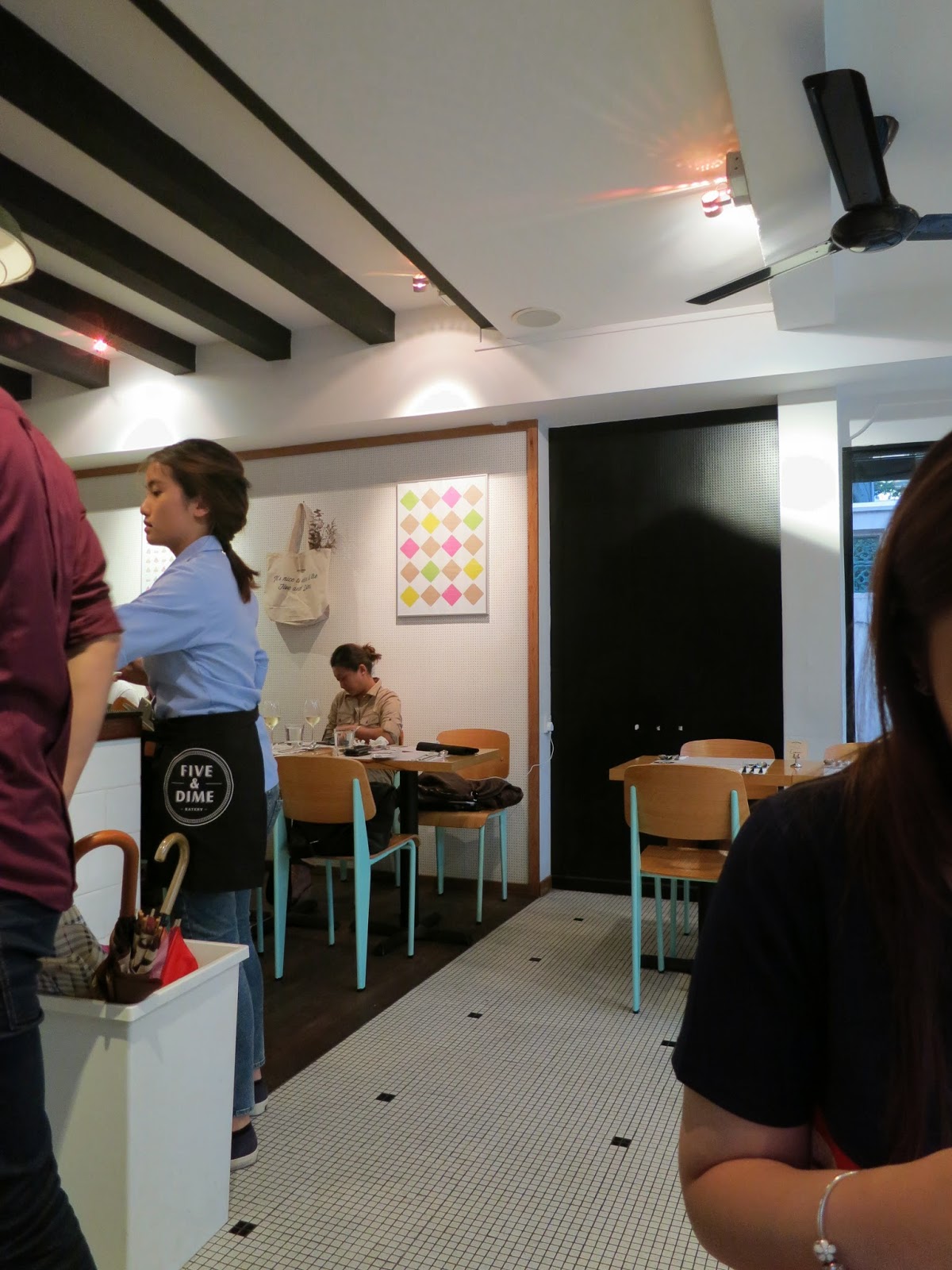 Oh, just something to share... When we arrived, it was almost 7pm. So there was this couple that came in and wanted seats for 2. The waitress explained that they were fully reserved and they were sorry bout it. I didn't catch the next few exchanges but the last conversation I heard was that the table beside us was to come at only 7:30pm, which means they have slightly about 35/40 minutes to finish up and go.

The waitress explained the situation and told the couple that if they could cooperate and leave by then, they could have the seats first.

Well, in the end the couple took the offer and left by 7:20ish. Personally, I feel that this service is commendable. Quick witted waitress definitely deserves a thumbs up for bringing more business and customers leaving with a smile. Good job!

Five & Dime have their menu online so we roughly knew what we wanted before coming. I had a hard time choosing my tea between the normal iced tea or the iced shaken tea.

Iced shaken tea basically means... fruits and tea together. Hahahah, okay. Not really, well they have strawberry or mixed berries that includes black current. I'm a fan of berries but I decided to skip just in case it was too sour. Played safe, I went for iced tea instead.

PS. Totally love the lighting there. Chio pictures for the wins. 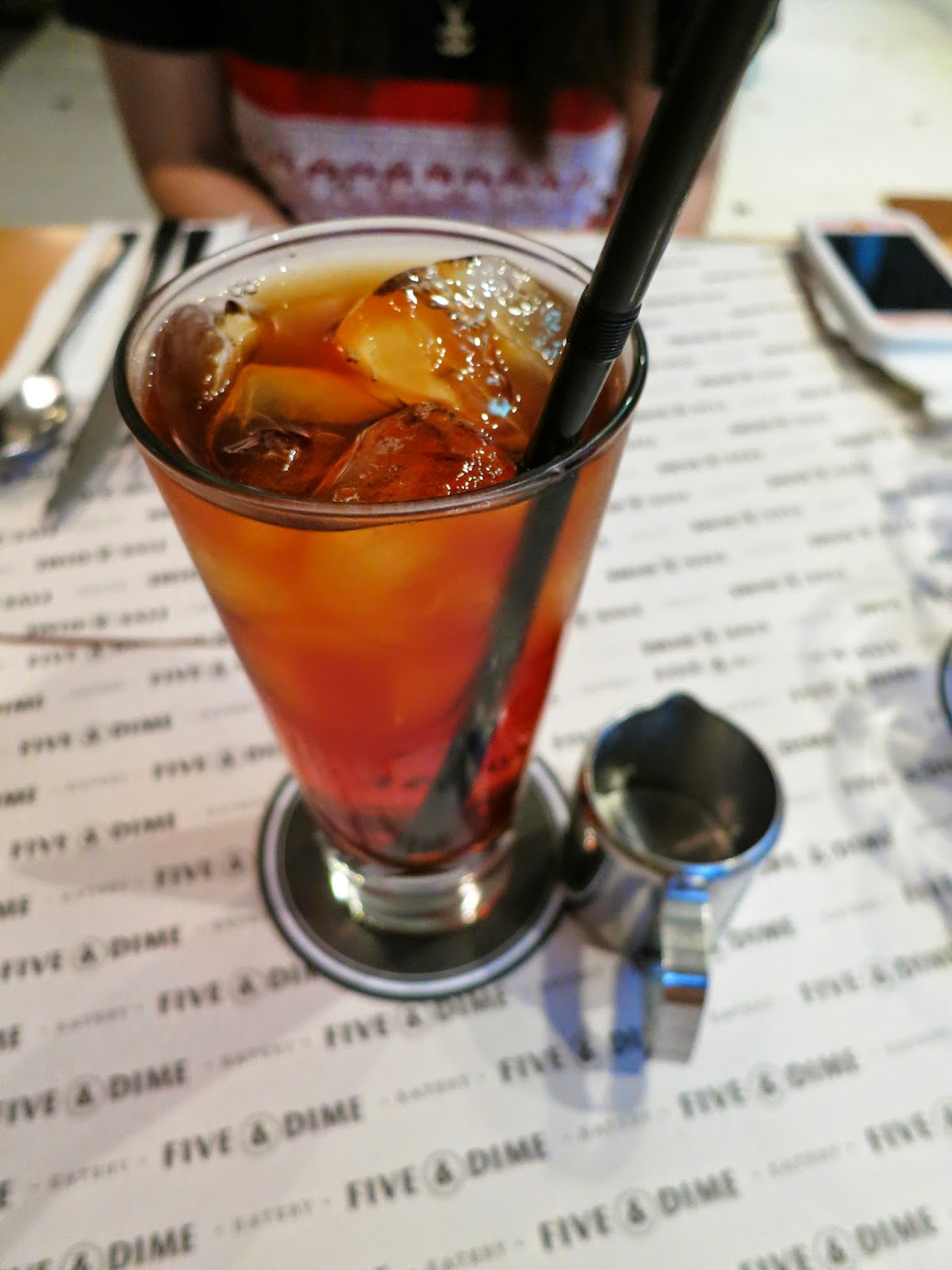 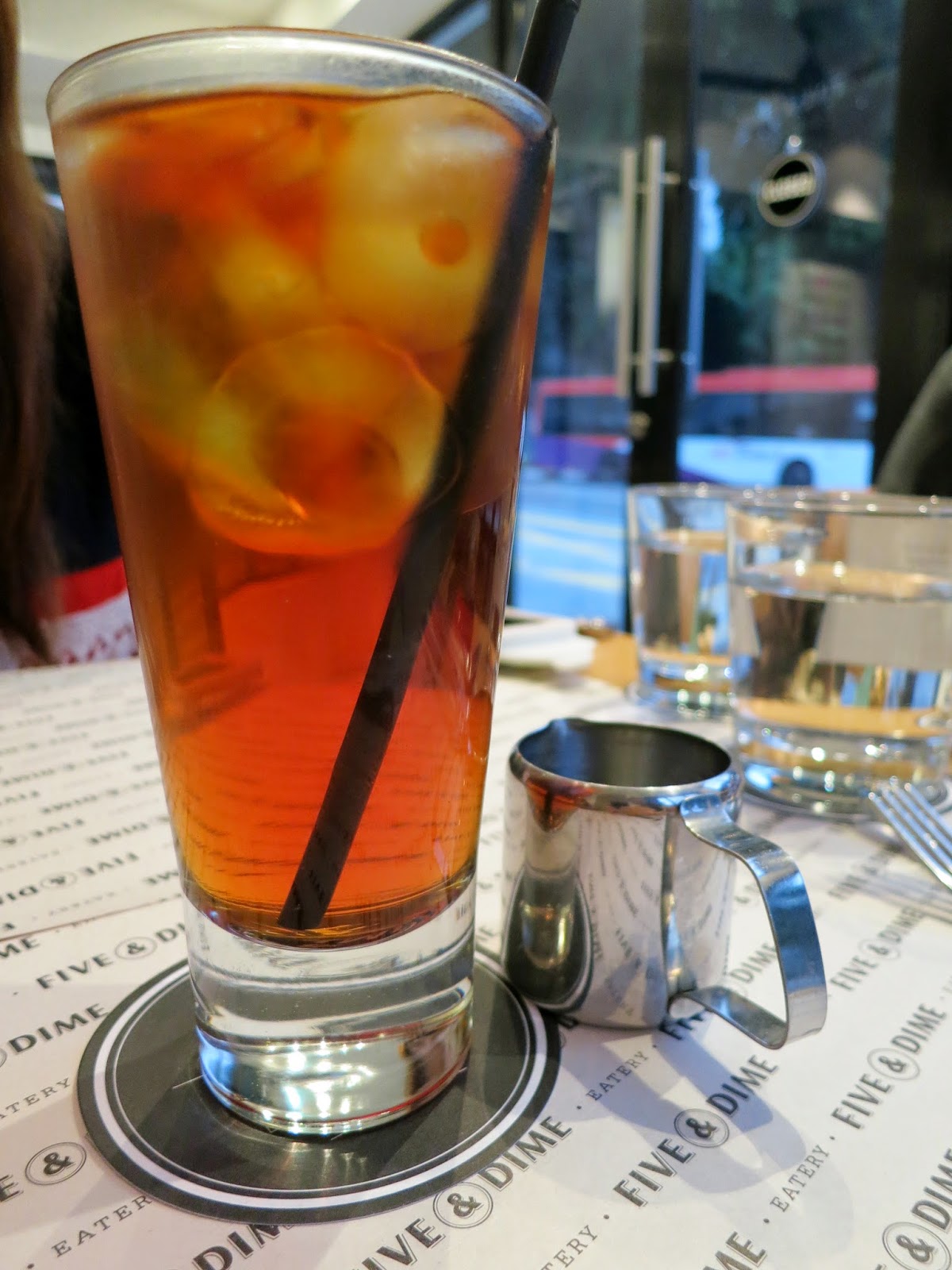 When my pasta came, I was a little disappointed because it looked small and.. there wasn't anything else except the mentaiko at the top. But the moment I started on it, wow... it was awesome.

If you love mentaiko, you definitely can't miss this. Simple, yet delicious. 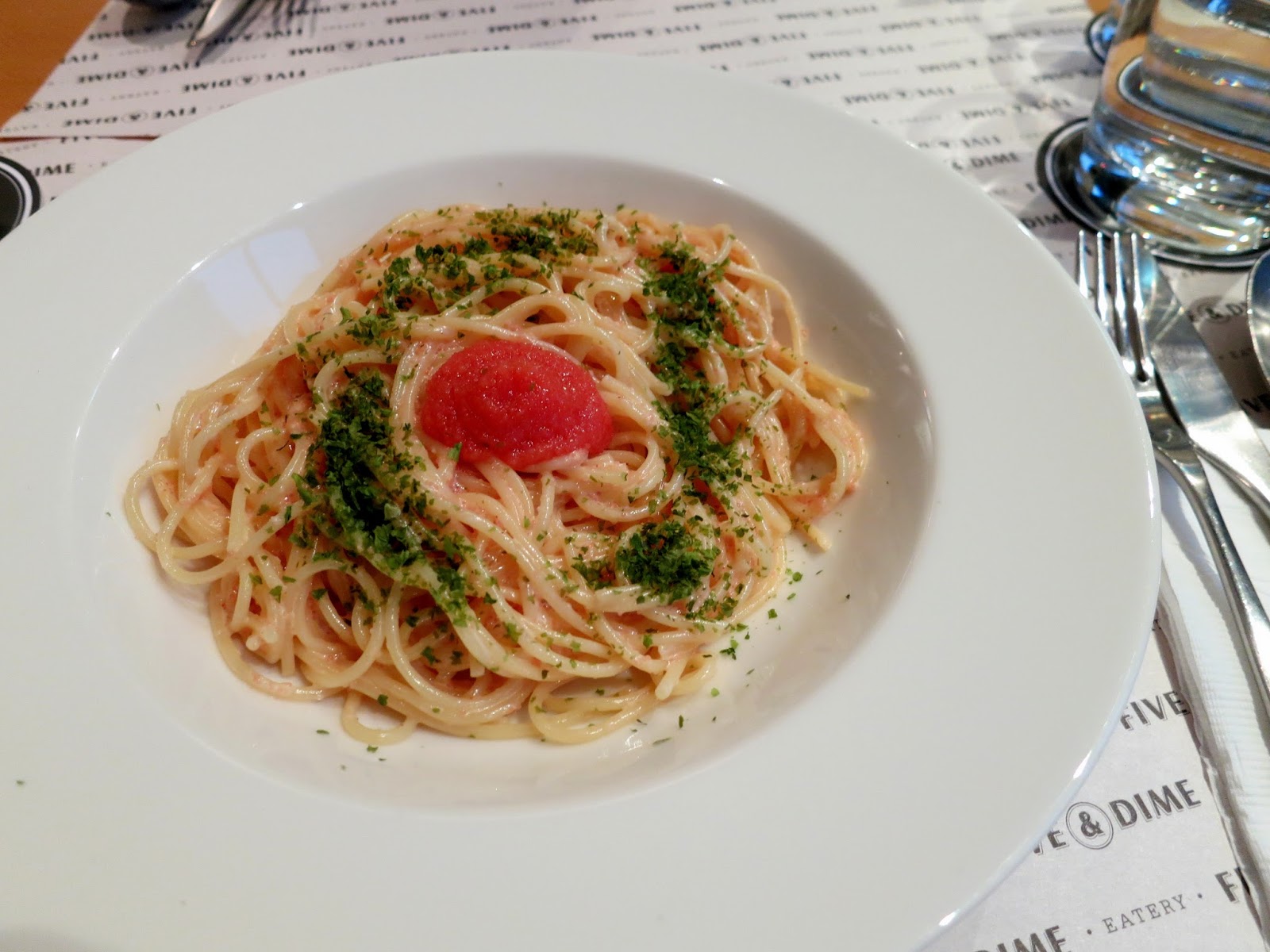 Generous portion of Salmon and made me and my dining companion went like "whoa". Salmon with cheese.. was a good combination. Just that mashed potatos were slightly bland but other then that, the Salmon was awesome.

Oh, they stated that the waiting time was 20 minutes.. but ours was definitely lesser then that. 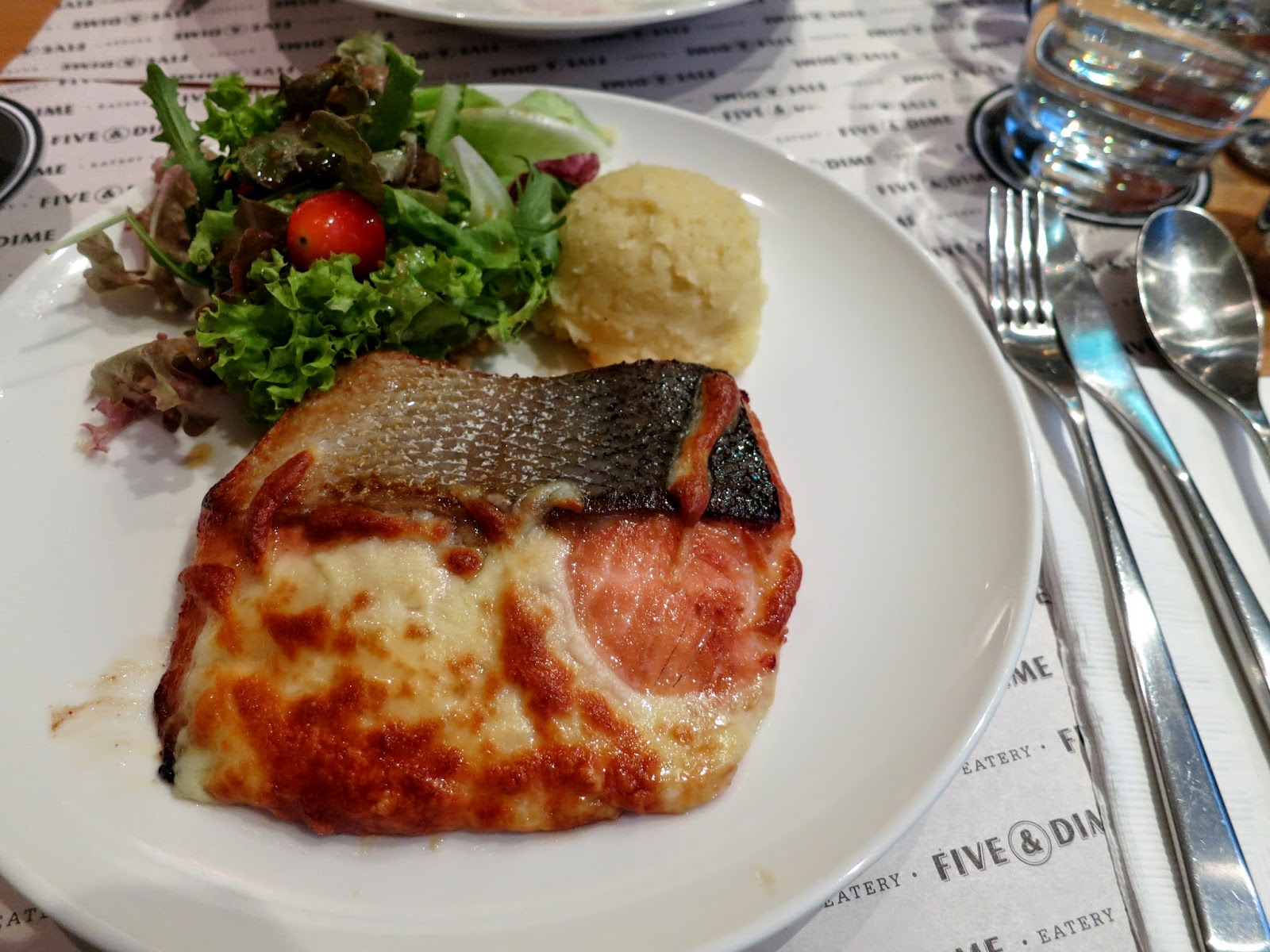 Honestly, no matter how full you are, desserts always fill up 'another-stomach'. Bet you've heard this before. (Probably the another-stomach refers to those arms/thighs/side tyres hahahha!)

As usual, we couldn't decide what to get because everything looked so delicious. Another friend of mine whom came before highly recommended their Nutella Brownie. So I thought, okay, definitely trying that. Nutella's my favourite although brownie's just okay to me.

My dining companion saw some pictures of this chocolate lava cake with custard and thought that we ought to try it. It wasn't stated on the menu according to her but we just ordered anyway. 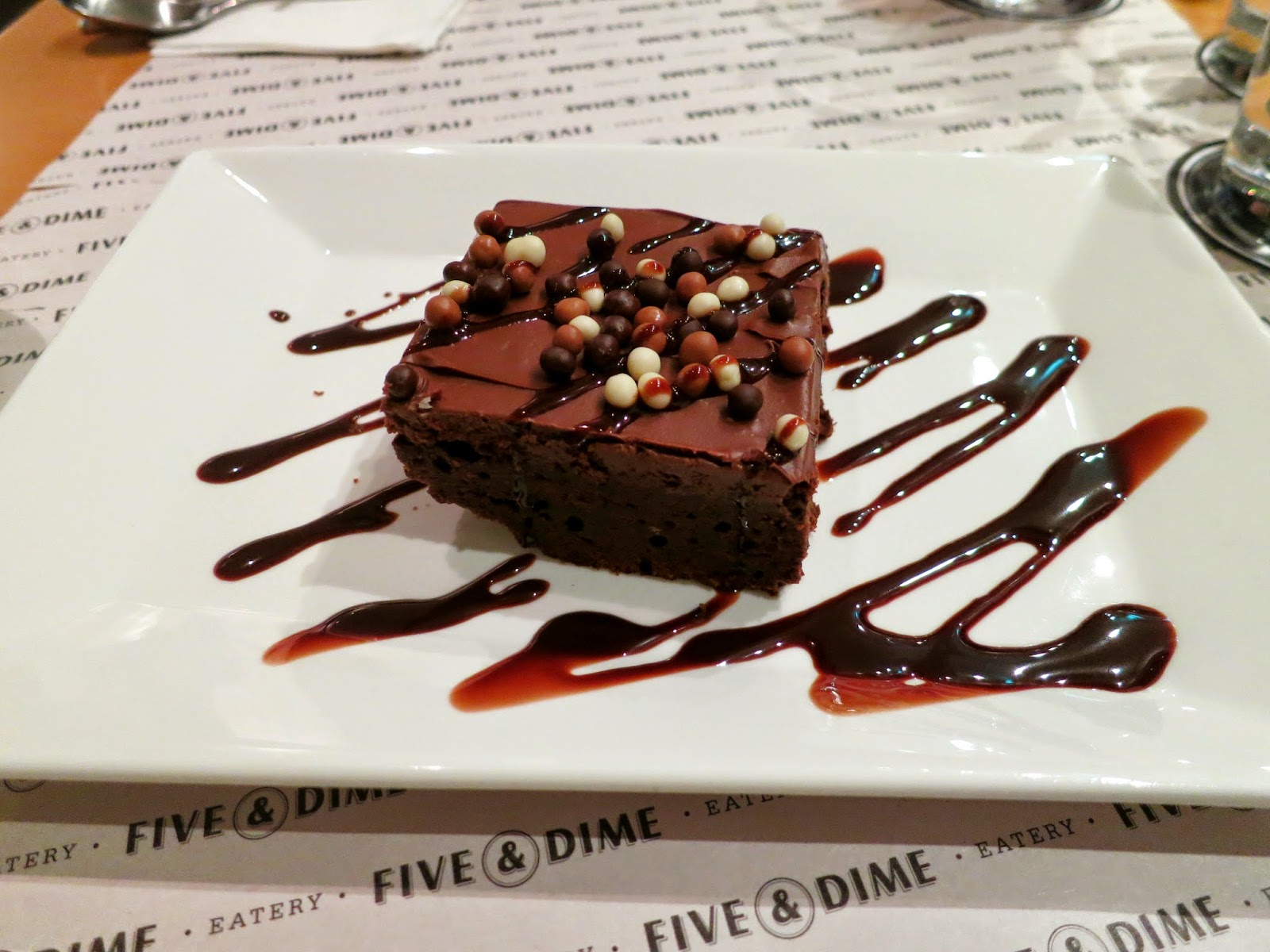 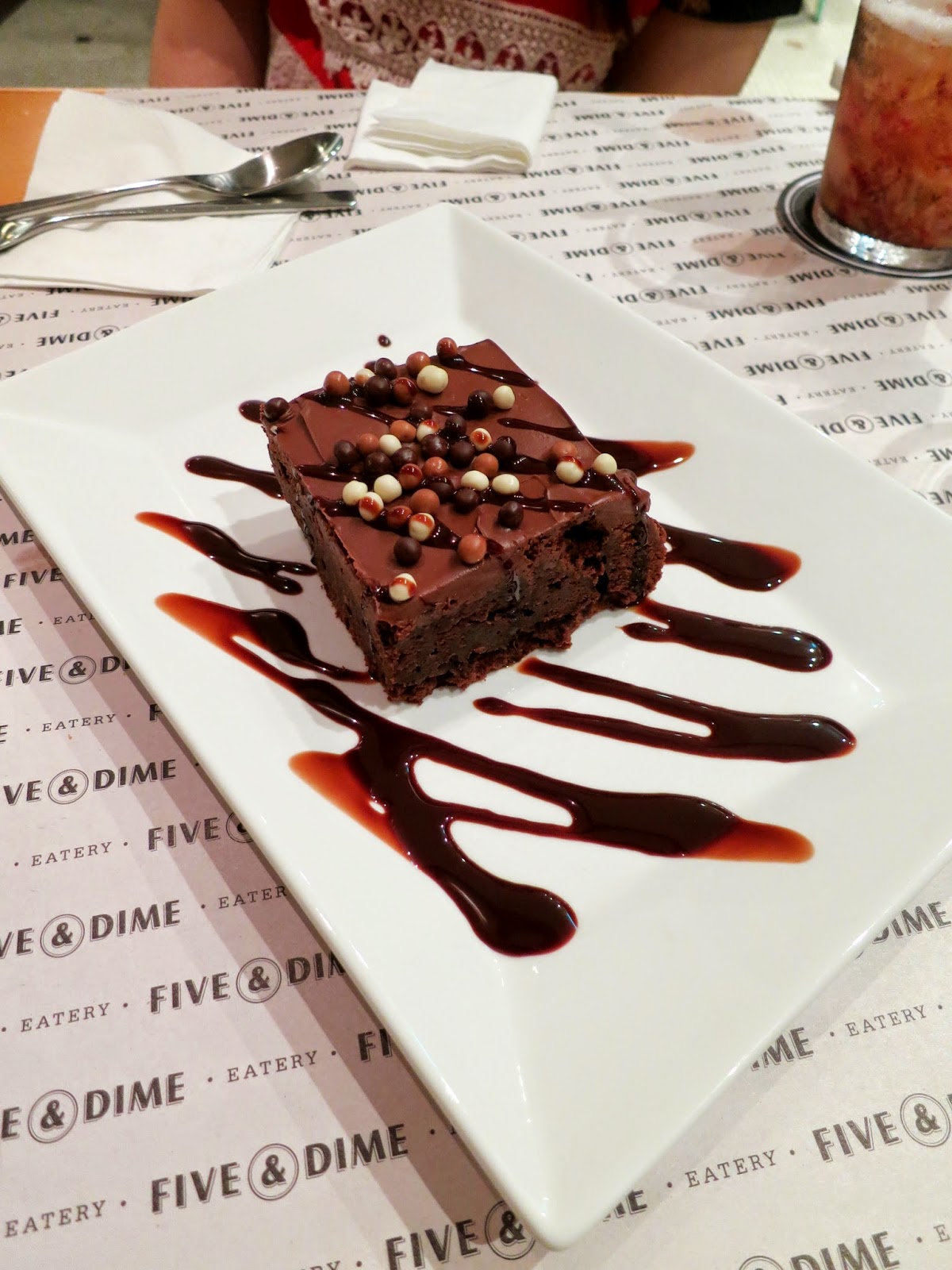 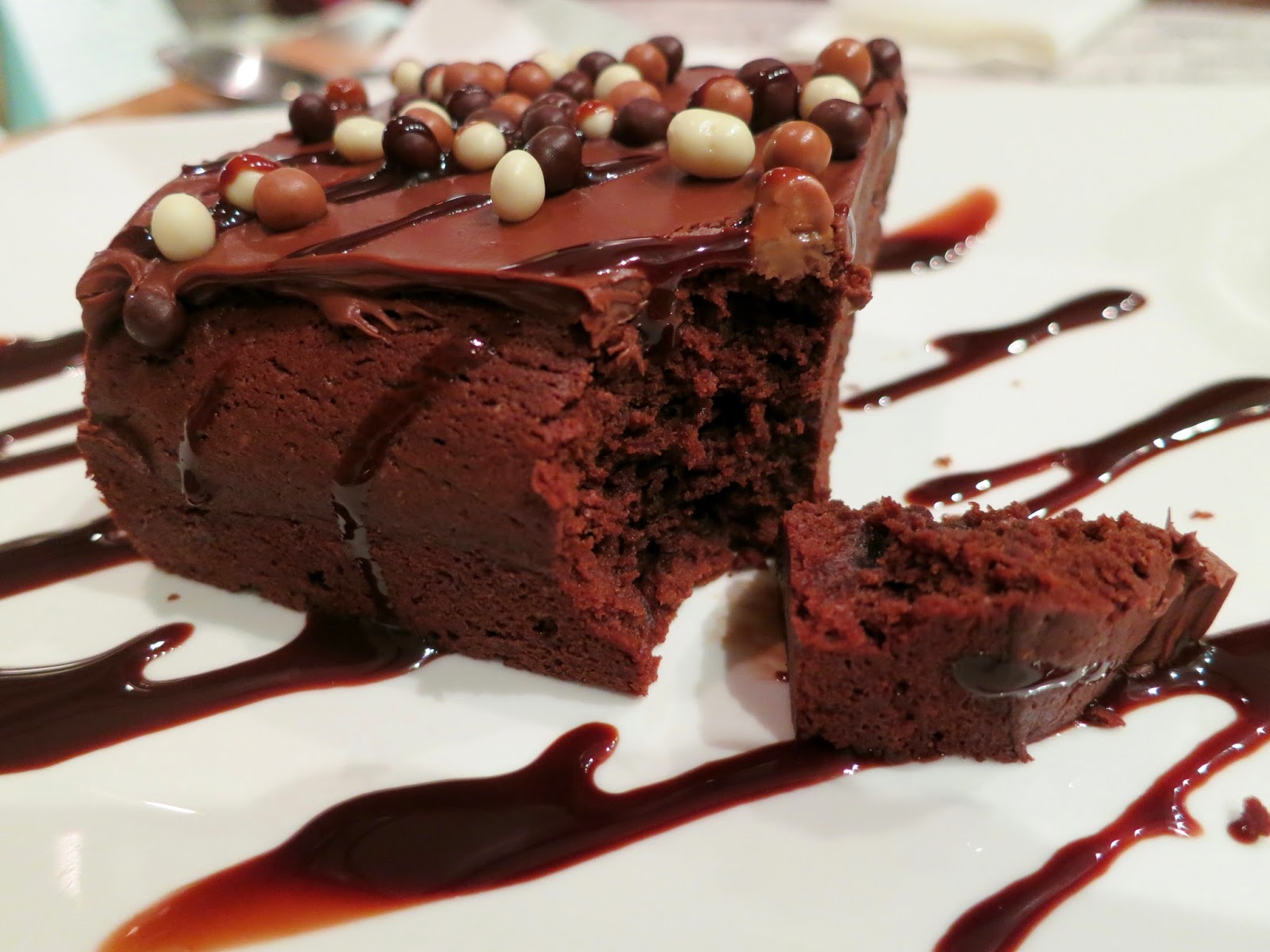 This isn't the normal sticky/chewy/niamniam kind of brownie but! I like the soft texture that melts like a cake instead. With Nutella... aiyo, I need to eat it now. Like right now. 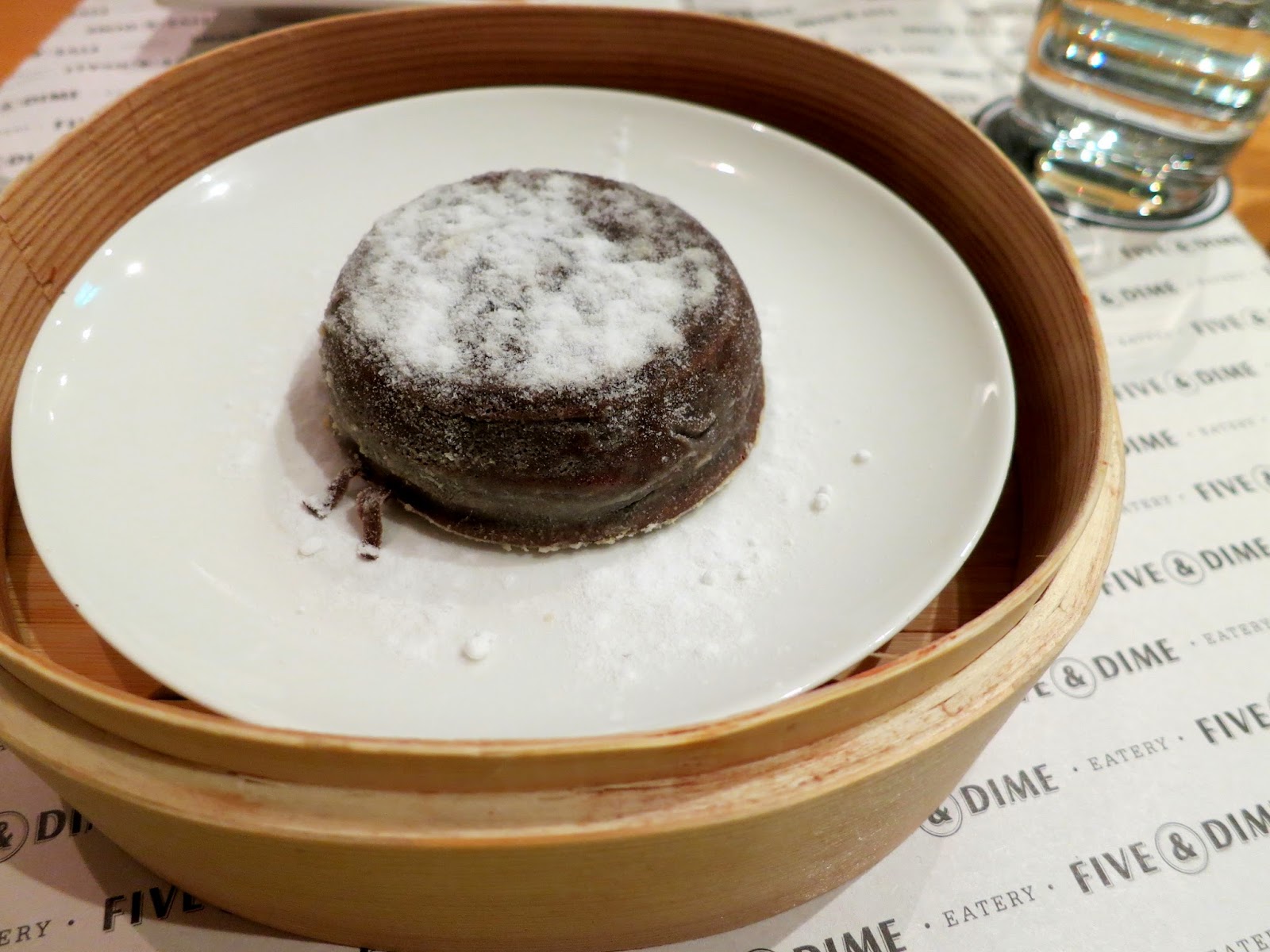 When it came I was like... WAH SO CUTE LEI. Looks like some dim sum dessert because of the steamer basket. This is something unique, and I haven't tried it before. Honestly, I can't explain how it tasted like, I guess it's better for you to self experience it.

$12 for something so small.. is indeed pricey but worth a try. 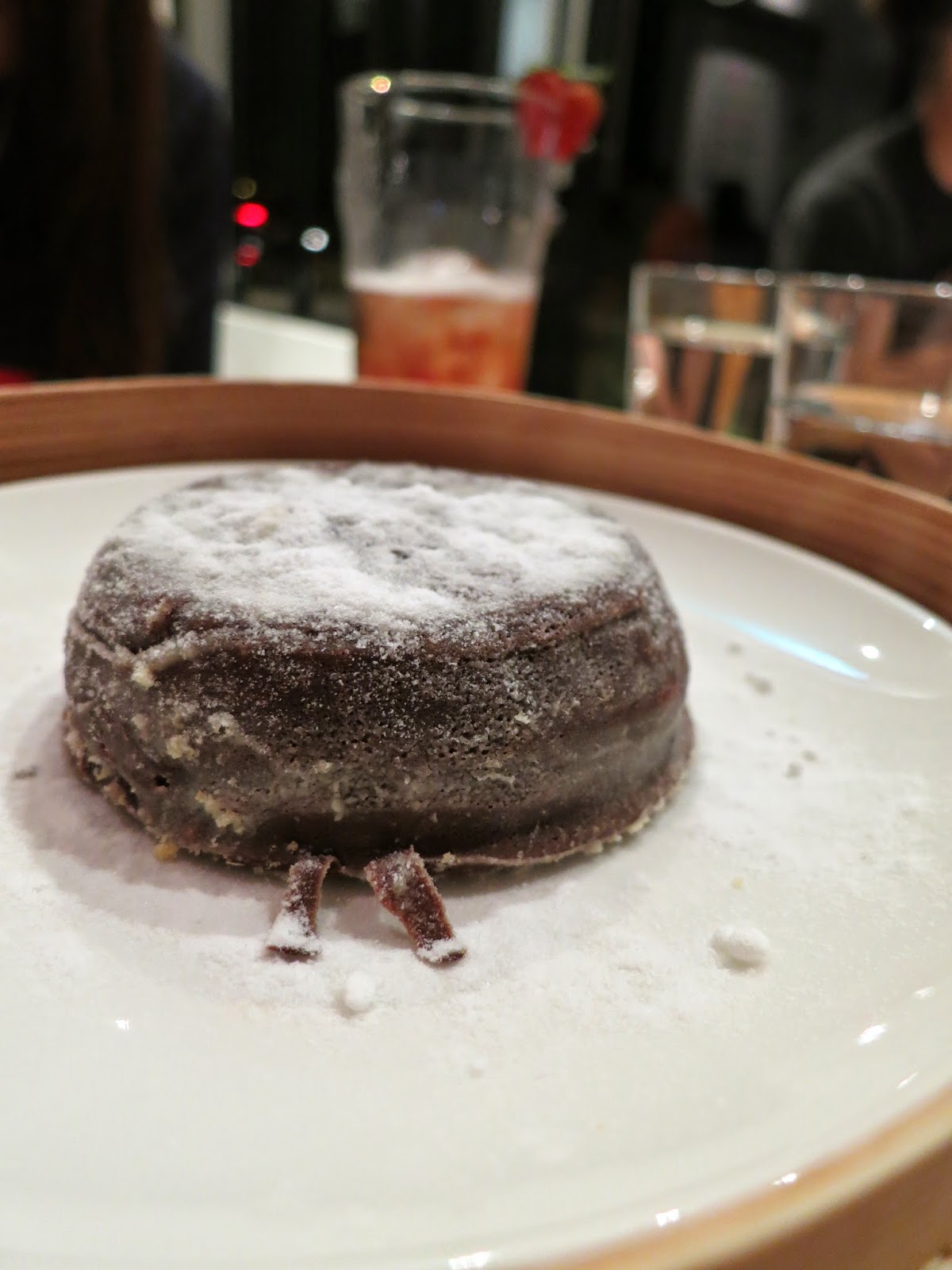 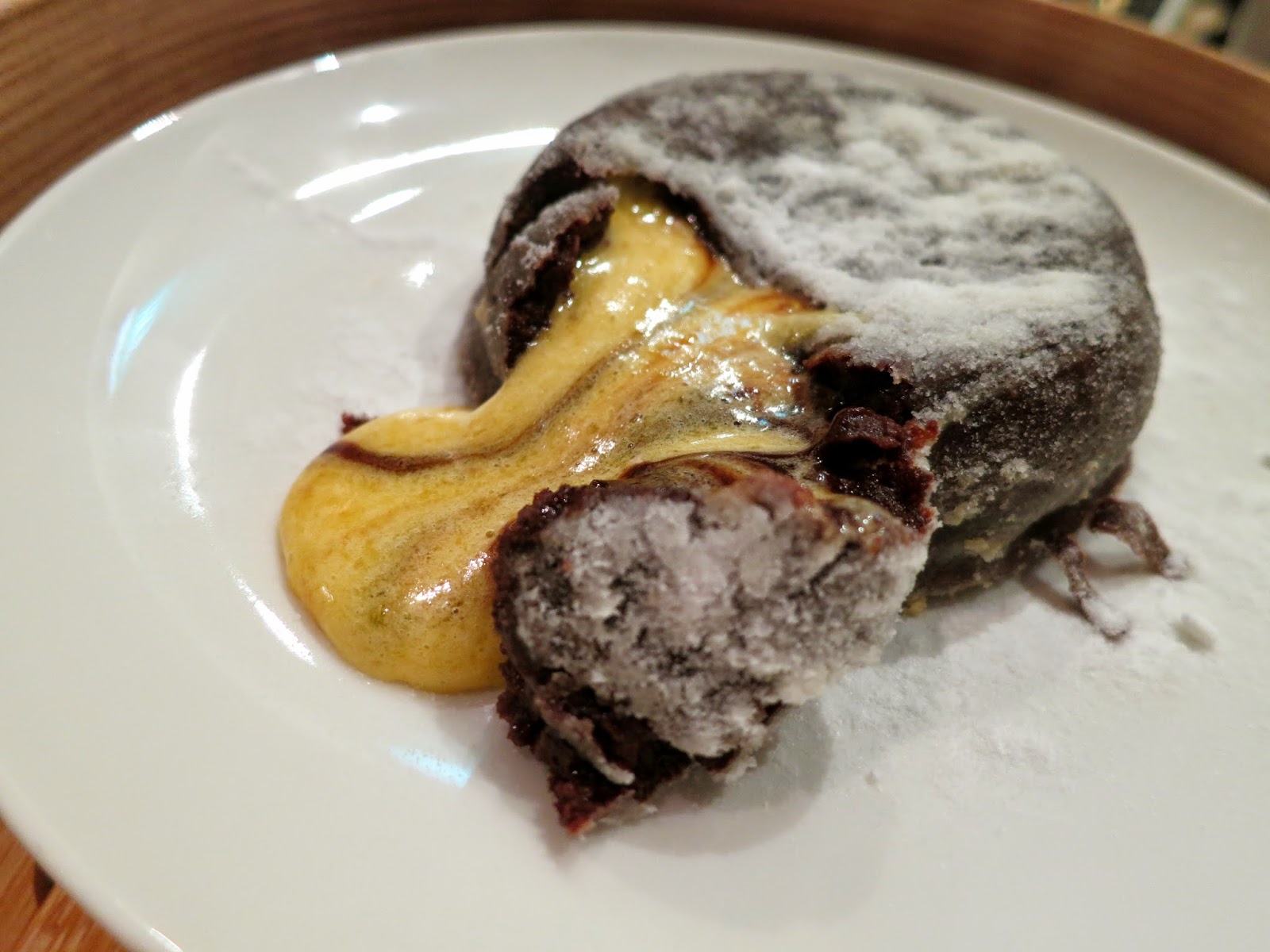 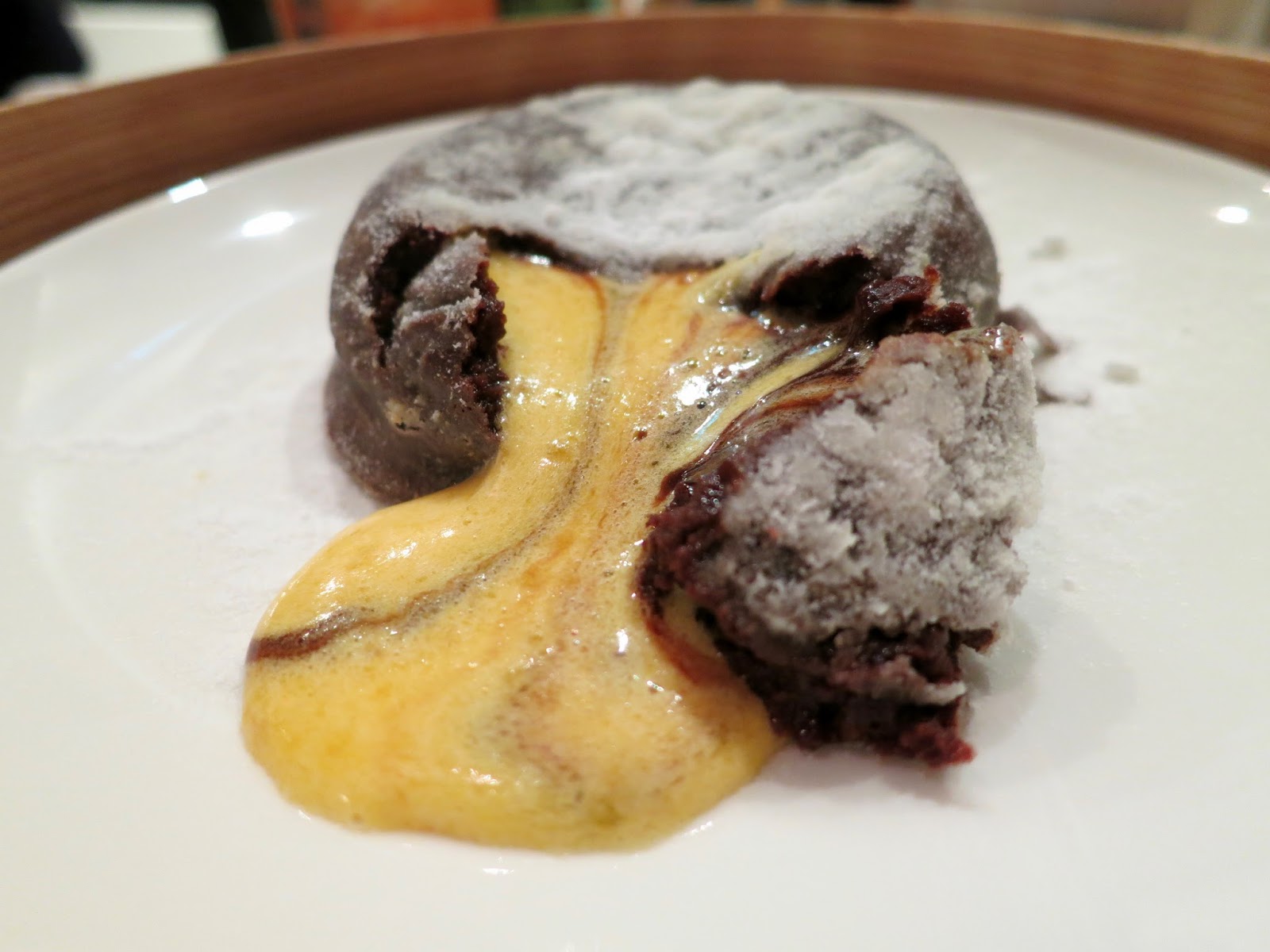 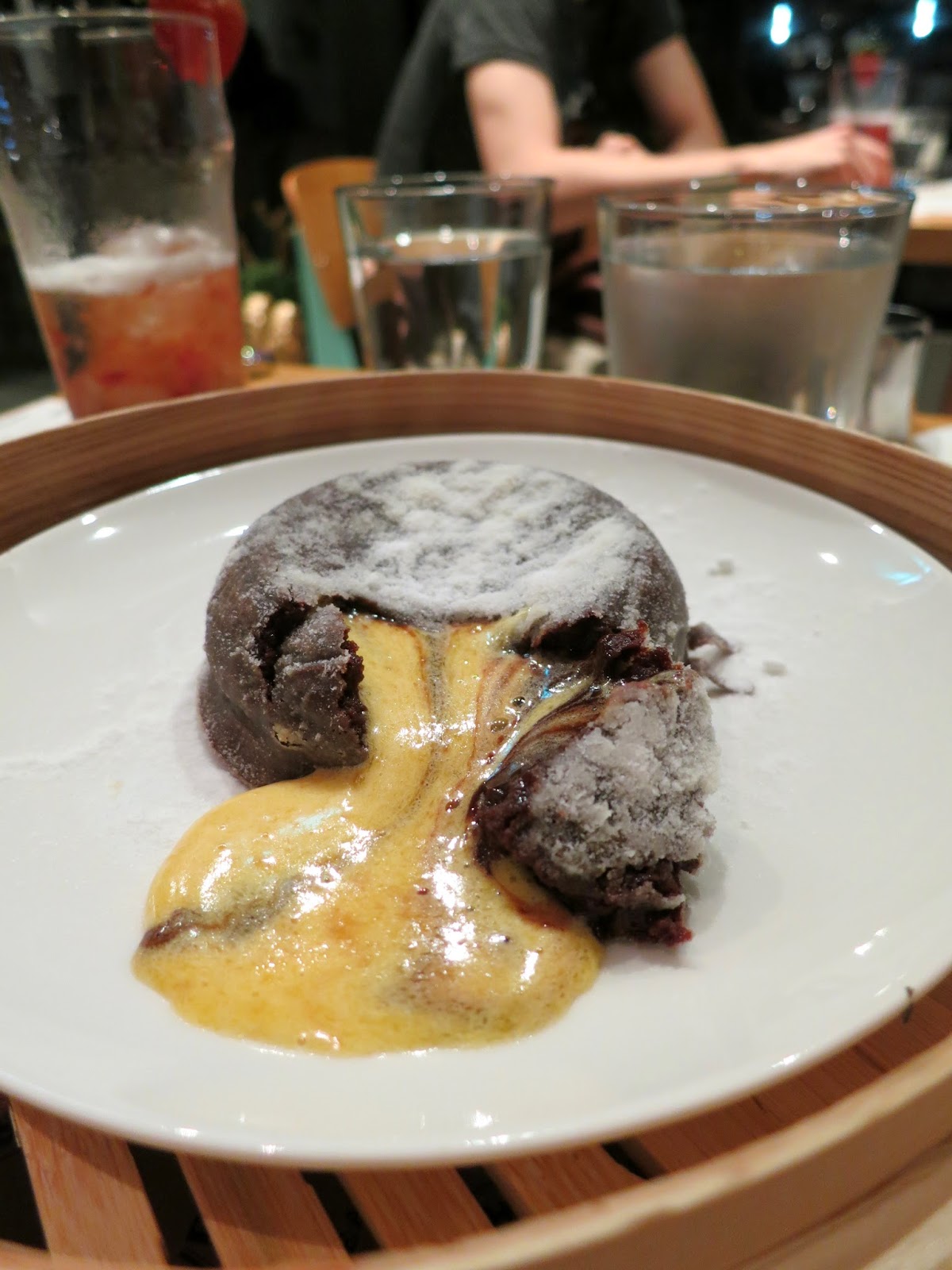 Then again, the food was good. I am considering to head back for their brunch (their menu looks really good) and I'm pretty confident that their brunch would do as good as dinner.

If you're looking for a treat for yourself, reserve now. :)

Oh, one more thing to add, you can reserve via SMS. Totally-dig-that-convenience.