Over the weekend just last week I took a break from this bustling city to a laid back, relaxed and technology-less place.

My aunt booked this resort from this owner that provides a package service. 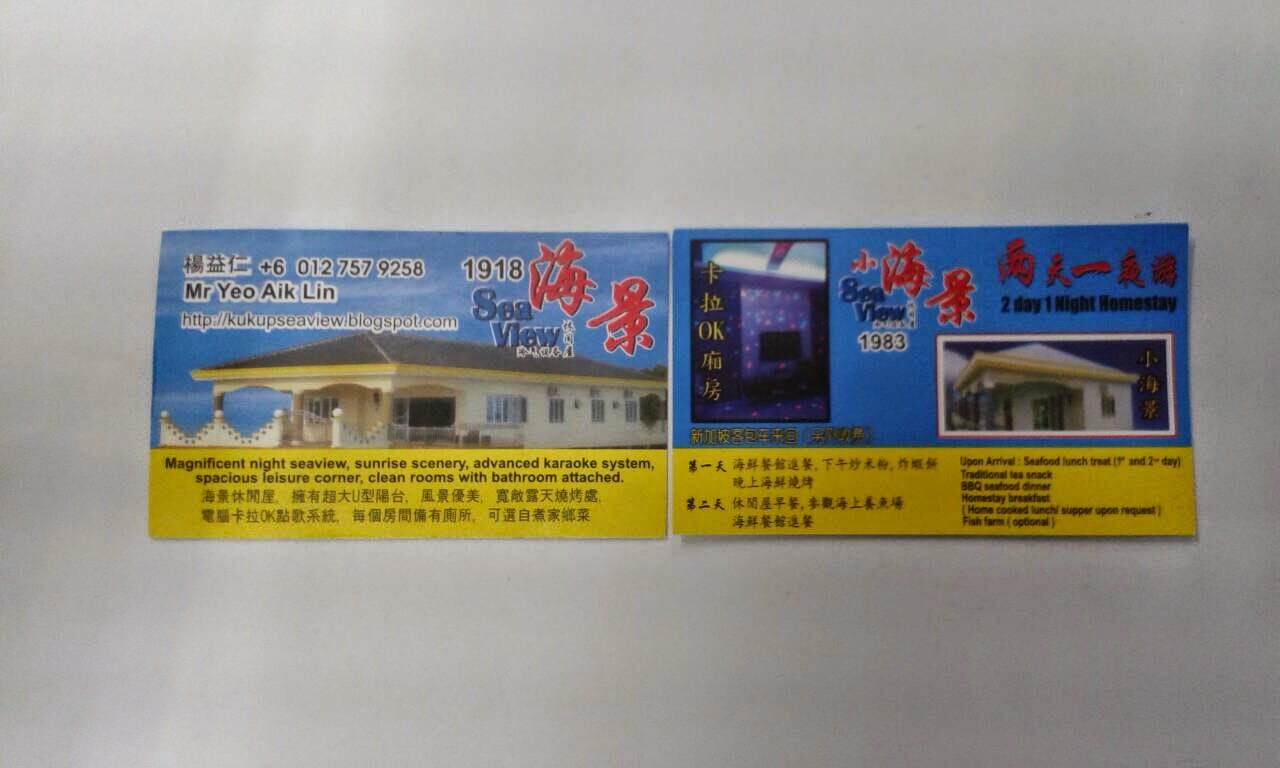 What's included in this package? Well according to what I had experienced... A 17-seater chartered bus for us to and fro (there were 13 of us leaving from Singapore), lunch at the seafood restaurant right bside Kukup Ferry Terminal, tea break, BBQ dinner, supper and breakfast by the owner of the resort. Everything for per pax $100! It'd pretty worthwhile I would say.

There were roughly about 20-23 of us including kids. I don't think kids have special rates, it should be the same as adults.

The pick up location was at Ang Mo Kio, the bus stop right opposite of Jubilee Square. We met up at 8:45am and the bus was so late that he only came at close to 9:45am. That driver was such a blur cock that I was so worried that I would get lost in Malaysia.

There was a slight jam while on the way in via the woodlands checkpoint but thankfully the bus lane was smooth and we avoided the congestion.

Side track.. I think I too long never go Malaysia already, the renovated check point looks quite chio. Hahahahaha.

Roughly bout an hours' ride, we arrived at the entrance of the Kukup Ferry Terminal. 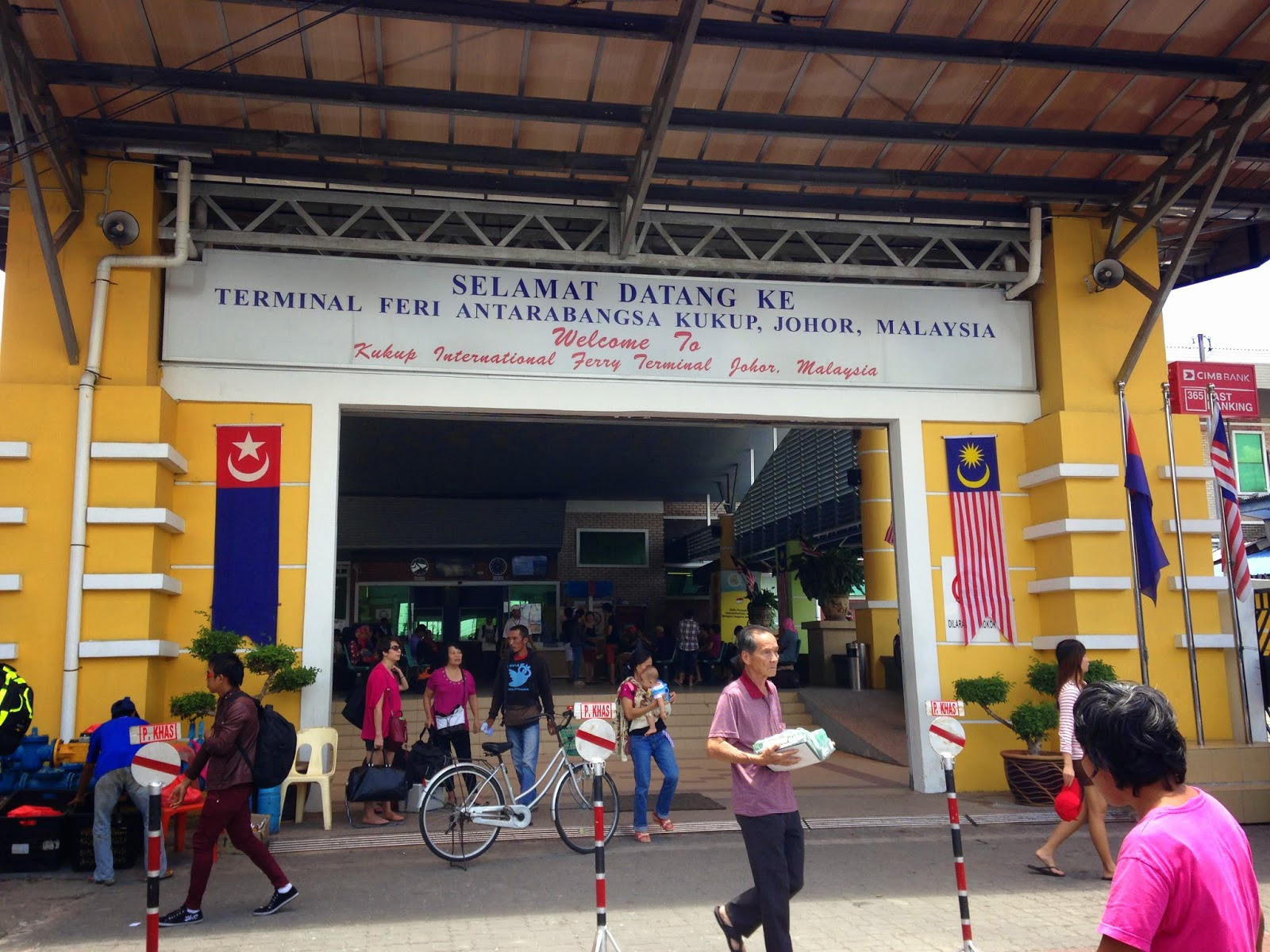 Just right beside facing the entrance, that's where we had our lunch that was included in the package. The food was pretty sucky but edible. There's practically nothing much in the area except some random convenient stores.

What I regret the most in this trip is not grabbing the chips I wanted before taking a good 15-20 minutes walk under the scorching hot sun to my resort through this narrow, 2 way path that has no barricades at the side.

There's a store just within the restaurant that we ate but that place doesn't have really decent snacks. If you want snacks, further down the road on your left (when your back is facing the ferry terminal entrance) you should see another store that sells freshly baked pastries. That store has much better choices of snacks. Don't expect to see Calbee or Nachos but maybe you can find some cuttlefishes and lobster prawn crackers.

I though that we could walk out later to get some snacks but... The walk was so long that cousins and I decided to make do with whatever the owner fed us with. 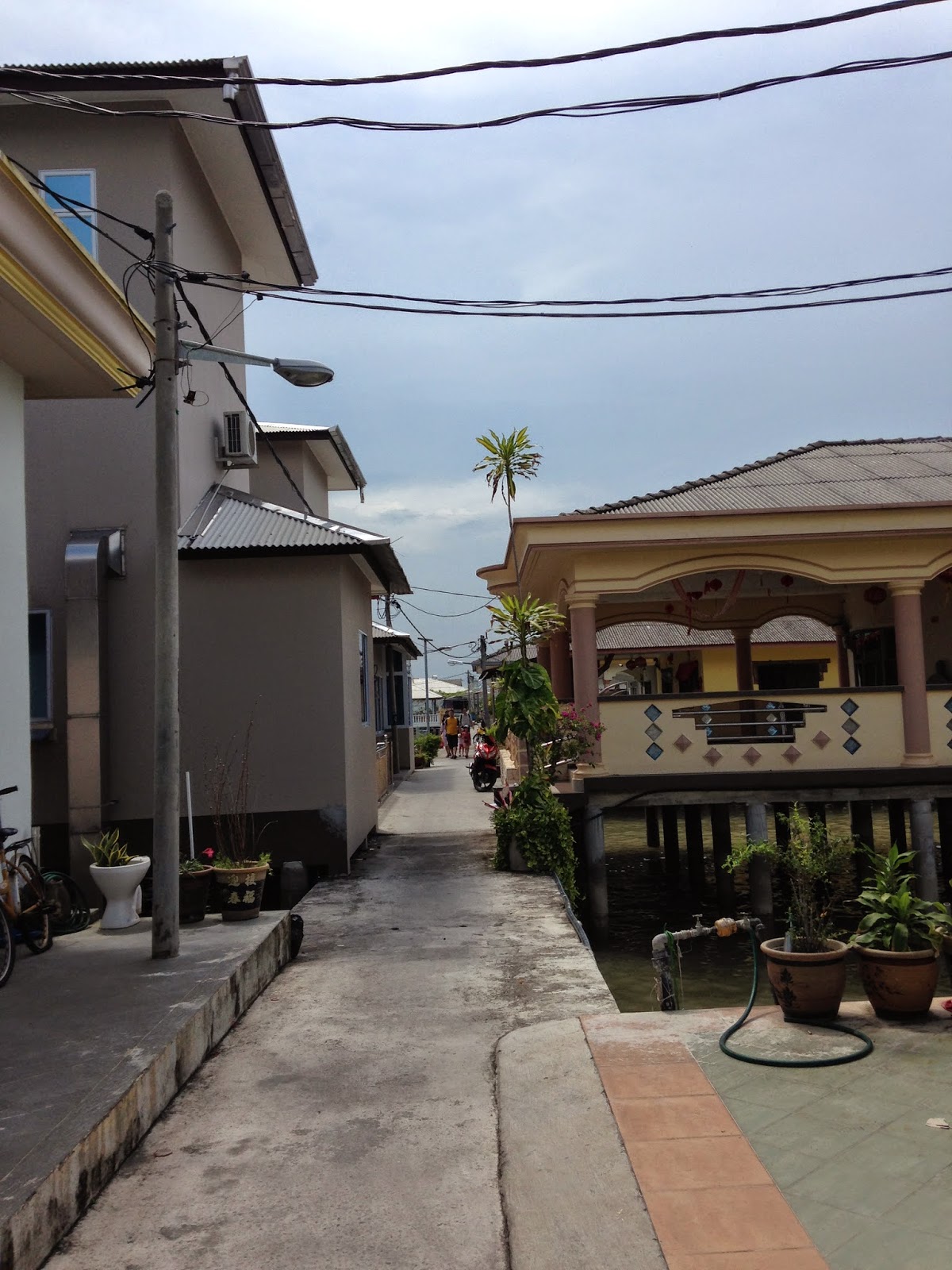 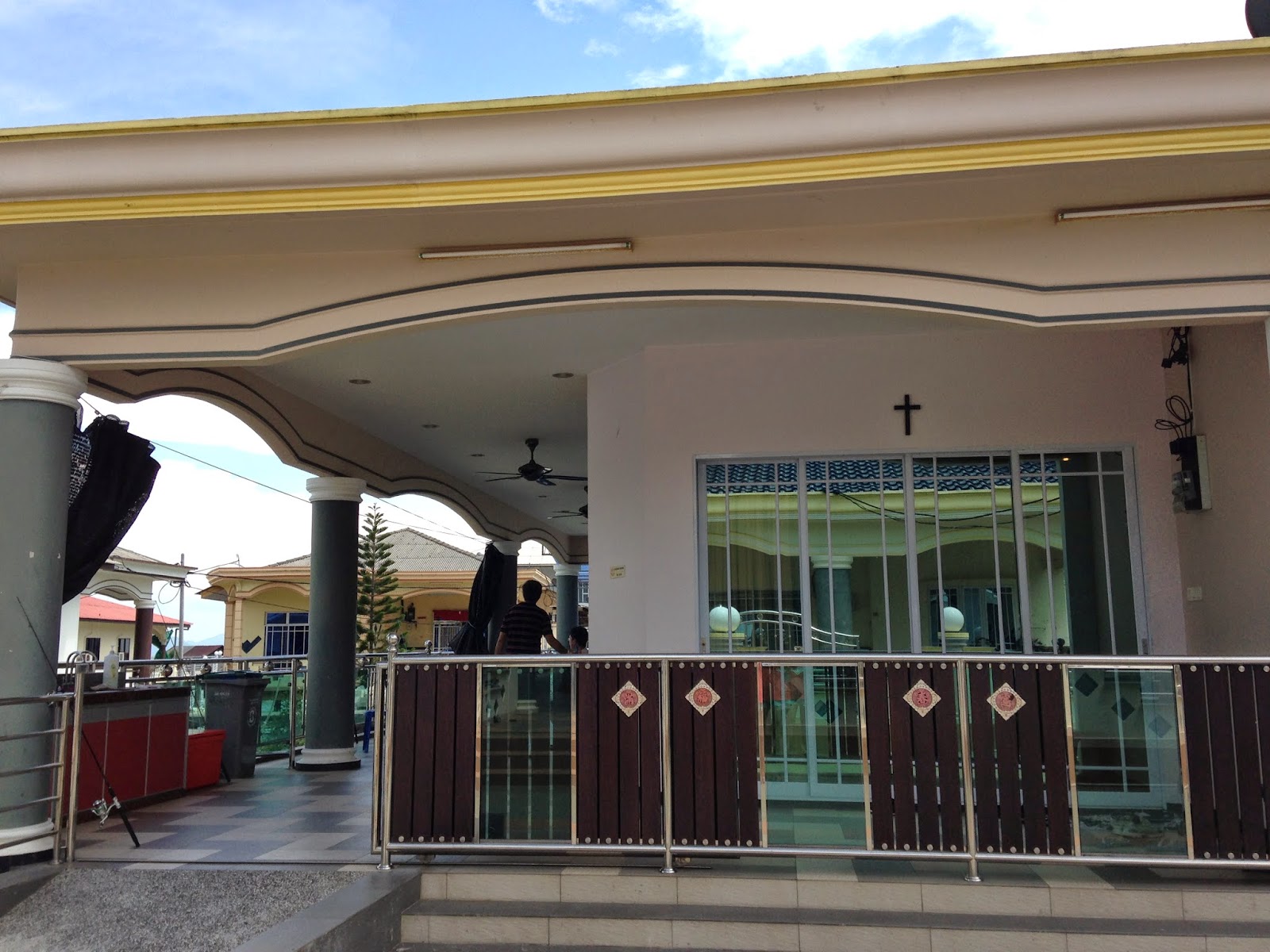 I took a video to show you the entire resort but just ignore those people inside hahahaa.

Super big resort that can easily house 20 people. But of course it's not sound proof so... The KTV sessions went on till 3am.. Technically I didn't really get much sleep. 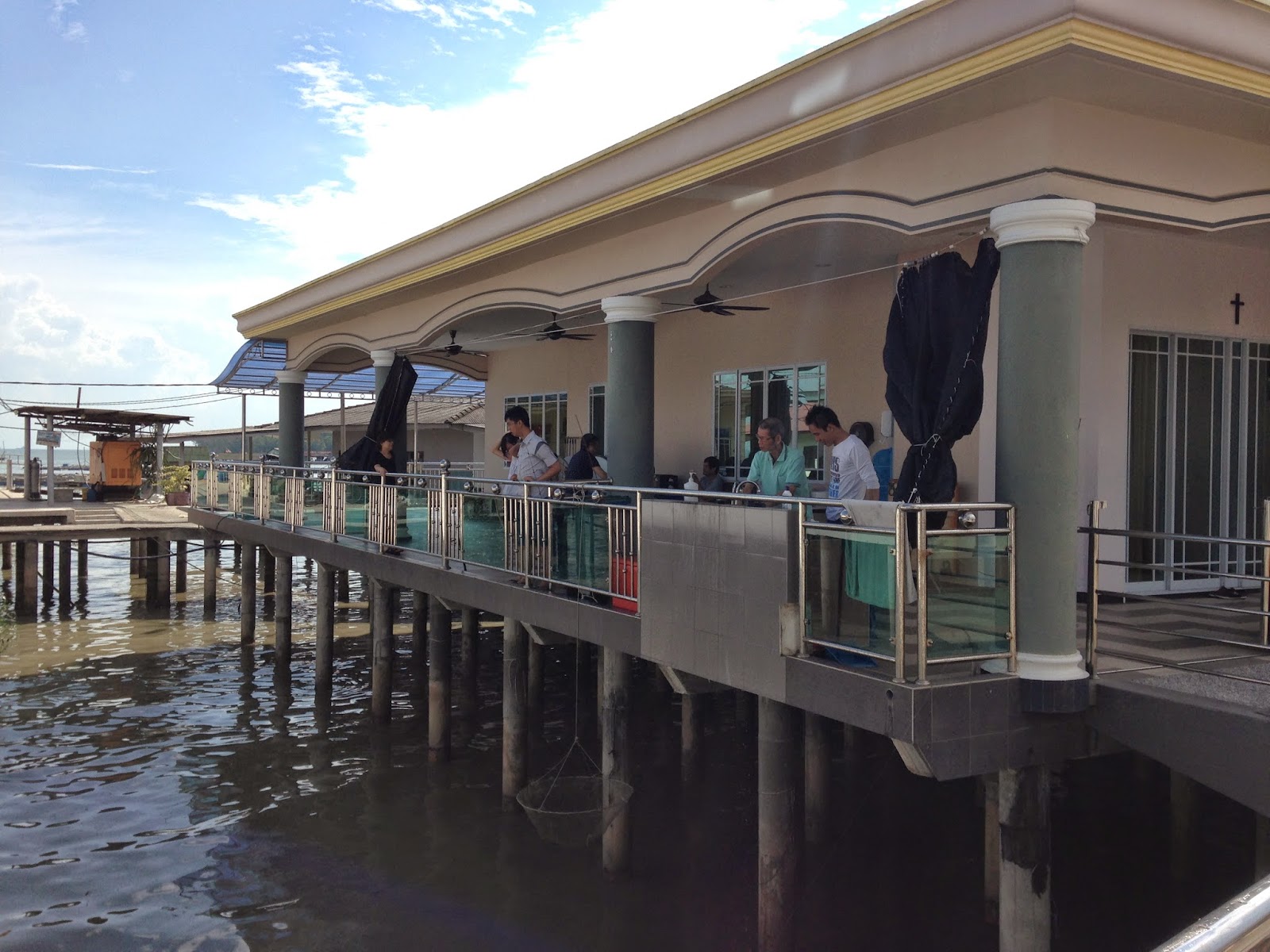 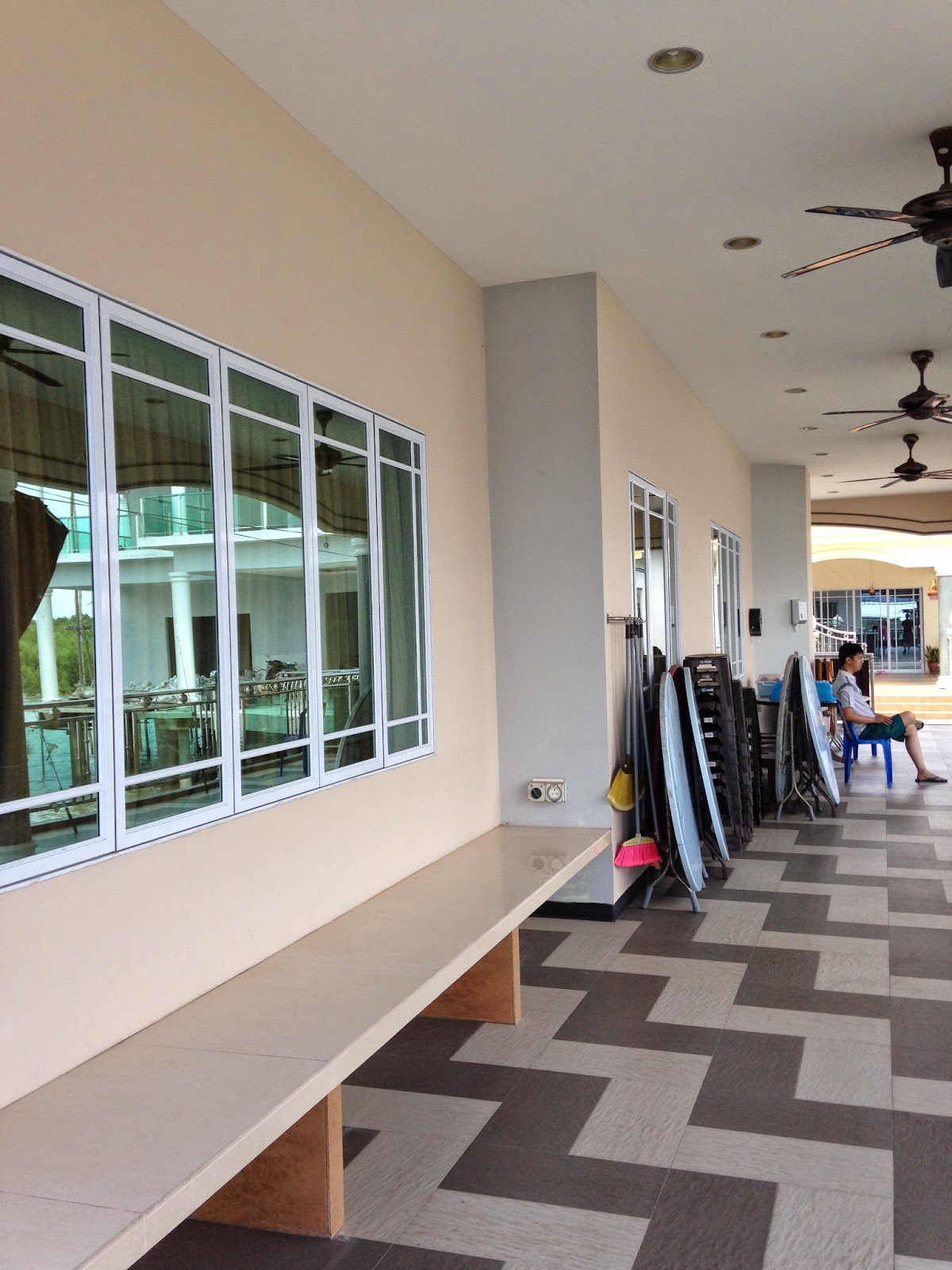 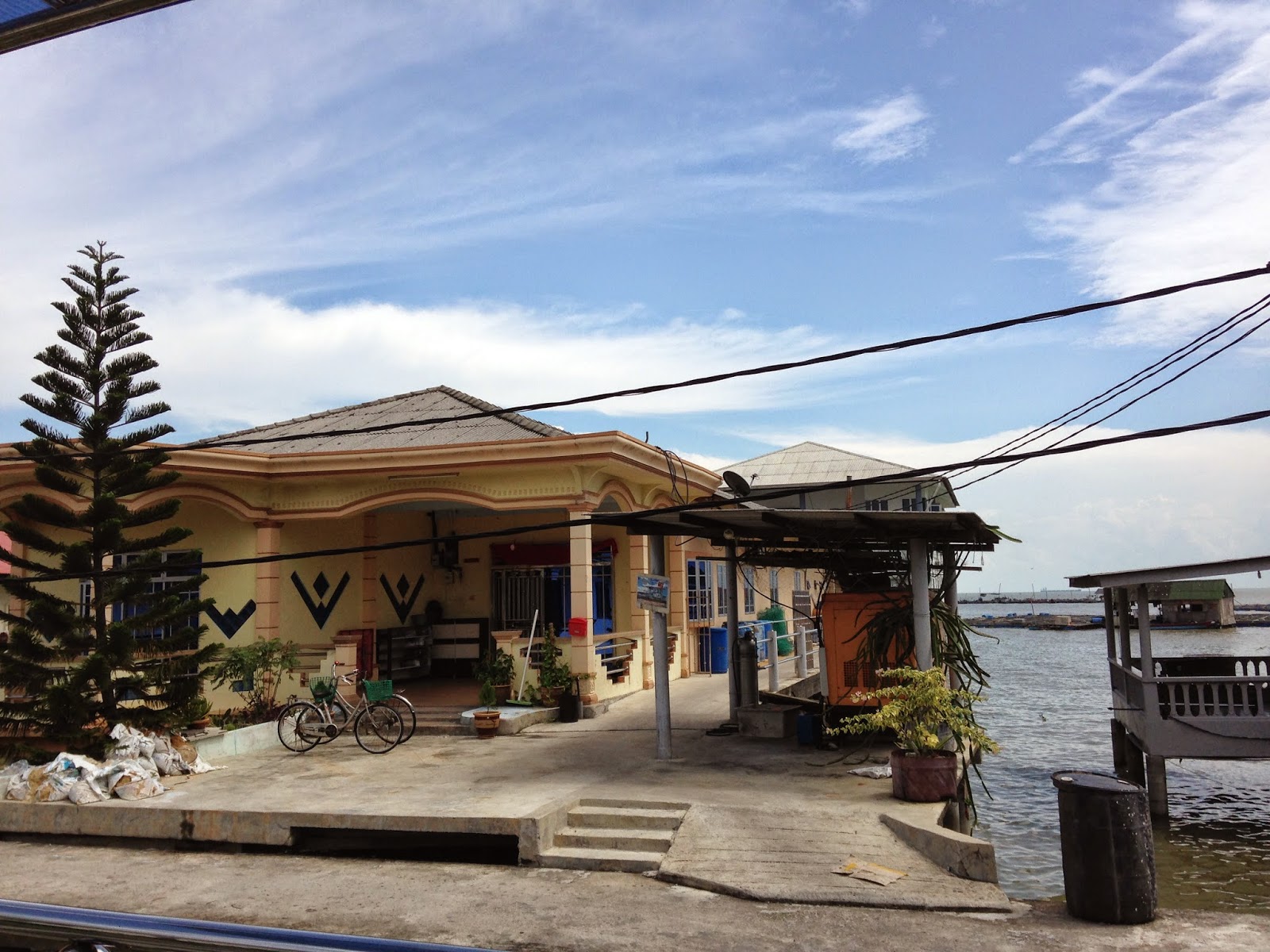 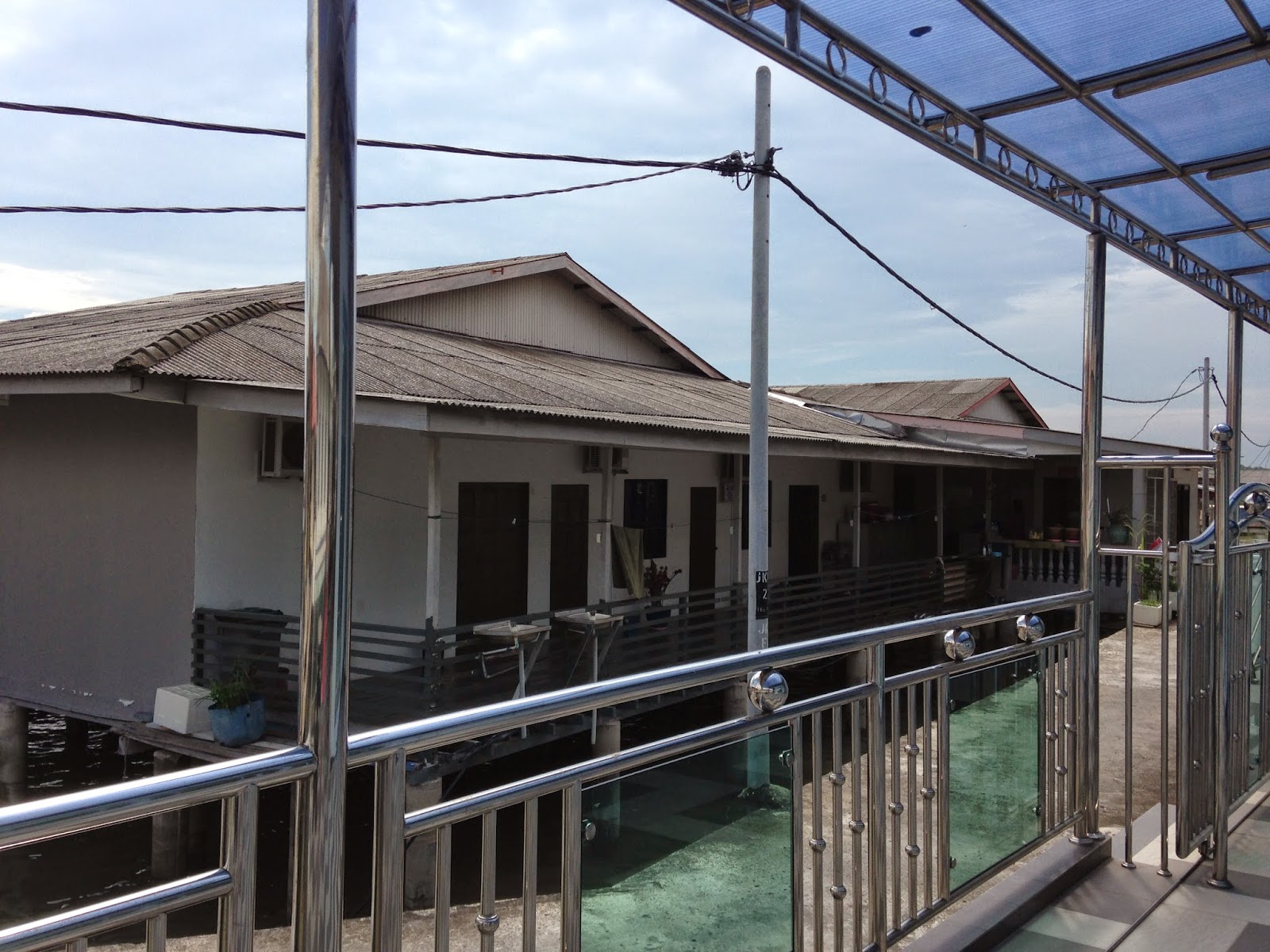 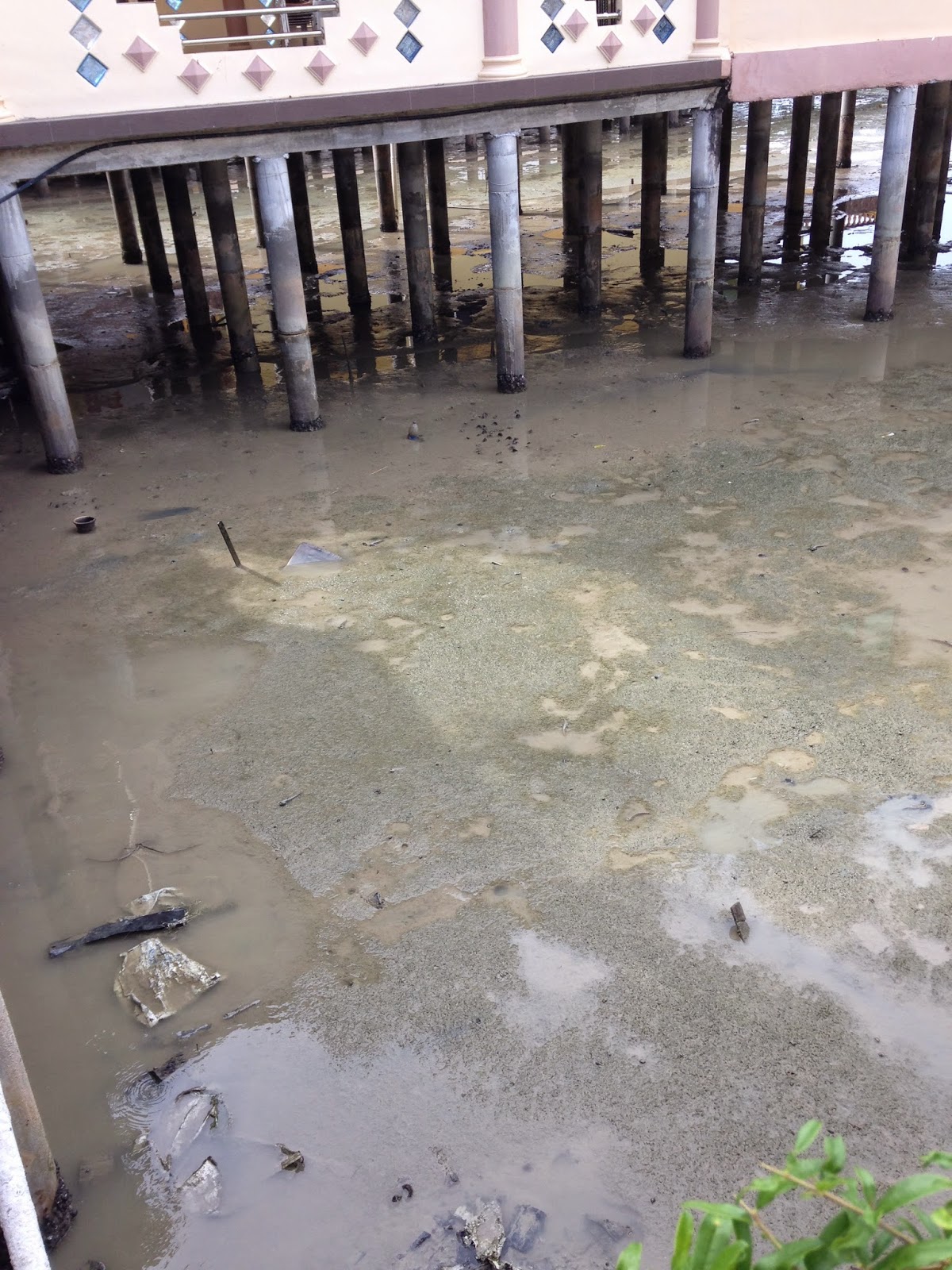 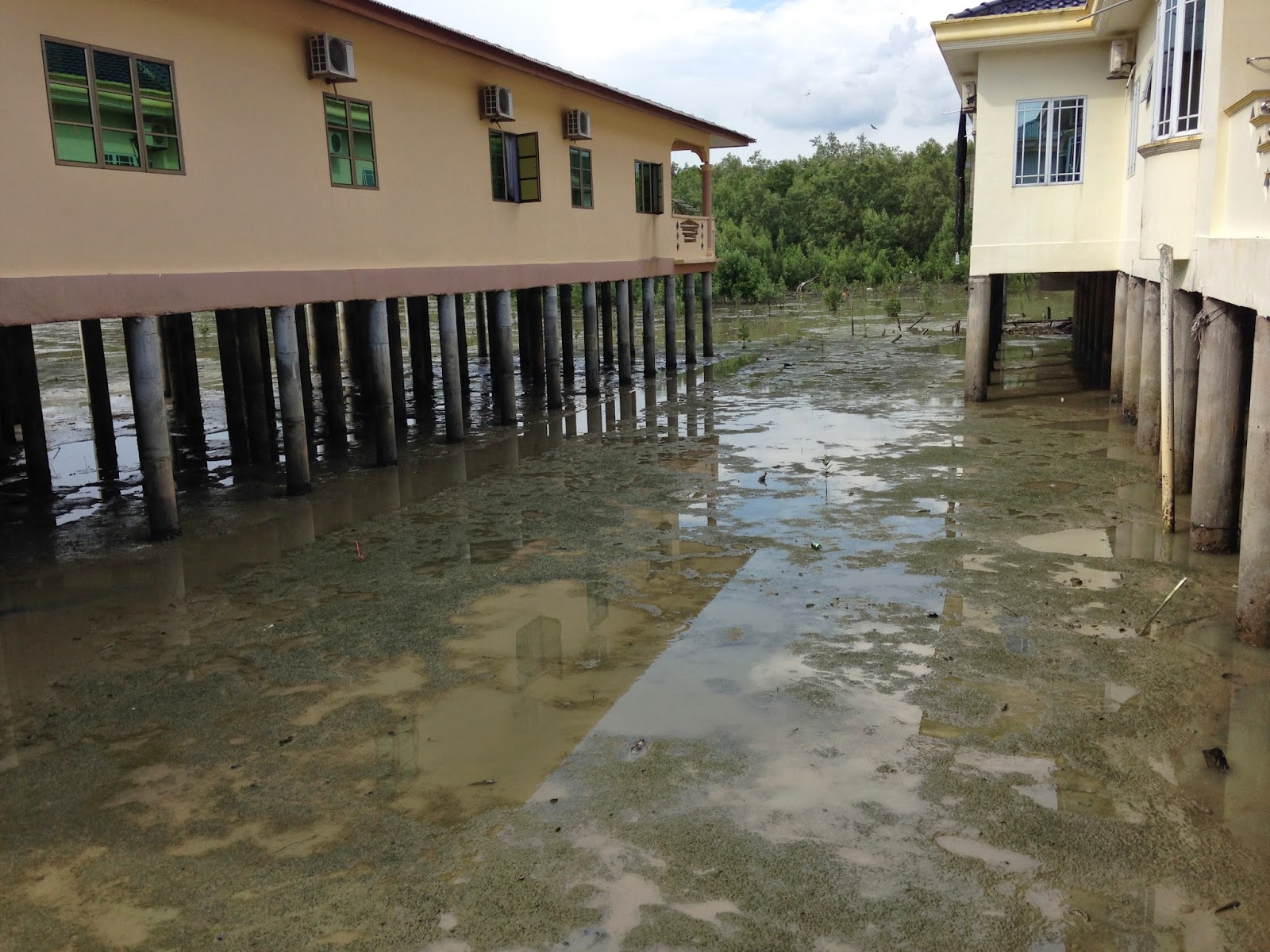 If you would like fishing, you can get the owner to help you with renting some rods. I have no idea how much they were as my uncle paid for them. I had my fair share of fun trying to fish even though I didn't actually caught anything that I could keep. I managed to catch a couple of puffer fishes that we let go thereafter and a mini catfish. 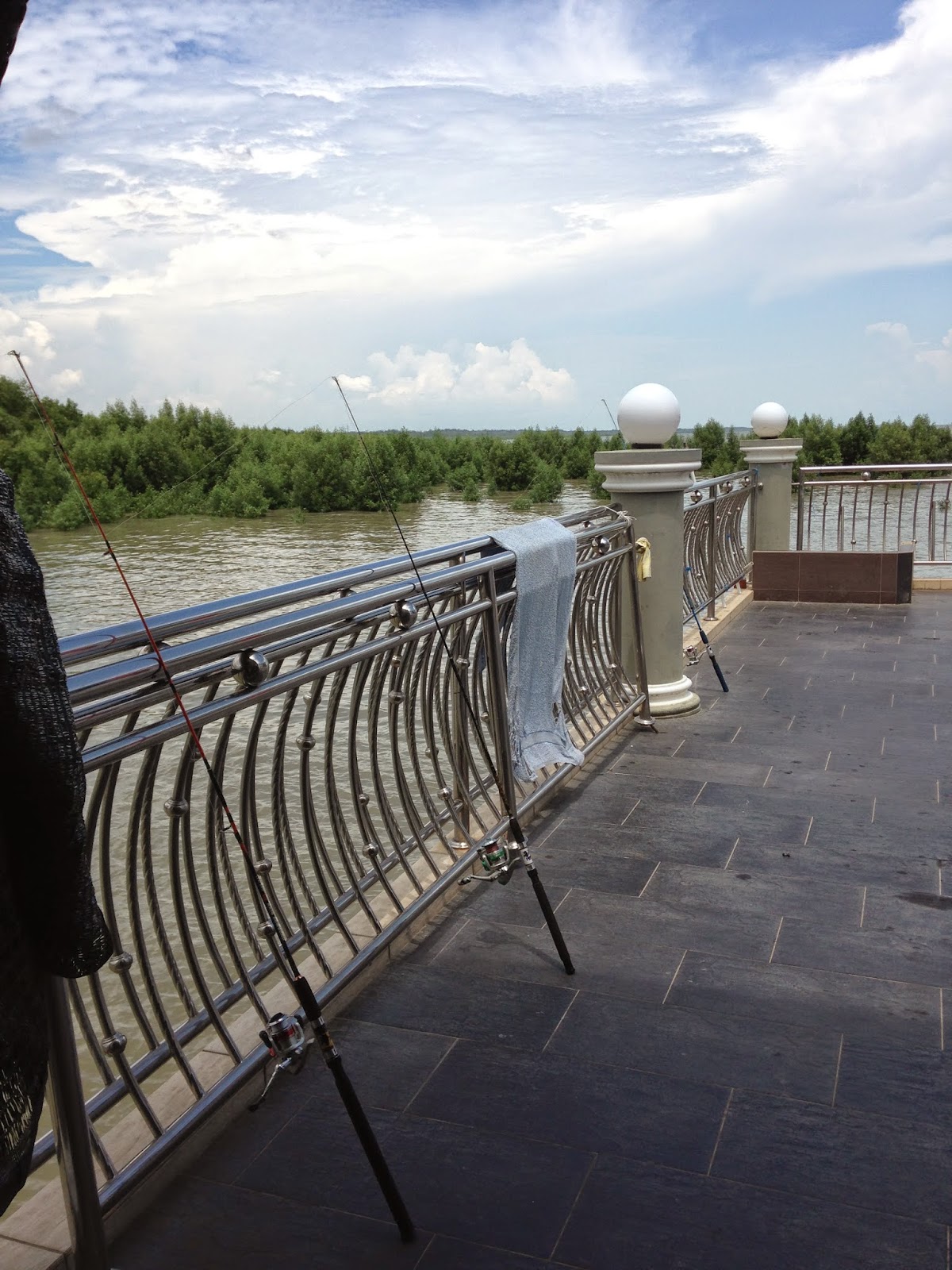 My uncle being really experienced taught us some tricks and tips for fishing. That's... Basically how I spent my noon there. While my mom, my aunts and cousins were either singing KTV or playing mahjong.

At about 3/4pm, tea break was served. Some really awesome prawn crackers, curry chicken with bread and green bean soup. The curry and prawn crackers were good but the green bean was tad bland. I didn't like it though. 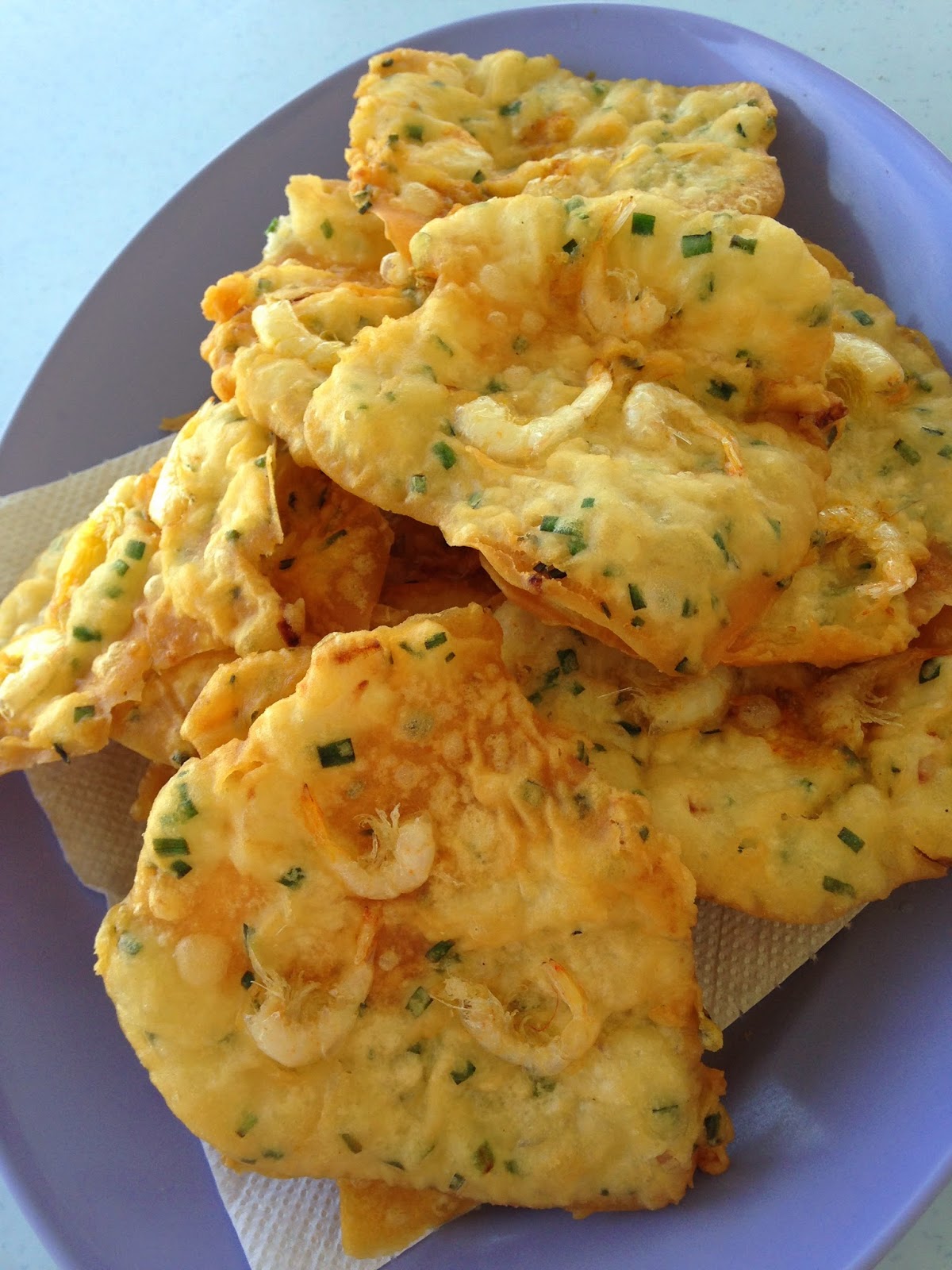 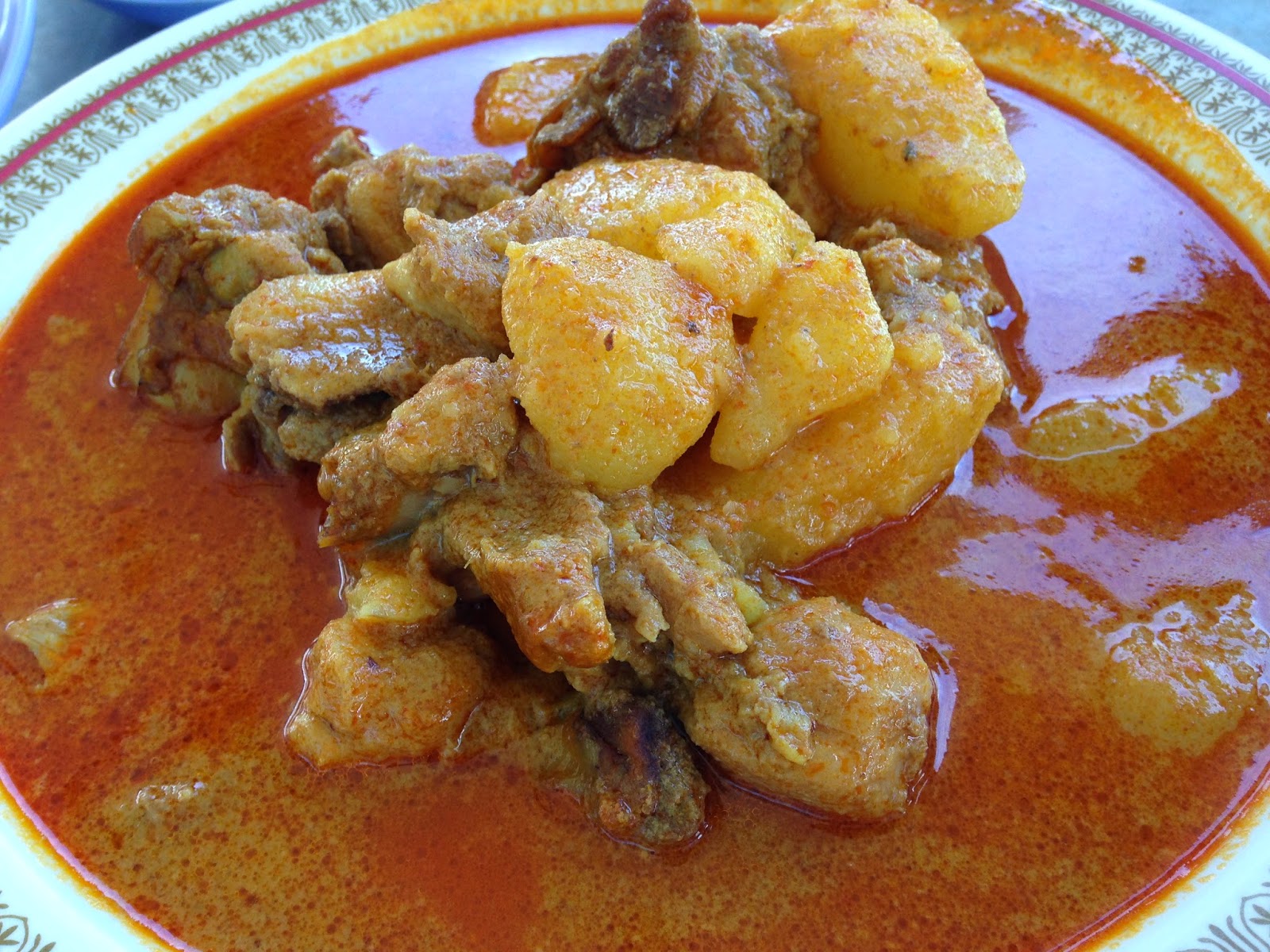 At bout 7/8pm, dinner was served! Definitely the highlight for the trip because the BBQ dinner was really good. (So sorry I forgot to take photos but I guarantee it was the best meal for the entire trip!) The owners hired people to BBQ for us so all we had to do was eat.

Since it was national day in Malaysia, our neighbouring resorts were firing crackers and fireworks while we sit back and enjoy free show. Hahahaa.

So the night of mahjong, KTV, fishing continued until it was 12midnight and supper was served. Bee boon which my cousin said it was not bad but I didn't try cause I wasn't exactly hungry.

I ended my night at 1am but because the KTV went on till 3am... I was tossing and turning so I had no idea how long did I actually sleep.

Anyway if you are wondering... The KTV happened within our resort because they were friends and families of my aunt's workers.

Breakfast was served at 8am and I was the last to eat. I was so shagged out that I couldn't get out of bed but man, everyone that slept lesser woke up and finished their breakfast by the time I went to eat at 9am!

Breakfast provided had a wide variety that includes roti prata, wanton mee, nasi lemak, kuehs, soy bean and coffee. I had the prata and it was bad, maybe because it was already cold but the curry was bad so I didn't liked it. But I heard feedback that the wanton mee was good. Soy bean was good though.

We checked out at 10am and took the ferry to a nearby Kelong. Took a little tour on the Kelong before heading back to the terminal.

Everything on the Kelong was much more expensive so no one got anything.

Back on land, I felt so much better hahahaha. Waited for the same bus that brought us from Singapore to head for lunch at this supposedly famous Bak Kut Teh place called Ah Feng. 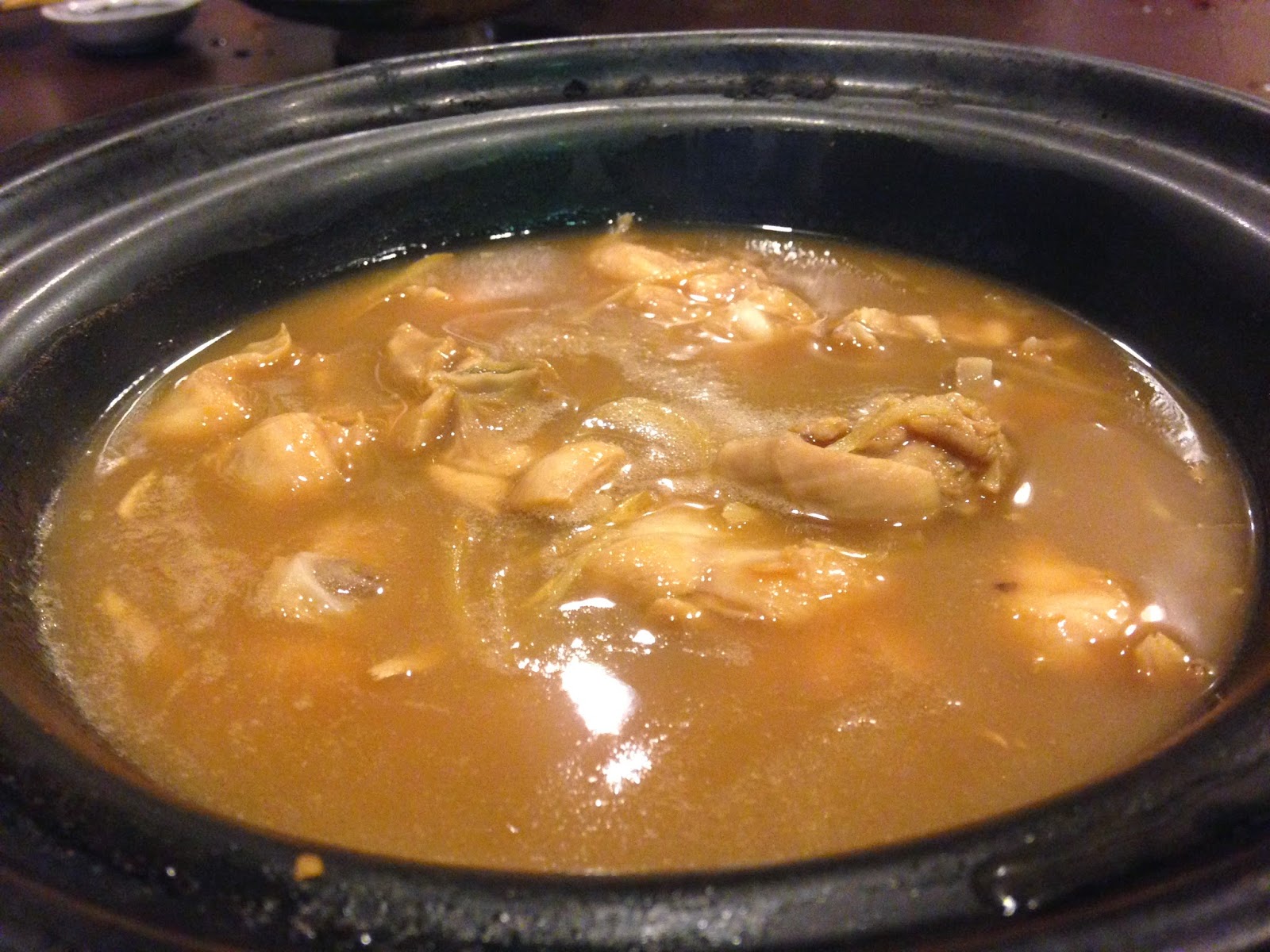 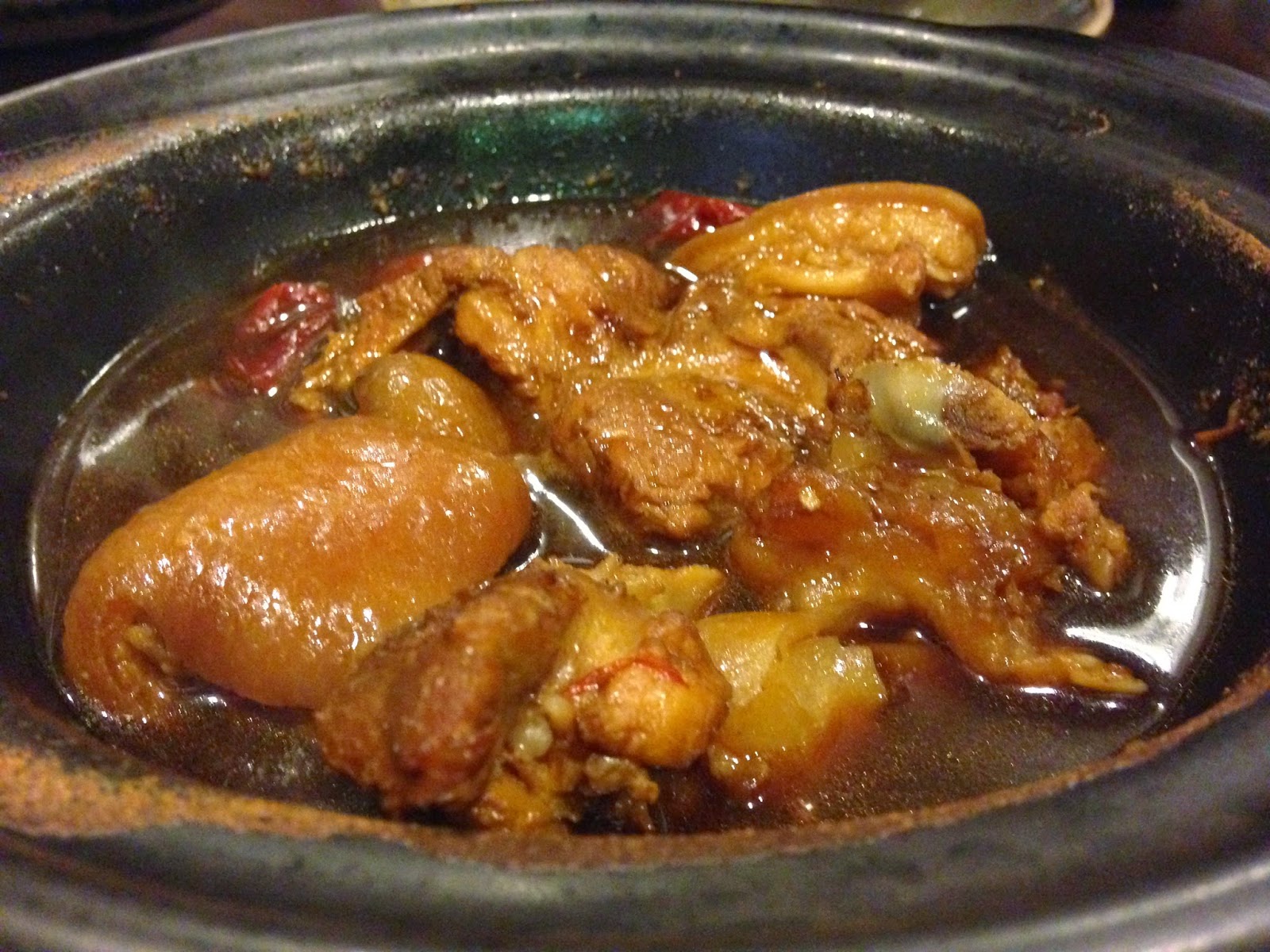 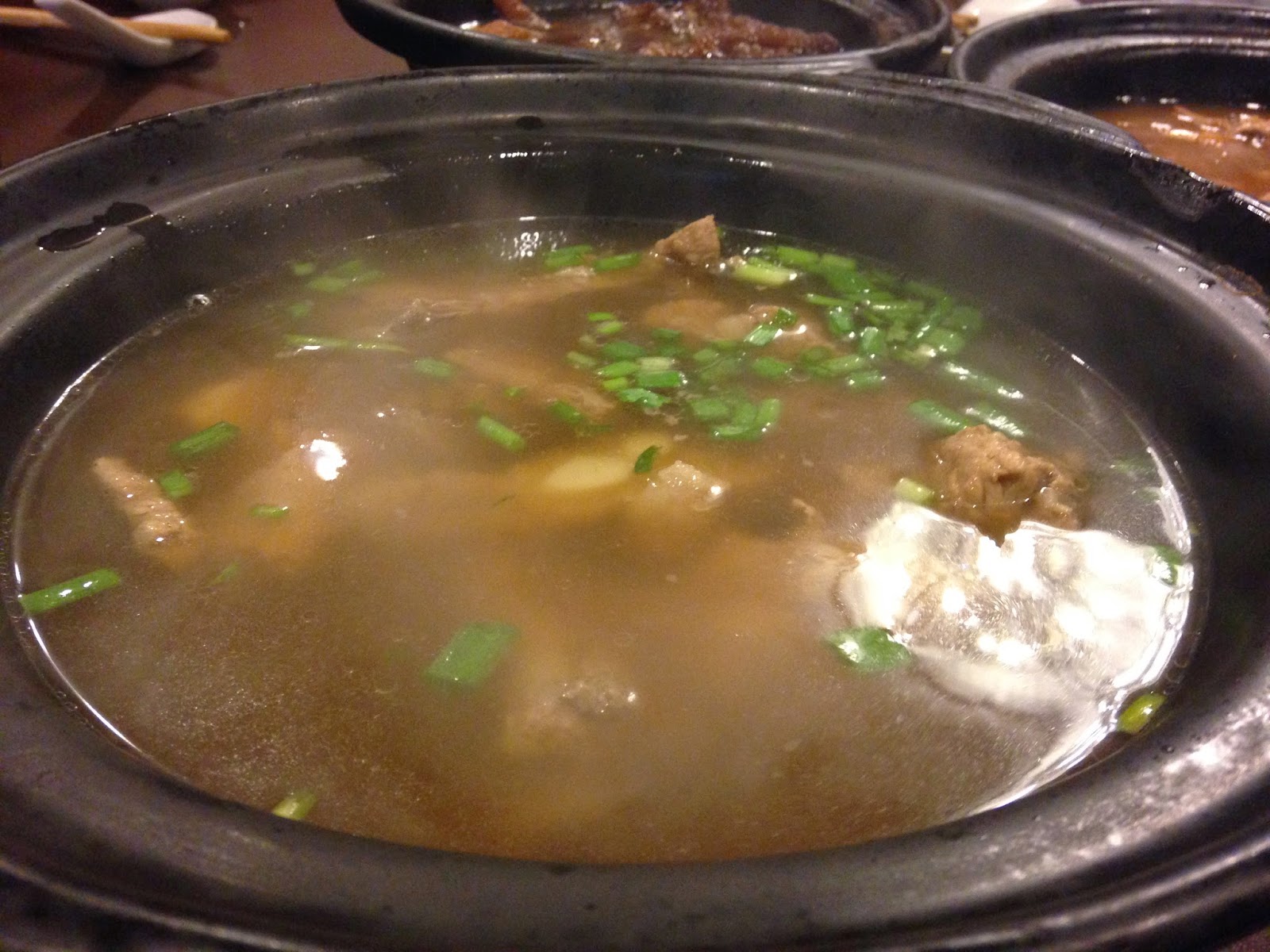 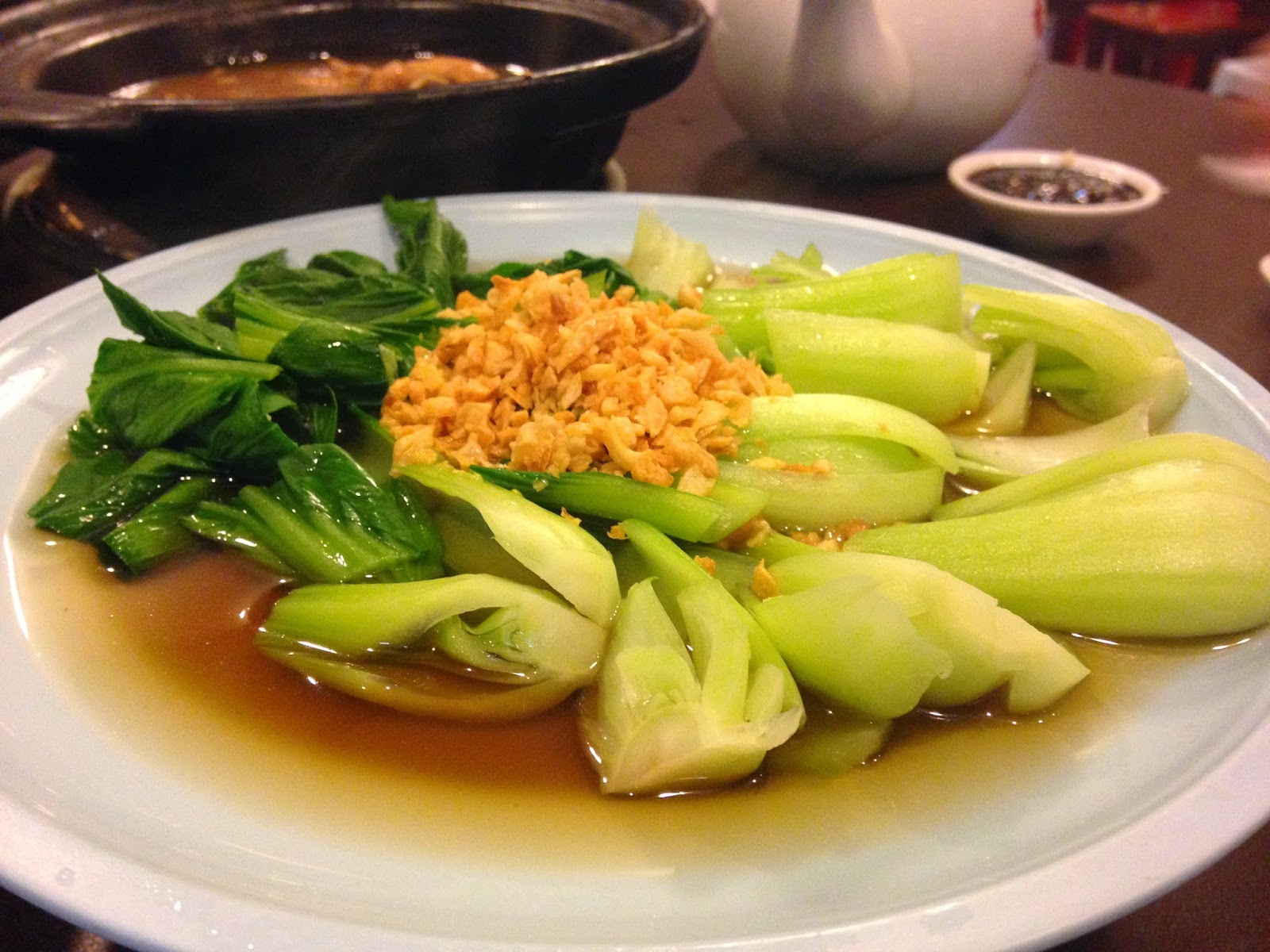 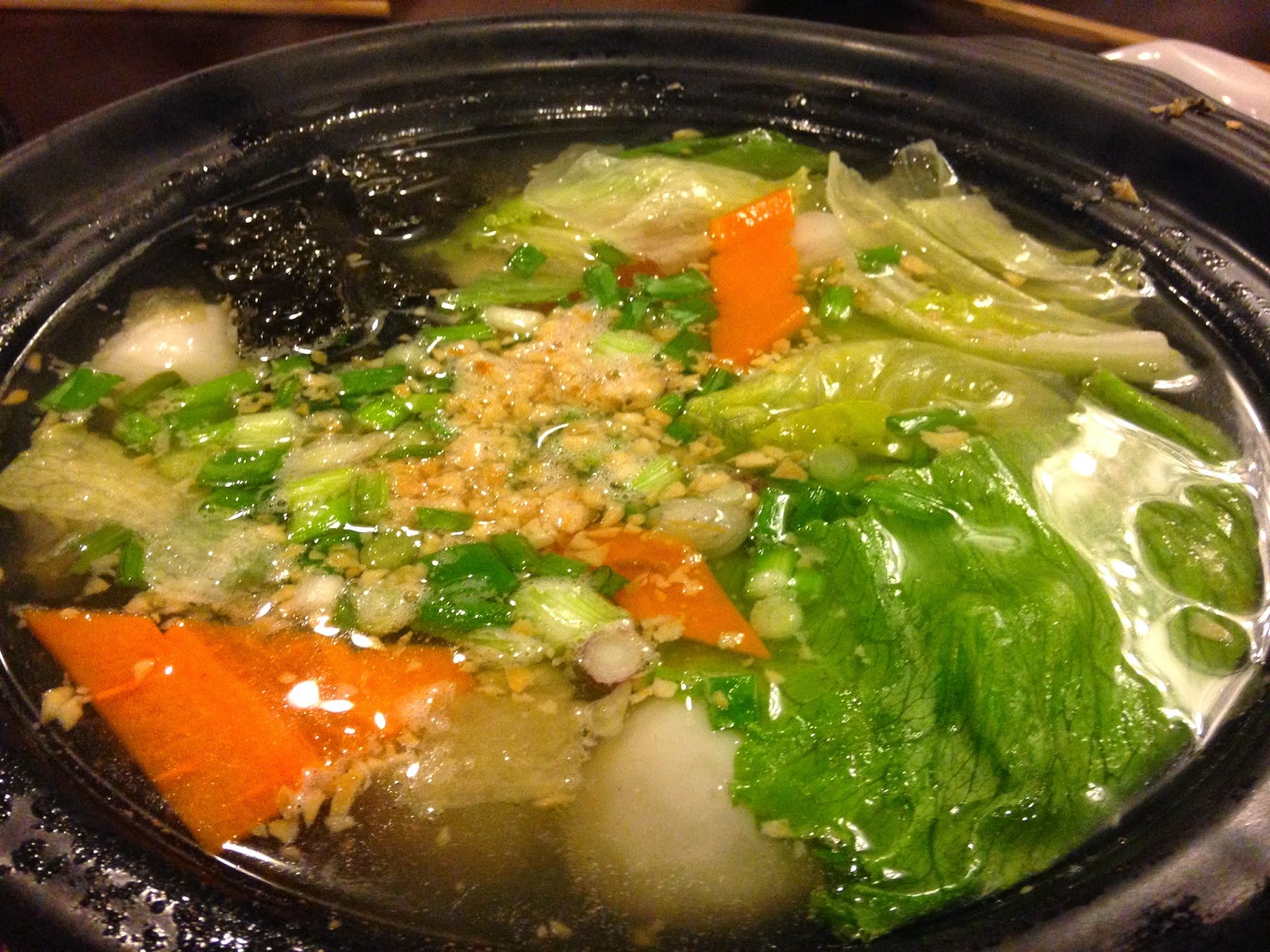 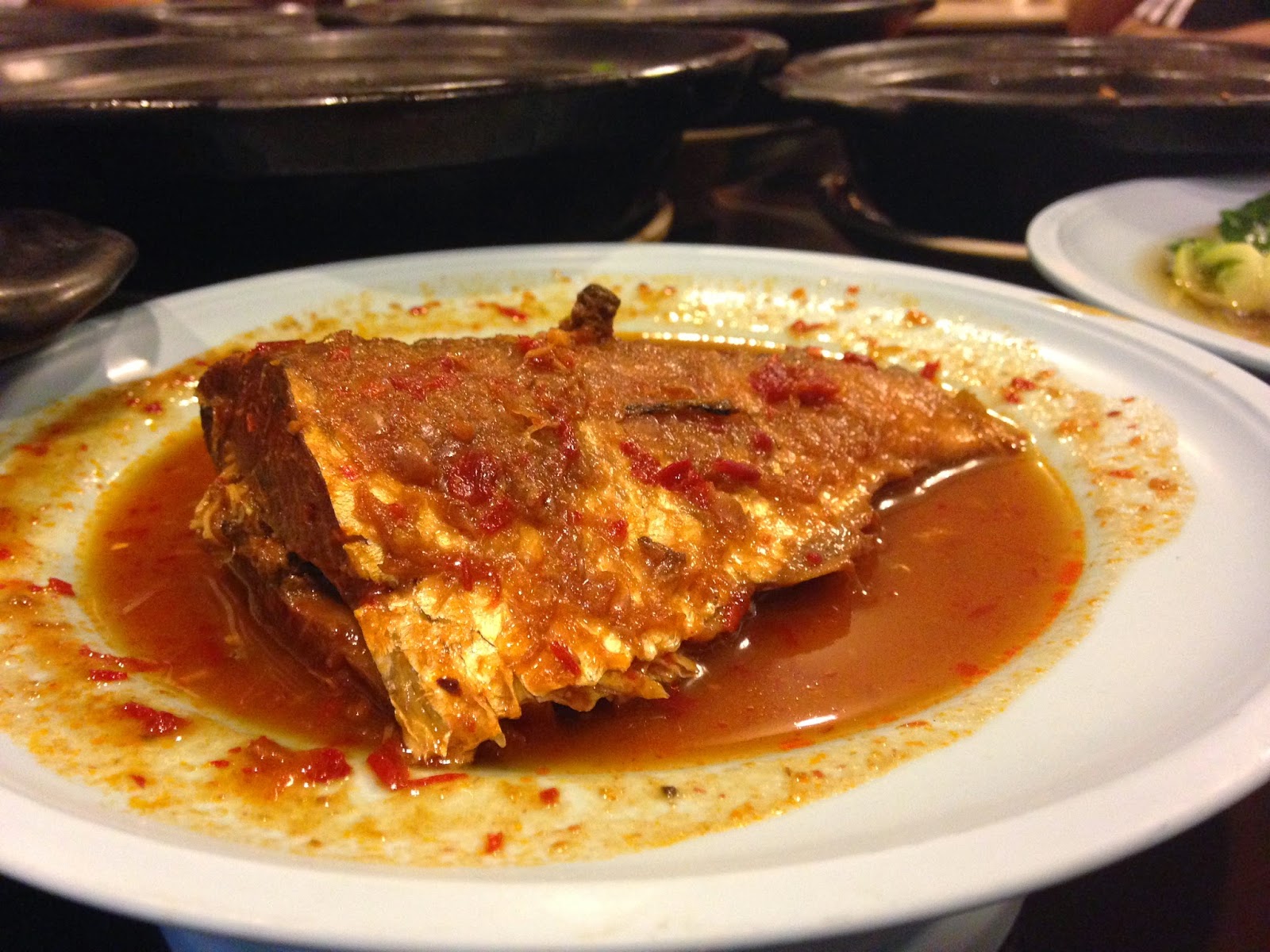 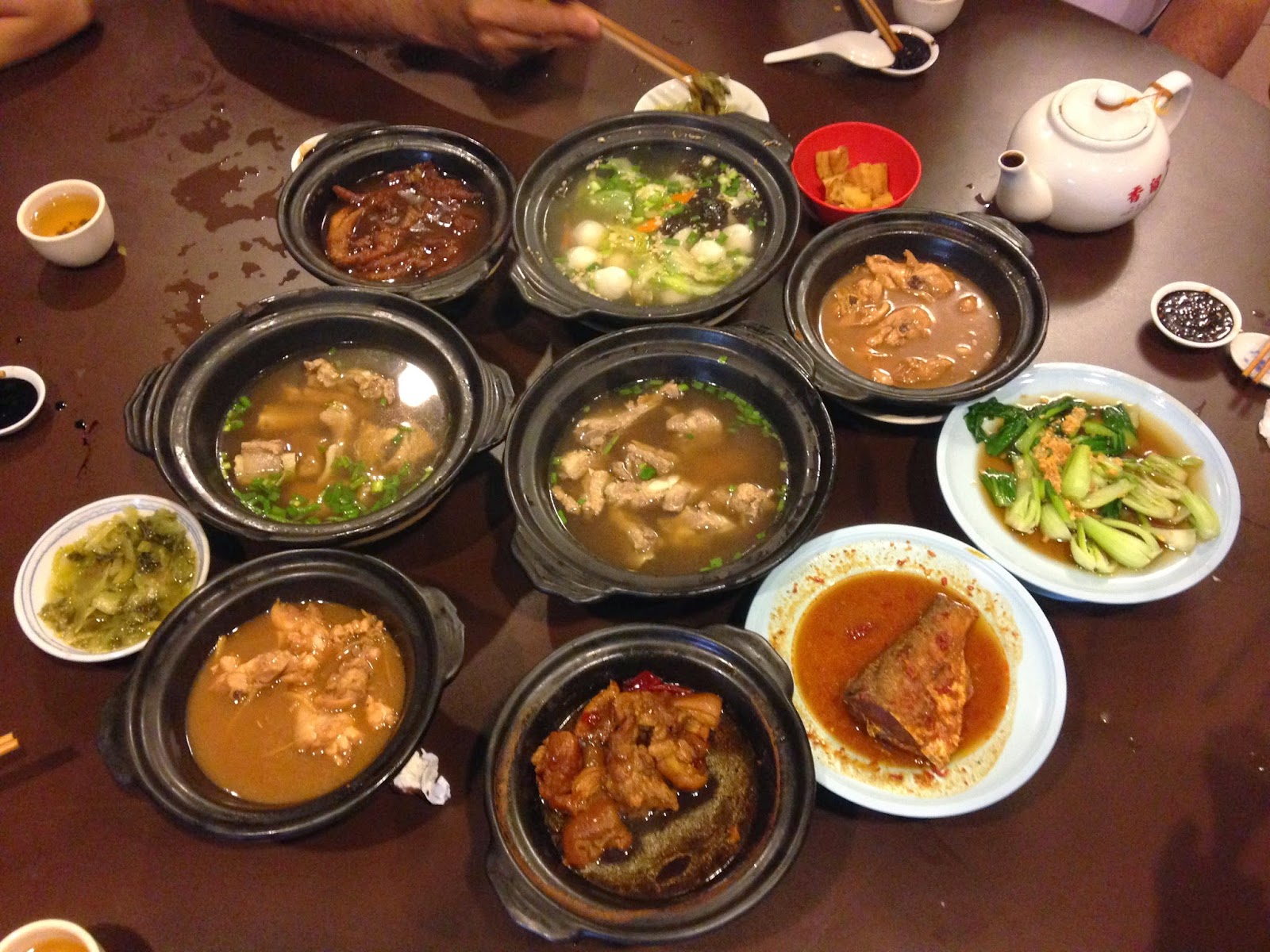 It's pretty average to me because it's herbal and I'm not a big fan of herbal BKT. The other dishes were decent though.

From the eatery we headed back to Singapore and back to the same pick up spot. That sums up my entire Kukup trip. For everything that we had experienced was within the 'package' that the owner provides. Around the same area there are a lot of different resorts with different services. I heard some don't provide full package which means you have to find your own food and all. Which at that area it's almost in possible because there's practically nothing.

I felt that the entire trip was like a 'disconnection' for me mainly due to the fact that there was no wifi provided. My cousins and I gave up trying to locate the internet and we all enjoyed the internet-less 2 days. Sometimes getting disconnected from the internet is a good break for yourself. You end up talking to the people around you then those who are so far away from you. We ended up watching TV together on the sofa, singing songs or just taking a walk around the resort looking at the muddy waters. Or you could just stare at the fishing rods and anticipate for fishes to bite while talking about the future or the past.

I had a good catch up with my cousins. Maybe it wasn't exactly rejuvenating because of the fact I didn't get to sleep much but it was definitely a relaxed trip to just leave your brains behind for a day and not worry about anything.

If you are interested in this resort, and the owner have total 3 different places, you can contact him directly.