Other then Japanese food, Korean's like the second cuisine I adore. Here I am at another BBQ place with my clique for a birthday celebration.

There were a total of 8 of us, which makes it a good number to share. It's recommended that you make reservations because it's really, really packed. So if you're thinking about walking in, you'd probably have to wait up to 20minutes or so? Since most of the time BBQ-ing the food itself would take time. 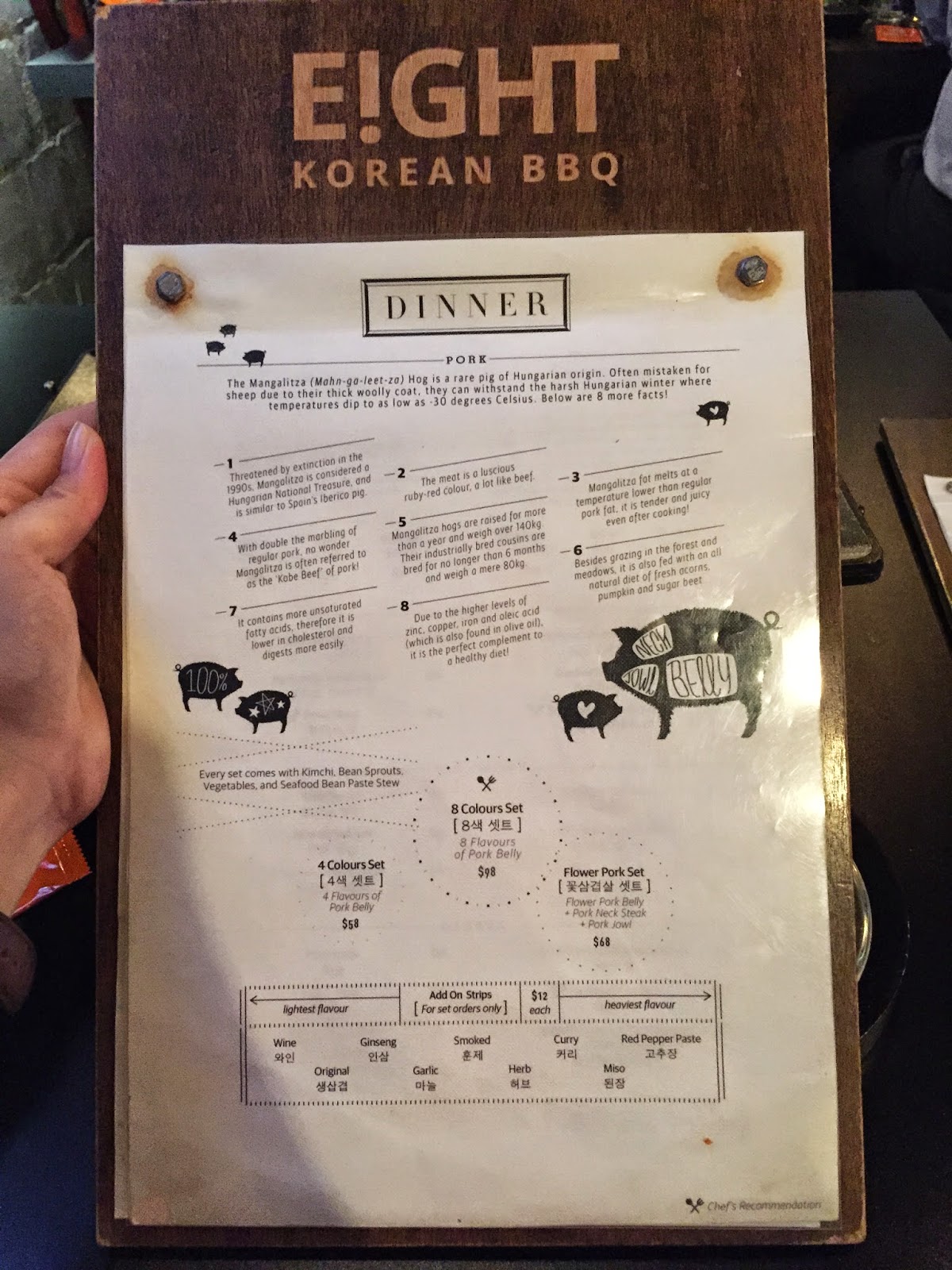 The menu isn't that extensive but it was sufficient for us. We ordered 8 colors set for 8 people to share and a Ribeye Steak which was kinda expensive and little so that's a little regret but still it was good meat. 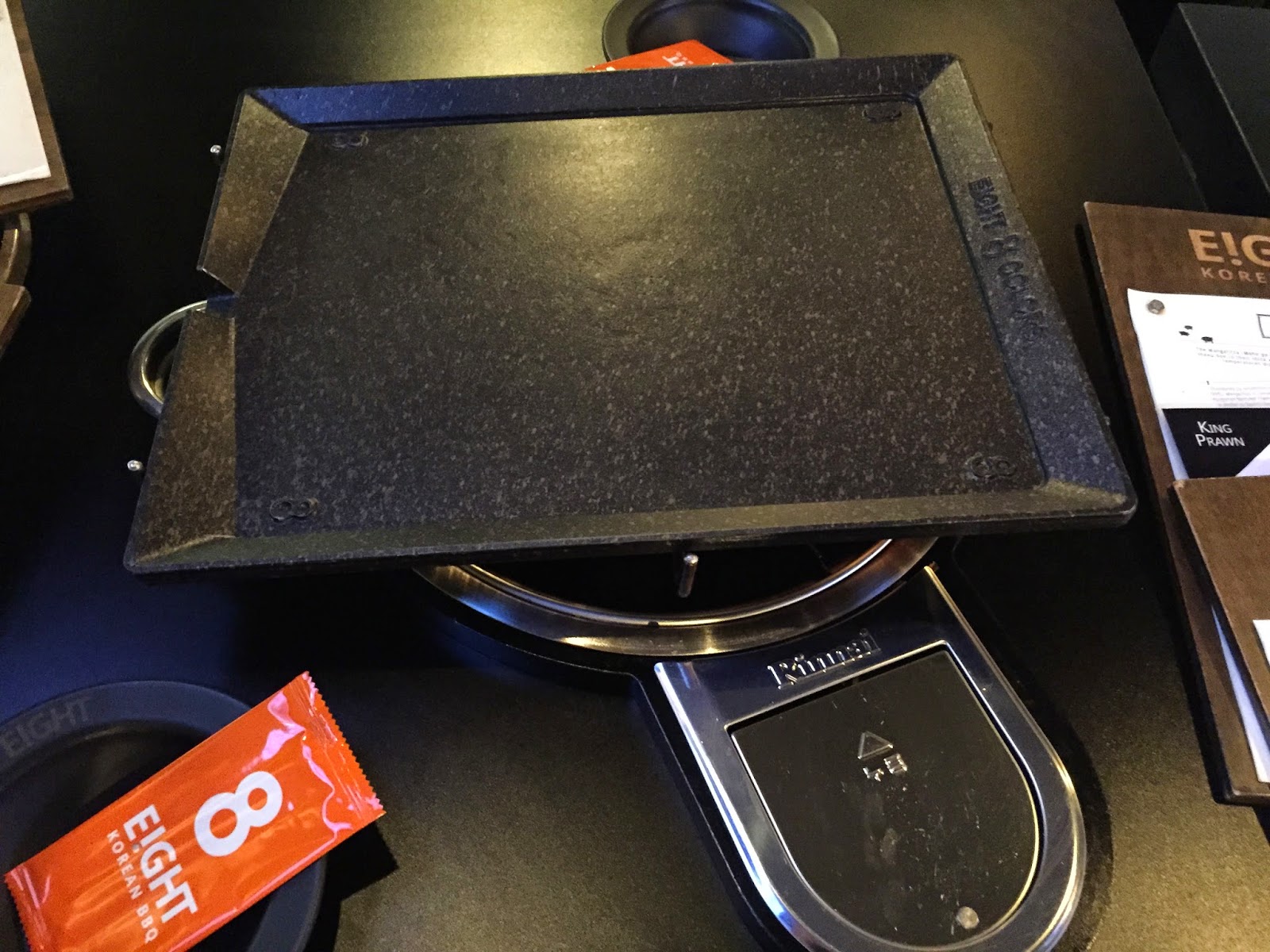 The way they serve us and the BBQ plate totally reminds me of our Korean BBQ in Korea last year. It felt good as I could imagine myself back in Korea again (except the fact it was much cheaper and the weather was so much better there) 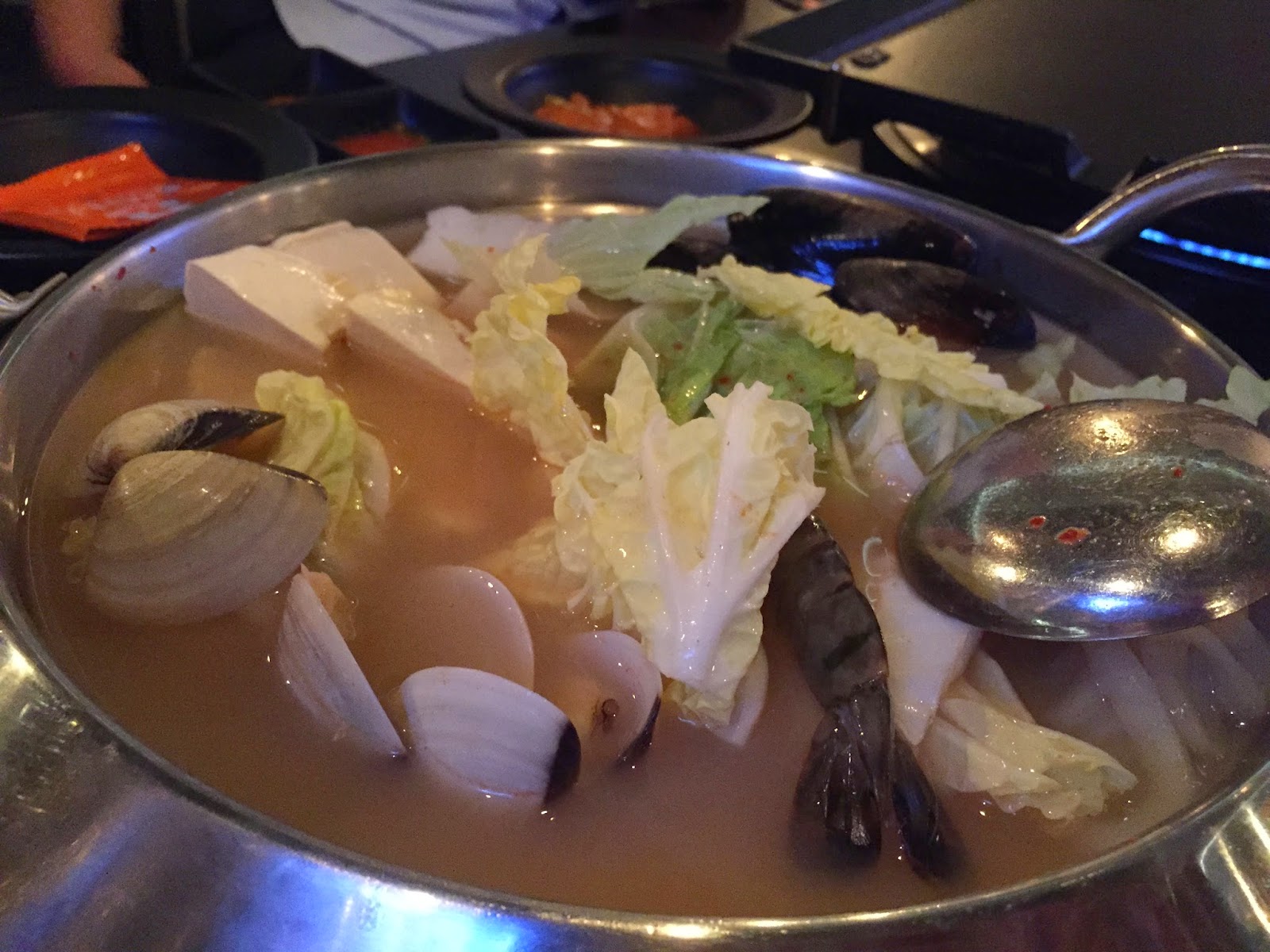 The set came with a pot of seafood soup which I thought it was pretty decent. 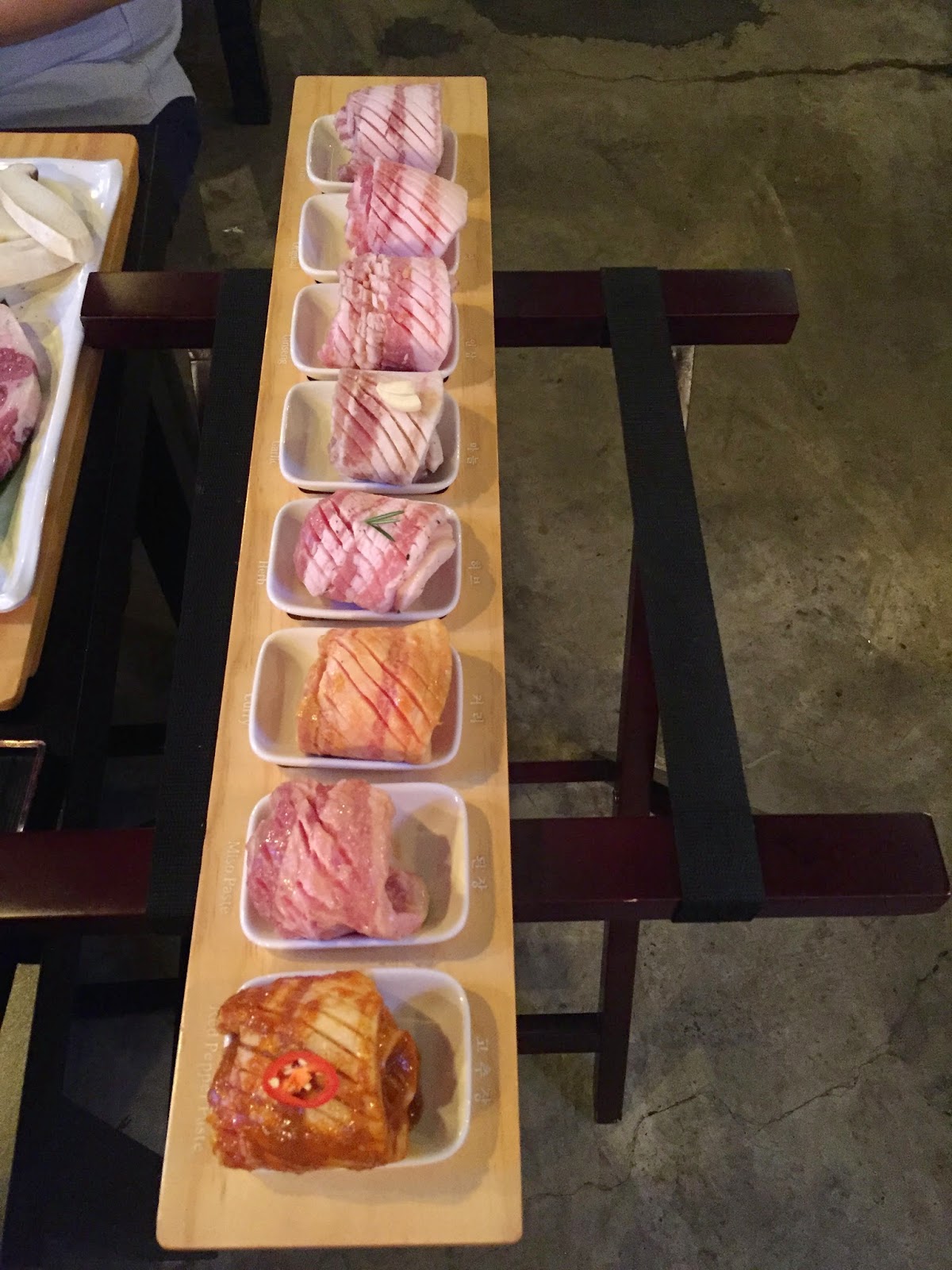 Here's the 8 flower set, which was just right for 8 of us. Well, girls are small eaters. Hahaha. 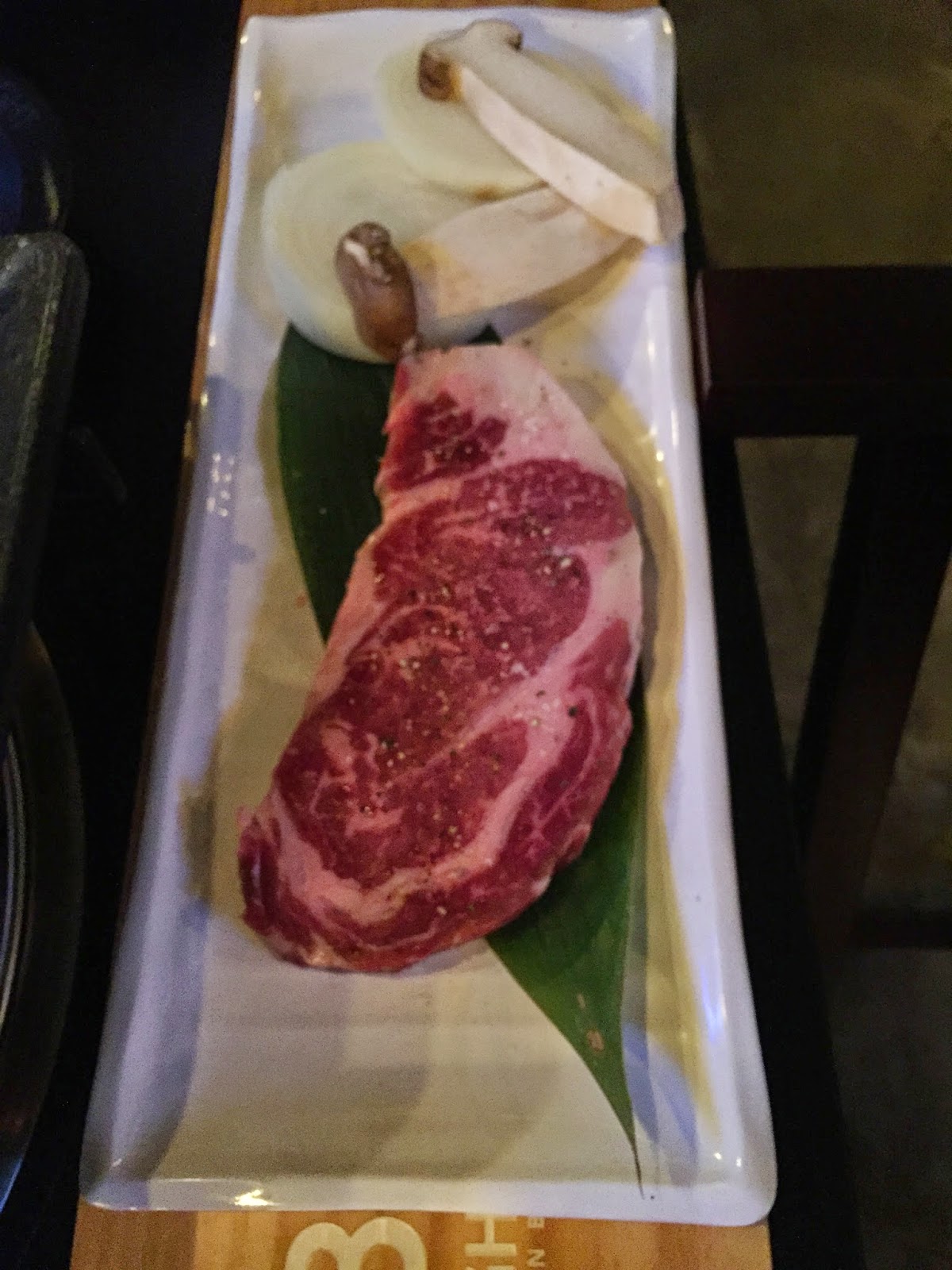 Here's the expensive but good beef. 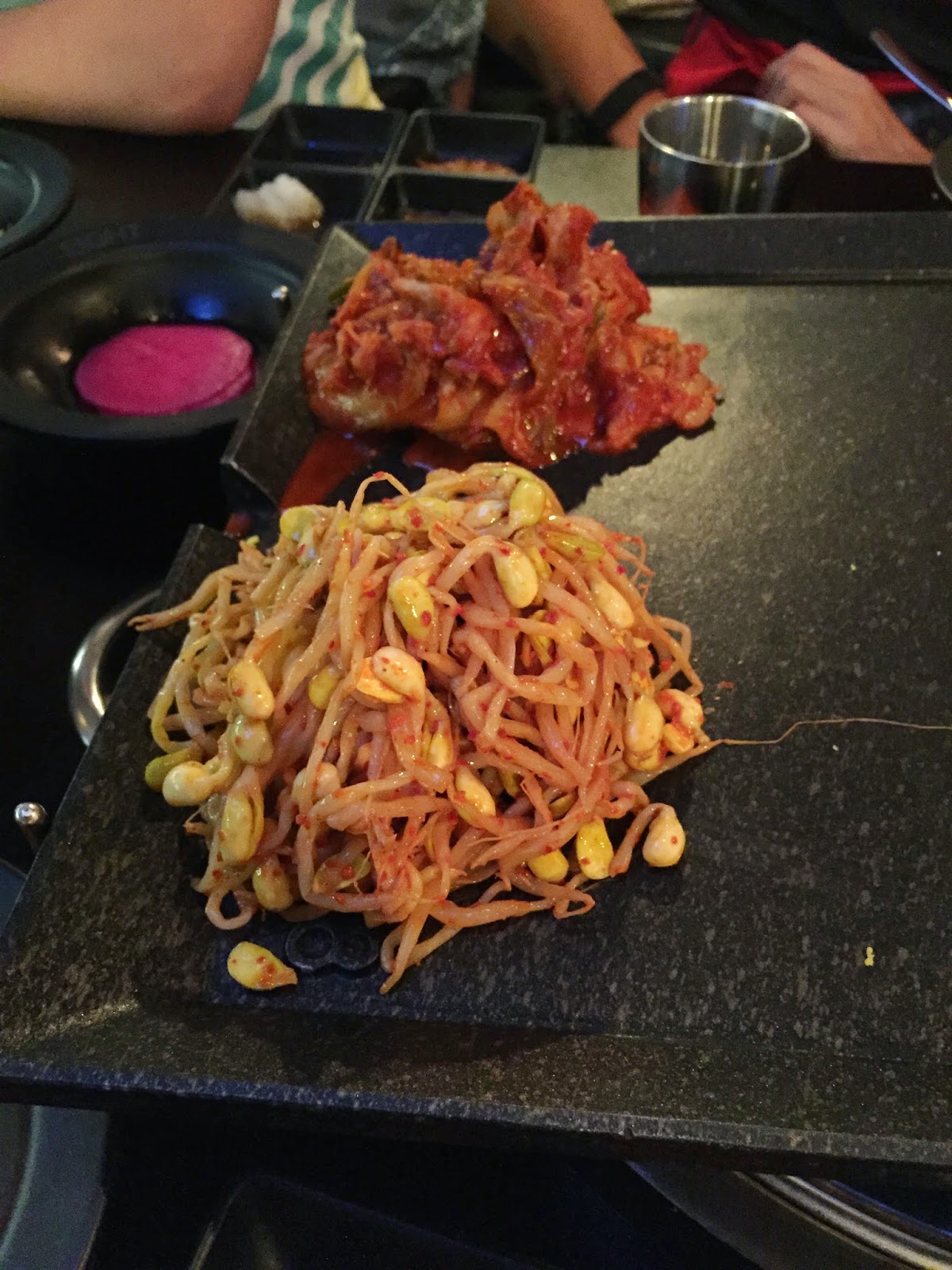 Exactly like how Korea does it, bean sprout and tons of Kimchi for you. Oh, I'm really picky about Kimchi but this was good. I ate alot of it.

The staff would cook the meat for you, just like how they would in Korea. Ah, I really can't wait to go back to Korea! 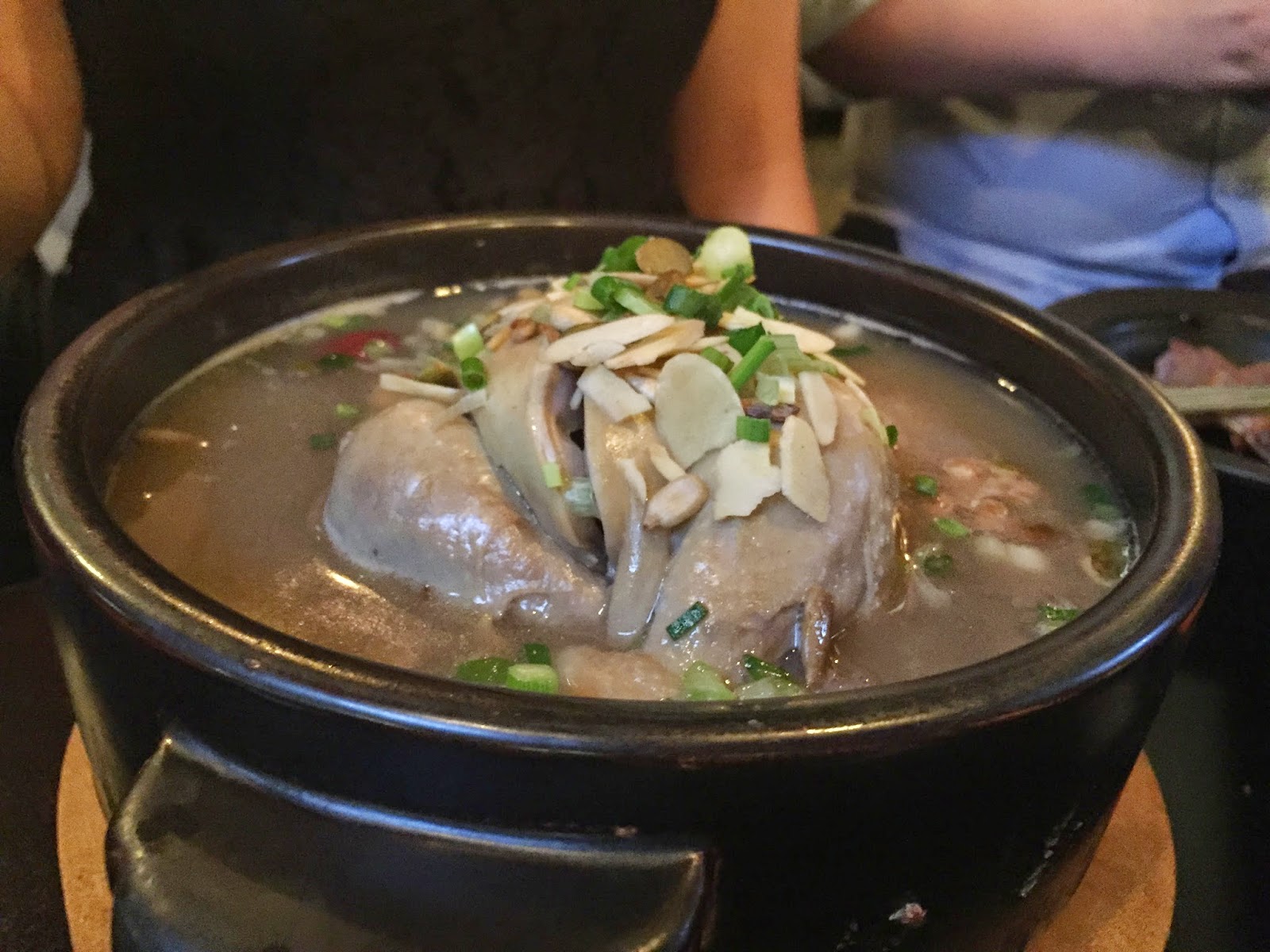 Ginseng chicken which wasn't too bad either. I'm not a fan of it so no comments from me, but Ally that had it had no complains.

Even though it's slightly pricier then the normal Korean BBQ but the food was decent. Not bad for a good treat to yourself once in awhile.