Since Singapore already have a Dazzling Cafe.. I'm sure this place is not foreign anymore. Well, still I haven't tried the one in Singapore - which I hope to one day when the queue gets shorter.

My second time in the same cafe as it was the nearest to where my colleagues and I were residing. Since it was a weekend, we decided to pop by this cafe for a date with toast and waffles.

For those who have visited this outlet in Taiwan. It is mandatory for every patronizing guest to purchase one drink and the dining time limit given is 90 minutes. We were lucky that day cause we didn't have to wait for long before we go our table! Though it was a long table smacked right in the middle of the cafe... but it's better than having to wait for 30 minutes just to eat some toast.

Browsed through the menu and I decided to stick to having the classic toast while my colleagues got a little adventurous with their choices. 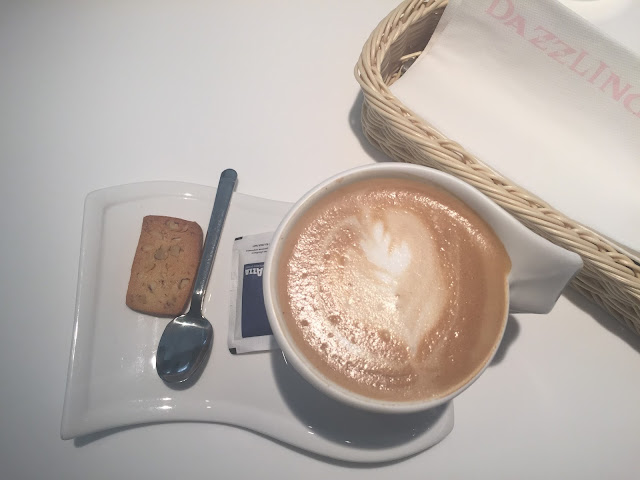 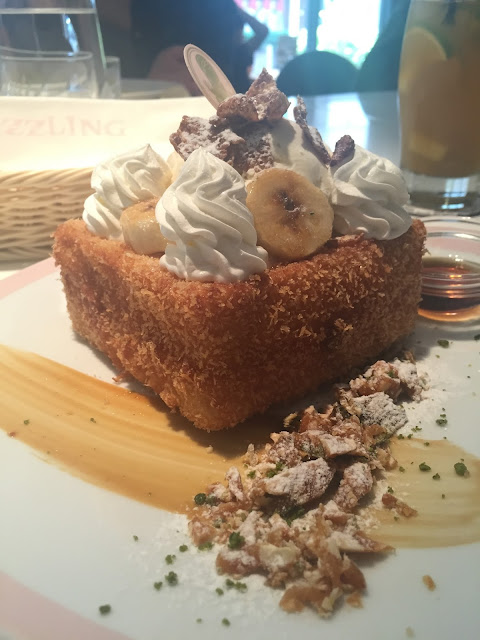 Peanut butter toast with banana, which was not bad. Slice it open and there's peanut butter spread. 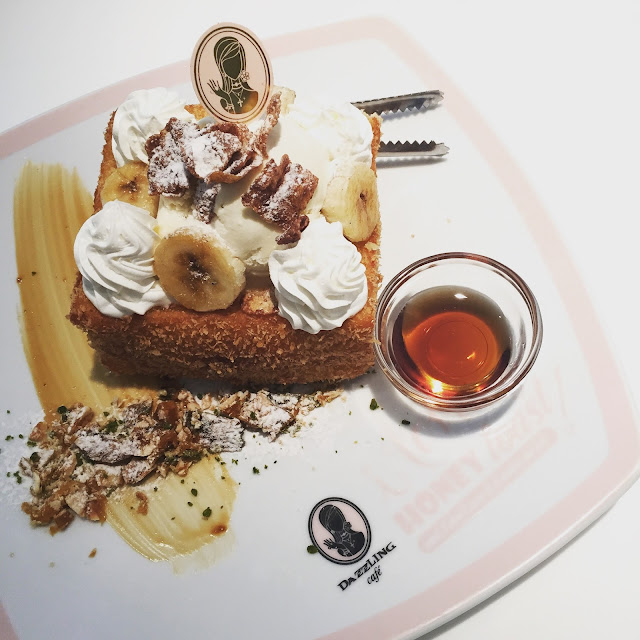 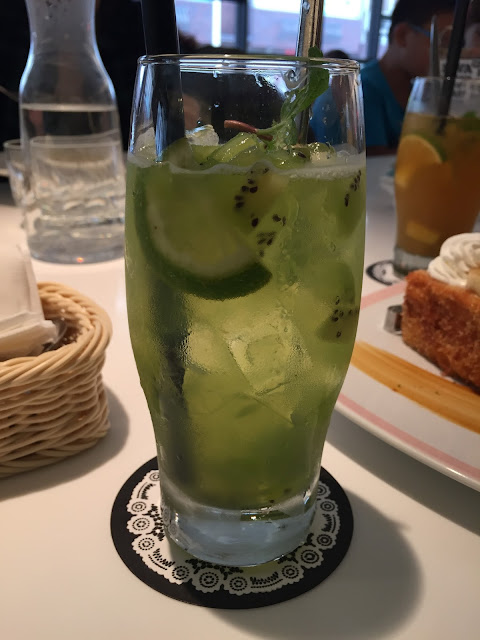 Kiwi and apple, which was surprisingly refreshing even though a little sour but it complemented well with the overly sweet toast I had. 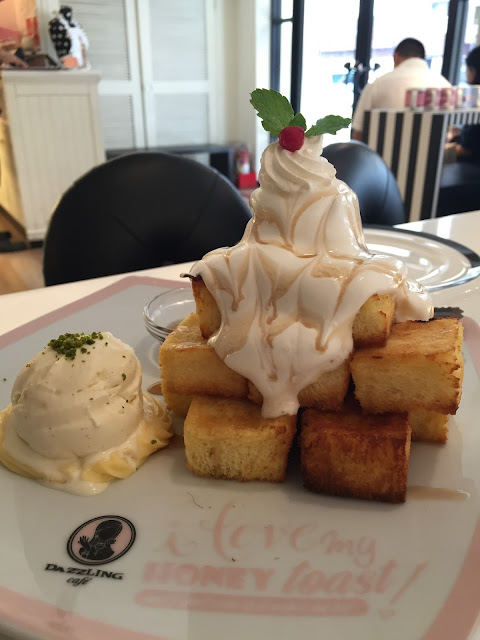 French toast which is about the same as my honey classic toast just in another 'form'. 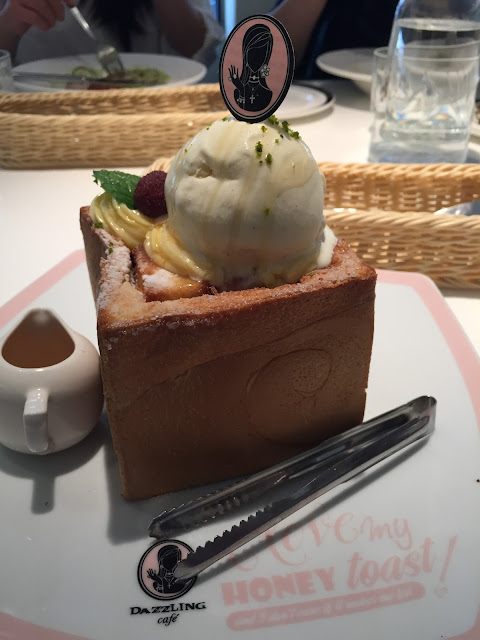 And this is the classic honey toast that all first timers should try! I chose this because the other time I had waffles and it totally disappointed me and it has been almost a year since I last ate it, I thought why not to have the same again. Well, at least it's a guaranteed goodness.

And happy us left the cafe bloated and sugar overloaded.

They have tons of outlets for you to visit, but this one is really close to the MRT startion of Zhongxiao Dunhua.

You can check out the list of outlets here. Pick the one closest to you and they all have different themes. So either you can choose to go by convenience or pick one with the theme you wouldn't mind traveling for!
Posted by Ranielle at 2:30 PM