Getting there is a little tough because of the long journey and the process of getting the tickets BUT, it was all worth while.

Special credits to 'Share the l0ve' blogspot that Allynn found which helped us a lot in getting to the pig museum.


You have to get out of the train station and cross the road to get to the bus terminal. 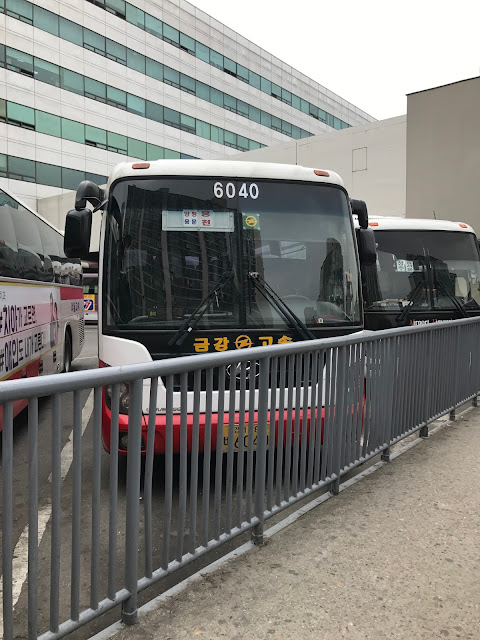 So this is how the bus terminal looks like from where we entered. 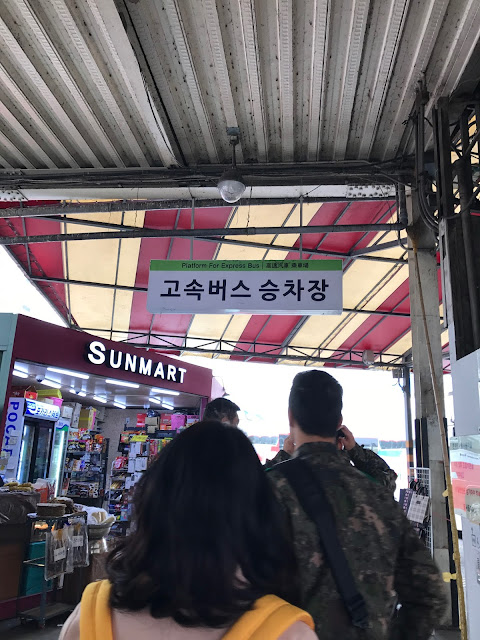 When you see this Sunmart, there should be a staircase beside it. Take it up and go to level two and look for the counter that looks like this. 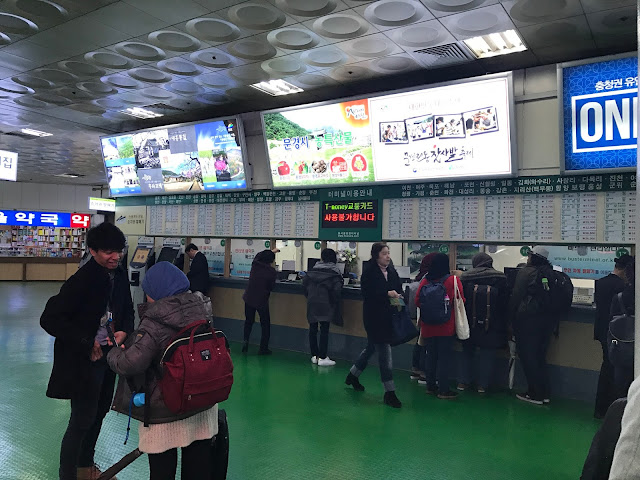 This is where you should get your ticket. Basically just tell the person you are going to Janghowon and she will give you the ticket. It's 1 way,  you will get the return at the bus stop itself later. 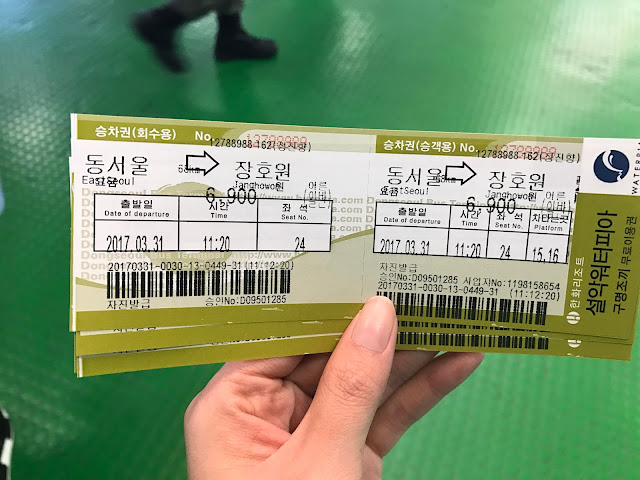 So after getting the tickets we had to hang around awhile before departure. The bus journey is around about 1.5 hours so you can just nap on the bus. There isn't any signboard on the bus to tell you which station it is so you have to listen out for it. Basically what we did was to on our google map while on the way there to see how close are we to Janghowon station and hear for the bus to announce the station's name in Korean. 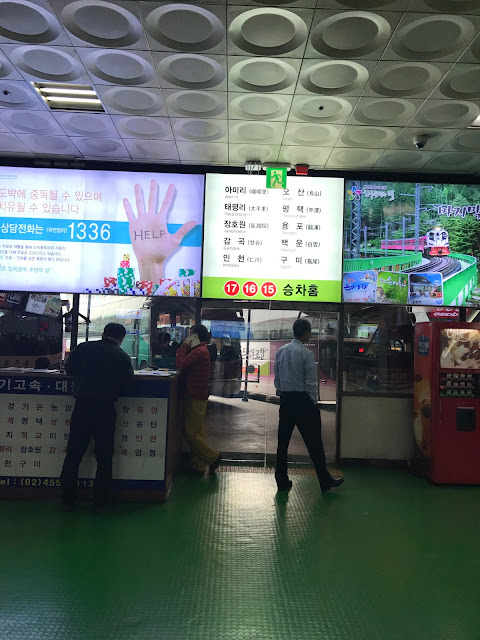 This is where we board the bus. 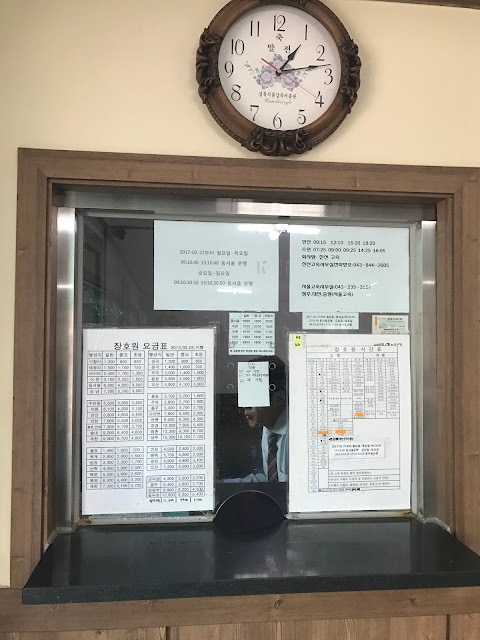 Upon return, this is where you will get your tickets. Don't have to buy in advance cause the buses practically come every 15~20 minutes. English is limited so if you're not fluent in Korean try to show your old ticket and say you want to go back to that place and he will understand. 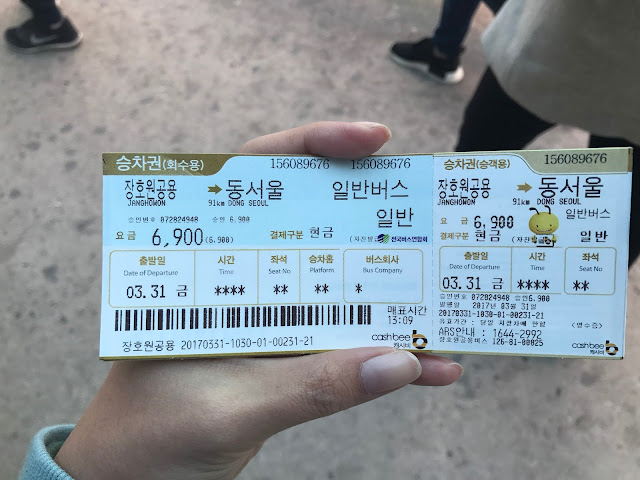 So here's our return ticket to Dong Seoul. Notice there's not seat this time, so...... better chiong when you see the bus else it's 1.5 hours of standing... 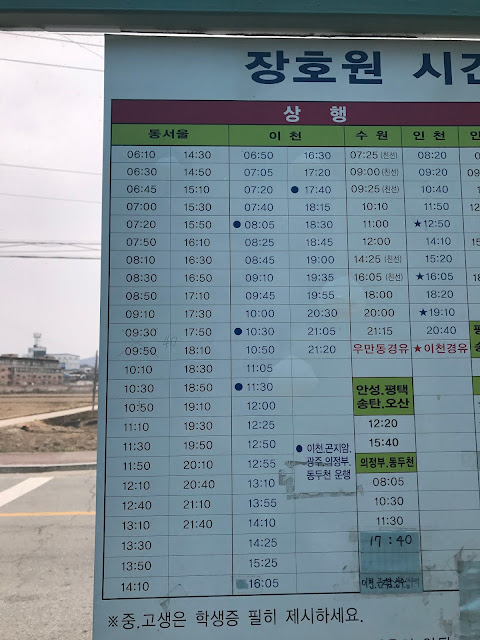 The first column on the left is the bus frequency. You can use this to gauge your schedule.

So once you alight at the bus stop, just walk forward and you will see a line of cabs stationary waiting for passengers. If you can't speak Korean, the just show the uncle the address in Korean. We randomly picked an uncle and it was fine. 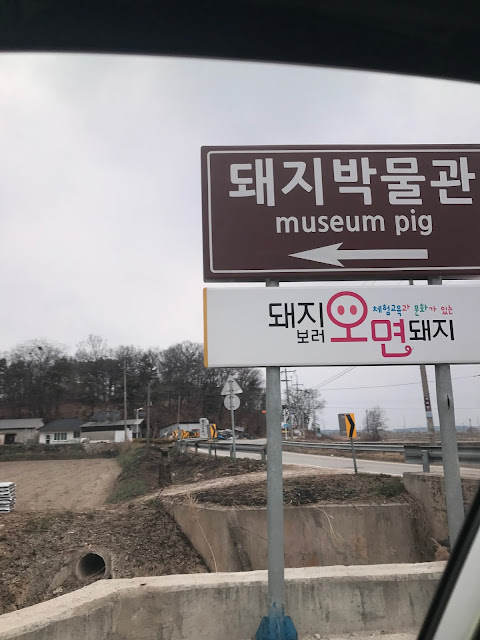 Takes about 10mins ride over and when you see this, you're almost there. 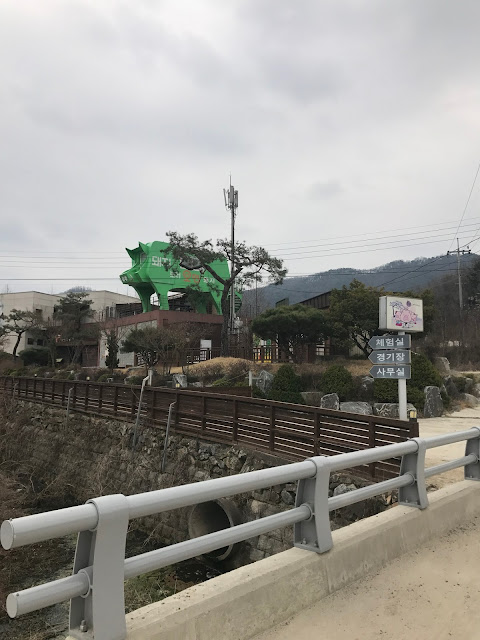 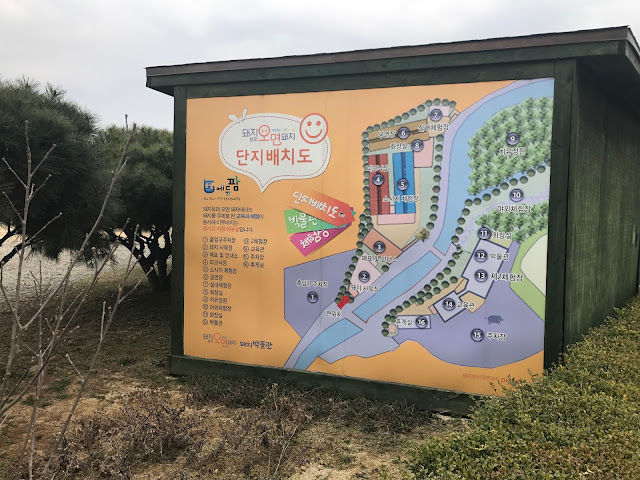 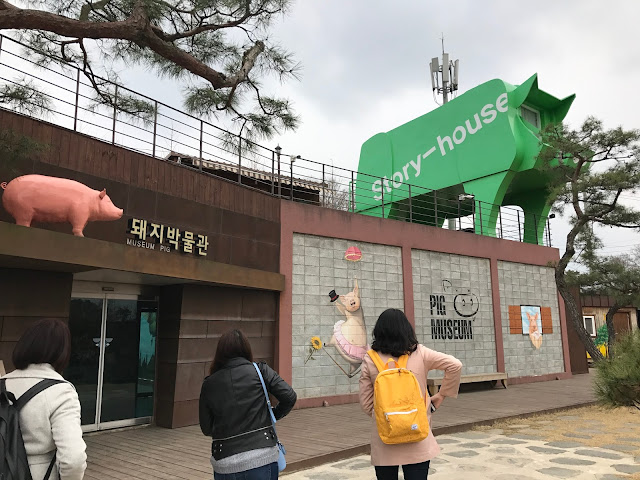 What more can I say. I fell in love with the piggies there. It was a Friday but there wasn't a single soul except us. We practically felt like VIPs because there wasn't anyone else (other than the staff) but us. We had the entire museum to ourselves so we spent real quality time up close with these cuties.

For 7,000won entrance fee, we got to play with the piggies, watch the pig show and visit their museum. Although the main highlight was really just the show of about 10-15mins and after the show they will bring you to a porch where they release a bunch of piggies and let them run around you. The best part was when they allowed you to carry the piglet. 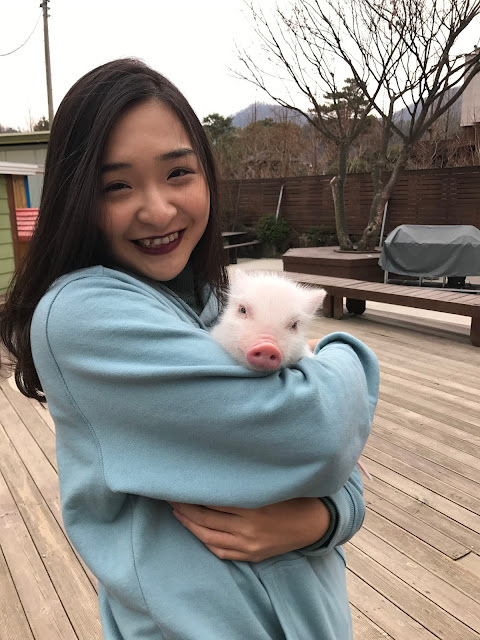 Like this!! And you get to take as many photos as you can!


They don't restrict you to take photos nor videos but I am not going to post any videos of the show... so you can go there and enjoy it live. :)

After the show the staff asked if we would like to visit the cafe. So we just spent about 1~1.5 hours in the cafe drawing, sipping on hot tea and muffins that we smuggled in from Paris Baguette. (It was pouring heavily when we were there)

They do have a retail space for your to make purchases and it's where the piglets stay. So you will find these cuties inside the retail store... 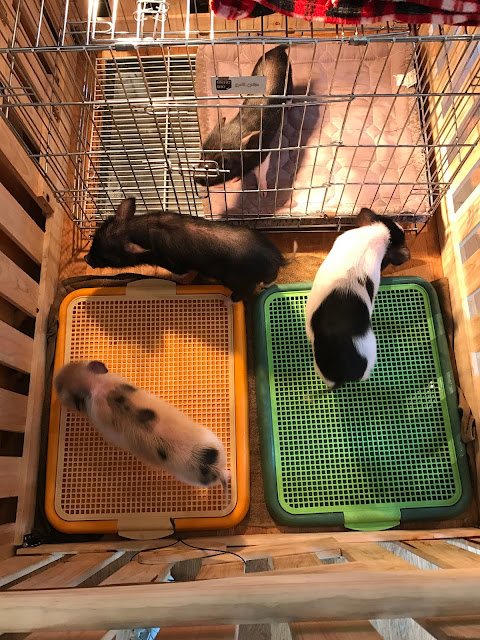 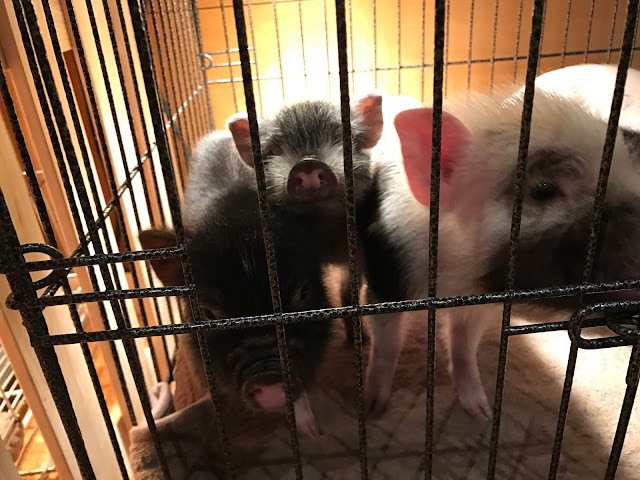 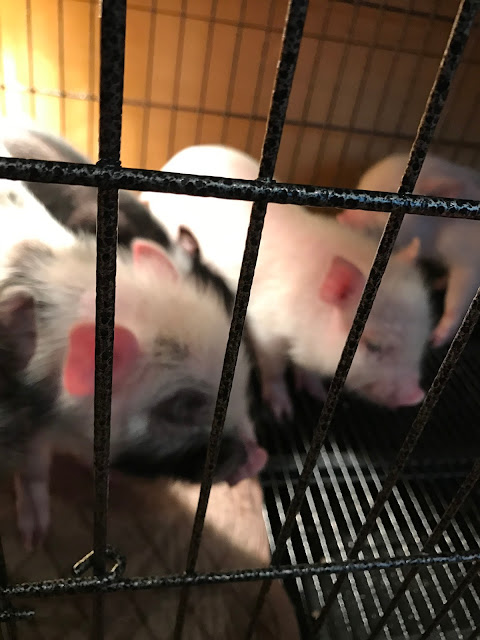 6 hours traveling back and forth from our Seoul Apartment till Icheon Pig Museum and back... it's worth it for these adorable piglets. I would definitely recommend you to go but don't expect the sky. It's really just adorable pigs, pig show and more pigs. You get to hug them, kiss them, touch them and participate in their pig show. It's also not that huge as well. We probably took less than 10 minutes in the pig museum looking at all the piggy figurines.

Oh, I would like to specially mention a very kind staff they have. I can't recall his name though but he was really sweet. Because we were the only customer in the museum, he gave us 4 pieces of paper to draw pigs and told us the cutest drawing would win a prize. Initially we thought it was part of the activities offered by the museum. But no, it wasn't. This staff actually gave some a gift token out from his own pocket. He paid the token and gave it to us.

You will probably never read this, but thank you! 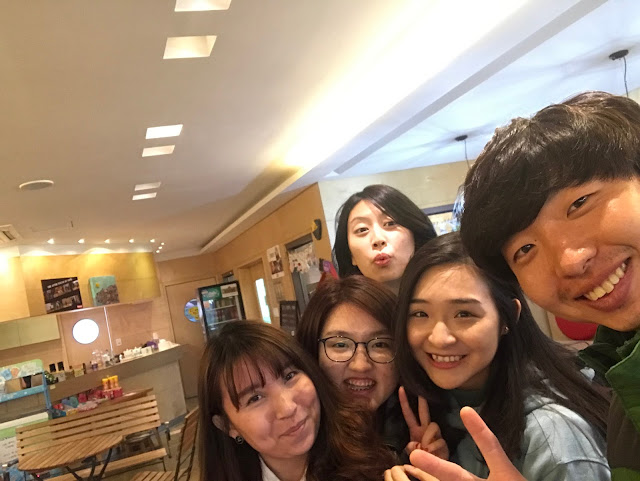 And we took a selfie with him. Hehe.
Posted by Ranielle at 12:33 AM