Another year has past.

Slept @ 3am the night before is seriously no joke. Woke up slightly pass 10am, washed up and immediately went to prepare. Met up with Allynn & Lionel at Causeway Point for our secret mission 102 which is actually to grab a cake from Icing Room and a balloon from the florist. Michael came long at about 12 noon and we'd all ready to go.

Oh yes, we had some fun decorating the cake at Icing Room though. Here's a picture of it! 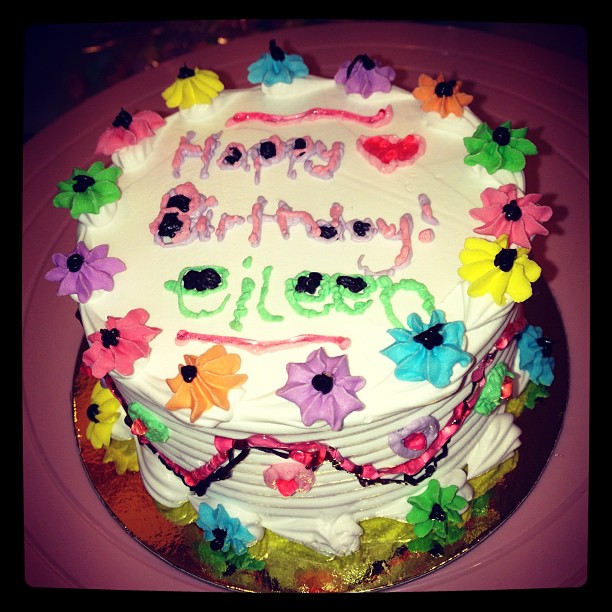 *Photo is taken by iPhone 5 and filter from Instagram

We set off to Eileen's workplace to meet up with Zhi Hong for the surprise. We were slightly early so we waited for the birthday girl to off work.

We initially had a couple of plans like hiding Allynn in the boot... or perhaps we can just appear in Zhi Hong's car... and the list goes on. Well, end up settled for one which is to hide at the stairs and surprise her when she finishes work. But well, it ended up being a epic fail. LOL.

While we were preparing to walk over her exact office location (we parked further back so as to avoid being spotted) and I was happily strolling and fooling around with the balloon... Eileen appeared infront of us. LOL. It was a very, epic failure moment. #epicfail

Anyhow, we managed to whisper a happy birthday song, blew the candles, made a wish, took some pictures and off we went to Victor's Kitchen at Sunshine Plaza by the request of the birthday girl.

It was my first time there at Victor's Kitchen (same goes for Eileen) so Allynn introduced some dishes and etc. Well... I would say that the food isn't too bad but... the service is seriously shit. The entire time while we were there, we had to take our own bowls. When we tried to pass the order forms to the lady, she simply told me "I'm very busy, go to the counter yourself (in an extremely rude tone as if I owed her a million)." And somehow I think the bowls are either too heavy or too hot because they can't place it on the table nicely they somehow just need to throw or drop it on the table. They just had to, really. I have no freaking idea why. What's worst? They suddenly had a "internal quarrel" and they were talking in Cantonese (which 99% of the time I couldn't understand what they were saying but they sounded like they were quarrelling). It's kinda stressful eating in that environment actually.

We ordered a fair share of food for 6pax and the bill was about $72? Let me recall what did we had...
That should be about all.

After the stressful brunch, we headed over to ECP for a cycle! 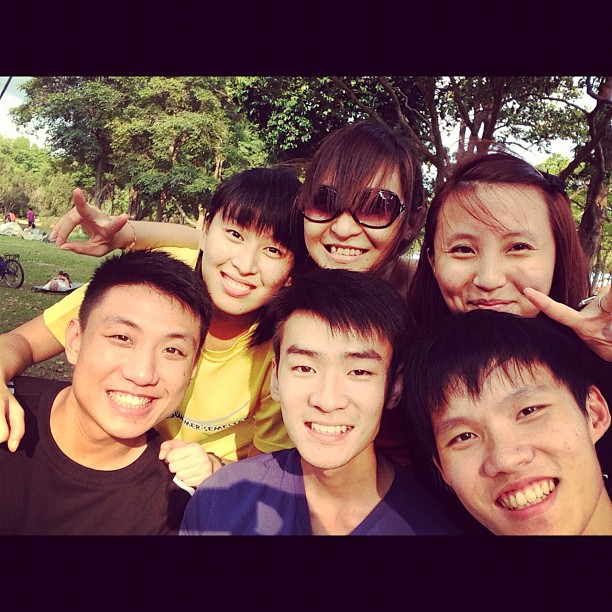 Here's a group shot with iPhone 5's front camera and filter from Instagram!

Cycled for about 2 hours before we parted from them for dinner. It was a great cycling session! :)

Hope you had enjoyed a simple cosy birthday celebration from all of us. May we continue to celebrate our birthdays for the next 55 years and so on. Perhaps 50 years from now, we will be cycling down the same route we did today and reminiscing about our youth together. Happy 22nd birthday! 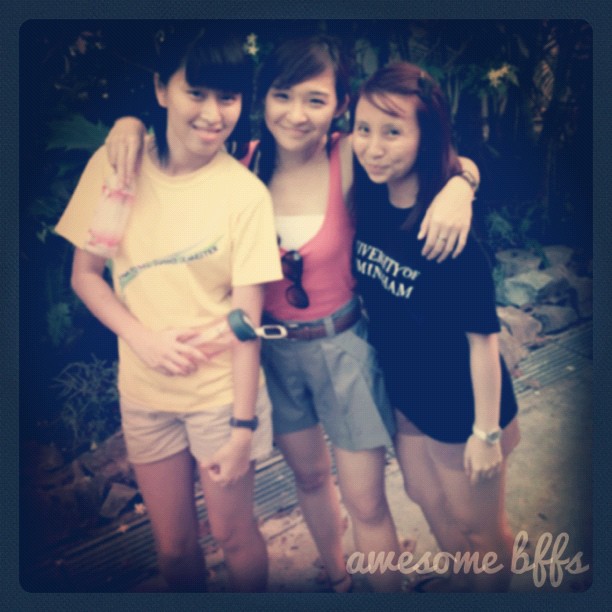 With love,
Ranielle
Posted by Ranielle at 11:47 PM No comments:

It's finally a break, yay!

But of course, I'm going to spend this entire weekend usefully. Perhaps a good jog, gym workout, not forgetting to prepare my notes for company law and yes do some notes for managerial accounting. Perhaps start to watch episode 2 of running man.

Really can't wait for my planned holidays to kick in.

24 days to Company law exam
28 days to Managerial accounting exam
43 days to Batam Trip with clique (OMFG IT'S OUR FIRST TRIP OVERSEAS!)
61 days to Taiwan with family
83 days to Bangkok with le GFs! (OMGWTFBBQ THIS IS FREAKING AWESOME!)

Keep in mind all these timeline and I'd be a happy little girl.
Posted by Ranielle at 2:27 AM No comments:

Friends you know you can count on. 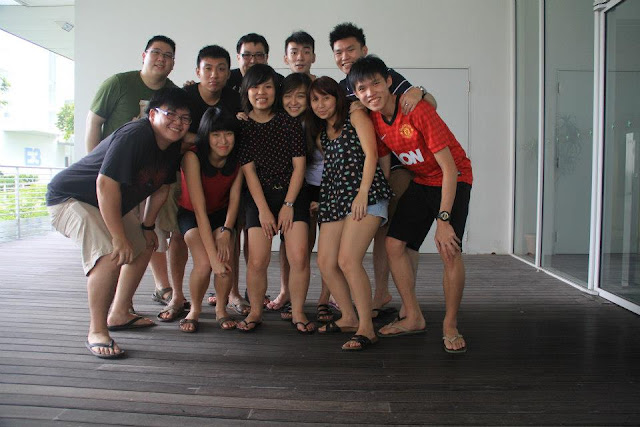 We laughed, we cried.
We succeeded and we failed.
This bond we share, is indeed a special one.
May we still look and smile the same, 50 years from now.

This picture is only complete because of you.
Posted by Ranielle at 3:14 PM No comments:

For so many times I've tried to continuing blogging like how I used to... It just didn't work out. I'd have this urge to blog for a moment and the very next I become lazy again. I used to be very enthu because I basically blog nonsense about my life every single day. But now, it's the same old shit everyday. I go to work, I go to school, I meet my friend over dinner and the same routine goes on. Hardly I have a break out of this.

Then again, I never lost interest in "writing". I'm not a professional writer though. I can't be either. (But I'm still gonna write as and when I like, hahahahhahahahaa.)

Haven't been overseas this whole year, and it kind of really sucks. But fret not, I've plans for myself! The day to count down to is Nov 23! (Exam last day!) And then I'd be a free bird again for 1.5 months till January 3rd week my misery starts again.

Heading to Taiwan again this year end with my family but this time round with more people and more days! Before that will be travelling with "up there" clique to Batam (Our virgin overseas trip together as a clique! But only setback is Hongzi & Leen won't be joining. :( Nevermind! We'd go again!) And not forgetting the most anticipated trip in 2013! BANGKOK WITH THE GIRLS! It'd be my first time travelling with all girls. Just imagine the shopping, and shopping and more shopping! Can't wait! EXAMS PLEASE BE GONE!

Okay, gonna have a abrupt ending here. Had a long and awesome fun day with the clique.
Good nights every buddy.
Posted by Ranielle at 1:36 AM No comments: