After a super long flight over and my inability to sleep on plane made me really grouchy in the beginning. But thanks to the chilly weather, I was wide awake the moment we touched down Seoul at about noon.

Here's a snap shot of what we had installed for us today.


We had planned to get either sim-card or egg-wifi to share before coming to Seoul. But the moment we saw the prices for both, we decided not to get it. I can't recall the exact prices for each but the getting a sim-card is horribly expensive and not worth it. Though the egg-wifi thingy was about SGD$13 for each person (total 4 of us) of total 10 days unlimited usage, we still decided to drop it because our apartment had wifi and before we went on the trip, everyone's saying "wifi is everywhere". And so, we didn't get any wifi. Although wifi isn't at every-single-place but still it was good enough for us. It didn't really matter because most of the time we'd be sight seeing or shopping. When we get back to the apartment that's when we have time to sit down and update our social media.

After dropping the idea of getting internet data, we headed off to look for the airport railway that will lead us to Hongik University Station. 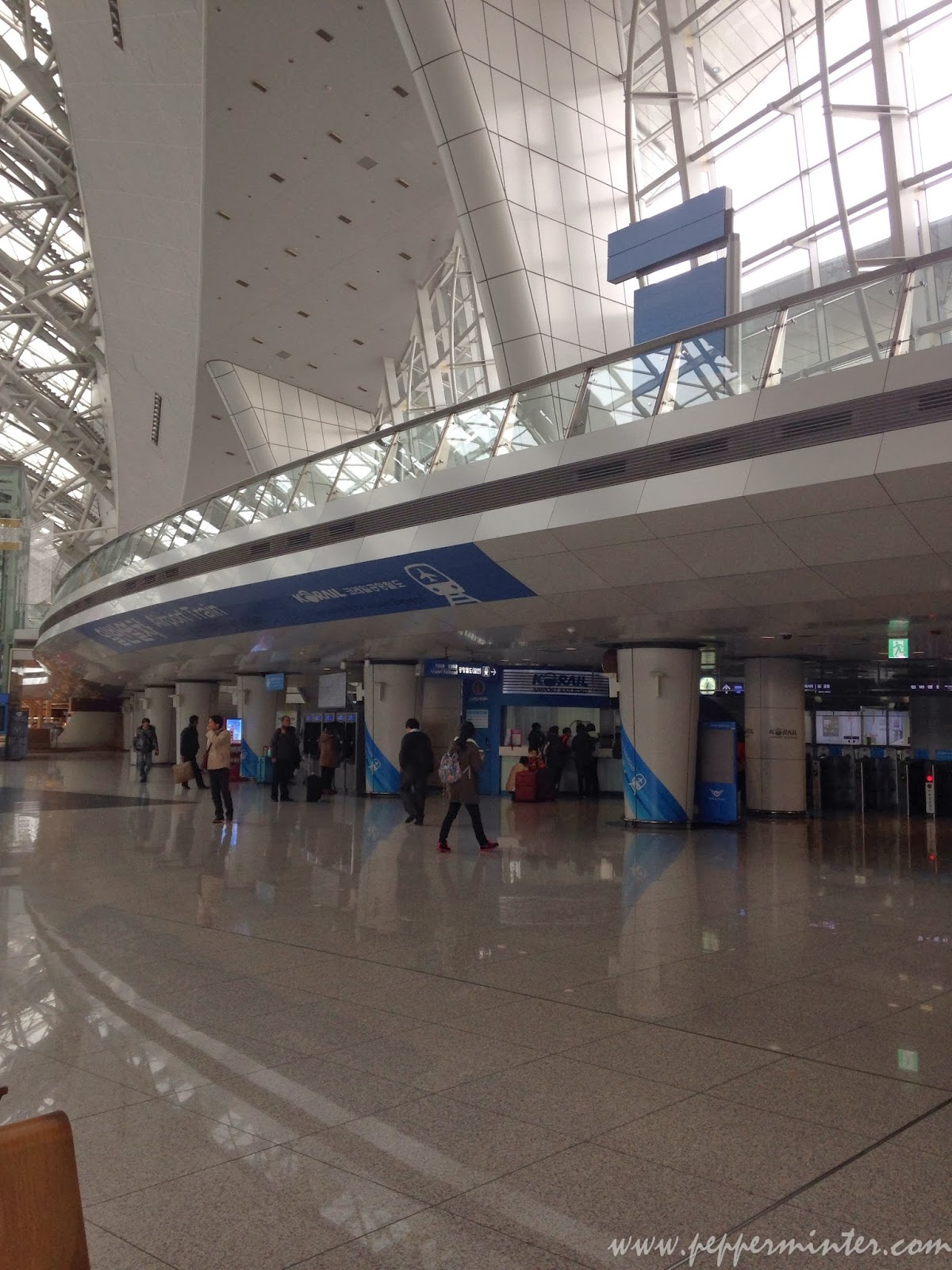 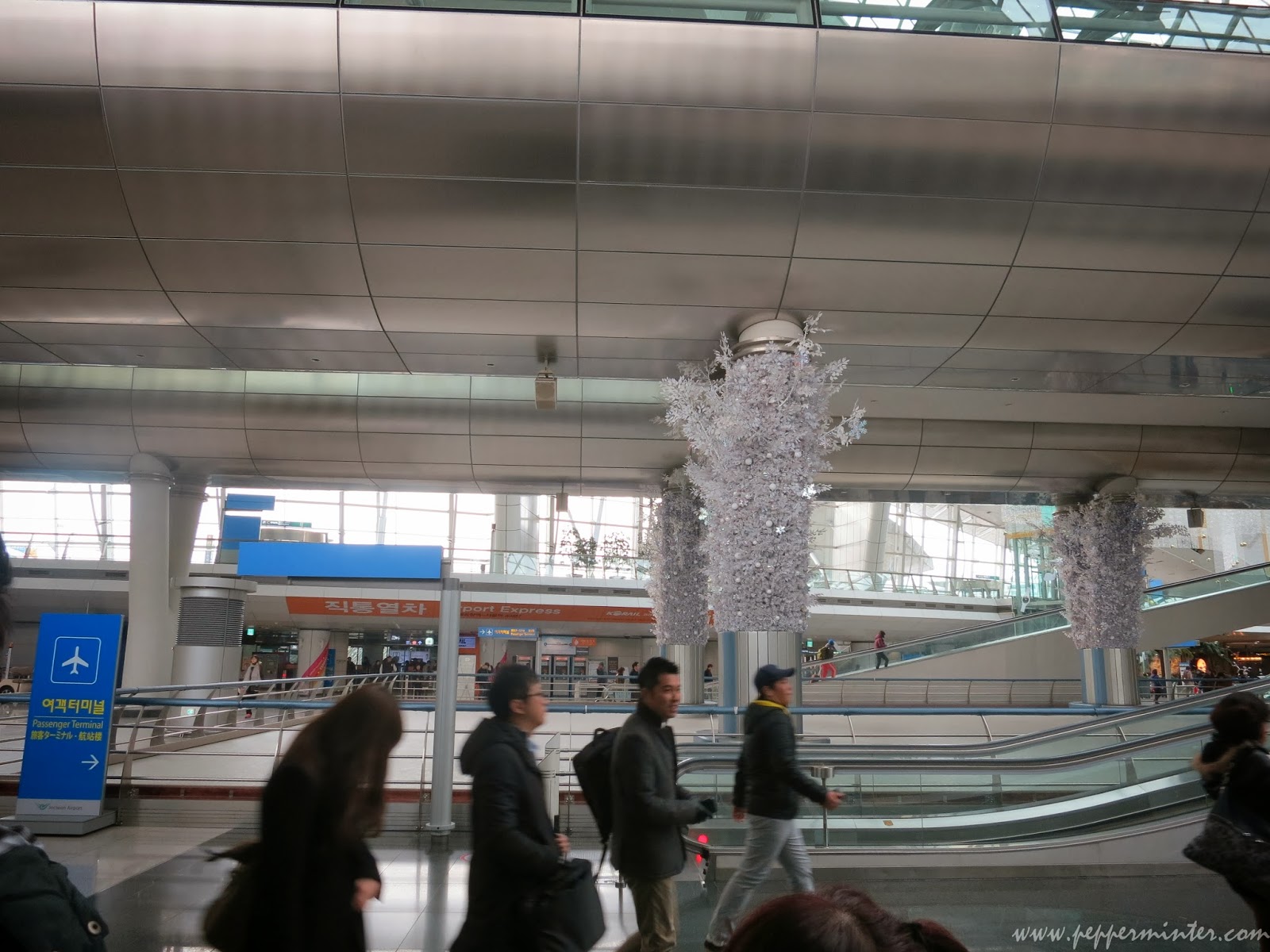 For those like us travelling for the first time, T-money card is equivalent to our Ez-Link card. It pays for 7-11 purchases as well as transport for all lines. Just like Taiwan, you get the cards from 7-11 convenience stores and you can top up there too. (There are quite a few 'brands' of T-money equivalent cards but we chose to stick to this since it's more widely known.) 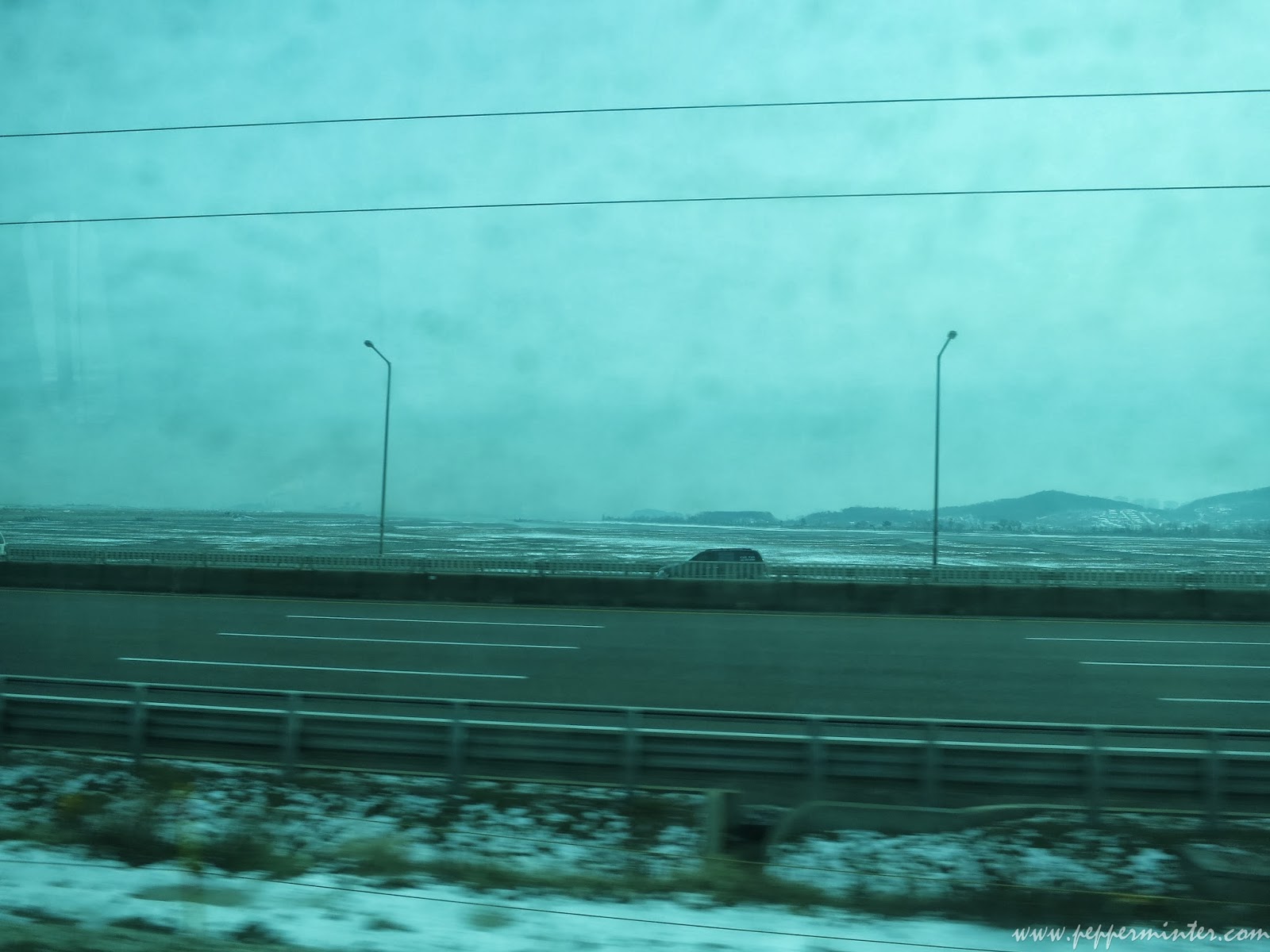 We met up with our apartment owner, Robert Jung at exit 3 of Hongik University Station and he brought us to the apartment. I swear it's really just 1 minutes' walk away. Really convenient! 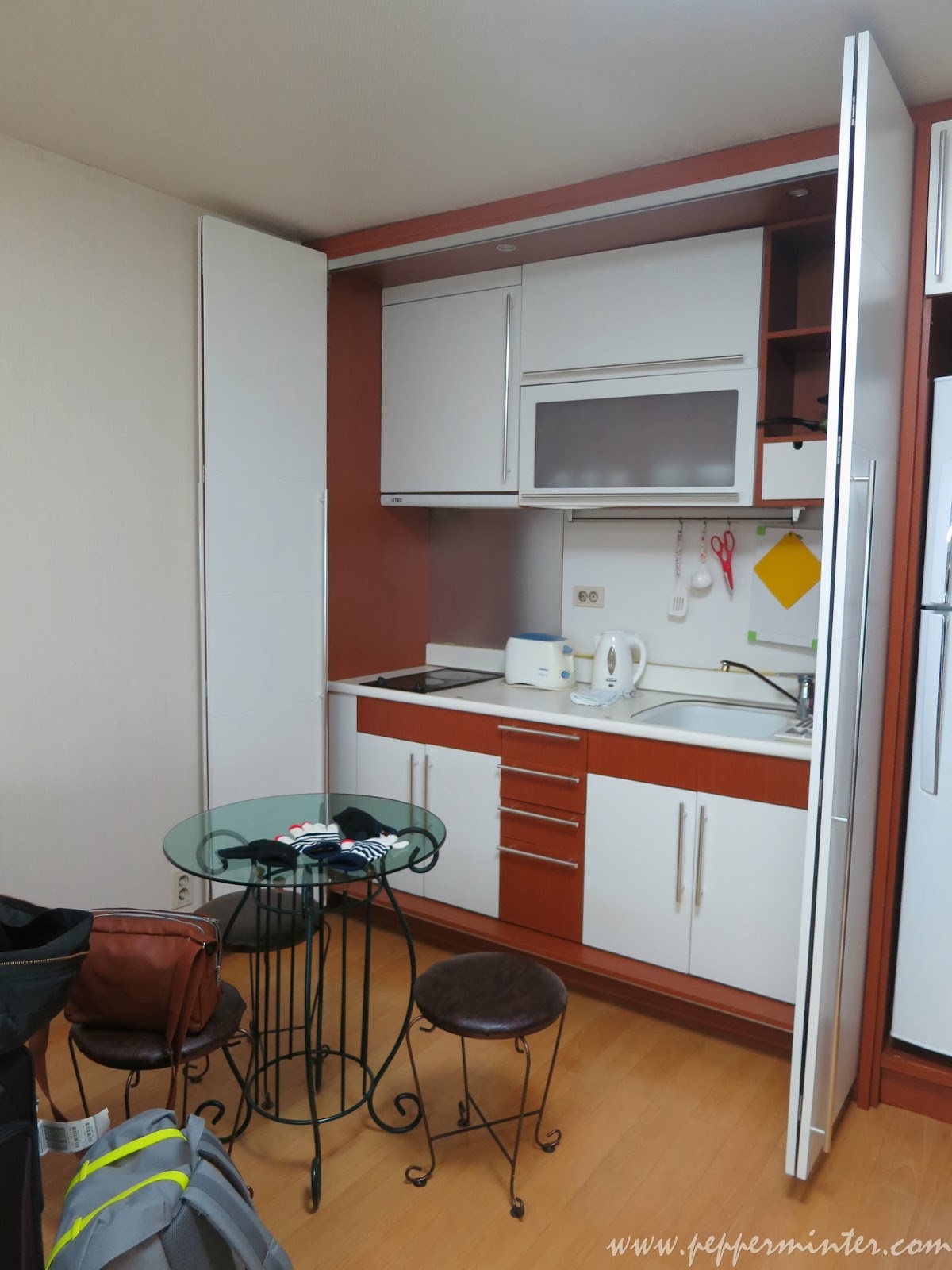 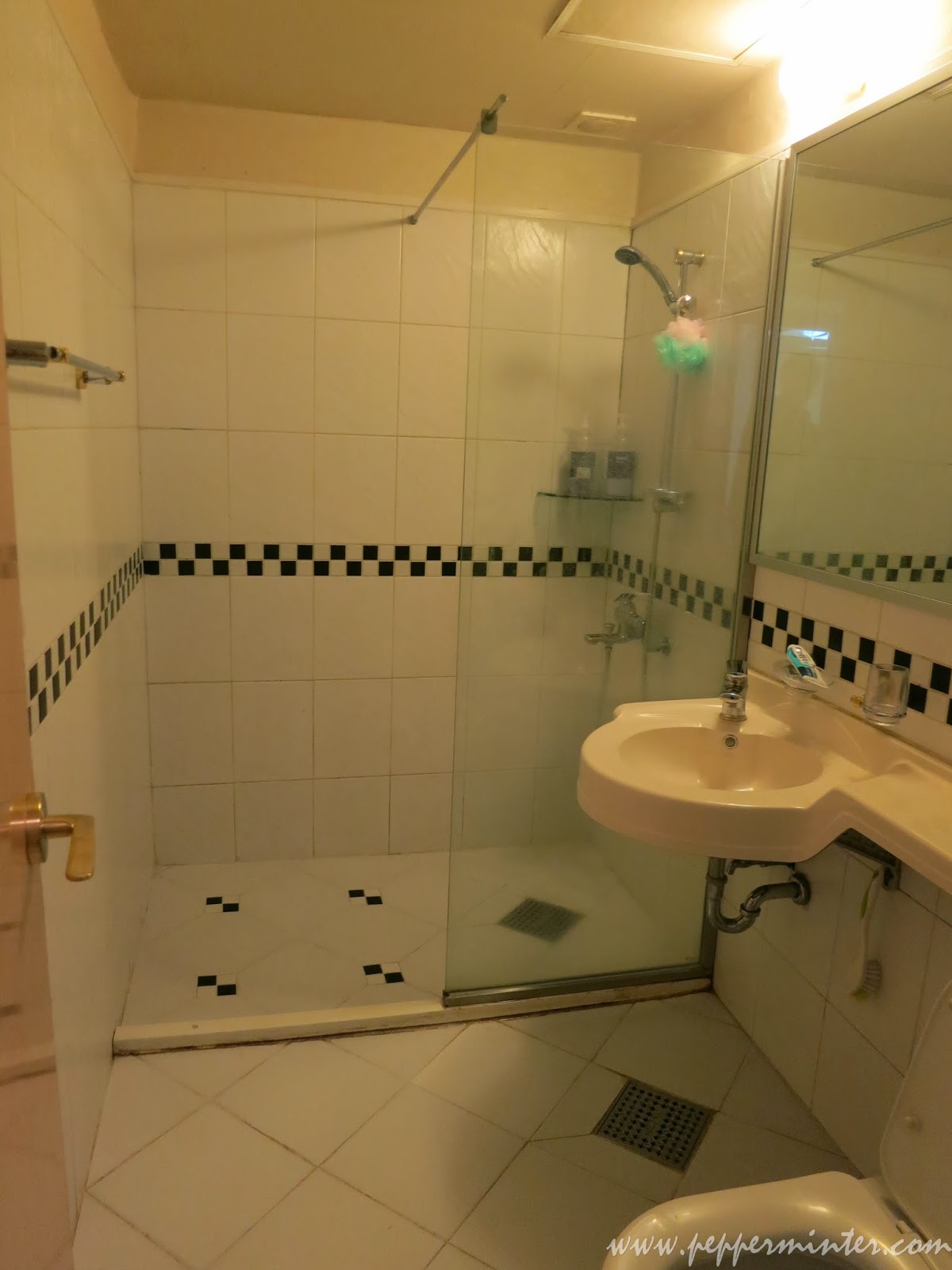 After settling down we went out to hunt for our Hello Kitty Cafe! 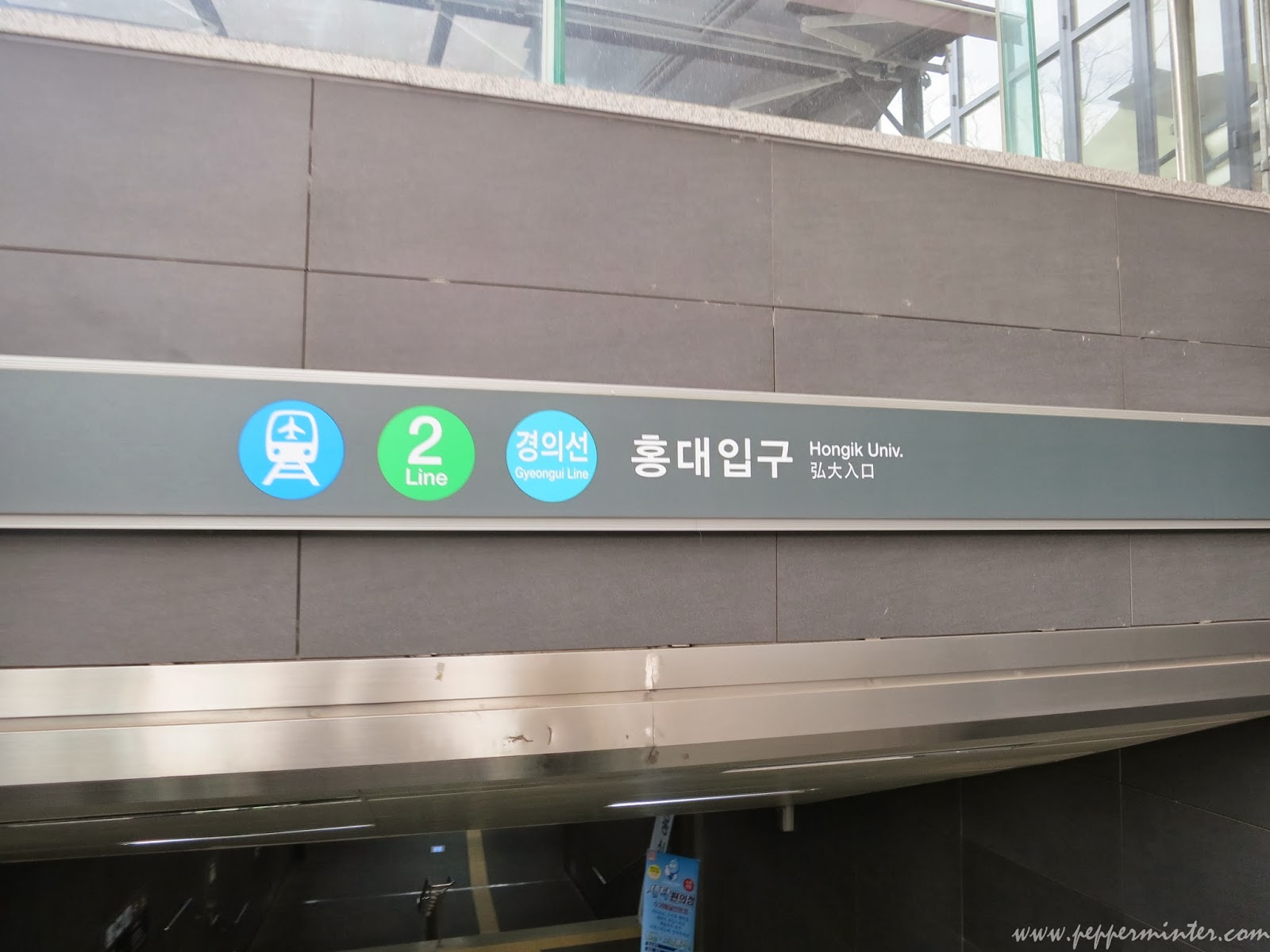 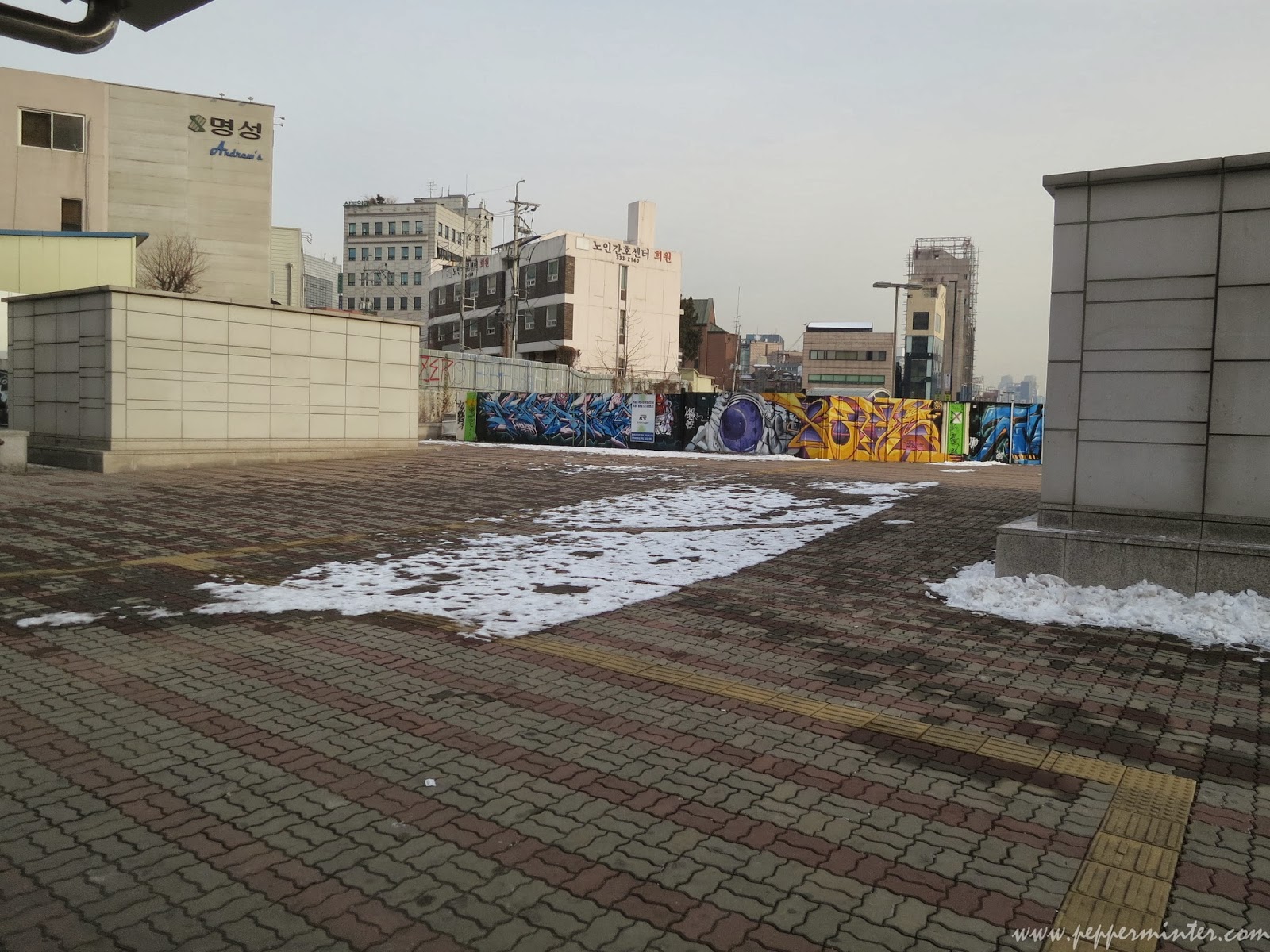 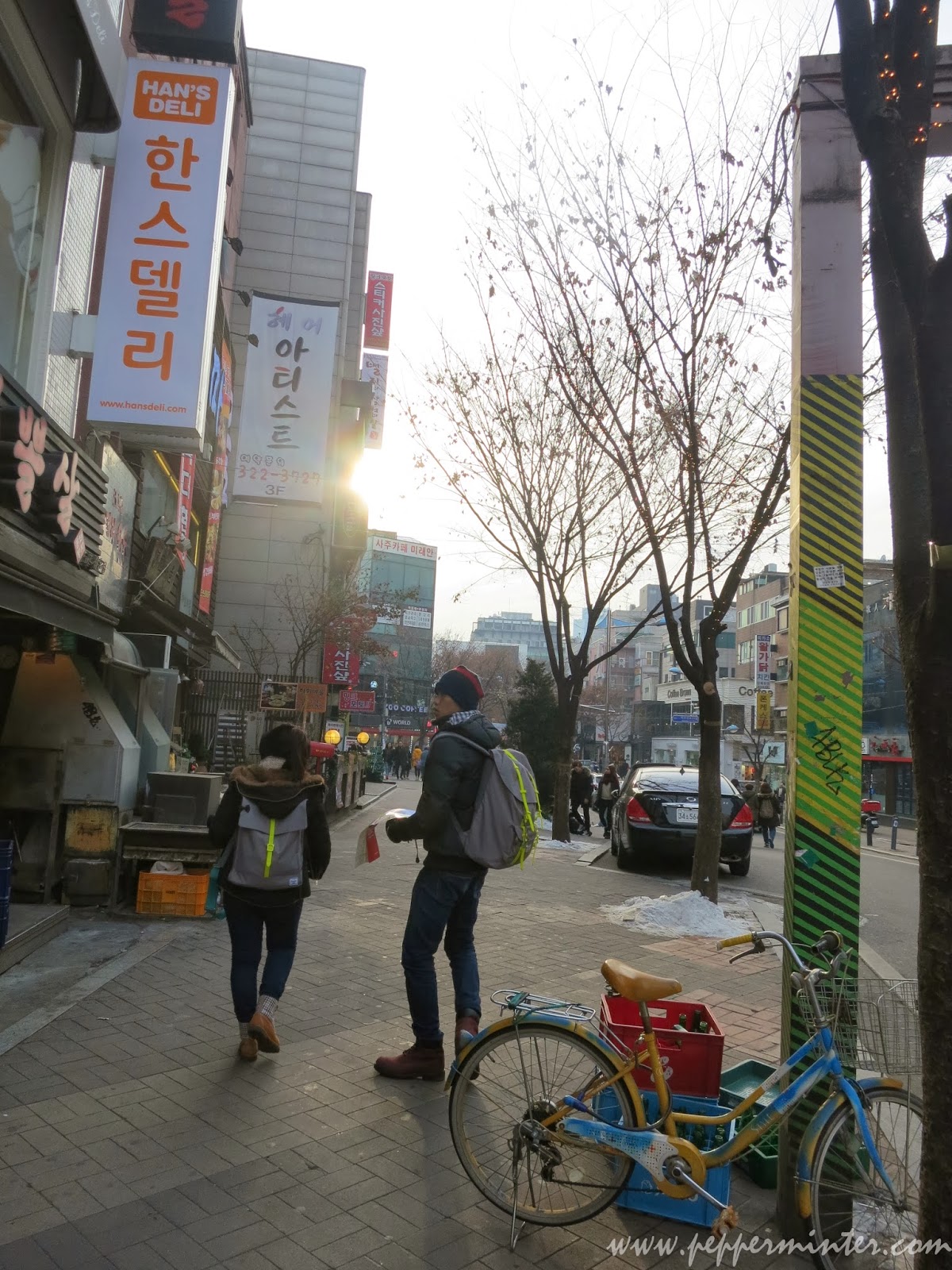 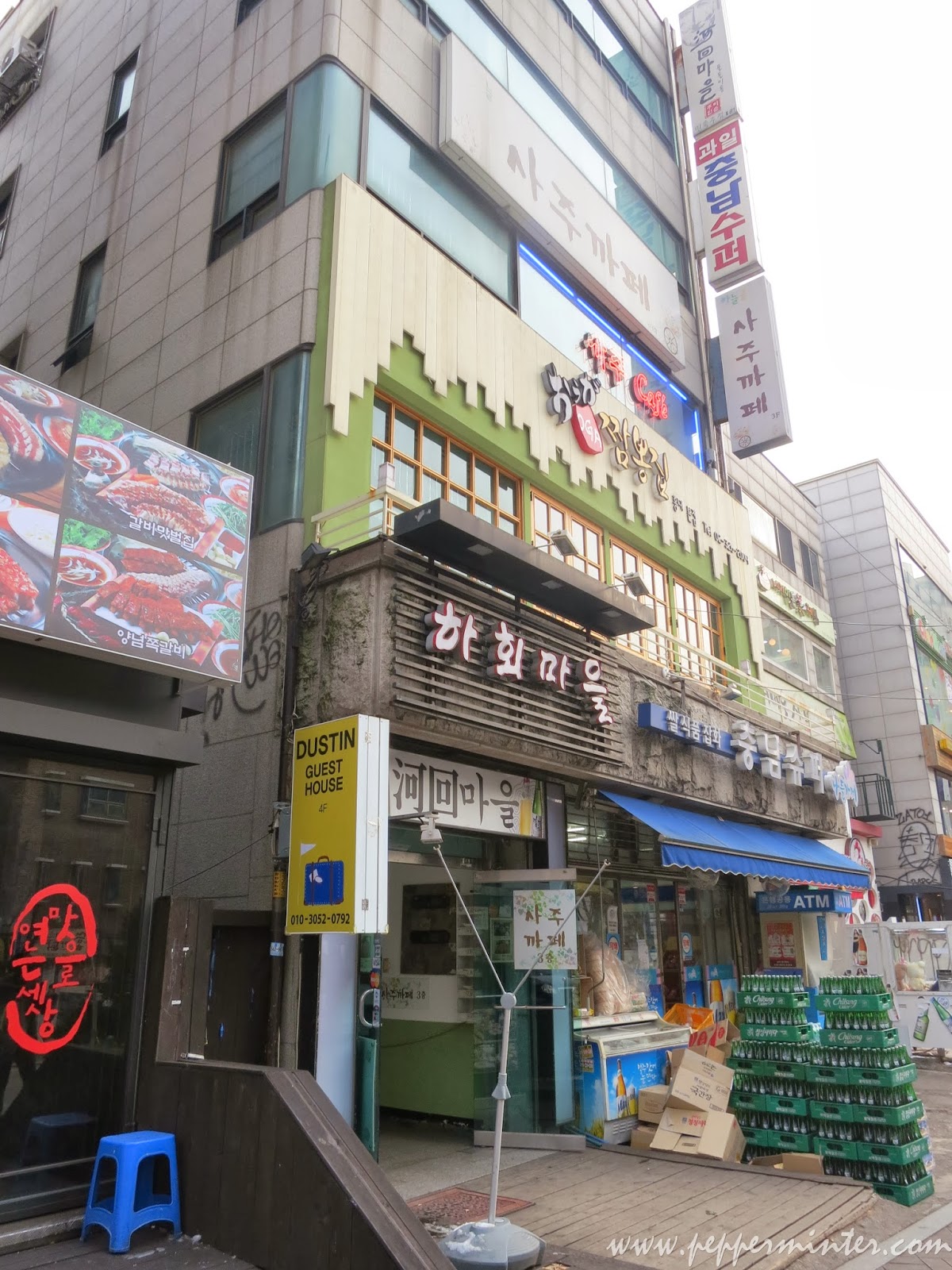 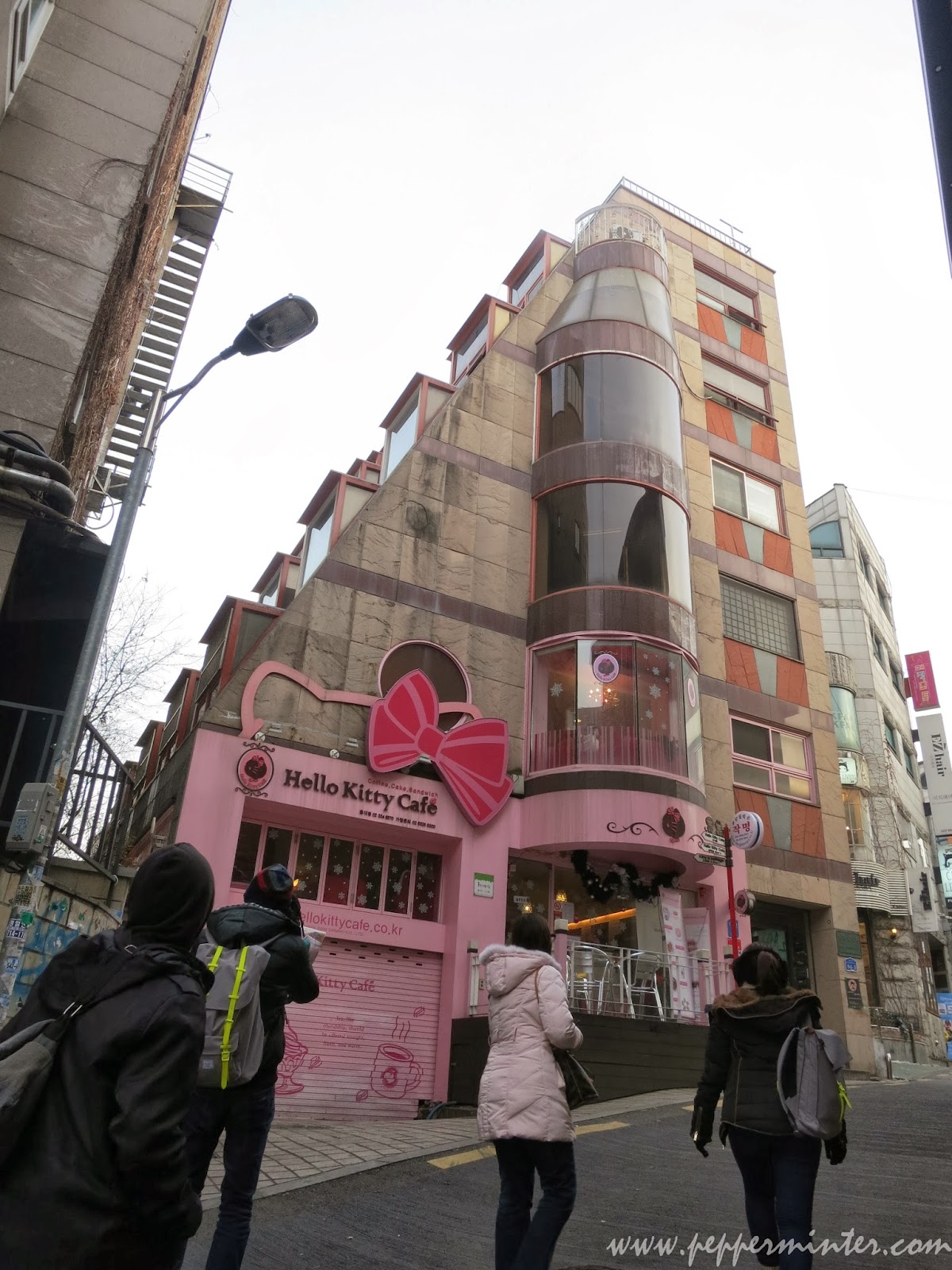 We really took a long time to find this place and man, I would say it's worth the walk. The food is pretty decent even though it's slightly expensive. But for Hello Kitty lovers, it's worth to go.

Anyway, in order to ask around for location, it's best to print out a picture of it so the locals would be able to understand you. We tried asking them where is "hello kitty cafe" they just didn't understand what is that. So picture is advisable. 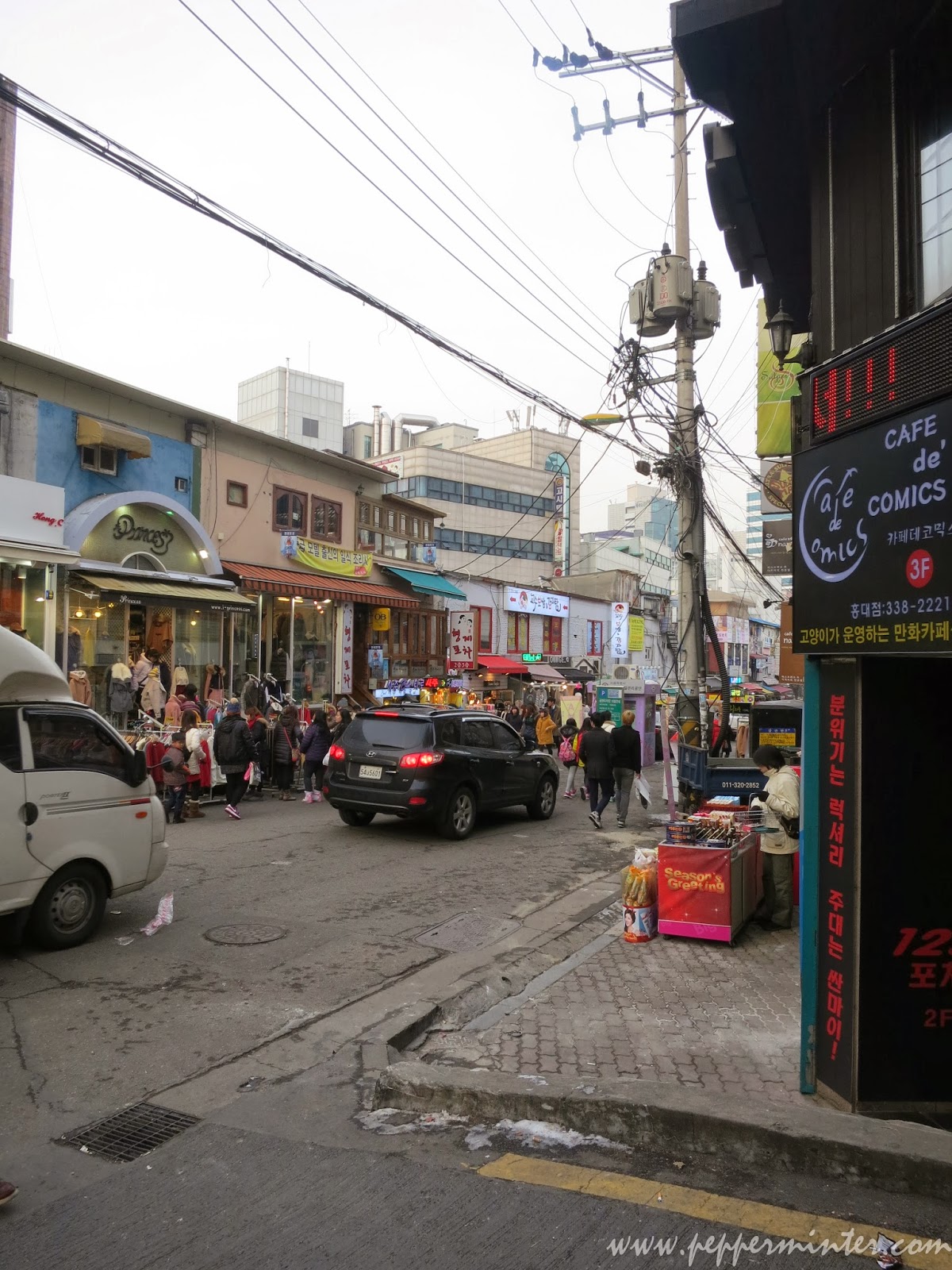 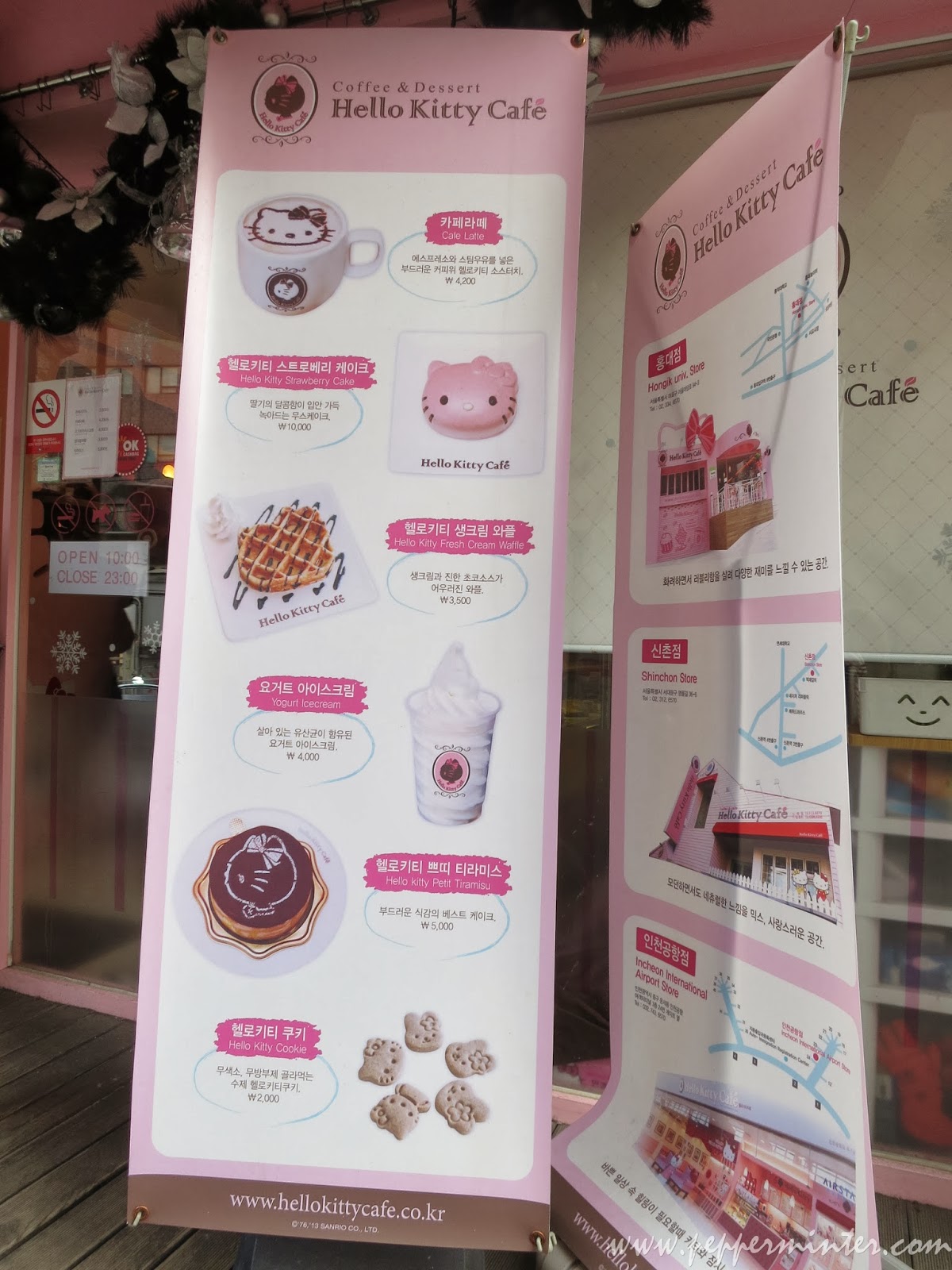 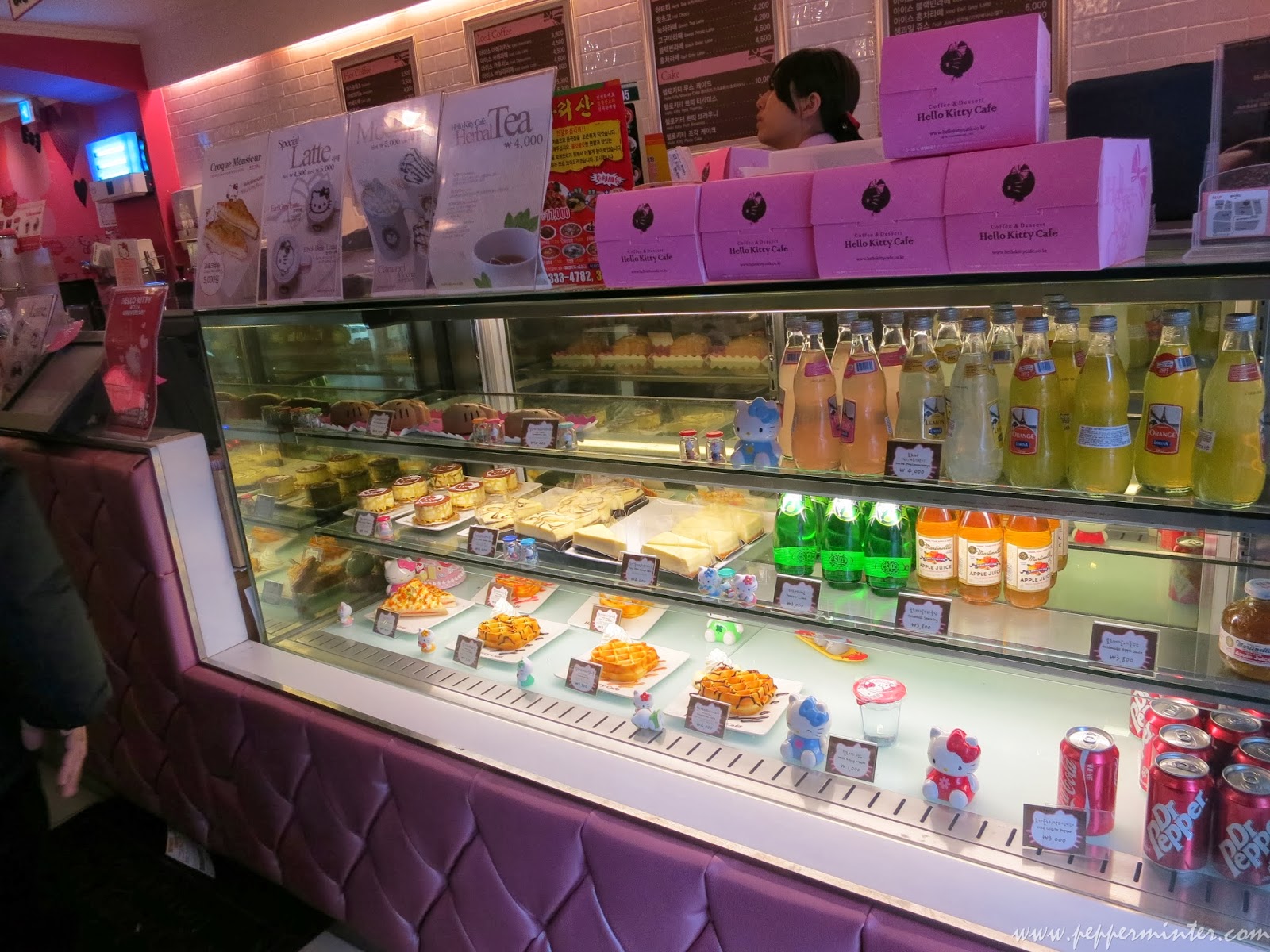 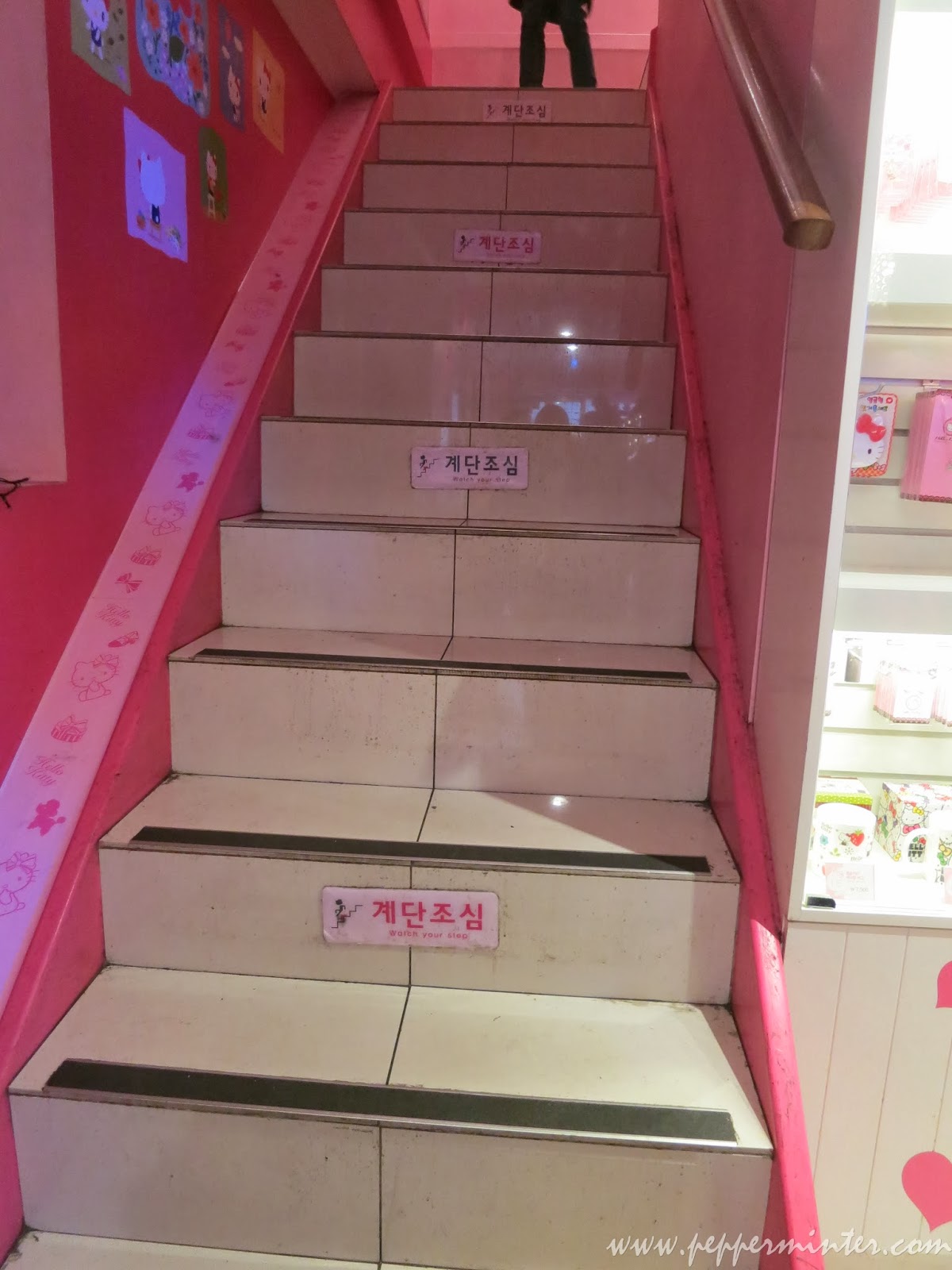 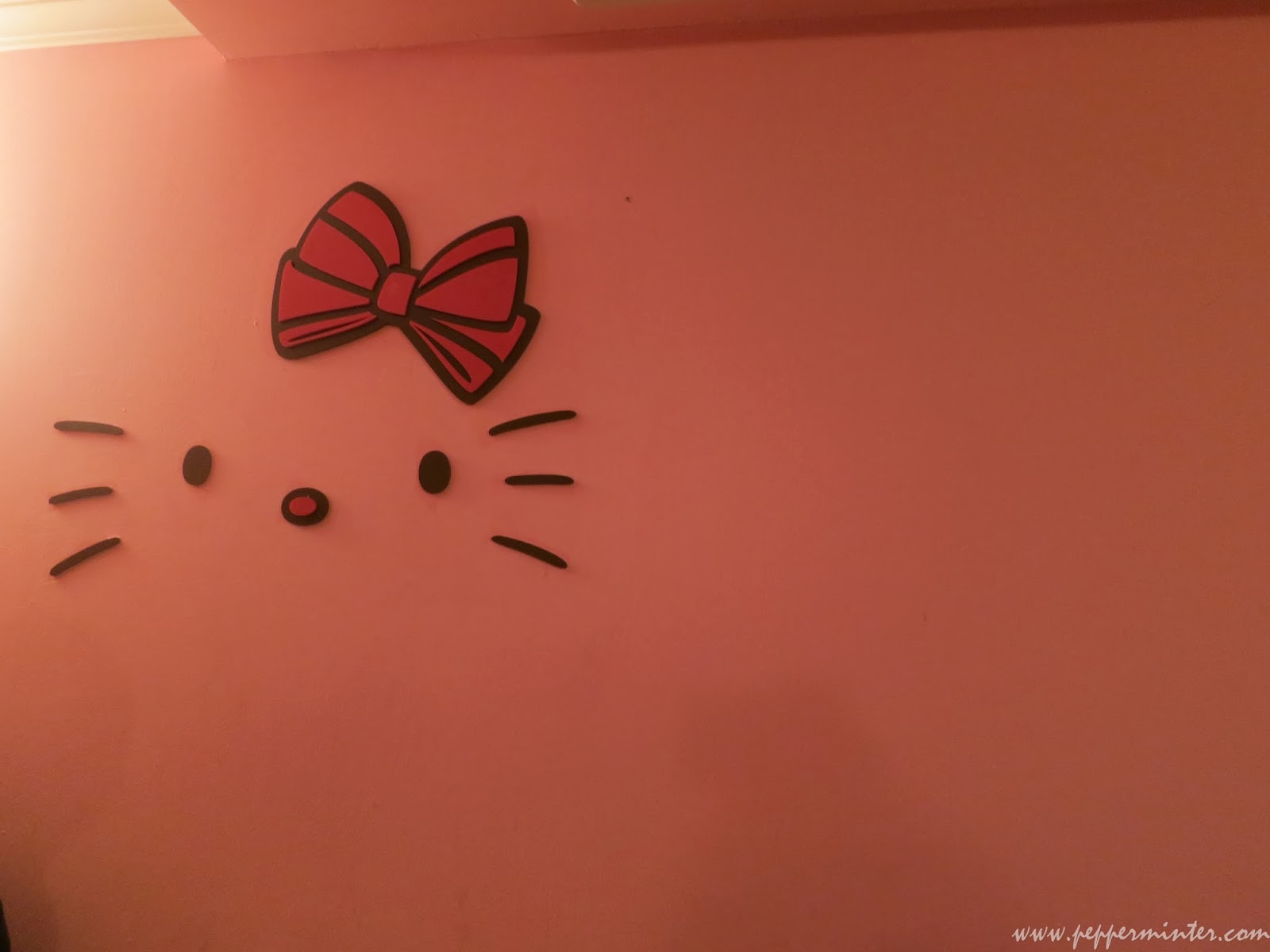 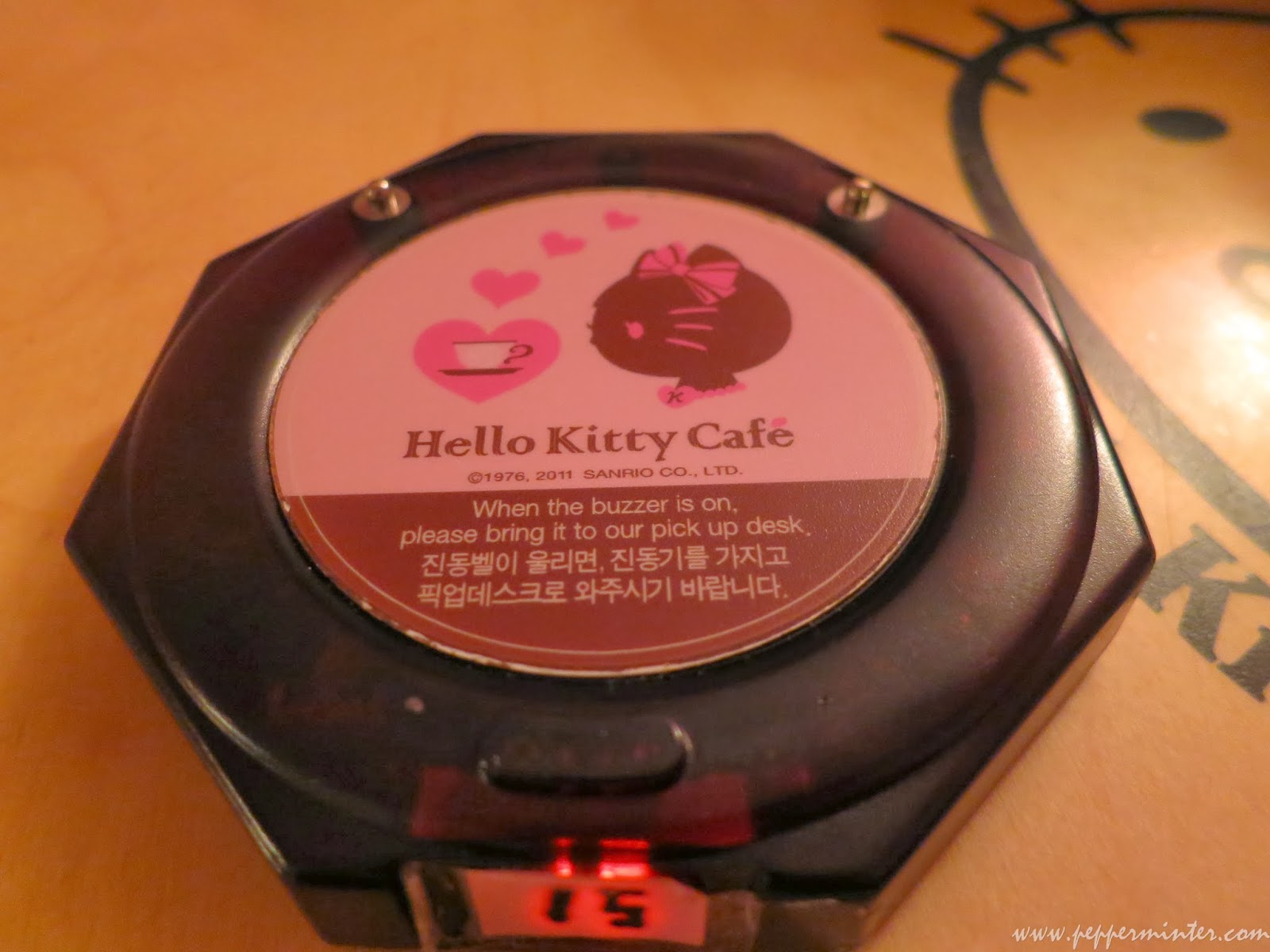 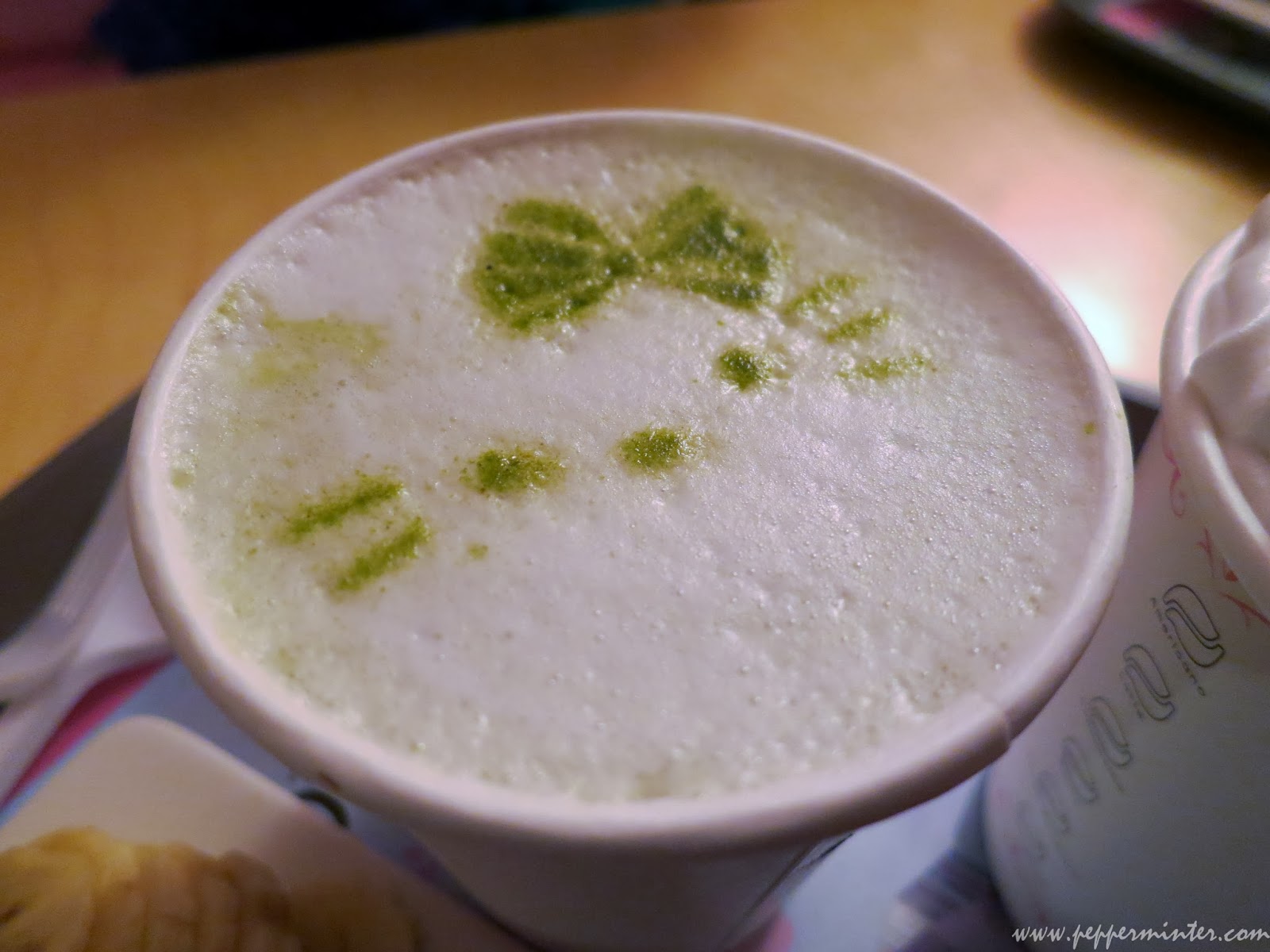 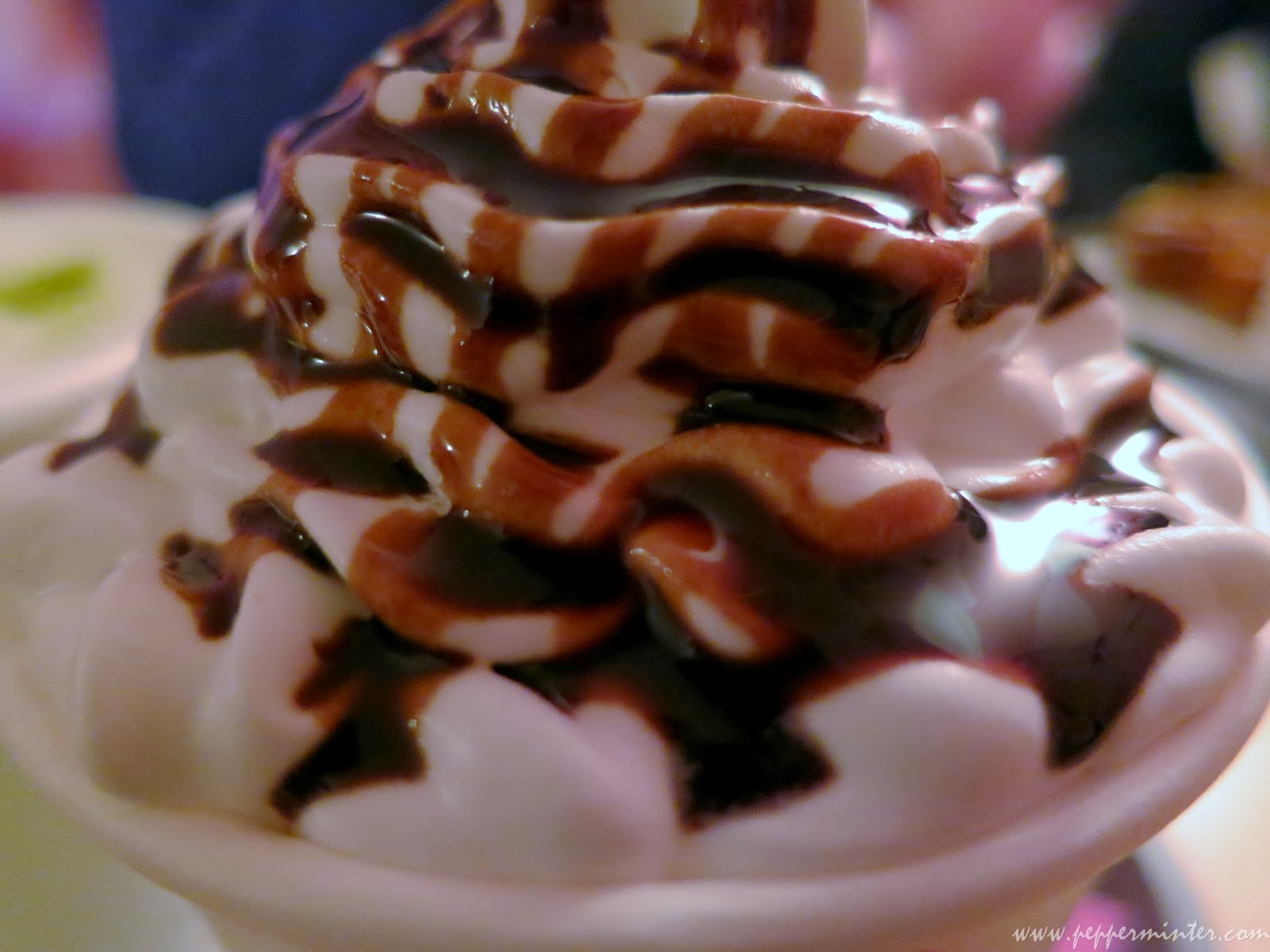 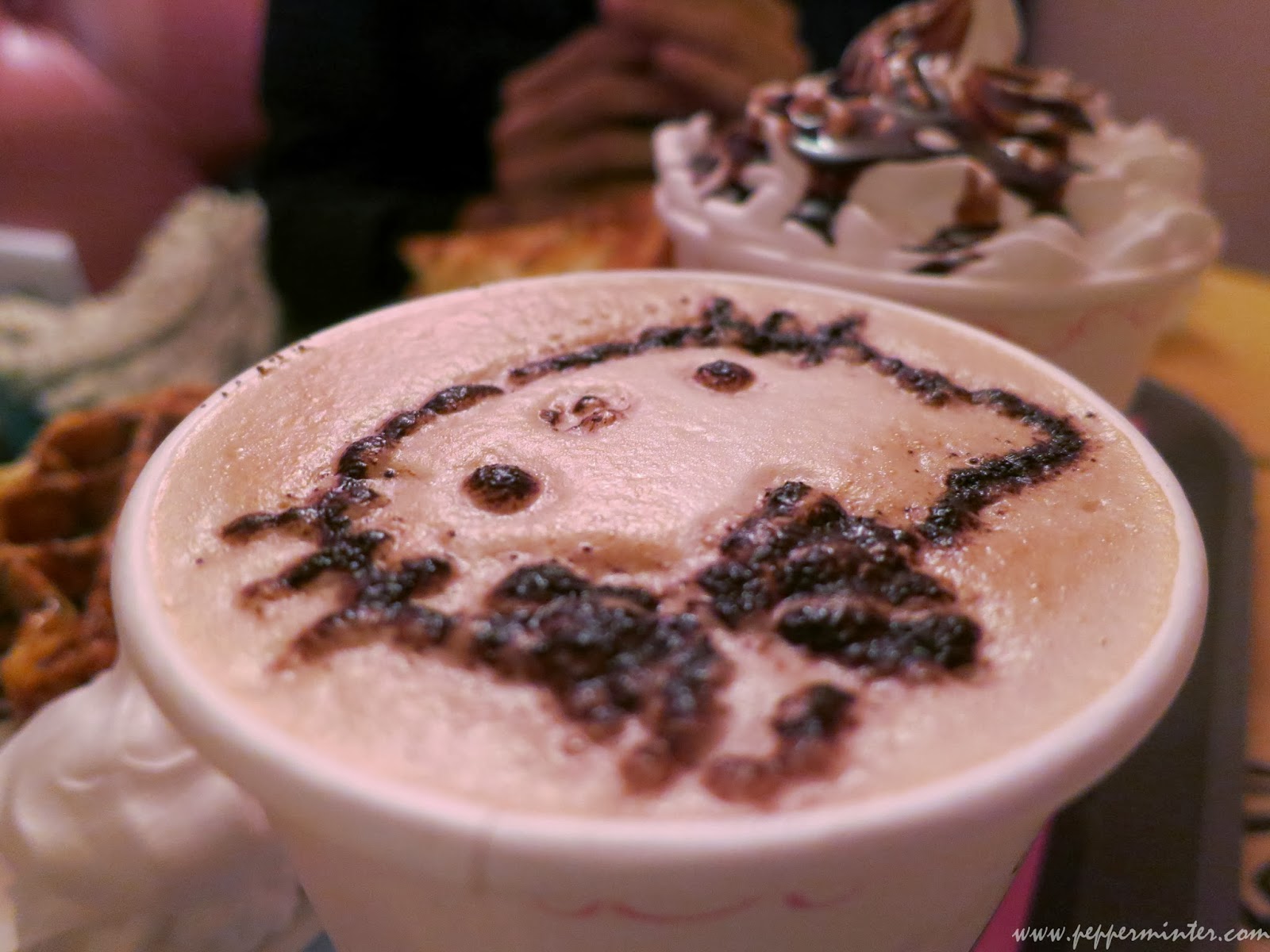 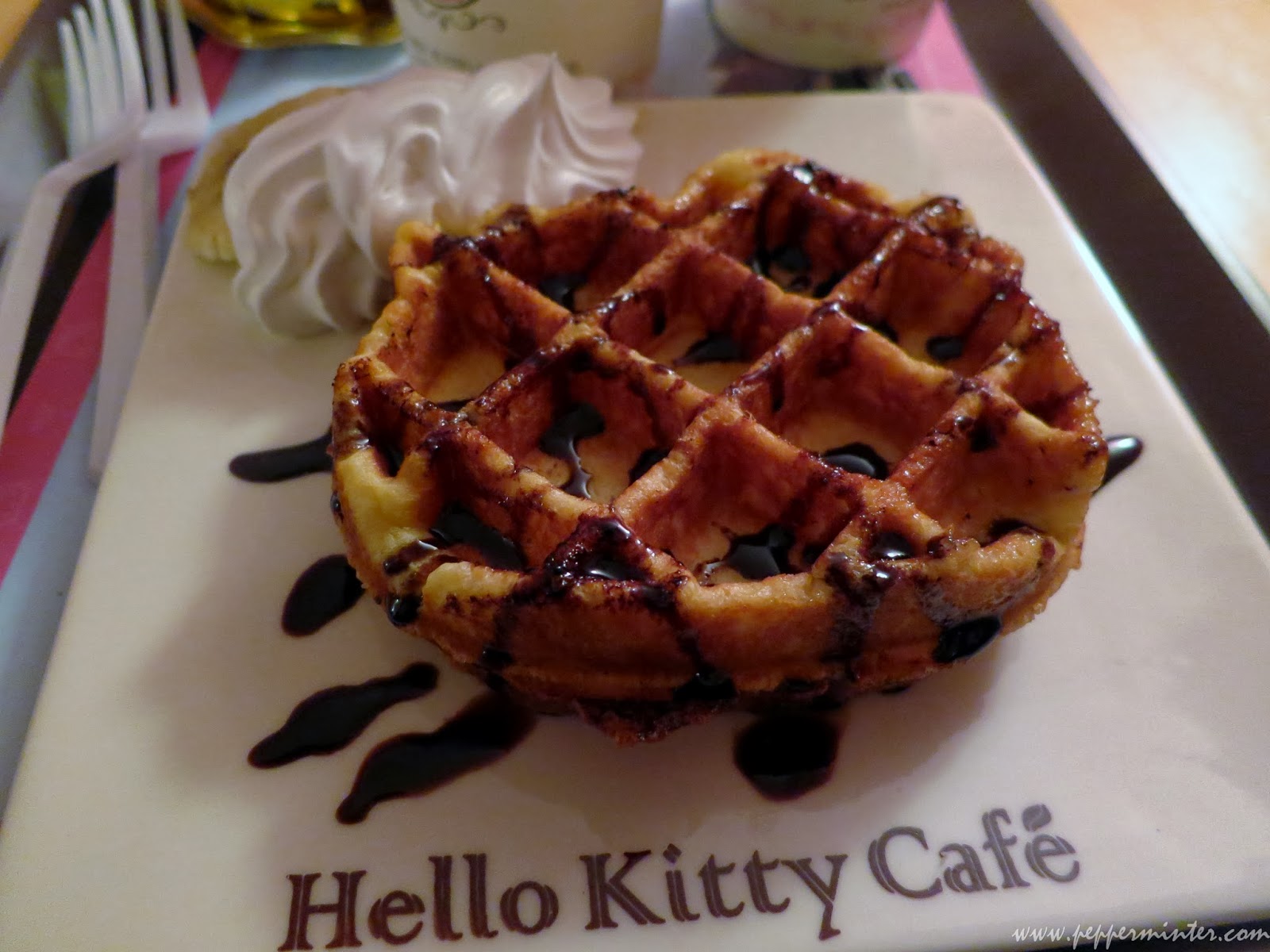 We spent some time in the warm before braving the first night of cold. 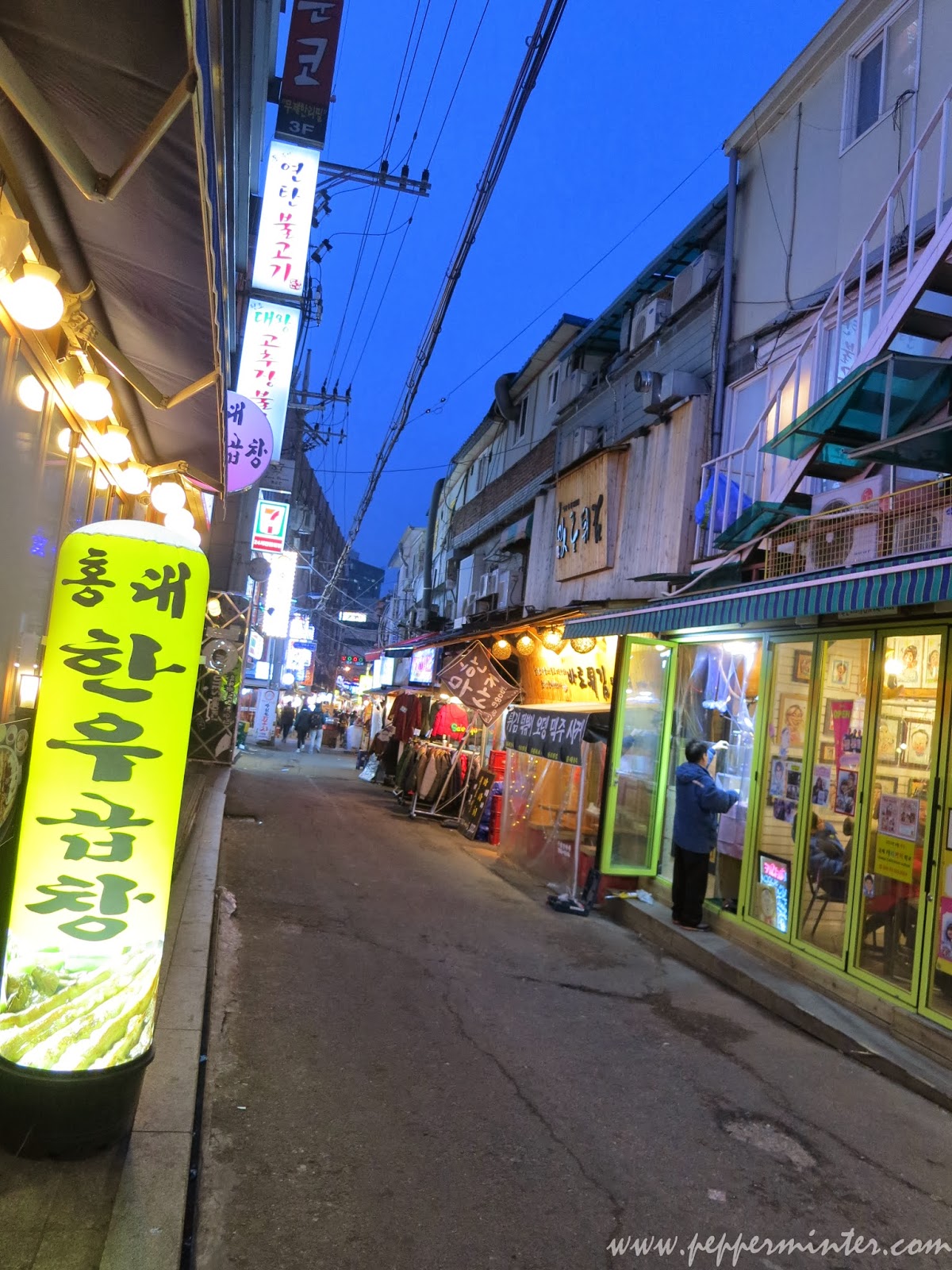 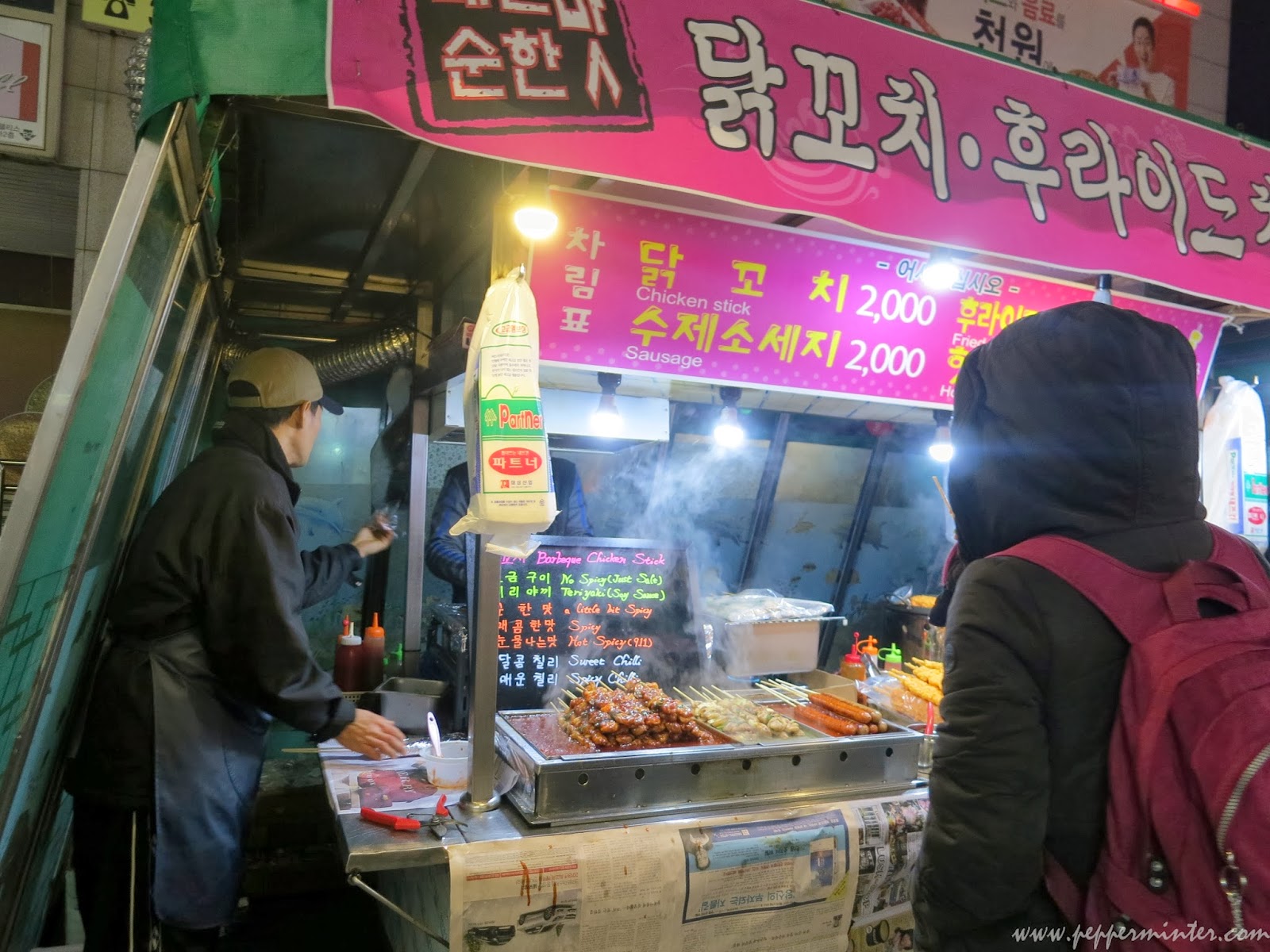 And then.... I was the first to concuss for the whole night. (hahahahahaha)

Exit 5 of Hongik University subway station (green line)
Disclaimer: We only managed to find the cafe after asking the tourist information counter. It was quite a long walk from exit 5. Best to ask passer-by with a print out of the cafe.
Address: 358-112, Seogyo-dong, Mapo-gu, Seoul, Korea.