The other time while dining at Burger Bar at Far East, I saw them selling the tiramisu hero cake in a jar. I didn't try it back then. So here I am today at their cafe located at a quiet street nearby Jalan Besar Stadium. 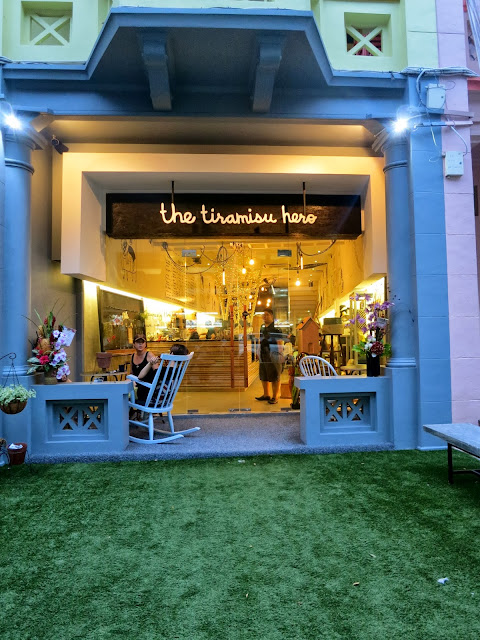 From the google map if you try and find via their address, 121 Tyrwhitt Road, you won't be able to see this store front. So don't panic if you can't find it. It's pretty prominent when you walk pass. 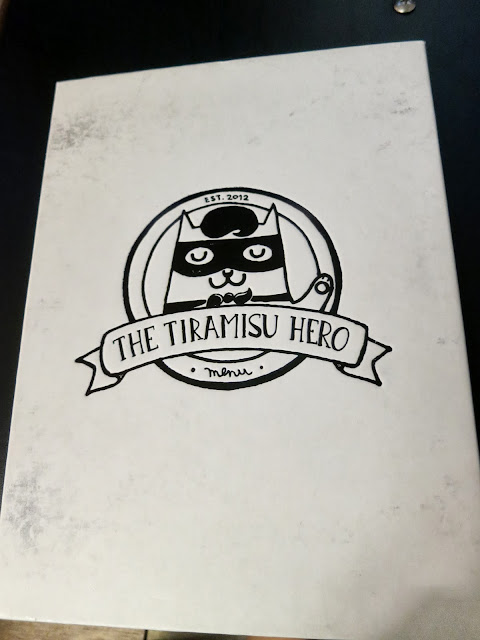 I would say that their menu for main dish is pretty limited... Though they aren't too bad. But not much choices. 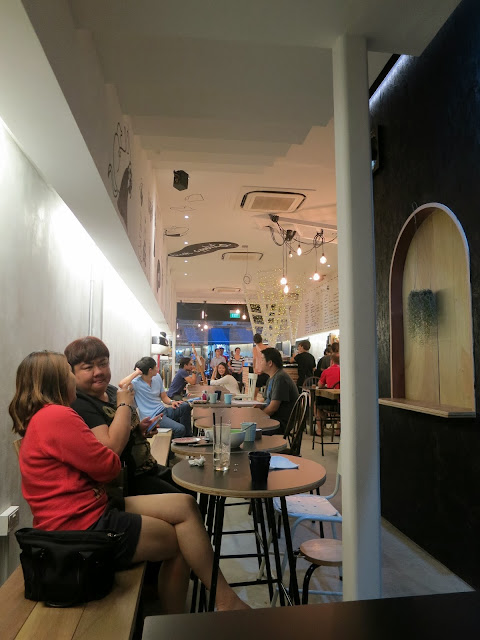 I was there on a Saturday about 7pm, it wasn't packed when I arrived but shortly thereafter the cafe was packed. 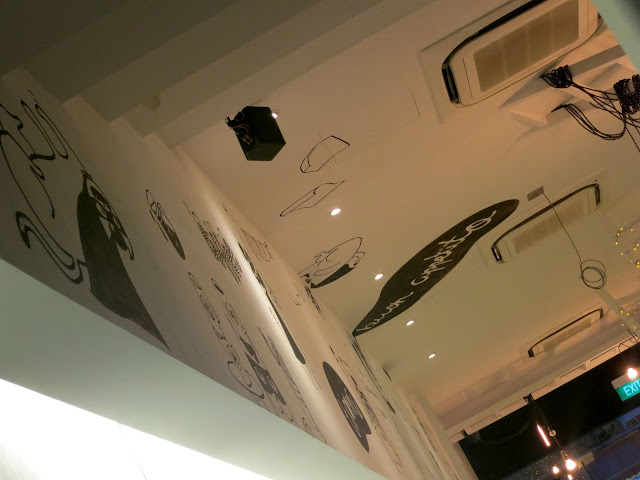 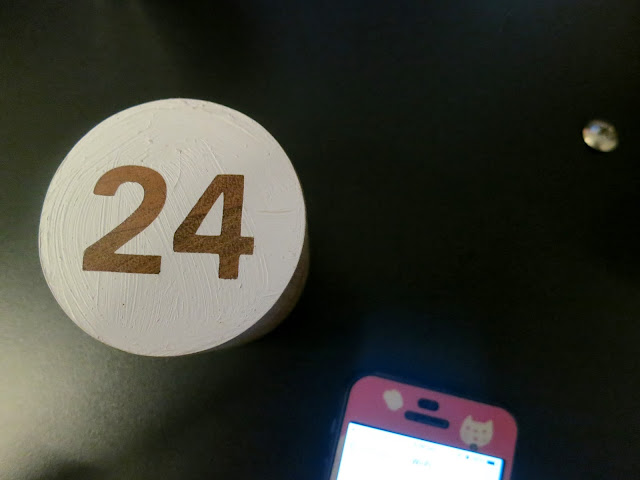 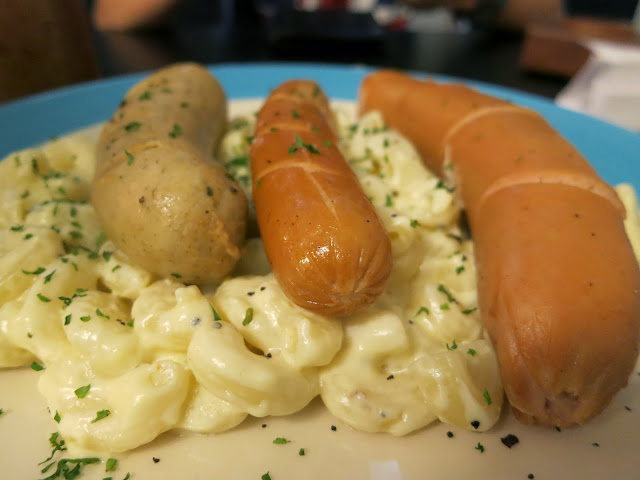 So out of the menu.. I really didn't know what to do. I don't exactly fancy baked salmon (I prefer raw) so I had a hard time trying to decide what to eat.... And finally, I chose this Bangers. Sausages and a choice with either mac & cheese or mashed potato, I chose mac & cheese. 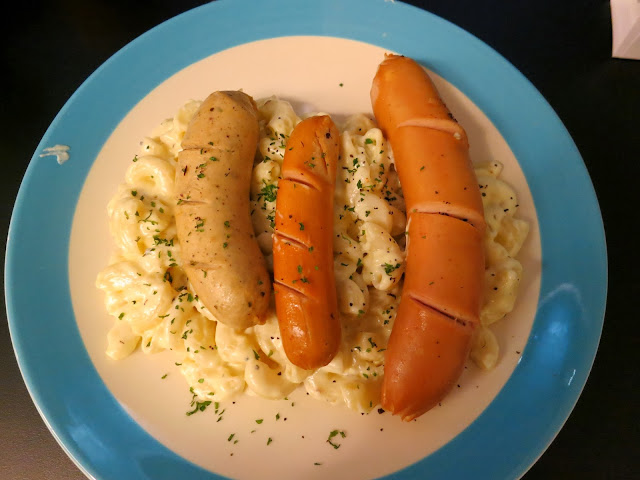 Bangers @ $17
The mac & cheese isn't as nice as Aston's. It's a little blend but maybe because I prefer heavier flavouring. So you prefer something lighter, this would be good. 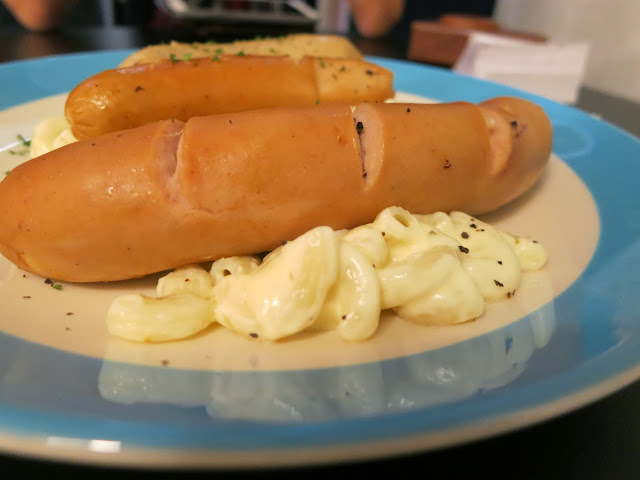 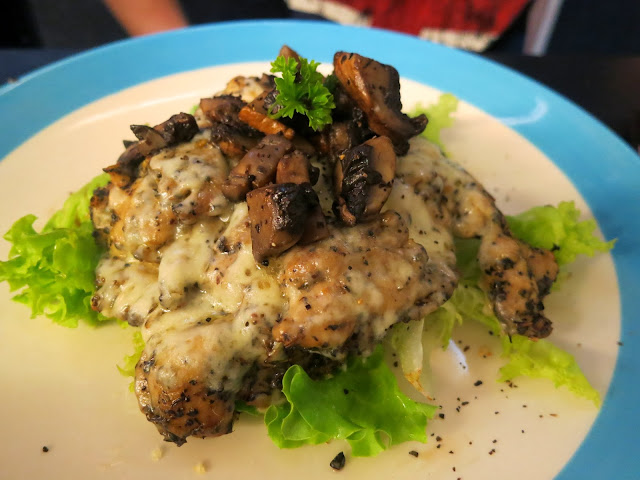 This serving is definitely too small for a guy. But it's the best out of the 4 dishes we ordered. 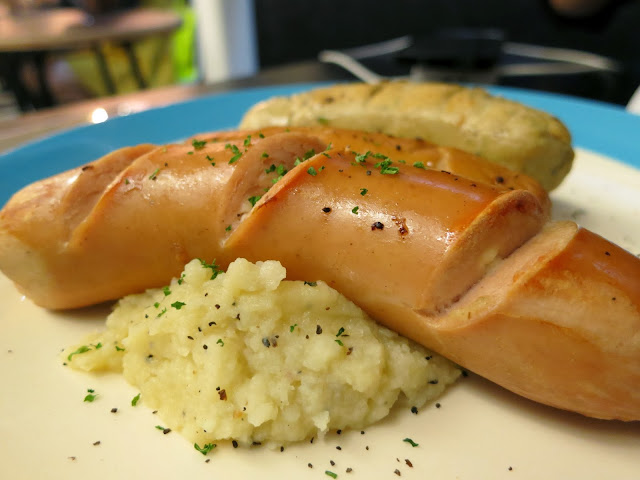 Bangers @ $17 with mashed potatoes instead. 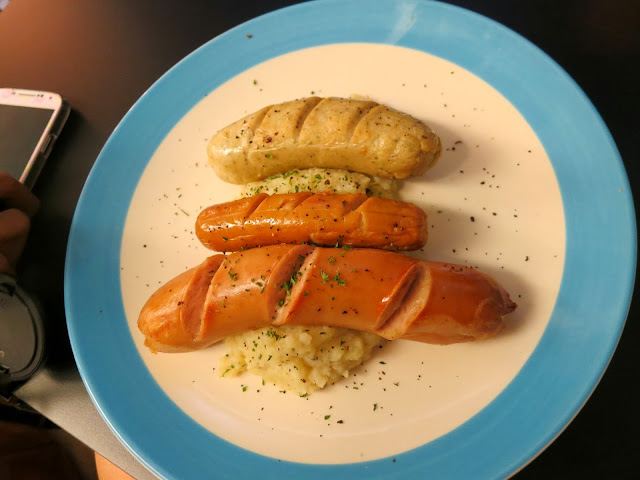 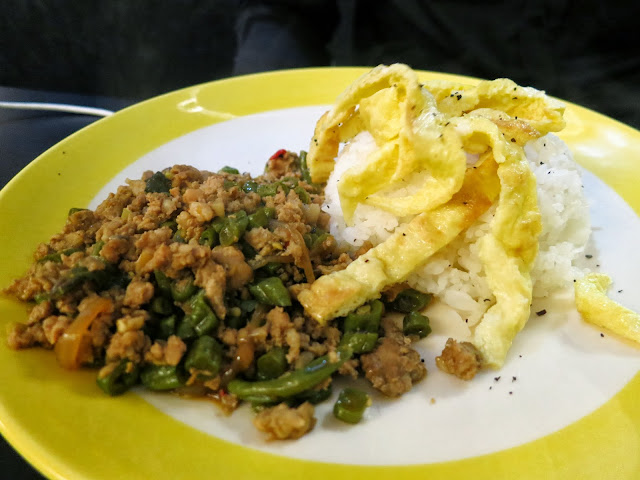 Thai basil pork rice @ $12.50
Feedback by a thai food fanatic says it's nothing fantastic so.... Your choice.

Well, the main purpose was to try their tiramisu so.... 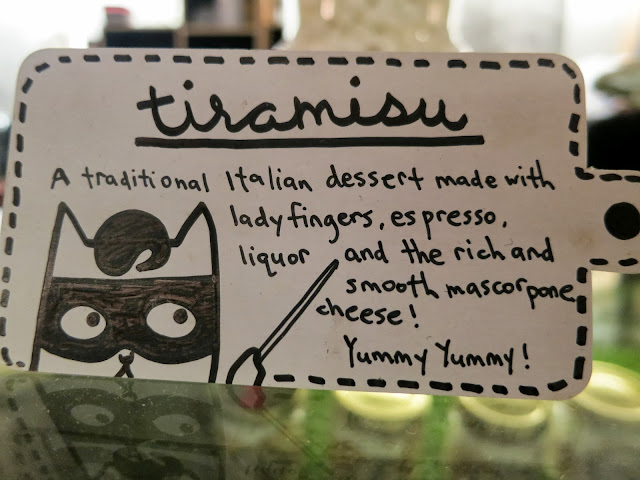 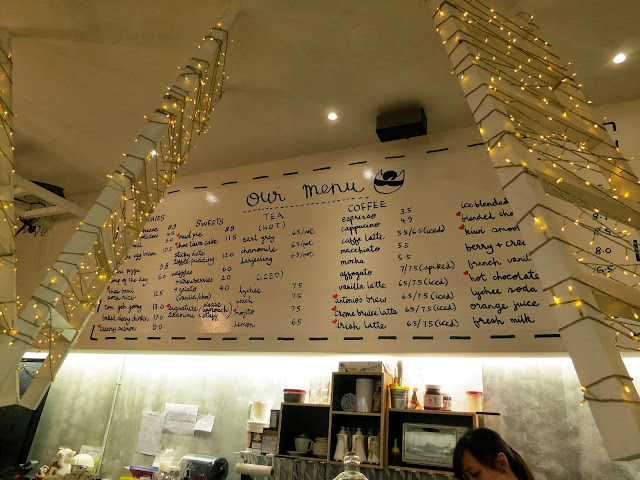 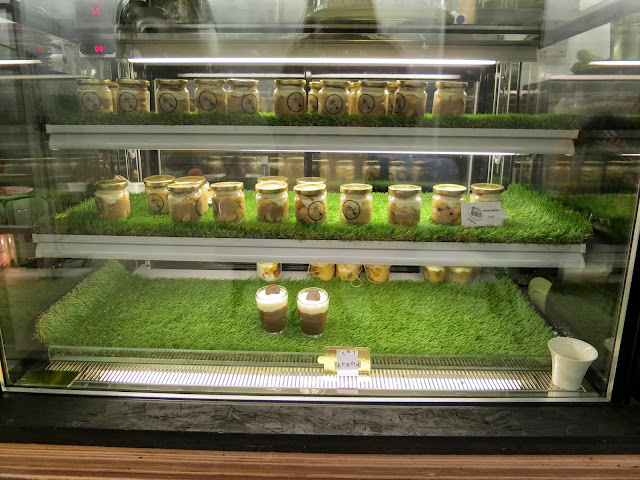 The most unfortunate thing happened to us. There were so many bottles, but all milo.
*big fat sigh*
I was looking forward to trying the original one. But since we came all the way here, we decided to go with the milo, with no choice. 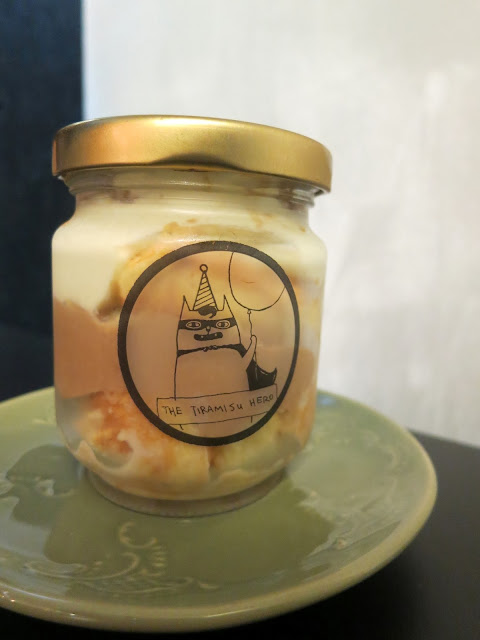 This little jar cost $7.50. (really? We finished it within like 10 mouthful or something.) 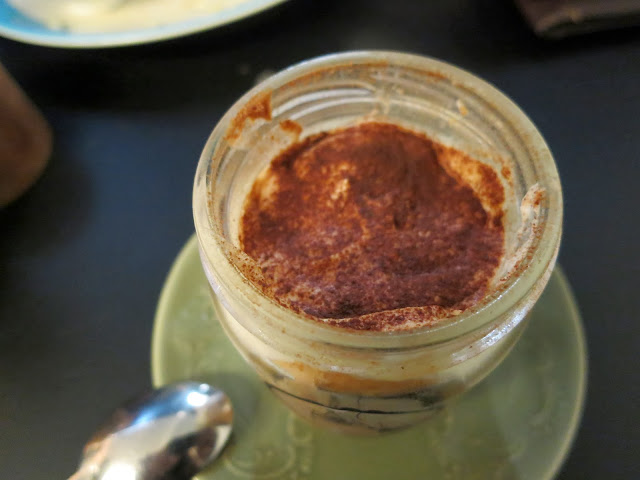 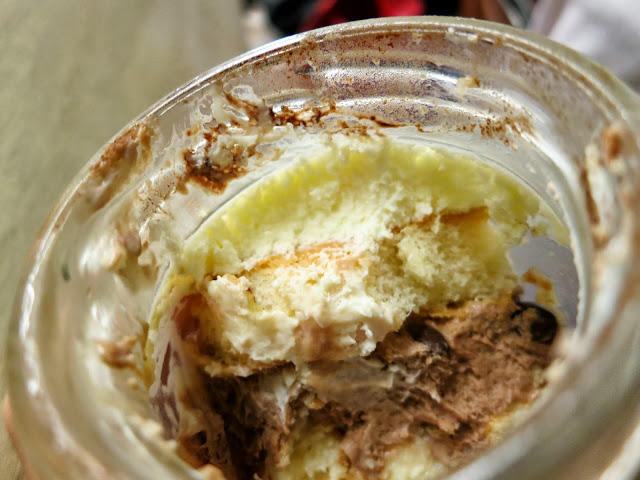 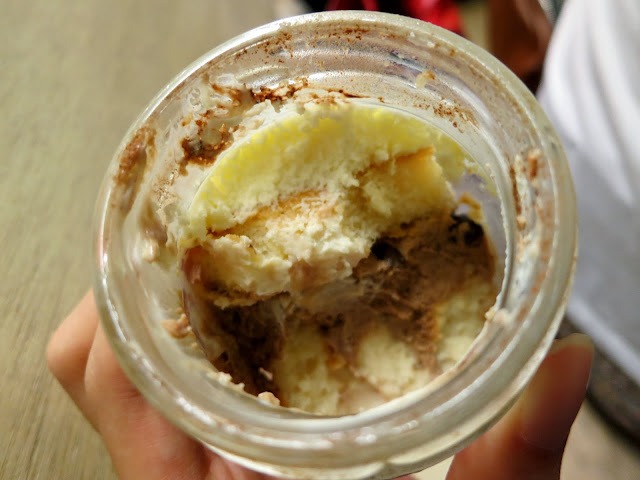 Here's some milo for you. 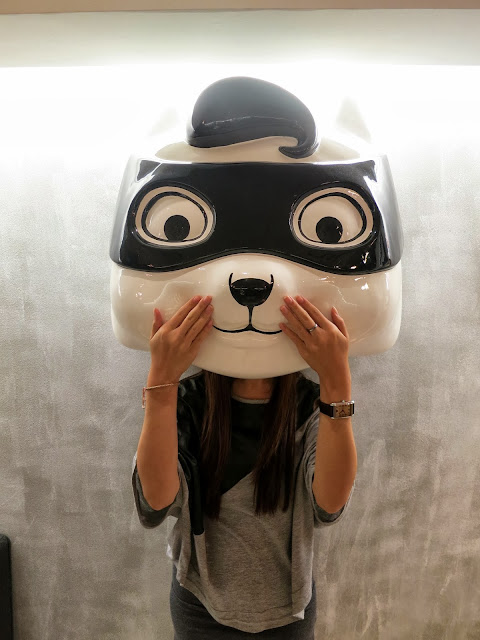 Of course before leaving... here's a shot with me and Sir Antonio! 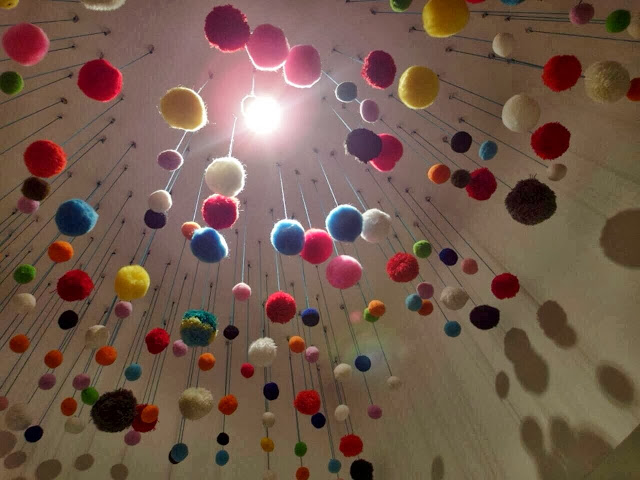 You know where is this amazing place with balls? 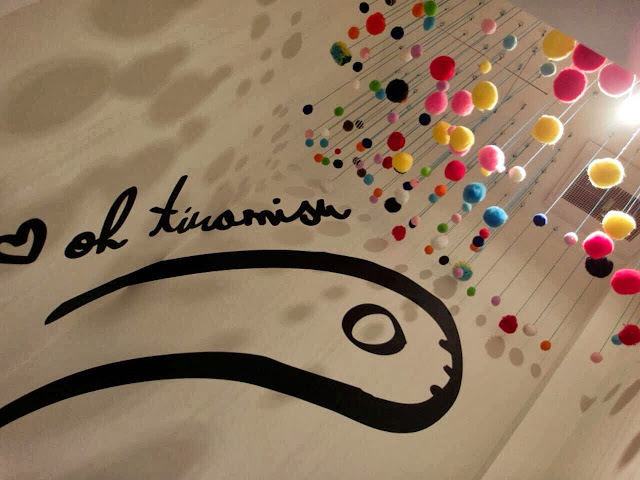 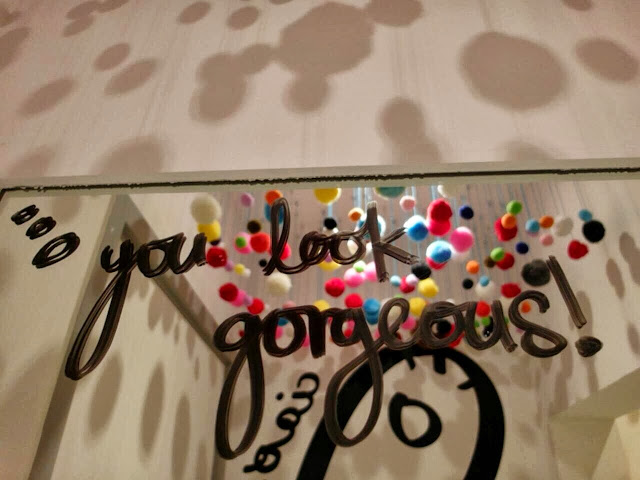 Ask for the toilet, you'd see it.


Well... I'm not a tiramisu fan, neither am I a expert in dessert but to me... This is just. Normal. Really, normal and I feel kinda unfair that I had to travel all the way and no more stocks! (It was just 7pm! Okay, I'm being unreasonable because it wasn't their fault. Probably the business was too good)

I would say... I won't return to the cafe, cause there's nothing really awesome about the main dishes, plus it's pretty out of the way. And, I would rather just get them off shelve from their exclusive retailers.