I chanced upon this newly opened restaurant on 8days magazines and was attracted by 1 particular dish; lychee pork. I love lychees, and I love pork, so it was kinda like a 'best combination' for me. I was pretty keen to try that out and hence yes, I made a trip with my girlfriend over. Probably one of my better food companion as she's quite the guru when it comes to ingredients and the food industry in general.

I didn't realize that it was opened by Celebrity Chef Daniel Koh until she mentioned it to me. (I was probably just too focused on the design of the restaurant and the lychee pork.)

Located at a quiet corner at basement 2 of Chinatown Point, you'd be able to see Le Cuisine. The first look at this restaurant, I was impressed. I like how brightly lit the entire restaurant was and of course the sweet 'london-ish' feel to me (I've not been to the real London so pardon if my views differs from yours).

Even though I made reservations for us but it wasn't really necessary because from 7 to about 9pm while we were there, the restaurant was only about 1/2 filled. Still, I would recommend you making them. Anyway, the website has this function for your to reserve online... don't bother using it. They ignored me. Only when I called then my reservations were taken.

I reached before my dining companion did, so I took some shots of the restaurant while waiting. 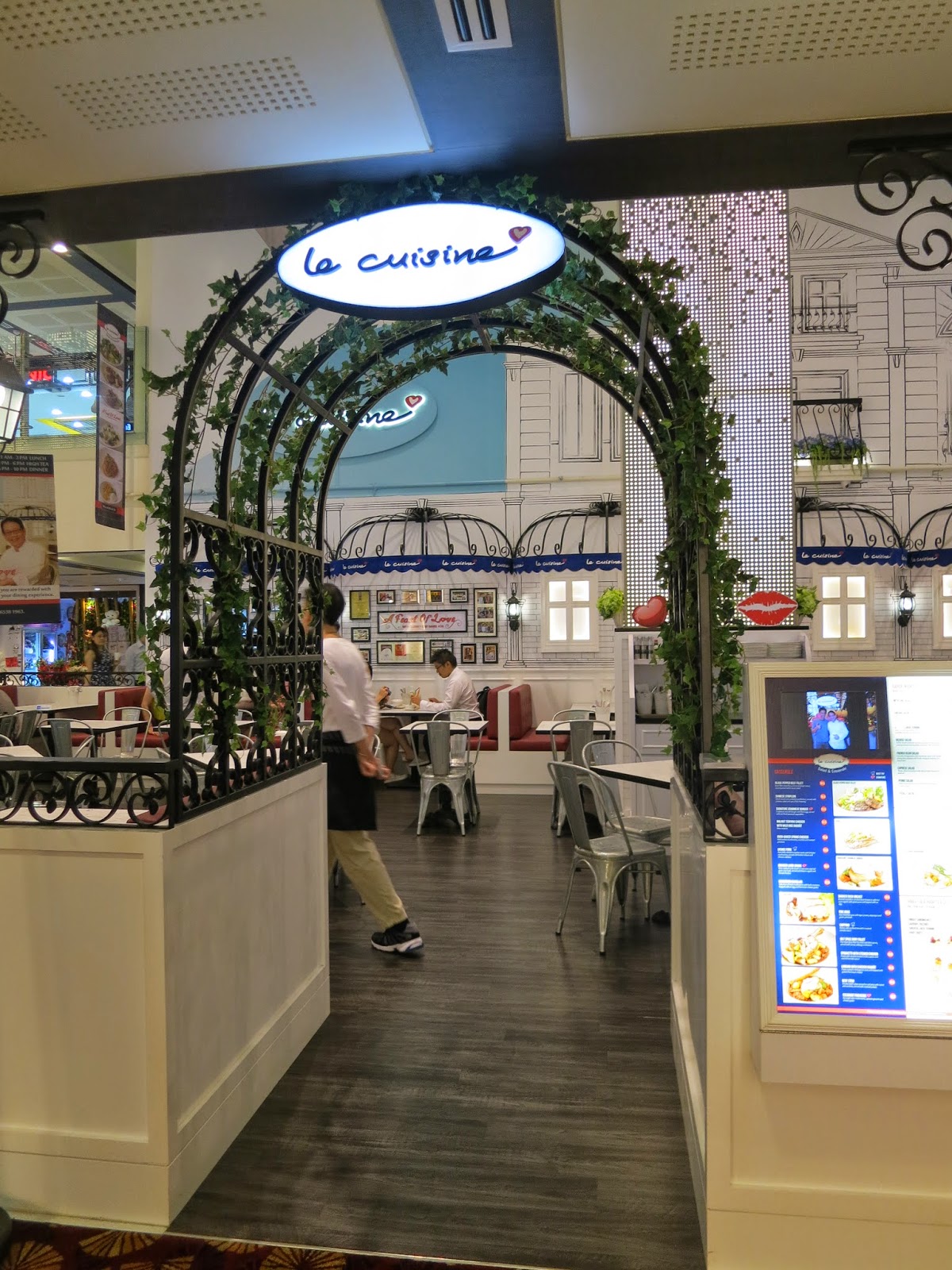 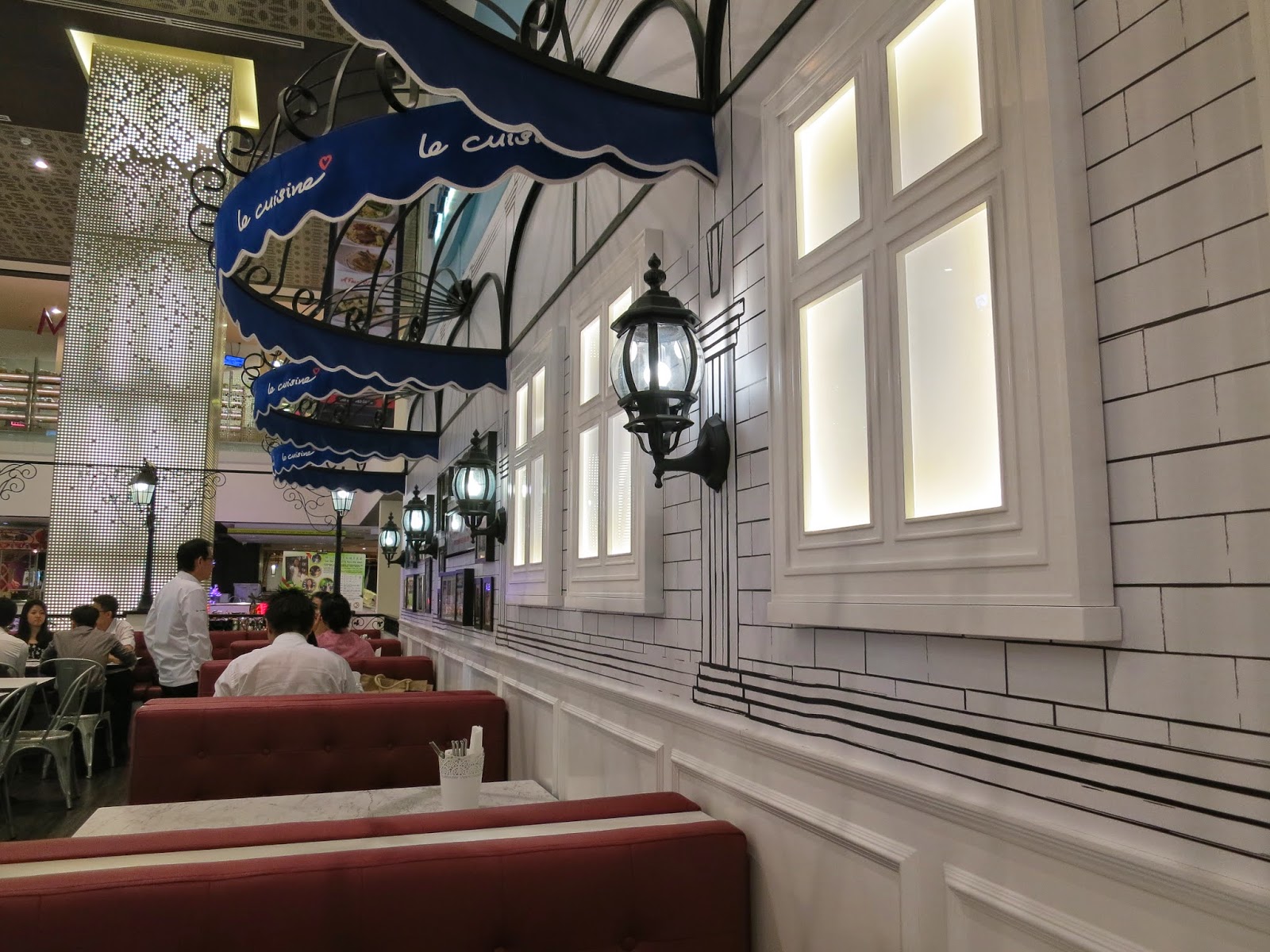 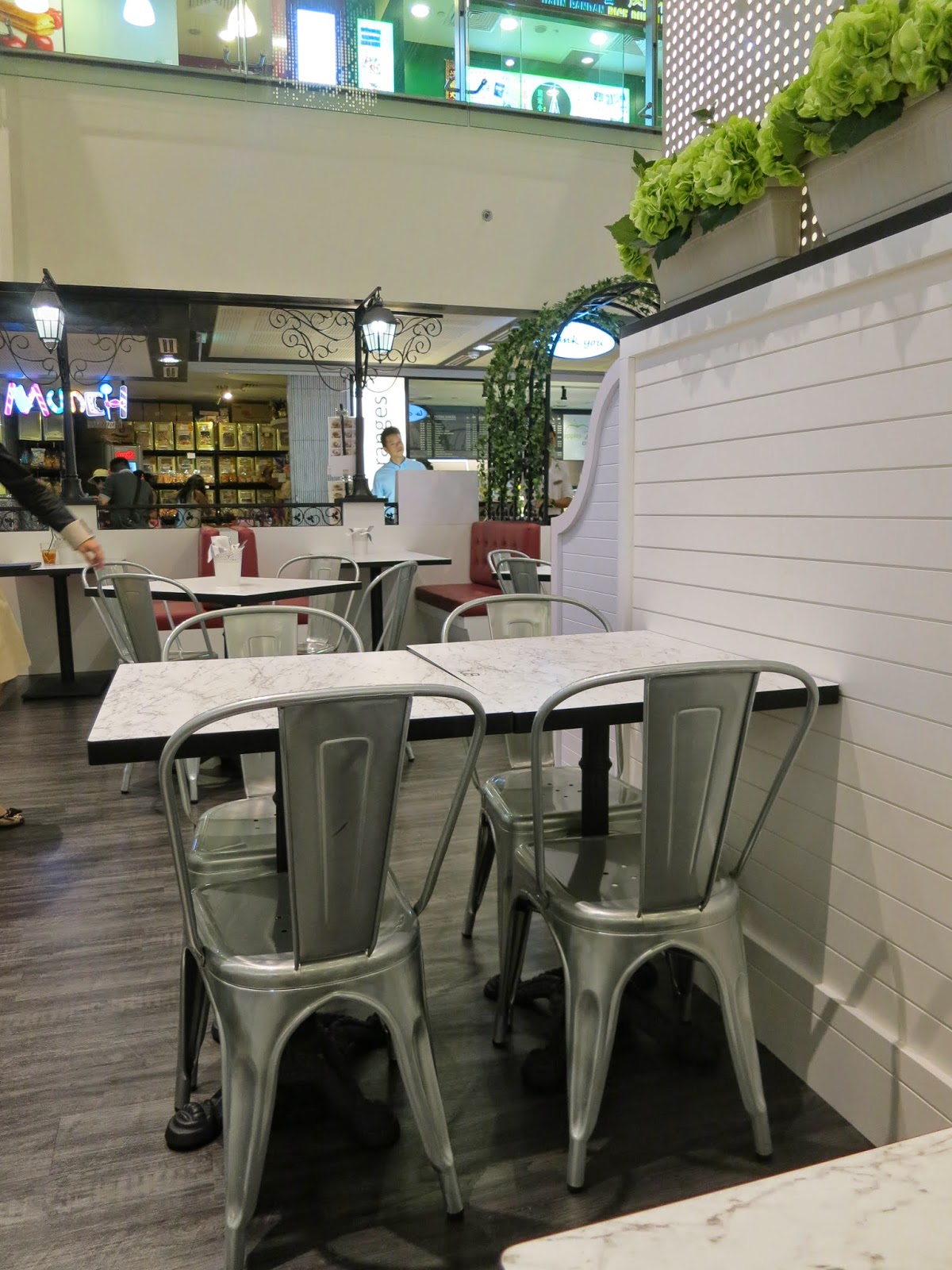 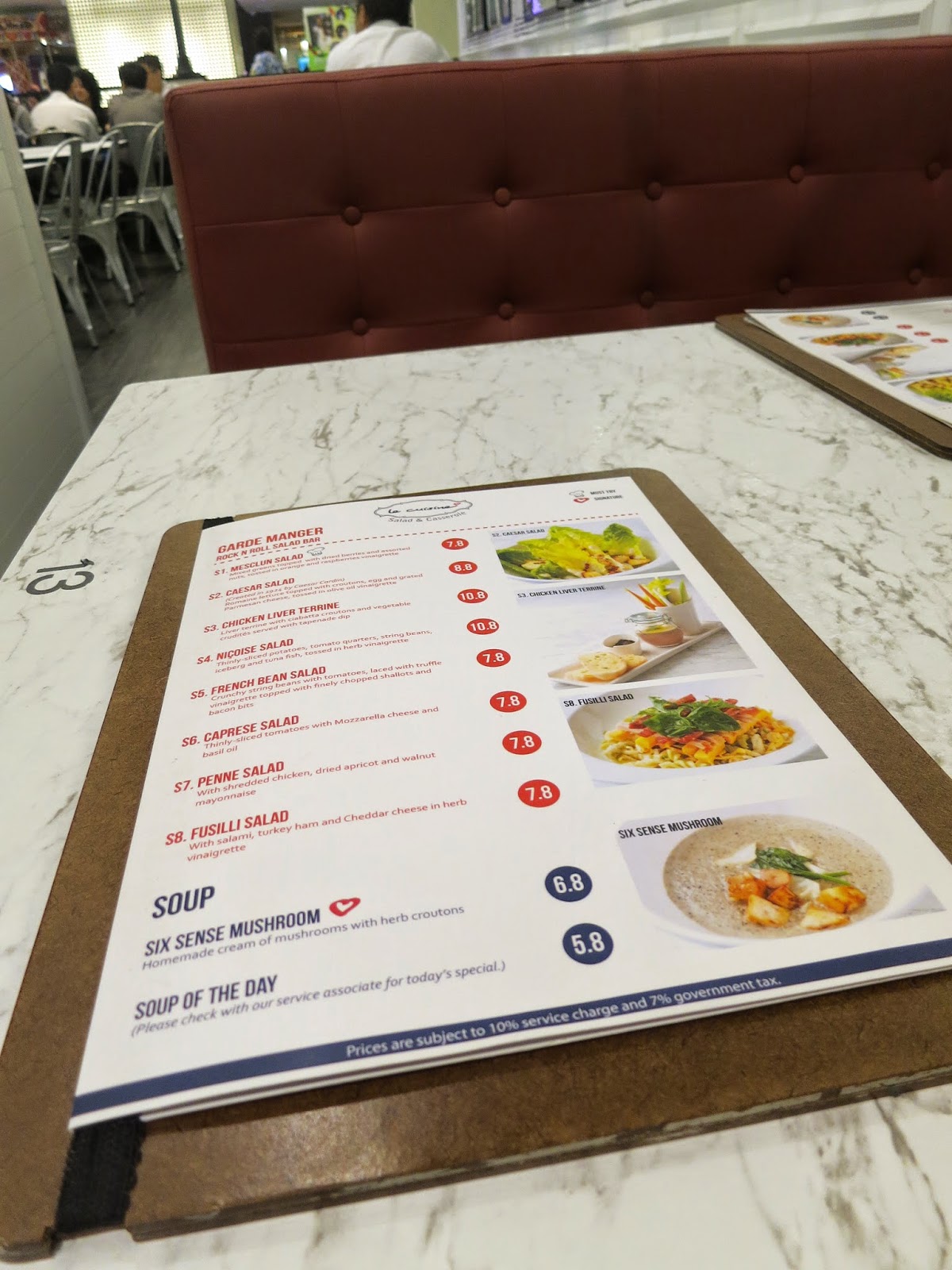 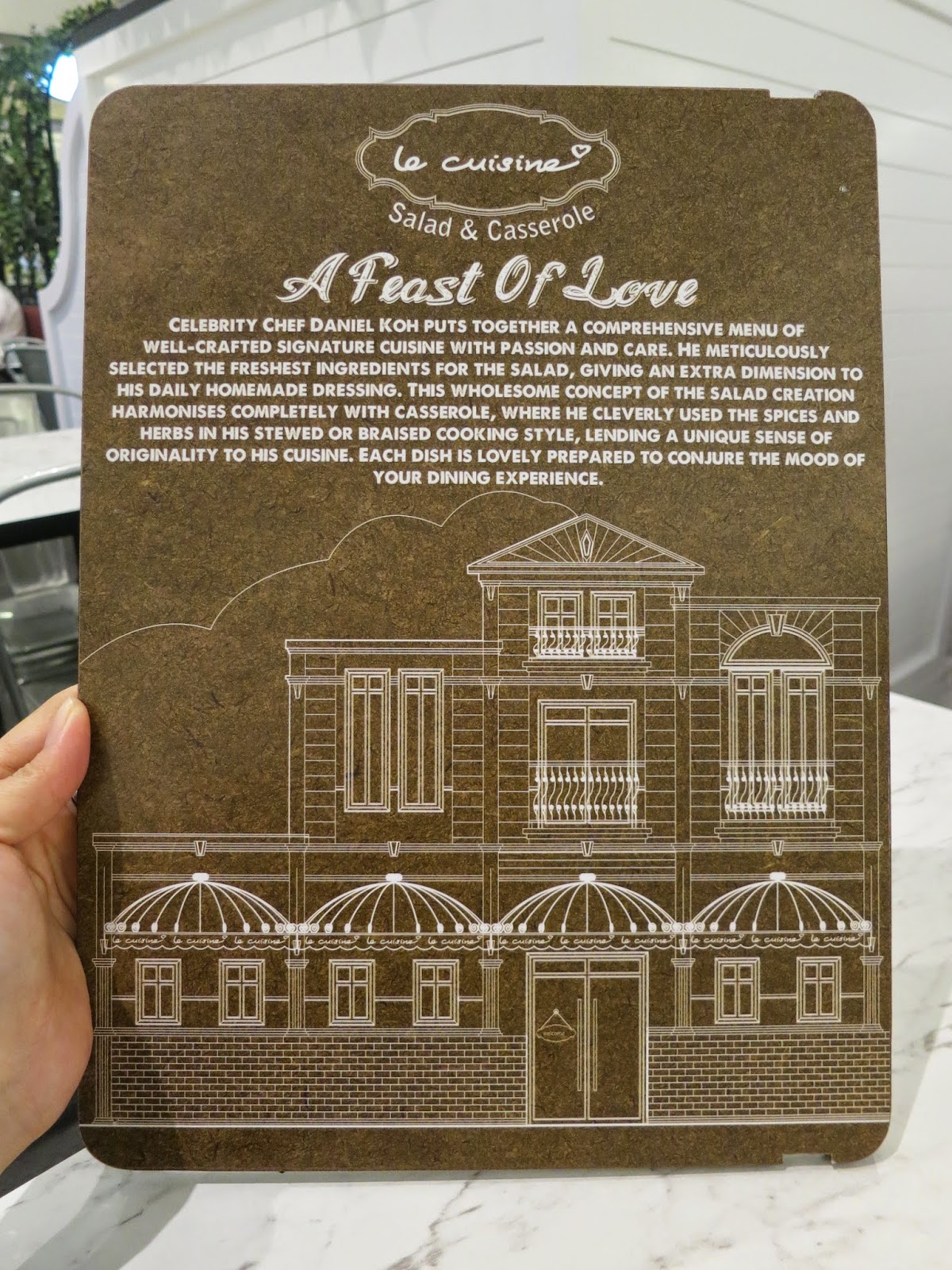 Their menu isn't crazily extensive but a decent selection for me to have a headache of what to eat. I was contemplating between the crab burger or the lychee pork... and I couldn't choose between the desserts too... 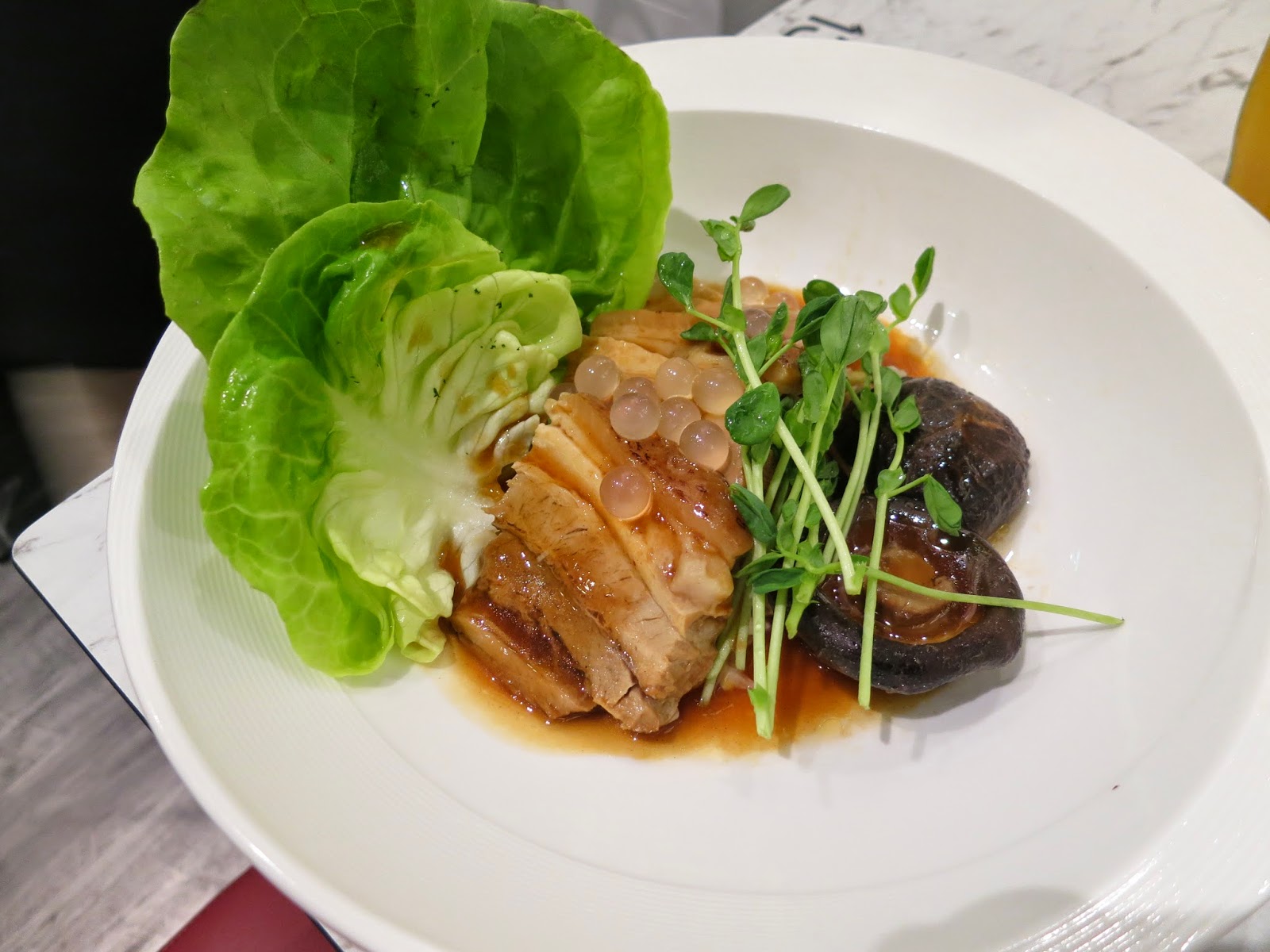 It was refreshing even though the pork belly was slightly tough to chew but overall it was good. A very unique taste and it went well. 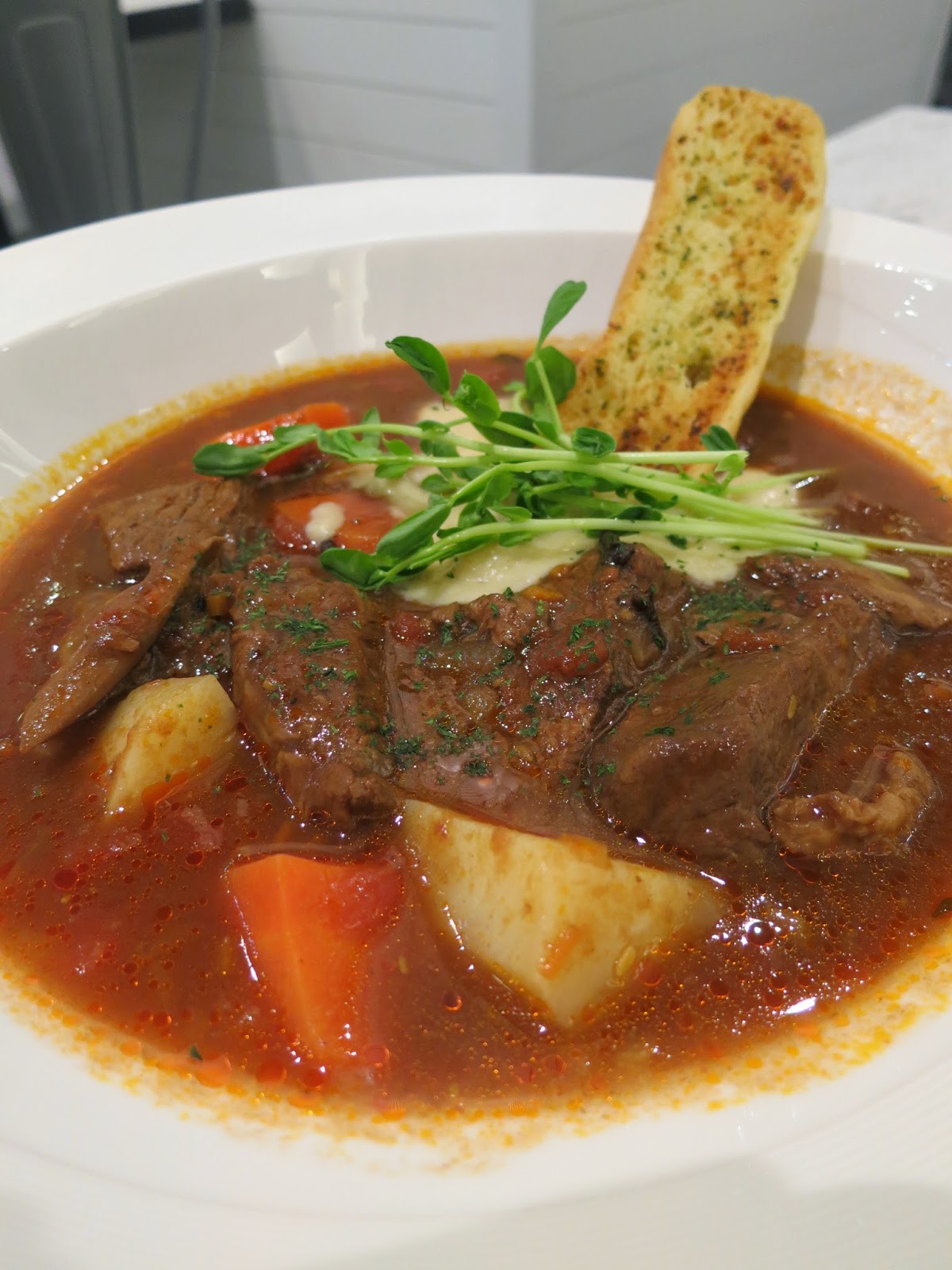 My dining companion had this and she mentioned that beef used in these stews are usually quite 'tough' but this is softer then the usual and it's pretty good. I had a piece from her and yup, it was good. I don't like this 'beefy' taste/smell and this stew totally didn't had that.

She wanted wanted to order the Chocolate Fondant but they were out that day so off from the menu the waitress recommended her creme brulee. Of course, she's almost an expert in that, she took up the offer.


The fruit cocktail was bullshit. The slices of the grapes were so thin I didn't even know it was grapes. Give better pieces can? Anyway, that aside, the bread and pudding was good. I enjoyed it very much and I'm not exactly a very big fan of vanilla (I would usually go for something else if I have a choice) but this was pretty good. The combination made it well. Like bread and pudding? Try this. 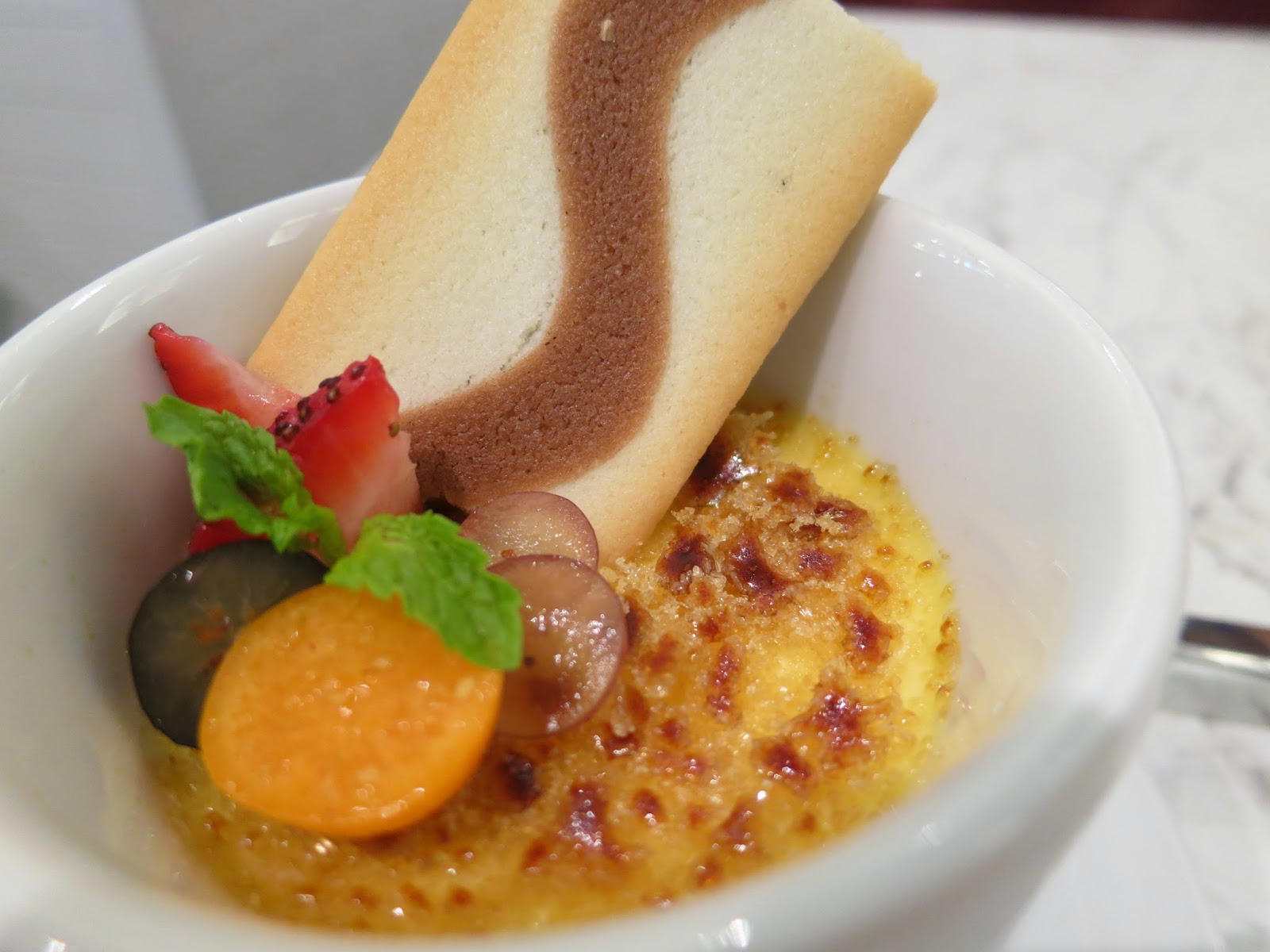 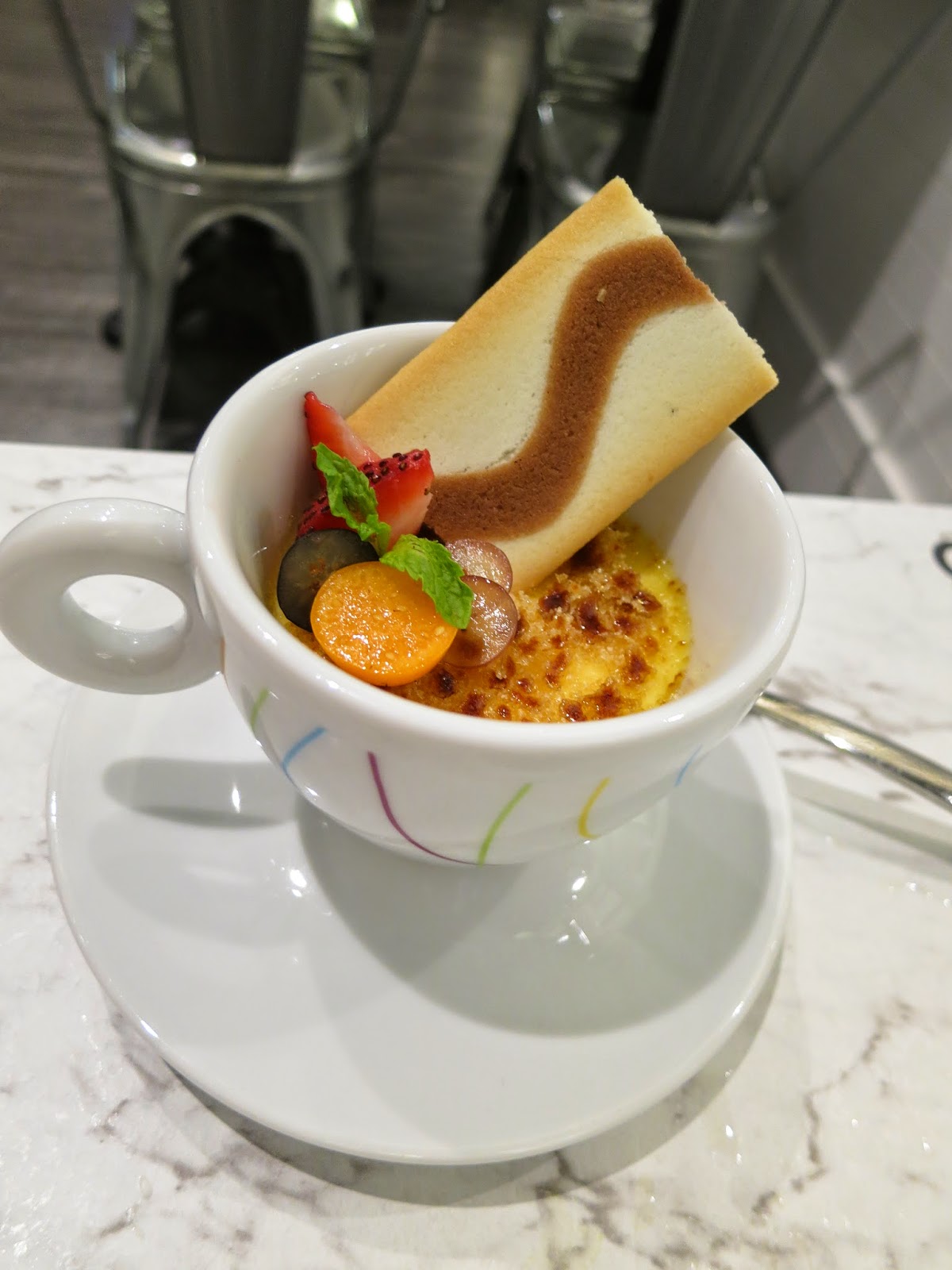 A recap... my girlfriend loves creme brulee, and she's probably eaten way more then I have. And, she didn't finish it.

No need to say more. Skip this that's off the menu.

We spent roughly about $55 for 2 pax. It would fall on my mid-range spending.